Now that lunchtime is definitely over on the West Coast, and since WotC was also courteous enough to confirm it in a tweet, it appears that there are no imminent changes coming to Pioneer in the aftermath of two weekends of Regional Players Tour and MagicFest events that saw the rise to prominence of the Dimir Inverter and Lotus Breach archetypes.

By the time this article goes live, it is very likely that both of these decks will have been covered exhaustively, as well as the obvious answers to it (e.g. Damping Sphere, Rest in Peace). So instead, what I am thinking of looking into is the cards that can easily be overlooked in the format as it stands right now, from sideboard options to new techs and builds that have a solid chance of becoming fixtures until there is an announcement of an upcoming B&R announcement...

Metagame answers as of PT Phoenix

The particularity of the Americas RPT that took place in Arizona this past weekend is that it happened a full week after the Europe and Asia RPT's. As such, the dramatic changes to Pioneer brought by Theros Beyond Death had already been in full display, as it is not that much of an exaggeration to say that Thassa's Oracle and Underworld Breach really shook the format out of its midrange lull.

On Day 1 of the tournament, the metagame was shaped as per the graphic below:

As can be expected, competitors came prepared and chose the following tools for the sideboarding options:

Answers that should see more play

Between the Players Tour and the Grand Prix, MagicFest Phoenix featured both new archetypes and updated takes on existing ones. StarCityGames was also running an Open and a Classic in Pioneer (the Open was a Team event though). Let us have a look first at the winner of GP Phoenix:

In a previous article I had mentioned how Chonky Red had taken over as the Mono-Red version of choice, but things have obviously changed and now speed is more of a factor. There are two cards that jump out from this build: Rampaging Ferocidon and Eldrazi Obligator. The former feels like it is aimed at preventing the Heliod/Ballista combo from going off (as well as limiting the chances of recovery if the game drags a little), while the latter is an intriguing strategic choice. On its face, 3/1 Haste for 3 CMC is average but still fits the aggressive motto of the deck; where it gets interesting however is that Eldrazi Obligator allows stealing an Inverter of Truth or an Uro, Titan of Nature's Wrath for a huge swing. Obligator is the only reason to run Battlefield Forge in addition to Mutavault since it provides four more sources of colorless mana, required for Obligator's triggered ability. And since there is access to colorless, why not run four copies of Thought-Knot Seer out of the sideboard?

The surprise deck of RPT Phoenix is arguably this Orzhov Midrange build:

There is a lot to digest here, but also a lot to love! Both Gideon of the Trials and Gideon, Ally of Zendikar are in the main (see discussion above), some early and efficient threats in Knight of the Ebon Legion, Scrapheap Scrounger and History of Benalia, complemented by the traditional control package of Thoughtseize/Fatal Push with a sprinkle of Anguished Unmaking. I am a big fan of the singleton Archangel Avacyn as a nice anti-sweepers surprise, too. The one thing I would try to find room for is a couple of copies of Gideon Blackblade to give Vigilance to Glory-Bound Initiate and maximize its Exalted ability.

Finally, one more list I would like to mention out of this busy Pioneer weekend is a Jeskai Fires/Superfriends build that placed 8th in the SCG Classic:

There was a version of Jeskai Superfriends in pre-Eldraine Standard that was very competitive, and Pioneer opens the door to an even larger pool of possibilities. And the choices are quite compelling, with Elspeth, Sun's Champion, Nahiri, the Harbinger, Gideon of the Trials and Gideon, Ally of Zendikar as the new Friends to join the fray. Fae of Wishes // Granted is both a solid early blocker and a wishboard option, and there are enough sweepers to go around with three copies each of Anger ofthe Gods and Supreme Verdict. The "galaxy brain" item on this list is definitely Nimble Obstructionist which Cycling effect can counter any triggered ability - like, say, that of Thassa's Oracle maybe?

The post-RPT's metagame is pretty much set, with three archetypes running away from the field: Dimir Inverter, Lotus Breach and Sultai Delirium. Behind those, Spirits, Mono-Red and Mono-White lists are being tuned to reach the top. Still, many are starting to raise their voice in favor of some B&R adjustments - which is understandable if one compares Dimir Inverter to Splinter Twin and Lotus Breach to Storm, two strategies that R&D mentioned as not being willing to see flourish again.

The format is still open enough to allow new and diverse strategies to perform, like the Sram Auras list that came in second place at RT Nagoya (but did so-so in Phoenix). What remains to be seen is whether these instances will be too few and far between; and with WotC's decision to not share as much data as they used to, this will be a little harder to figure out. But rest assured I will still be tracking all relevant data and share my findings with you all!

Thanks for reading, and feel free to reach out on Twitter @poppu_mtg for comments/questions.

Darin Keener leaves decklists behind to talk about mental health and how Arena affects it. 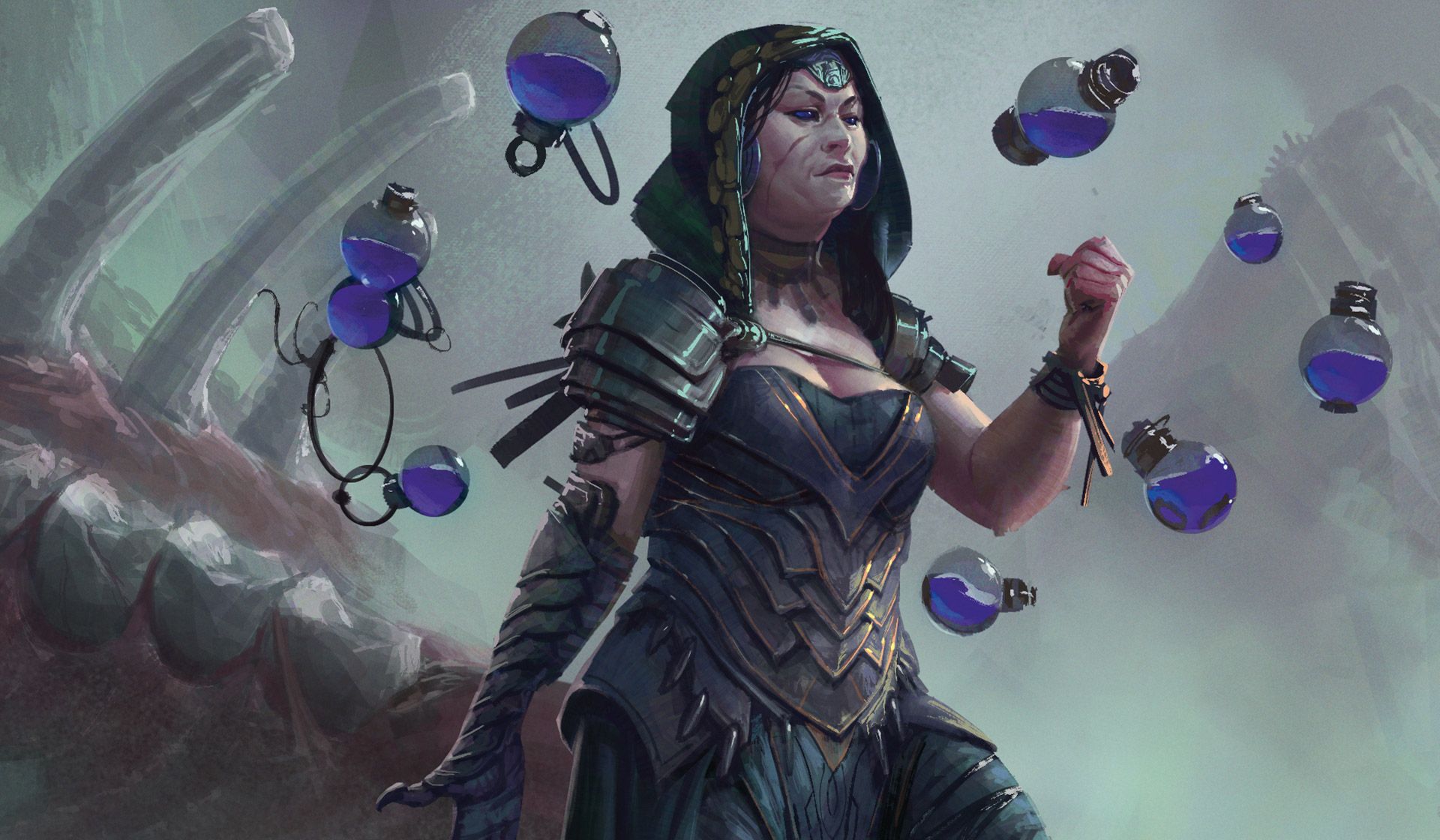