"Ladies and Gentlemen, this is your Captain speaking; it looks like we have finally escaped the large R&D turbulence zone we were going through, and we have since managed to reach our cruising metagame altitude. We appreciate your patience and (relative) calm through these events. We will of course keep notifying you as we move forward. Thank you choosing Pioneer Airlines, enjoy the rest of the trip."

This is how most players pretty much felt after the last rounds of Pioneer bannings were announced, along with a statement to the effect that no changes would be coming for the next couple of weeks after that. Around the same time was the introduction of a new series of events on MTGO called Preliminaries, which are supposed to be a stopgap between Leagues and Challenges/PTQ's and take place basically every day. Being forced to watch most of the various metagame changes from the sidelines for the past month due to health concerns, I was able to spend time compiling results and looking at lists as the Pioneer competitive scene adapted to the latest changes in its environment. These past few weeks are critical as we get closer and closer to the format graduating to "legitimate Premier Event" level with it being featured for Players Tour Phoenix (Feb. 7-9). For the purpose of this article, I am reviewing the data from Dec. 17 - Jan. 2.

What the Data Shows

The concept behind MTG Preliminaries is similar to a large size FNM: registered players go through 5 rounds of swiss, and everyone finishing with at least 4 wins is awarded 40 Qualifier Points (QP's), which is enough to enter a PTQ. Based on this, I figured I would use that threshold of 4+ wins to combine all posted results of each deck and see who comes out on top - and here it is:

Through 16 events, over 170 decks managed to reach 4-1 or better, but only 28 went undefeated. Topping the rankings in total number of wins and number of 5-0's is MonoRed Aggro (in its various iterations). Rounding out the podium of win totals are the Eldrazi flavor of MonoGreen Ramp, and MonoBlack Aggro - which had already been dominating the format for a few weeks before the Dec. 16 bannings. Next in what I would call a Tier 1.5 of builds are UW Control and UR Phoenix: the former finally managed to establish a stock list that can post consistent results, while the latter enjoyed some early success, but has failed to reach 4 wins since Dec. 24, as per the data shared by WotC.

These five archetypes are clearly separated from the rest, but there are some strong contenders coming up for the top spots. In addition to MonoGreen Devotion still being a forced to be reckoned with, three emerging builds have been posting results at an above average pace: Dredgeless Dredge, Lotus Storm and Boros Feather Heroic. All three archetypes have been worked on for a while, most notably Dredge which success is fairly recent with 5 out of its 6 appearances coming in 4 of the last 5 events.

Before potential changes to the Banned & Restricted list coming on January 6th (Note: there were none, as per WotC's announcement), let's look into each of these nine builds in details.

As I alluded to earlier, there are actually two different builds when it comes to MonoRed Aggro in Pioneer:

I will quickly point out that Kanister's Traditional list is sweet since it can easily morph into the Chonky mode post-sideboard. The downside of Chonky is that only Wild Slash and Lightning Strike are left as direct damage spells, but a card like Embercleave is sometimes added for huge swings, as shown in 1-3drop's build. Of note, Chonky has just won this past weekend's Pioneer Challenge, and I am expecting it to become the default MonoRed build of choice leading up to the Players Tour.

Just like the creatures that make most of the archetype, MonoBlack Aggro just won't die: after trusting the top spot of many events online following the first real wave of bannings aimed at MonoGreen Devotion, the deck has had a target on its back. Part of its meteoric rise to success came from the efficiency with which Smuggler's Copter was used; so when the ban-hammer came out swinging for it, it was time for the archetype to change a few things. It did not have to look very far though, since Aethersphere Harvester and Rankle, Master of Pranks were quickly adopted as replacements. Of course the disruption suite of Thoughtseize/Fatal Push/Cast Down is a mainstay in the mainboard.

As for MonoGreen Ramp, first I am going to amend the name of the archetype to GreenEldrazi Ramp, since the payoffs to the ramp strategy are often Ulamog, the Ceaseless Hunger or Oblivion Sower. Alternatively, Ugin, the Spirit Dragon and Ulvenwald Hydra are more than decent options as well. One of my favorite tools out of the sideboard is Perilous Vault, one of the only catch-all options available to that build in Pioneer. Honorable mention to Thought-Knot Seer too, playing its role of "Thoughtseize-on-a-stick" as well as ever.

Just Outside the Podium: UW Control & UR Phoenix

Next is the build that, just because of its mere potential existence, sent many players chasing for copies of Supreme Verdict and Sphinx's Revelation when Pioneer was announced as a new Eternal format. Now, after a couple of months iterating over the best collection of Control spells at hand, the archetype has settled into a comfortable 75 that regularly posts 4-1 results in Daily Preliminaries, most recently on Jan. 1 (as of this writing) by jimbeam3.

Like its Modern counterpart, Pioneer's UW Control uses an extensive Planeswalker package, with no less than 5 different ones. Short of having everyone's favorite Mind Sculptor, it is Jace, Architect of Thought that takes that spot. Another notable inclusion in the mainboard is Elsepth, Sun's Champion which is more frequently brought out of the sideboard in Modern.

UR Phoenix, or PyroPhoenix, is to date the one build to try and abuse Treasure Cruise in Pioneer, which I find both surprising and unlikely to stay true for much longer. Much like in the Standard and Modern versions of the archetype, the idea is to cycle through the deck as rapidly as possible while discarding copies of Arclight Phoenix in the graveyard to end the game in 2, maybe 3 swings. An excellent addition of late is Young Pyromancer, which makes the most sense here considering how many spells are being played per turn. Below is the list that won one of the Challenges in December.

We are now entering a realm dear to my heart - combo decks. And yes, I know, Dredge is not a proper combo archetype, but it feels like one and that is enough for me ^^.

Lotus Storm, centered around the repeated untapping multiple copies of Lotus Field while playing card drawing spells and accumulating mana, is actually split between two flavors, either the Ral, Storm Conduit / Aetherflux Reservoir route, or via wishing for Omniscience and Enter the Infinite out of the sideboard to pull out a Jace, Wielder of Mysteries win. With a combined total of 40 wins and 4 5-0's in 9 appearances, Lotus Storm is not only the most successful combo deck of the format, it rivals with only UR Phoenix and MonoRed Aggro on being the most likely build to pull a 5-0. Personally I am gearing towards the Omniscience build because of the ability to wish for solutions out of the sideboard thanks to Fae of Wishes, pretty much extending the mainboard to the full 75.

BG Dredge(less) is actually closer to DredgeVine than OG Dredge: use Stitcher's Supplier, Satyr Wayfinder, Gather the Pack and Grisly Salvage to dump your threats in the graveyard then start bringing back Narcomoeba, Haunted Dead and/or Scrapheap Scrounger for value. In the list I am posting, I am a big fan of Decimator of the Provinces as a pseudo-Overrun/Craterhoof Behemoth, as well as Driven // Despair out of the sideboard for all the value in the world. With Theros: Beyond Death having a graveyard-centric mechanic in Escape, I would not be surprised to see a few new tools make the 75 in the coming weeks.

One more list I want to make sure to mention is another rising star: Boros Feather, which combines Feather, the Redeemed with Heroic/Prowess creatures (Favored Hoplite, Monastery Swiftspear) and cheap "combat tricks" and cantrips (Defiant Strike, Gird for Battle). The early versions included Monastery Mentor, but this swarming threat has recently been left aside to really put the emphasis on speed.

The first two weeks of MTGO Preliminaries results in Pioneer seem to indicate that the format is pretty much set at this point: Aggro and Big Mana strategies are on top, chased by Control, Combo and faster builds.

One thing that is also clear: sideboard cards are going to become way more relevant. First because the weekly bannings are no more, which narrows the amount of targets to aim at with your backup tools. Second, the top tiered decks are known quantities at this point and most of them rely on the graveyard and/or tons of spells being played. In this context, I expect cards like Damping Sphere, Rest in Peace and Leyline of the Void to be seen in slightly larger numbers. To that point, I would grab copies of Leyline now if you need them: between Pioneer and Standard demand, the price of the M20 rare should rebound towards its Modern haydays.

With spoiler season for Theros: Beyond Death coming to a close, Pioneer brewing has already started, whether to update existing strategies or finally build new ones that needed just one more piece to become relevant. Among these, I have started hearing rumblings of an Enchantress deck that I am very curious to read more about...

Thanks for reading, till next time! 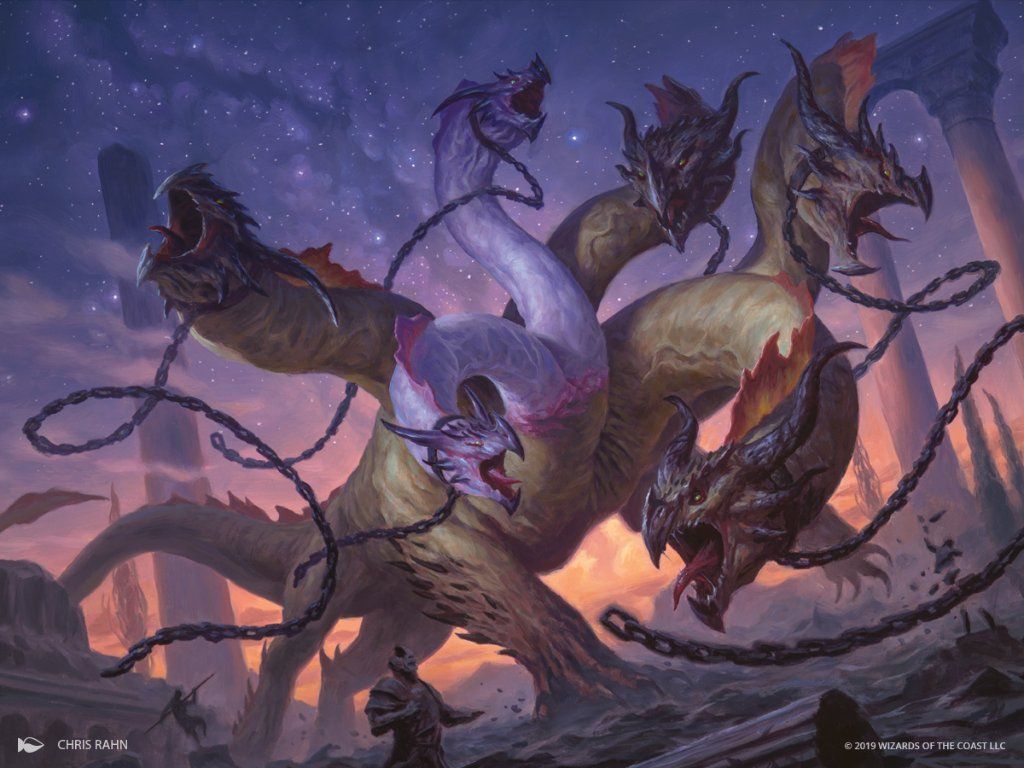 Everyone's poring through Theros looking for new exciting builds, and Darin Keener's no different. Check out the decks he'll be running in new Standard. 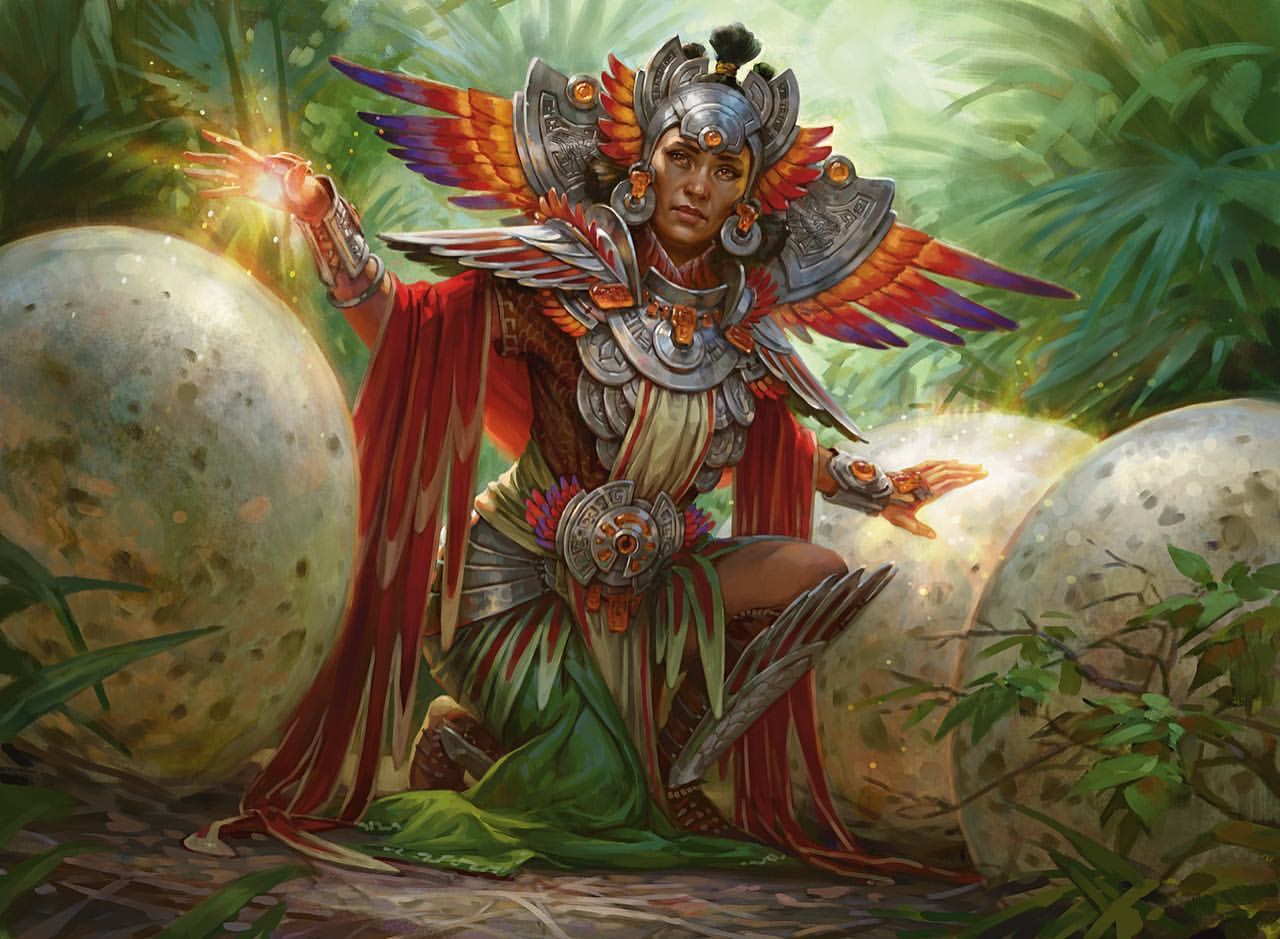 Orren Mckay opens 2020 by taking us through his process for upgrading Commander Precons. First up, Atla.