Hello friends! Or if this is the first time you’re reading my work, hello NEW friends. This is my very first post here on Cardsphere, and I can’t tell you how excited and honored I am to be a part of this family of creators. And what better way to start my new adventure here than to give you a deck tech for a brand new legendary creature from Zendikar Rising that I’m really excited about. So throw on your sleeveless denim and spike up your hair, cuz we're looking for a heartbeat.

Be Still, My Heart

Zagras, Thief of Heartbeats is so chock full of abilities and text, you might think he was a green creature. Nope! He’s black and red, costs 4BR (but let’s be honest, if he was green he’d cost 2 less). You can also potentially get him for a discount, because he costs 1 less for each creature in your “Party”. Party is a new mechanic with Zendikar Rising, and it looks at creatures you control with the subtypes of Cleric, Rogue, Warrior, and Wizard. So if you controlled one of each of those creature types, you’d only have to pay BR for Zagras (+2 for each time you recast him from the Command Zone, of course).

All my creatures have Deathtouch, you say? All right, I’m sold. What do we do with him?

Do you really have to ask? Come on. We’re doing pingers tribal here, and I won’t hear a word to the contrary! If all of your creatures have Deathtouch, an anthem ability we’ve never seen on a Commander before, then what better way to ensure the board is clear for us than to fill our army full of Blood Cultists, Prodigal Pyromancers, and Vulshok Sorcerers? We’ll even throw in an Anaba Shaman for funsies. And while you’re here, take a look at my new bae, Brash Taunter (don’t tell my wife about Brash Taunter, it’s getting pretty serious).

Want to ping over and over, mowing down everything like a sniper? Enter: Thornbite Staff. Equip the Staff to one of your pingers and just go to town picking off all your opponents’ creatures one by one. Or how about we just take out the enemy armies by dropping a single creature onto the field? In comes Dagger Caster and Goblin Chainwhirler. Both of these fellas deals one damage to each creature your opponents control on ETB. If they have Deathtouch, then that’s a non-symmetrical boardwipe. Sounds pretty decent, right? I think so, but we’re gonna need ways to close out the game besides just killing everything.

Let’s take a look at how we’re gonna do that.

Dawn of the Dead

So we have our pingers taking out the enemy baddies one by one, which clears a path for ours to waltz on in for the kill with combat damage. That’s great, but it’s just not fast enough. We need more. Where can we find more creatures to speed up the process?

Oh wait, didn’t we just kill all our opponents’ creatures? So, if they’re all done with them... maybe we can borrow them? Let’s make it happen. We’ve got cards like Beacon of Unrest, Geth, Lord of the Vault, and Reanimate to grab all the best critters out of other people's graveyards. Or if you just took out a whole army on one turn, why not cast Thrilling Encore and take all the newly dead things for your very own? And let’s not forget the mother of all grave robber spells, Rise of the Dark Realms.

Still not enough? Don't worry -- I got you. Let’s throw in some extra goodies that work well with our strategy. We'll summon up Syr Konrad, the Grim, Vito, Thorn of the Dusk Rose, and Torbran, Thane of Red Fell. Old Konnie is gonna hit each opponent for one for each creature that dies, and do the same when we take creatures out of our graveyard. Vito is going to give us a huge power boost by draining our opponents whenever our creatures deal damage. If we’re playing our cards right, that should be happening a lot. And then there’s Torbran amplifying the damage from our pingers; crucial if we want to go straight for our opponents’ faces. The Thane will also be really helpful if Zagras is stuck in the Command Zone and we don't have Deathtouch on board. Speaking of which, we’ve got a backup for that. Archetype of Finality also gives all of our creatures Deathtouch and steals it from any enemy creatures. Never hurts to have a backup, right?

To the One Who Stole My Heart

Full disclosure: if the deck is doing what it's supposed to do, you're likely to find yourself becoming the Archenemy more often than not. Turns out people don’t like not being able to keep their creatures on the board. Who knew? So your opponents are probably going to do everything they can to stop you, including insta-killing Zagras every time you play him. If you’re cool with that kind of heat, then give the deck a whirl, and make sure to be upfront when practicing safe Rule Zero. If that doesn’t sound like your thing, you’ll probably want to give this list a pass.

All in all, I'm really happy with this deck. We have powerful creatures, a lot of great synergy, and some really fun interactions. It’s going to be weak against control decks, but we’ll find resilience with the large amount of recursion that I’ve baked into it. It’s not likely to end any games before turn ten, but it’s great if you’re looking for casual or mid-level power.

So that’s it for my first post here on Cardsphere. Thanks for reading! Have you been enjoying the Zendikar Rising spoilers? Hopefully some of the new legends have got your brains popping with ideas for spicy brews. Hit me up on Twitter at @EDHD_Andy and tell me what you’re working on. And check back here next month for some more Commander shenanigans. By then we should have some more Commander Legends goodies to play with. Take care, my friends! 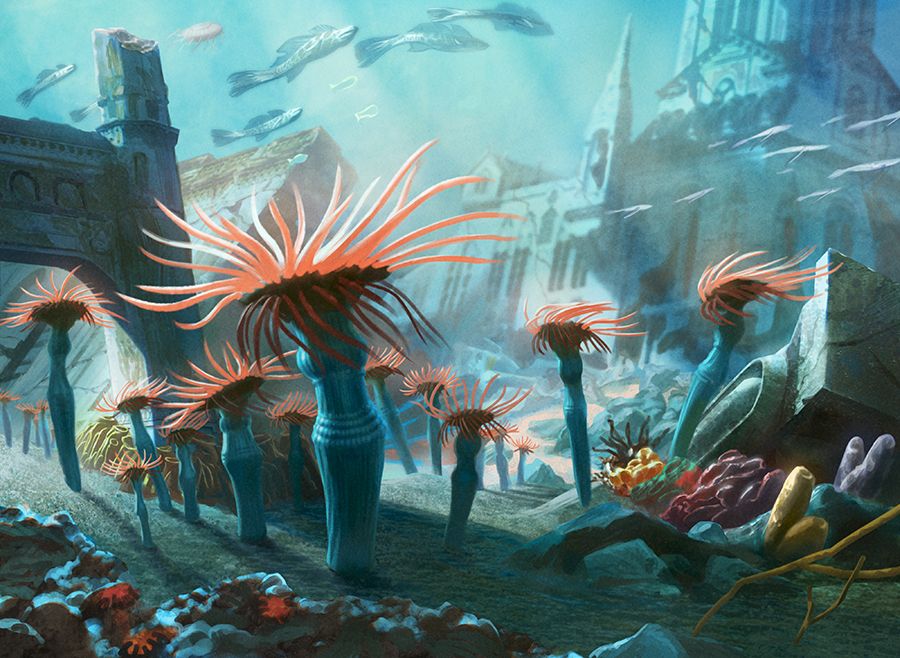 NicolaiBolas returns to discuss the Cling Method whereby you aim to achieve higher card quality by forcing others out.

Doug Switzer shares his initial thoughts on Zendikar's new and returning mechanics, and what they may mean for both Limited and Constructed players.