“He’s got too many answers.”

“No matter what we do, he just bounces back.”

“How are we going to stop him?”

This was the scene a few weeks ago on the Scrap Trawlers stream, when we brought on Peter (also known as MonoWhiteBorder) as a guest, and he played a budget deck led by Mavinda, Students’ Advocate. This pile of cards was incredibly strong, and the rest of the table could barely keep up with all the value Peter was able to get from his graveyard. Which led me to ask, why is this commander so underplayed?

With over 180 new legendary creatures printed in 2021, and a constant barrage of new Magic: The Gathering product, it’s no wonder that a few potential lead singers get forgotten. Maybe their mana value was too high. Maybe their ability required too much setup. For whatever reason, some commanders just don’t resonate with the community. Today we’re going to look at a handful of them, talk about their game plan and how to brew them. So strap in for a short trip in the Delorean, as we head back to the year 2021 to give some underplayed commanders some love.

Released in the sublime Lorehold Legacies deck from Commander 2021, Losheel, Clockwork Scholar was overlooked for more powerful artifact themed commanders from this year, including the leader of that deck, Osgir, the Reconstructor, and Oswald Fiddlebender from AFR. While Losheel may not be as powerful as those two, she still has a lot to offer in the way of exceptionally strong card advantage.

Although her draw trigger only happens once per turn, there’s nothing stopping you from making artifact creatures on other players’ turns to keep filling your hand. Shimmer Myr allows you to cast artifacts at instant speed. Master Trinketeer can make a servo any old time. Phyrexian Triniform and Triplicate Titan can be sacrificed to make new artifact creatures. Or you can cast a Master’s Call to make two little myr buddies.

But we can’t forget Losheel’s first ability, preventing all damage done to our attacking artifact creatures. With this ability, we can swing freely without worrying about our armies getting cut down by larger blockers. And if you’re worried about the crack back when your creatures are all tapped, just deploy a Masako the Humorless, or untap with To Arms!, play Brave the Sands to give your friends Vigilance, or cast Semester’s End to blink your whole army after the attack.

Here’s what I want to do with Saryth, the Viper’s Fang. I want to block huge beaters with mana dorks. I’m gonna send in my poor little Llanowar Elves to block your The Tarrasque. Then after blocks, I’ll tap my elf for a mana. Surprise Deathtouch! The shenanigans you can pull off with this commander are just too fun to pass up.

For the creatures you’re sending in for attacks, Trample is crucial. The way Trample and Deathtouch interact, a blocking creature will only soak up 1 damage before it dies, with the rest of the damage getting through to your opponent. And if you want to speed things up, toss in a Fynn, the Fangbearer to make them drink the poison.

Pingers are great in this deck, because they kill anything. Endbringer can kill a creature on each player’s turn. And you can make any creature a pinger with Viridian Longbow.

You’ll also want to be able to untap, so a Quest for Renewal or Seedborn Muse is essential. Patron of the Orochi will also do the trick

Give me any excuse to play Bond of Discipline, one of my favorite Magic cards, and I’ll be a happy man. There’s nothing quite like the feeling of just walking in with your army, unopposed, while your opponents’ creatures sleep like Trojans. The partner pairing of Rhoda, Geist Avenger and Timin, Youthful Geist may be the best reason ever to play Bond of Discipline, because you’re not only free to run in, you potentially have Rhoda coming in for lethal commander damage too.

There are plenty of other ways to get your opponents’ creatures tapped. Dreamshackle Geist is a pseudo-copy of Timin. Fall from Favor taps down a creature and gives you some extra card draw with the Monarchy. Frost Titan can tap a permanent when it enters or attacks. Guardian of Tazeem and Retreat to Coralhelm can tap a creature whenever you have a land enter. And Ojutai’s Breath is a 2-for-1 with its Rebound ability.

Okay, now you ready for something funny? We’ve got a two-card combo for Rhoda and Timin that is going to blow Rhoda up to gigantic proportions. The first card is Urborg, Tomb of Yawgmoth. I know what you’re thinking. “But Andy, this deck doesn’t have black, silly boy.” Ah, but an important note about the Tomb, it does not have a color identity. It can literally be played in any Commander deck. Alright, so all lands are swamps, yes? Then we throw in a Kormus Bell, which turns all swamps into creatures. End result, every time an opponent taps a land for mana, you put a counter on Rhoda.

Then there’s Time of Ice if you’re nasty.

Long gone are the days when a pentagram in the background of the card Unholy Strength could cause such outcry and feverous pearl-clutching among Christian interest groups that Wizards of the Coast would have to change the art for future printings. In this year’s Adventures in the Forgotten Realms set, we received our first creature that is both a devil and a god. That creature is Asmodeus the Archfiend. And, sad to say, not a peep from the hand-wringing, misspelled sign-waving crusaders trying to shield their hapless children from Satan’s ways. No news. No protests. Unfortunate, really.

Anyway. Why aren’t you running Asmodeus as your commander, for devil-god’s sakes? He’s awesome! He’s like a Necropotence in the command zone. Sure, he costs six mana, but so what? So do a lot of great commanders. I mean, yes, you did sign that contract in blood and are now forced to endure a life lost for each card you draw. Who cares? Life’s a resource! Also, there are plenty of ways to gain it back, like Exquisite Blood, Exsanguinate, or Vito, Thorn of the Dusk Rose. Or just forget your life total with a Platinum Emperion.

The Deans from Strixhaven were all problematic and confusing as commanders. Which side do you focus on? How do you switch back and forth if you need to? I believe it was this identity crisis that caused all 5 of the Dean commanders to be overlooked, with not a single one of them capturing more than 200 decks on EDHRec. Granted, none of them were overly powerful either, but that doesn’t mean we can’t have fun with them.

Let’s take a look at Shaile, Dean of Radiance // Embrose, Dean of Shadow, the white and black Dean. The best path to walk with these commanders is to pick a side to focus on, so we’re going for the card draw engine with Embrose. To keep the cards flowing, we’ll run it as an aristocrats deck, setting up many ways to sacrifice our creatures, like Diabolic Intent, Viscera Seer, Phyrexian Altar, Ashnod’s Altar, and Carrion Feeder, with payoffs for our creature deaths, like The Meathook Massacre, Blood Artist, Cruel Celebrant, and Zulaport Cutthroat. Cathars’ Crusade ensures that we’re dropping counters on all of our friends before we kill them, or making them big enough to use for combat. And we’ll throw in Skyclave Shadowcat, Teysa Karlov, and Nikara, Lair Scavenger to duplicate our commander’s card draw.

Now let’s not be hasty and overlook Embrose’s first ability. We can use him to pick off small creatures across the board, especially after shrinking them with cards like Humble and Overwhelming Splendor. Or use Nils, Discipline Enforcer to make it more costly for enemies to come fighting.

We’ll want to keep the counters when our creatures die, so The Ozolith is coming along for the ride. Felisa, Fang of Silverquill will give us plenty of Inklings to feast on. And we’ll also want to keep our creatures coming back, so we’ll run cards like Undying Malice, Feign Death, and Rise of the Dark Realms.

Okay friends, this is the end of our time with 2021. Here’s hoping that 2022 finds you healthy and happy. Make sure to keep checking back every two weeks for more Commander excitement. We’ll be kicking off the new year by checking out Kamigawa: Neon Dynasty!

Come find me on Twitter at @AndyZupke or catch me streaming budget Commander with the Scrap Trawlers every Sunday at 7:30PM Central at twitch.tv/scraptrawlers. 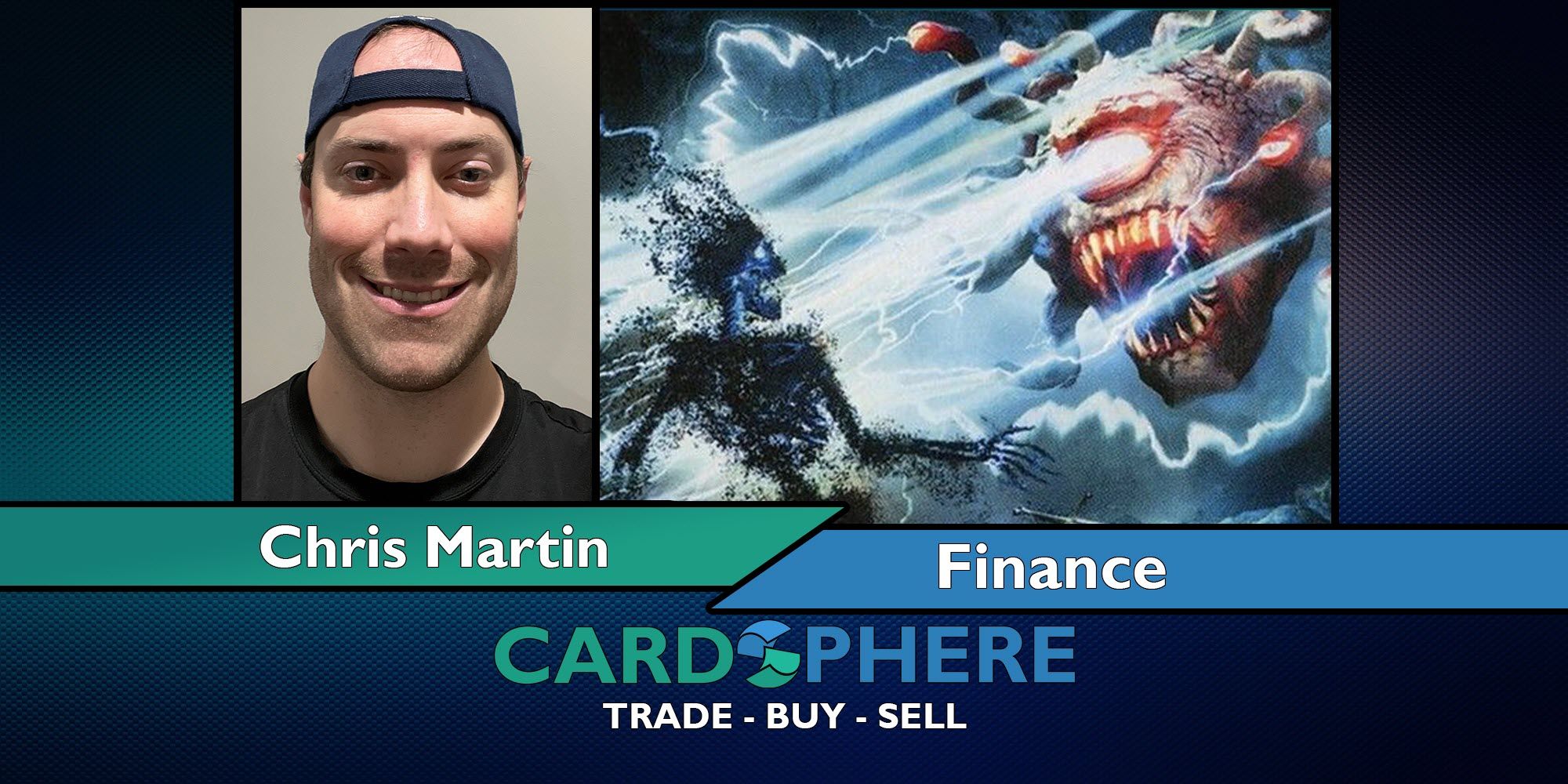 Not every set is a Standard powerhouse, so the trick is in knowing how and when to react to them. Chris Martin shares his thoughts on Adventures in the Forgotten Realms.

NicolaiBolas shares some great tips for upping your cube game just in time for its return to Arena!