In order to defeat the Phyrexians, the Gatewatch decided to look to the past. We can do the same thing to get some hints about Brothers’ War Limited.

In order to capture an event as grandiose as the fabled war between Magic’s most destructive rival siblings, the design team decided to go big. I mean, REALLY big. We’re talking about “Common 10/10 with trample” big. This is bound to create a unique limited environment- but not one so far removed from the norm that we can’t make some predictions. I’m going to steal a page from Teferi’s book and look to the past to attempt to understand the future (which is a set about the past, viewed through the future, from past… whatever, you get it).

Let’s start with the wildest- and easiest to demystify- mechanic, Prototype. Spoiler alert …it’s kicker! Everything is kicker!

Prototype allows for flexibility with your massive metallic monstrosities. Nothing feels worse than your ten-drop rotting in your hand while your red-white opponent curves out perfectly. Now, your ten-drop is also your five-drop! In fact, I recommend treating it as a five-drop, and the ten-drop “kicker” is a bonus when you happen to have enough Powerstones laying around. We have kicker in DMU, but it tends to be for only one or two mana extra. Historically, “Kicker for a big stat boost for lots of extra mana” tends to play out very well, as evidenced by my old buddy and solid playable Academy Drake.

Prototype is a clever curve workaround, but also allows for some added deckbuilding flexibility. For example, blue-green looks like a solid ramp vector. You can include Steel Seraph in your blue-green deck with zero white sources, as you know you’ll be able to cast it for full price reliably anyway. Black and white decks also have hard reanimation options, along with a light self-mill vector across all colors. Spells like Repair and Recharge will bring a creature with Prototype back as the full-sized creature, regardless of how it had been cast previously.

If my opponents are playing seven+ mana artifacts, I want to be answering them for two mana! Disenchant is obviously fantastic against these behemoths, and the real question is “how many copies are you able to maindeck?” There are certainly plenty of non-artifact creatures worth removing, so this can’t be the only weapon in your removal package.

In Theros Beyond Death, the best way to deal with a massive Nyxborn Colossus was a simple Return to Nature. Enchantments were spread across all colors, and it was safe to maindeck a copy or two with the knowledge that they would eventually find targets. Go for the Throat is also in this set, so when drafting best-of-three, consider a sideboard removal plan for artifact-heavy vs non-artifact decks. Disenchant is admittedly a bit weaker against Unearth cards, but I’m going to start by playing a copy when I can, and adjust my mental metrics from there.

A lot of my favorite limited decks top their curve at about 4-mana. Imagine my horror at this fowl creature! When this thing hits the battlefield, you can proudly declare that “you haven’t even begun to peak.”

Multiple ways to ramp at the four/five/six-drop slot isn’t the most common thing in limited, but it can only really mean one thing- there’s at least one vector that points towards hardcasting the big robots for full price. This reminds me of Brood Monitor, which was a solid card in its format, especially given its ability to make so many bodies with just one card. It also shows us another secret about Powerstones- just as Eldrazi Scions had other uses, there are bound to be ways to make use of excess artifacts laying around. Look for expensive activated abilities (Mask of the Jadecrafter), ways to sacrifice them (Kill-Zone Acrobat), or other ways to make use of them (Alloy Animist).

Long-time listeners of the Draft Chaff Podcast know that I absolutely love symmetrical white card draw effects. Sure, I put this one at the end of the article so you wouldn’t think I’m nuts and close this article, but that’s just me hedging my bets- I have the winrate numbers with cards like Farsight Adept and Love Song of Night and Day to back up my claims! I believe Loran of the Third Path to be even better than either of these cards. Consider a lesson from the past- this is, at very worst, a strictly-better white Reclamation Sage! In a set full of 10/10 artifact creatures, this will be a windmill slam by itself. Now, consider that it can attack, then activate to draw both you and your opponent a card on their end step. If you play this in an assertive deck, your opponent may never get to use that card if you untap and use your new resources to kill them! The best part? This card draw is optional, negating the risk of drawing your reactive-deck-opponent into a key removal or card advantage spell. I will rarely pass this card early in draft, and I suggest you do the same.

To hear more ranting about symmetrical card advantage, or about the Brothers’ War in general, check out our upcoming set review on the Draft Chaff Podcast. Good luck with your prerelease! 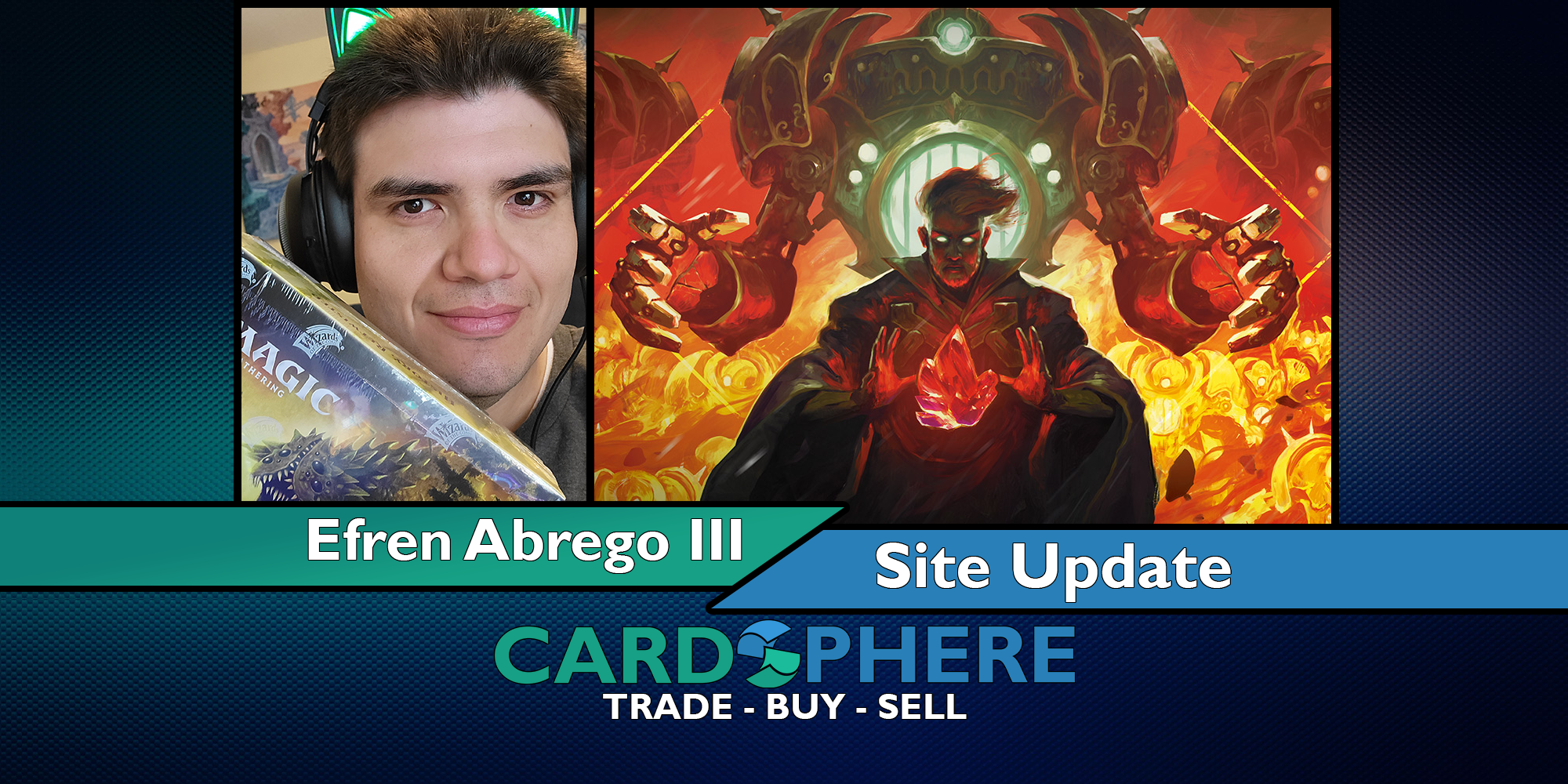 The Brothers' War is now available for trade on Cardsphere! Read here to see all the new stuff and for some information about serialized cards. 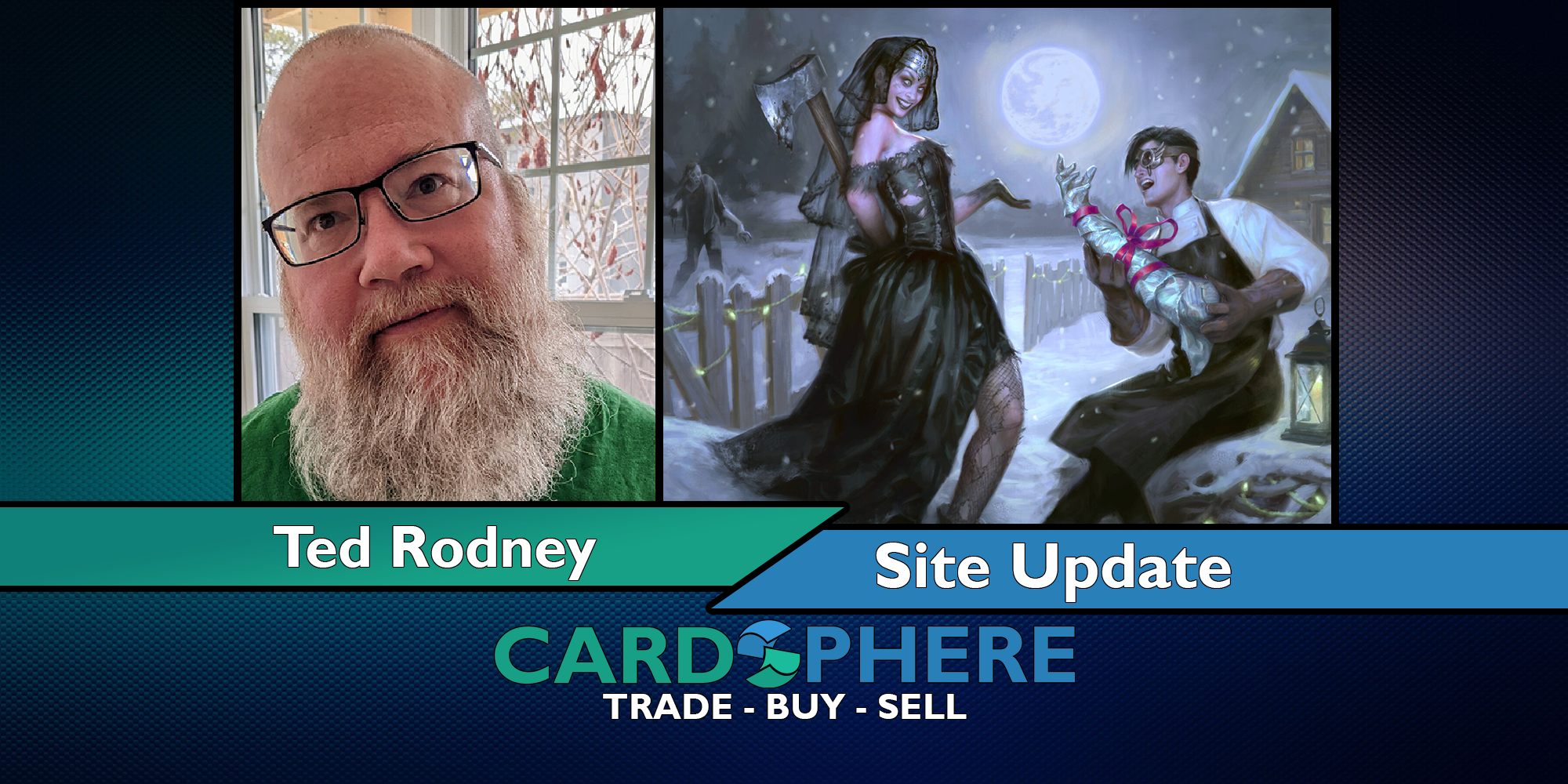 Please read for important information about mail timelines over the holiday season.