The story of Ikoria Standard in the early going is that no one wants to play fair.

In the first couple of weeks since the new set stampeded into Arena, everyone has been trying to build decks that are as patently unfair as possible. The first week was nothing but Gyruda, Doom of Depths combo decks until everyone remembered that it was Kleenex-thin and lost to anything with a pulse and a brain. Now Arena has moved on to every variety of the old standbys of Wilderness Reclamation, Fires of Invention, and any other card that's going to get your unfair cards to be unfair as unfairly fast as possible.

But what about the Timmys? Sometimes you want to win by casting creatures and attacking with them. Not only can you do it, but you can be a bit unfair about it by the new Momma Cat: Kaheera, the Orphanguard. There's been a bit of action in the ladder by jamming her into control decks that want to use her as the sole win condition, and a bit of play in pure Elemental decks. But her lord-for-multiple-tribes-at-once is such a unique ability that I'd rather take the best cards out of each of those tribes and combine them to work together for victory. I've been really surprised at how well this plan has worked in the competitive ladders, and there's even more room for improvement or modification for whatever the meta is next week.

This is a pretty traditional tribal deck once you get past the everything-must-be-one-type tribal idea. The idea started with my enjoyment of Temur Elementals in the early days of Return to Return to Ravnica Standard, since you could just draw so many cards with Risen Reef triggers. But that deck had issues... it was sort of slow, and tended to stall out. It was also painfully weak in the post-sideboard games when control decks could just sit on the danger cards and ignore the rest. So Kaheera gives us an excuse and benefit to run a few other creatures that can work around those problems, and there are a couple of other side benefits that have been really good for the first couple of Standard weeks.

I won't spend a bunch of time on the Elementals themselves, because I'm pretty sure that you get how that works. Risen Reef draws us cards every time we play an Elemental creature and we want to be able to trigger this a couple of times in the early game. Leafkin Druid gets us to our bigger stuff faster, Cavalier of Thorns is simply one of the best five-drops in the game as it both ramps and blocks up the air, and Omnath, Locus of the Roil is removal on top of card draw in the late game. But the ability to play a couple of Elementals and then give them +1/+1 with Kaheera provides a couple of huge benefits. For instance, an 0/3 Leafkin Druid only slows down mono-red aggro decks and does virtually nothing if Cavalcade of Calamity is involved. But if that Druid is suddenly a 1/4, then it's fantastic against those decks. Your Cavalier as a 5/6 is not positioned well against the pile of 6/6 creatures in the format. But that tiny lord effect makes it a 6/7, which laughs at Gyruda and other big bodies in the game. We also get the addition of Parcelbeast, which is  a new Elemental that we can Mutate for just two mana onto our ramp creatures to provide a bit more card draw and selection if we need it.

So how do we get around the typical Elemental issues? By adding Beasts and Dinosaurs, of course! Arboreal Grazer gets us early ramp and is a great aggro blocker. Hydroid Krasis is still Hydroid Krasis, and evasion is something that Temur Elementals didn't have before. You can still get into a board stall, but sometimes a 5/5 vigilant flyer will beat it by itself. And Questing Beast is flat-out fantastic with Kaheera, primarily because a decent number of planeswalkers end up at 5 loyalty the turn after they're played. Being able to play the Beast and immediately kill them is just huge and makes you feel like you've won the match the second it happens.

The final few slots are up to you and are dependent on the meta and the decks that you struggle with. I started out with a pair of Nullhide Ferox, because I was convinced that the big oaf was one of the better creatures that was getting zero play. He's still awesome... a four-mana hexproof 6/6 that's 7/7 and vigilant with Kaheera on the board is a complete hoss and a lot of decks simply can't deal with that by itself without falling so far behind that they can't catch up. But as blue decks and control decks have made a comeback, I've been happy to play Shifting Ceratops in here as well, even in the maindeck. Vigilance is not an ability that Shifty can give itself, so adding that as an ability to an uncounterable creature is great when you need it.

The sideboard changes as often as the meta does, which is a lot right now. The playset of Grafdigger's Cage is good against both Gyruda and Lurrus of the Dream-Den decks, and there are a ton of those on the ladder. Mystical Dispute is the best counter in the game if you can play it. Lava Coil has been the removal of choice when needed although I've considered replacing it with something that's better against planeswalkers since you can't always wait to draw your Questing Beast or Omnath, Locus of the Roil. Cindervines is probably the weakest card in the sideboard right now, but it's decent against noncreature decks and there are enough targets for its sacrifice ability that you can usually find a good target for it.

The best way to approach games with this build is by playing it as a straight Temur Elementals deck until you can spring one of your other creatures. Most opponents play as if they have a good handle on what to do against most Elementals builds, so they'll hold removal and counters for the Risen Reef and Omnath plays that they'll expect. This will provide opportunities to play your Krasis or Questing Beast to get value. Opponents will especially tap out for planeswalkers against Elemental decks if they figure that an Omnath on the following turn won't blow them out, but they often don't expect Questing Beast. I like the variability that the deck gives since it's not a common archetype on Arena, so you get to steal games at times.

So satisfy your inner Timmy and go draw a bunch of cards, play a bunch of lands, and smack some people around. Enjoy the new list as much as I have, and as always... please drive friendly (and wear your mask)! 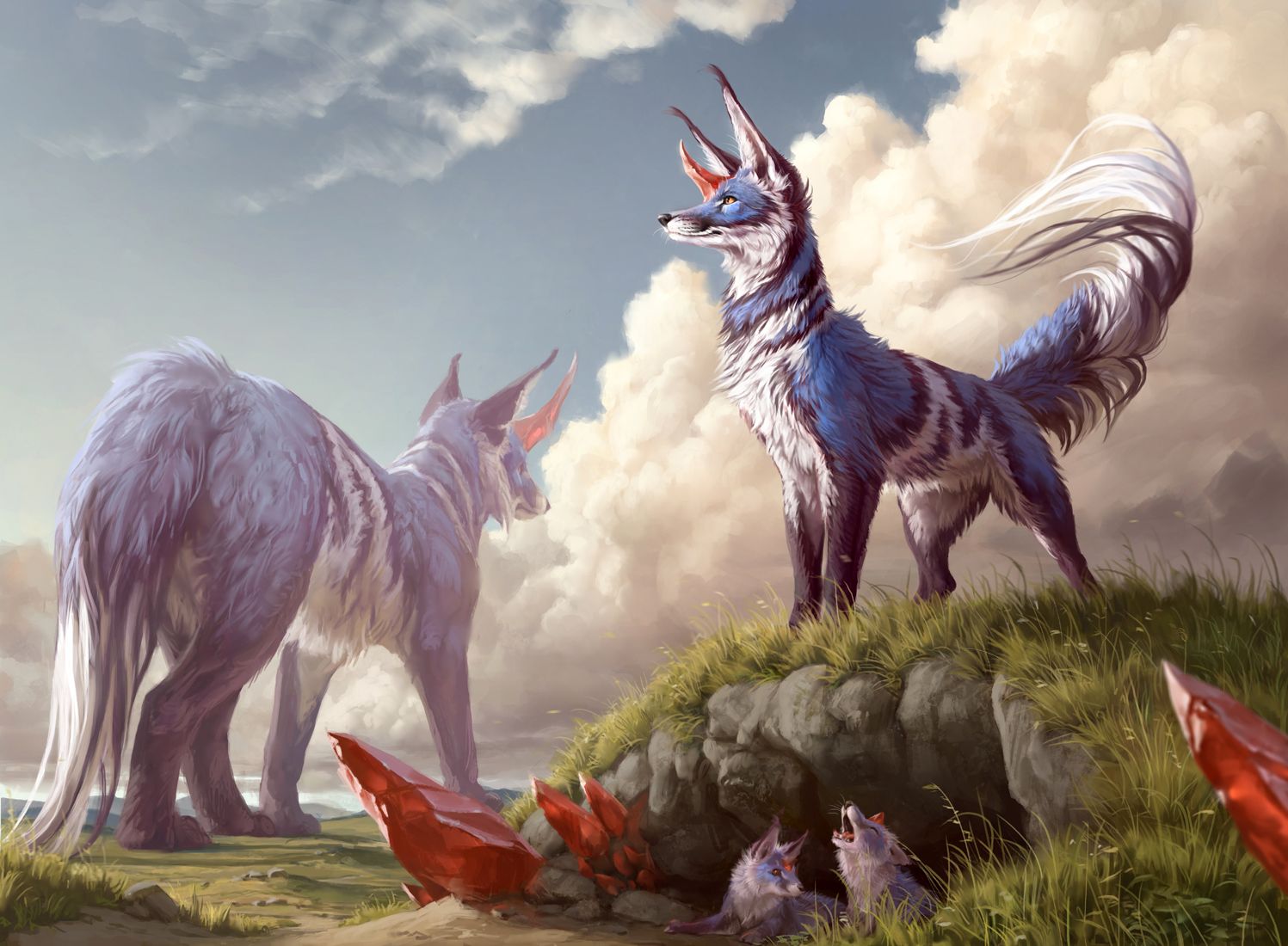 Lord Tupperware's had enough BREAD and has started focusing instead on his ABs. With a format this synergistic, you need to know how you can do so also. 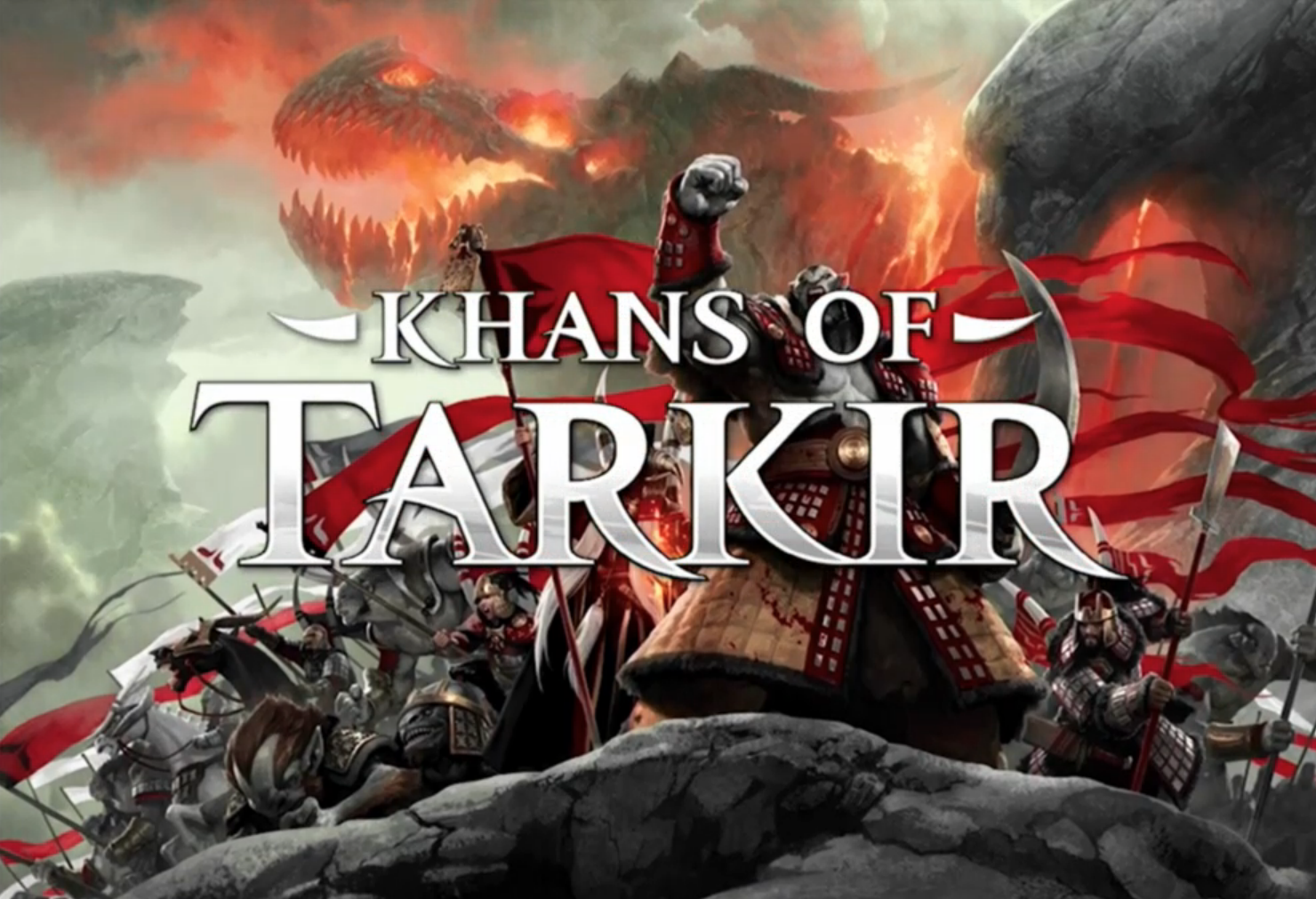 Elizabeth Rice kicks off a new series investigating the world-building and flavor of Magic's many planes. First stop: Tarkir!