Time to open back up my MTG Flavor Bible, where I discuss the world building and flavor from Magic's planes! Previously, I discussed the flavor of the world of Tarkir, which you can read about here. The goal of this series is to deconstruct each plane and talk about what the real word inspirations are and how well it's represented.  This month, I wanted to explore a plane more recently visited and packed full of historical analogies: Ixalan.

Before I begin, let me include some disclaimers.

The Flavor of Ixalan
Ixalan is one of the newly visited planes in MTG's history. Its sunken ruins, buried treasure, and warring factions give it its own distinct flavor. The continent currently holds four factions: the Sun Empire, the Church of Dusk, the Brazen Coalition, and the River Heralds. The first three are where most of the flavor lies.

Ixalan parallels the Age of Exploration, the period in history where European explorers traveled to the Americas and discovered the indigenous cultures of the region. Though considered 'savage' by the Europeans, the reality is that many of these cultures in the Americas were wealthy, advanced, and mighty in their own right. Regardless, this period was marked by the fall of the Aztec empire and beginning of European imperialism and subjugation of the Americas.

The lost city of gold, which is also the location of the treasure everyone has been searching for, was a clear reference to mythos of El Dorado. This legend, which has transformed over time, was a motivating factor for many Spanish conquistadors and explorers to come to the Americas. The vampires of Ixalan were similarly motivated.

Vampires of Ixalan
Much like their European counterparts, the vampires of this plane are motivated to conquer the continent of Ixalan. Their primary interest is of course the lost city of gold which they believed held The Immortal Sun, a treasured artifact that would grant them immortality.  The key thing to understand that's not made clear outside the lore is that not all of the people from the vampire's are vampires. Only the noble class and religious zealots who go through the rites become vampires.

Religion was an important aspect of the Age of Exploration as well. While the initial insurgence into the Americas was motivated by trade, missionaries, conquistadors and explorers felt it was their duty to spread Christianity to the 'savage' indigenous peoples of the Americas. Hernan Cortés, the conquistador credited for conquering the Aztec empire, was also known for spreading Christianity in the Americas. Cortés even described himself as a type of religious messiah sent to deliver indigenous Americans from their pagan gods.

The vampires of Ixalan carry with them this religious fervor and disdain for outsiders. Regardless of the cost of life, the vampires pursue the Immortal Sun and conquest of Ixalan as part of their holy duty. I actually find it interesting that a key aspect of the religion was to consume the life force of another. To give in to that holy bloodlust, as it were.

Of course conquering for the sake of expanding the glory and power of their home empire's was paramount in this age as well. The art and flavor text of Legion's Landing are reminiscent of the words used by conquistadors and European colonizers. Regardless of whether or not the land they were stepping on belonged to someone else, it was their right and duty to claim it for the expansion of their homeland.

Cortés is also famous for saying "I and my companions suffer from a disease of the heart which can be cured only with gold." Much like how the vampires pursue the Immortal Sun, the conquistadors of this age sought the vast wealth and glory for their empire.

It is quite fitting that the Magic counterpart of European colonialists is vampires. Vampires are creatures whose very survival is to drain the blood and life force from other beings to sustain their own. This is and always has been the operation of colonialism. While blood is not being ingested, resources, lives, and freedoms were (and still are) stripped from the invaded cultures and lands.

The imagery of the continent of Ixalan took my breath away. It was my first time seeing Central American imagery in a game like this. I'm accustomed to seeing nonwhite cultural imagery appropriated and placed over white faces, a strategy that has been said to make a product more 'relatable' to the masses. However, I was glad to see Ixalan move away from that trend.

I love the design of the humans in this set. I swear if I had to deal with a set inspired by Indigenous American civilizations where all the people running around were white, I would've thrown something. The citizens of the Sun Empire are brown and bold and distinct, often shown in plumed headdresses and garb.

The Ixalli worship the Threefold Sun, which are divided into three aspects. Kinjalli is the "Wakening Sun", Tilonalli is the "Burning Sun", and Ixalli is the "Verdant Sun". These aspects represent the different aspects of the Ixalli people, the sun, and seasons of Ixalan. This could be a nod to the Aztecs, who identified themselves as "the People of the Sun." In their religion, they considered Earth to be the fifth sun, and them the fifth iteration of human beings.

Religion was an integral part of Mesoamerican societies, and Aztecs in particular. Many of the Ixalli people are shown to also be clerics or shamans of some sort, and it is clear they hold their connection to the Threefold Sun to be sacred.

As for the architecture, it was difficult to evaluate in great detail. I honestly wish there had been a bit more of the cities depicted in the art work because what was shown was stunning. Compare these two images and note the resemblance between the Sun Empire's architecture and that of the Aztec. Note the stepped pyramids in particular.

Ixalan reintroduced pirates en masse back into the Magic world using the Brazen Coalition. This coalition was formed from outcasts looking to escape the oppressive regime of the vampires, who then sought out riches from the continent of Ixalan. The inclusion of pirates also goes hand in hand with events during the Age of Exploration. In fact, the Golden Age of Piracy began and ended during this age.

The coalition sought freedom, riches, and glory, no matter what the cost. Much like actual pirates, they were more than happy to forcefully liberate someone from their possessions.

Despite what some may have you believe, there were famous female Pirates during this period. Two that spring to mind are Anne Bonny and Mary Read, friends and fellow pirateers.

Wizards also really hit the flavor mark with how they used artifacts to references ships and other items a pirate would find interest in.

The presence of pirates really brought the adventuring feeling to the set more than any other group. They were there for the adventure itself, and added a lot of fun to the feeling of the plane. I mean, who wouldn't want to be a part of Rowdy Crew?

The world of Ixalan certainly stands out for me, and is one I hope we return to. This set was really great blend of historical references and artistic liberties. I raise a particular glass to whomever decided that the invaders would be vampires. Kudos.

My only critique is that I would have liked to see more of what was going on within the human cities of the Sun Empire. Even the lore felt lacking on really showing what was going on within. Representation of Mesoamerican and South American indigenous cultures feels sparse in gaming, so whenever I see a hint that that's good, I always want more. I would be unsurprised to hear Central or South Americans who are more familiar with the source culture have qualms about the limited ways the Ixalli were portrayed.

Mark Rosewater often talks about 'resonance' when designing a set, as in they want to make sure that people connect to the flavor the set. While I would agree, I think gaming and media tend to be overcautious and use this as an excuse to only make things 'White America' would identify with. 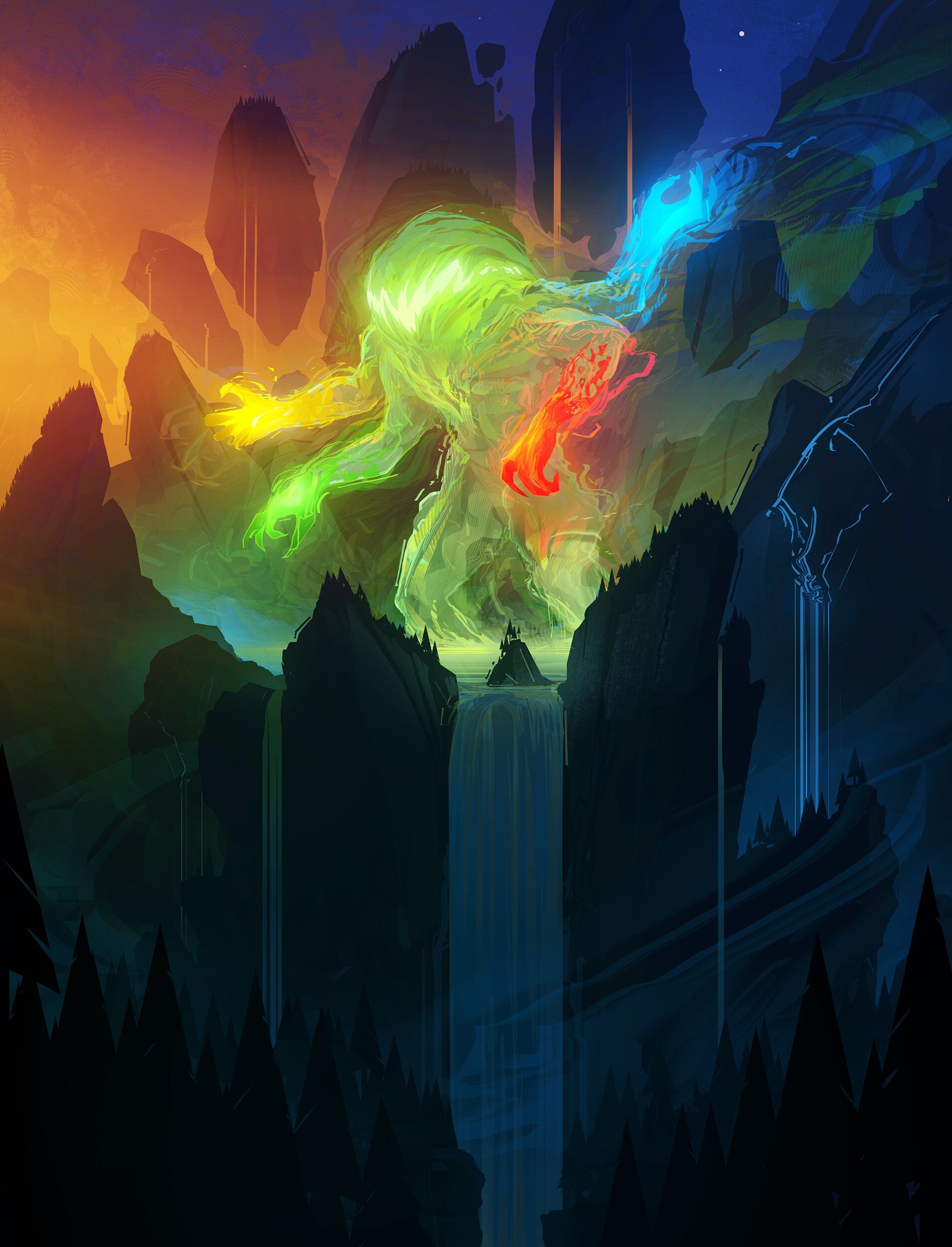 Is aggro dead? In her first article for Cardsphere, Veesa looks for any sign of life for aggro in the age of Omnath. 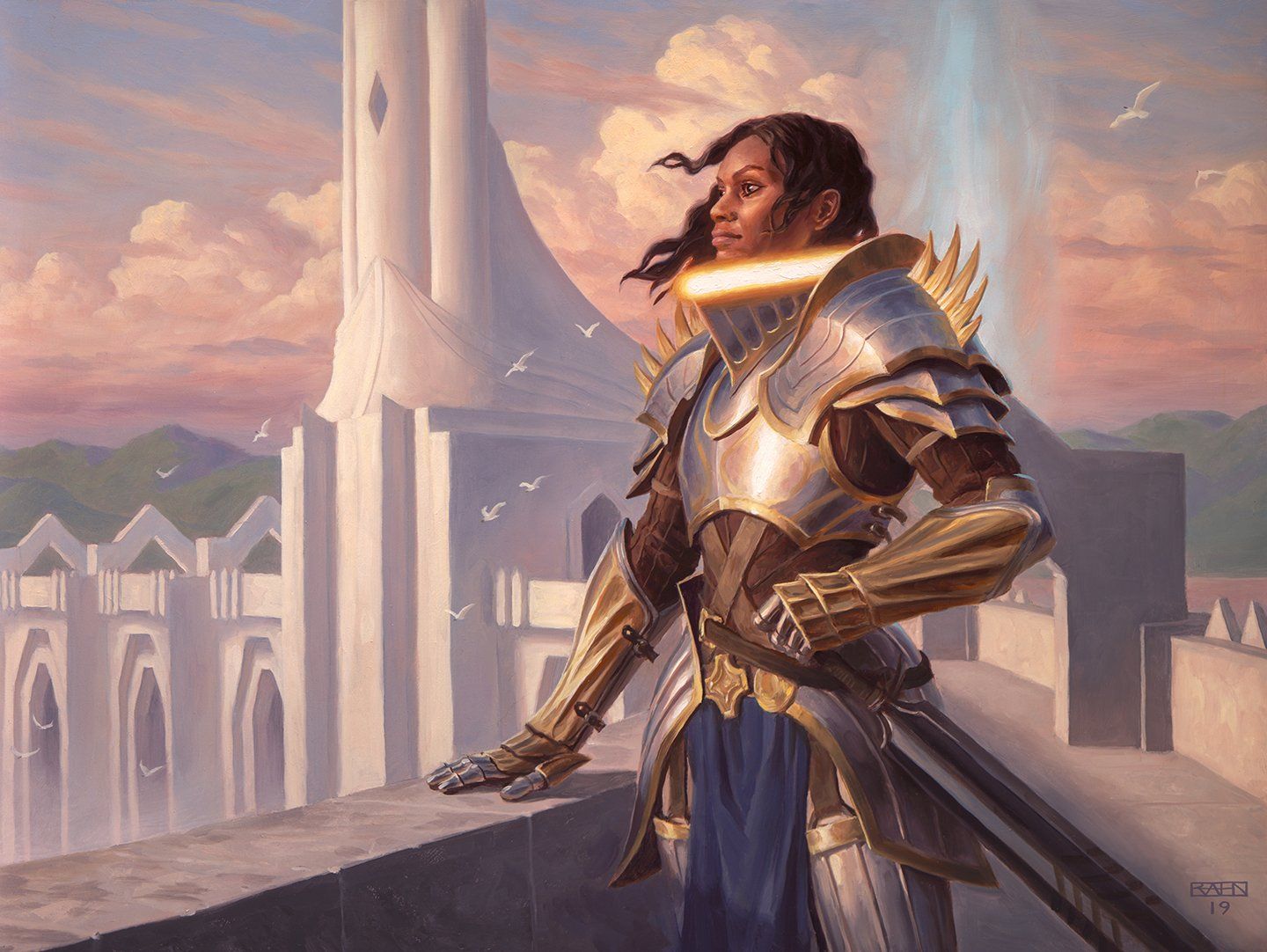 Andy Zupke returns with another Zendikar Rising deck tech. This time it's Tazri, Beacon of Unity busting out with Warriors, WIzards, Rogues and Clerics.