I didn't plan on ending up as one of the Cat People, but I didn't choose the Cat Life. The Cat Life chose me.

Two of my first four articles here at Cardsphere were about cat decks back in the days of Regal Caracal and Adorned Pouncer. One of the first people who knew who I was from streaming mentioned that they had watched me play cat decks on stream, which is a sign of.... something. But those were the Salad Days. Those were the days when you could piece together a few cats, win a couple of matches, and it was cute and unique. But the cats, as they are wont to do IRL, rotated out. I messed with Modern and Pioneer decks, but as those formats became more combo-oriented and faster, playing fair Magic wasn't going to get anyone anywhere. But as I licked my wounds and bided my time there were signs of hope.

Kaheera, the Orphanguard mentioned cats explicitly as a lord, but all of the cats in Ikoria were of about a billion different color combinations. I was used to playing Selesnya cats or at most three colors and there was no Unclaimed Territory or Cavern of Souls or even Ancient Ziggurat in Standard so I didn't bother. But with the recent additions from Core Set 2021 and a new cat lord with a fantastic added bonus, I heard the cats calling (cat calling?) me back. So I got the ears back out and tried to figure out how to make a billion colors work in Standard in the same deck... and you know, it's actually pretty good!

I'm going to start at the end and warn you about the manabase. Cats are primarily a GW deck that splashes red and black in order to take advantage of the top-end creatures and the really powerful mutate effects. But if you make changes to things, you CANNOT take the colors lightly. Every single time I change a card in the deck, I have to check my manabase to make sure that my color availability is changing in proportion to the creatures that I'm trying to play. No joke, y'all. With paper and pencil and math and everything. I'm fairly happy with what I'm playing now, but there are issues still. Fabled Passage is still a concern. This deck is relatively low to the ground, with nothing that can't be cast for four or less (ignoring one mutate effect), so I'd like to minimize taplands. The Triomes do so much fixing that they're usually worth it, but it's possible that the Passages should just be more shocks or basics.

Yes, this is a typical tribal/creature deck that's going to take advantage of having two different Cat lords in the format. I'm pretty sure that everyone already understands what Kaheera, the Orphanguard is doing here, but Feline Sovereign is the new addition. The feature of being able to blow up an enchantment or artifact on turn 3 if your opponent doesn't see it coming is just huge and can often force them into poor blocks if they do. There are a decent number of Aura decks on the ladder, and Sovereign can just end them if you get one in your opening hand. Oh yeah, the Wilderness Reclamation decks had better have something as well.

Beyond the lords, this is at heart a Mutate deck. Mutate decks are starting to pop up more and more often as players begin to understand the value of getting a spell stapled onto a creature upgrade that's a little more difficult to counter or dodge than similar effects. And it turns out that Cats have a high number of Mutate triggers that can finish a game disguised as little kittens. For instance, Regal Leosaur is just a 2/2 for two UNLESS you have a wide board. Then it's just game-ending. Necropanther gets back a Lord or an early creature that used up one of its Nine Lives. Cubwarden is the Regal Caracal stand-in, and in some instances even better. We have enough cheap creatures that can't get through anything resembling a board. But if you can mutate Cubwarden onto it, it's like getting a 3/5 lifelinking hasty attacker AND two 1/1 lifelinkers for just four mana. The technical term for that is "ridiculous". Finally, Snapdax, Apex of the Hunt gets you a removal spell, lifegain, and a huge double-striking body that gets pumped by the lords. I've tried some of the other Legendary Ikoria cats, and they're all either too expensive to get full value or force us into five colors (again, something you can do in Historic but not Standard).

The early plays are either to help out with the big number of taplands (like Arboreal Grazer... he's not a cat, but he looks like one), or to gain a little life and provide a target for future Mutations (like Charmed Stray). Lifegain used to be much more important in a Cats deck and still is in Historic because of Leonin Vanguard in the format. You get so many tiny lifegain triggers that Vanguard by itself can grow Pridemate out of control. But in Standard, Pridemade is so often a generic 2/2 that I'd rather have Cats that do more when they get played. So much so that I'm even settled on a single Leonin of the Lost Pride if only for the three power on the attack and the ability to pick off a random Uro in game 1 on lucky days. We also get to take advantage of one of the best creature-based card draws in the game in Lead the Stampede. Why should Elves get to have all the fun?

The final card in the main is probably the most controversial in Rin and Seri, Inseparable. Disclaimer: I have been suckered by buy-a-box promos before that look like so much fun but just don't have enough going on to see Standard play. So if you want to play this deck but don't want to risk your money or wild cards, just finish off the playset of some of the other cats in the format. But I've found that the pair have a lot of value, even when you don't have any dogs, in board stall situations. You get to play a 4/4 for 4 mana that's probably a 5/5 or a 6/6 by that point in the game. You can then just... sit there. Play a cat, ping your opponent for 1, gain 3-4 life. Pass. Play another one or two cats, kill a three-drop, gain 5-6 life, pass. If that engine gets going, it's going to be really difficult to stop.

The sideboard is pretty rough, as I imagine any sideboard is at such an early point in the meta. I've tried to rely on the best options in the colors that I'm playing. If I'm going to play four colors, then I need to take advantage of those colors to cover all of my bases. White is a really good sideboard color, so we get Hushbringer for ETB decks, the new Runed Halo to neutralize specific threats, and Leyline of Sanctity. My guess is the Leyline might change in the future, but as of right now a lot of players are trying the mono-black Underworld Dreams with Peer Into The Abyss combo which the Leyline just wrecks. Green gives us a single Prey Upon along with Heroic Intervention, which functions as board wipe protection along with insurance for Regal Leosaur alpha strike turns. The final card is The Elderspell, mainly because the Nissa/Ugin ramp deck terrifies me and I feel like I can spell an efficient planewalker removal card even though I'm not playing any myself.

It's weird how deckbuilding can go sometimes. I had a couple of decks ready for the Early Access event that I streamed at Twitch.tv/FDTerritory (GOGOGOGOGO) that used a bunch of the new cards, and they didn't do much of anything. Then, I switched to the Cats as a sort of a meme and did really well with them. The deck plays as a typical creature-based deck, but you get some wild turns with it. Give it a try and let me know what you think about it, and as always... drive friendly! 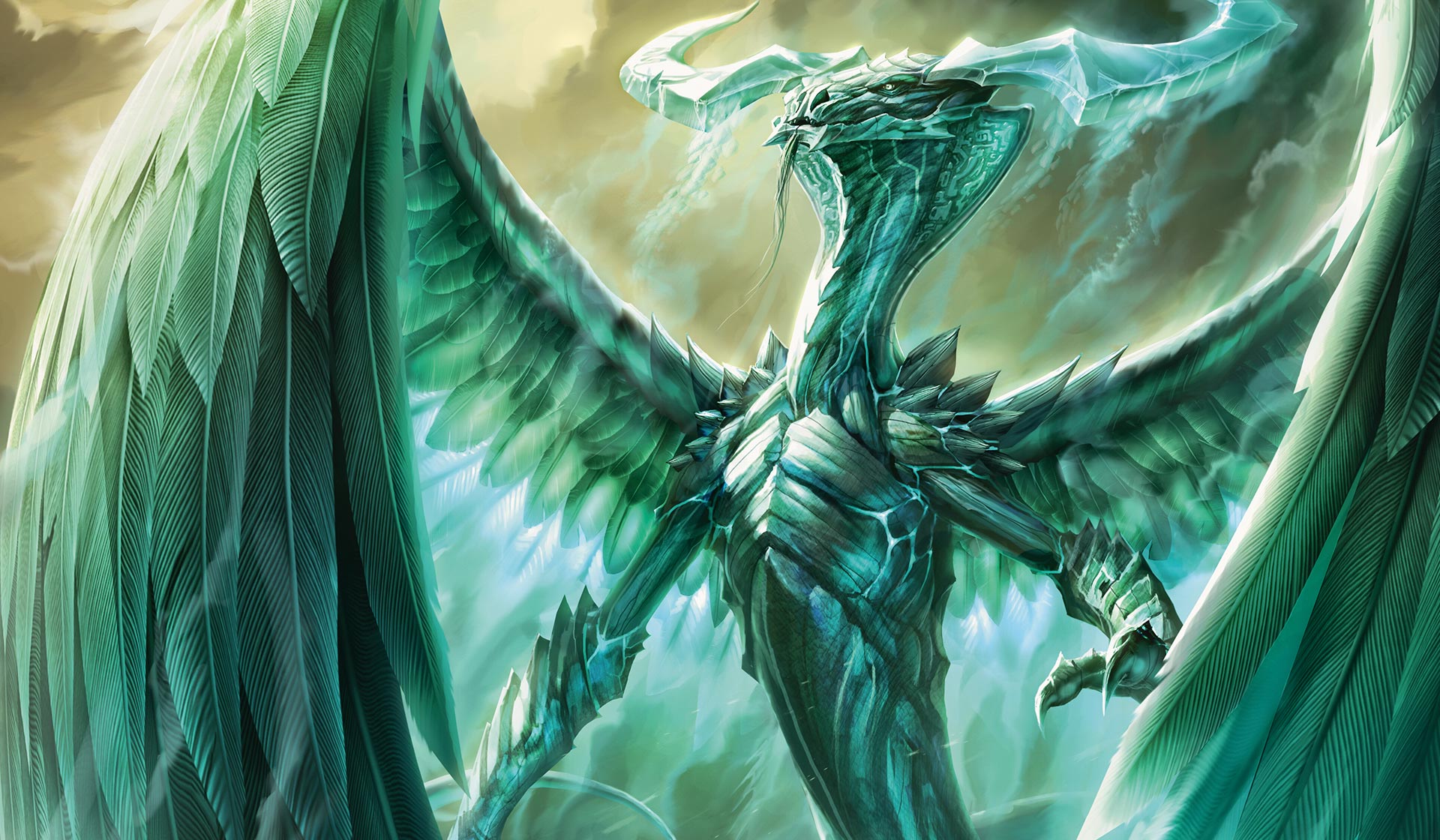 Guillaume Robert returns with another look at the emerging metagame for our new Standard.

Adjusting your thinking as you gain experience with a format is a critical skill for Limited players. Lord Tupperware shares five ways he's adapted to Core 2021.

Trading Posts
—
More Than Nine Lives: The Return of Cats to Standard
Share this