Way back in July, Wizards announced that they were going to switch up a few things. Feel free to read the piece, and then re-read it, and then one more time for good measure.

The short version is that the base booster pack experience isn’t changing, but the premium (which is their word for foil) rates are increasing, and they are adding new types of card treatments in order to let people spend more money on the rarer version of a card.

Please keep in mind that the original card isn’t affected at all--but what is affected is the amount of money we’re able to spend on these cards. Every card in Throne of Eldraine is going to have four versions, as opposed to the two to which you've become accustomed. So not only is the foil version of a card going to be more common, but there’s some sort of promo available, which is going to show up in foil and nonfoil!

Feeling confused? Me too.

If it helps, have a video that WPN made to show the rates at which these cards show up.

The important thing is this moment: 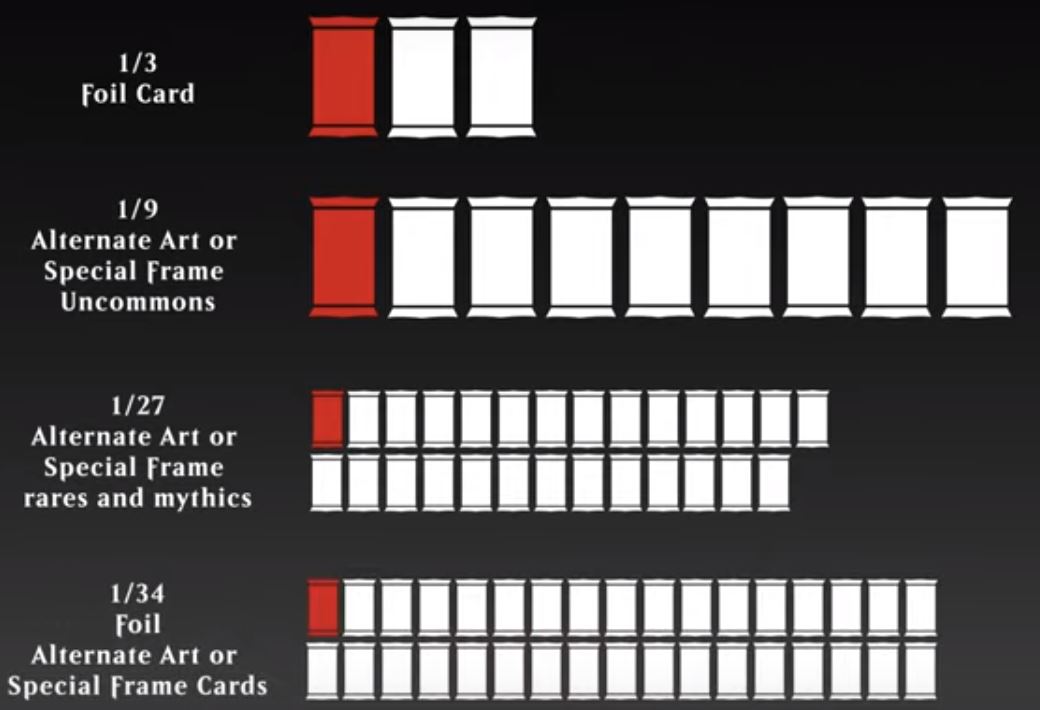 Got that? Your foil rate is going up, because that’s what they did in Core 2020. 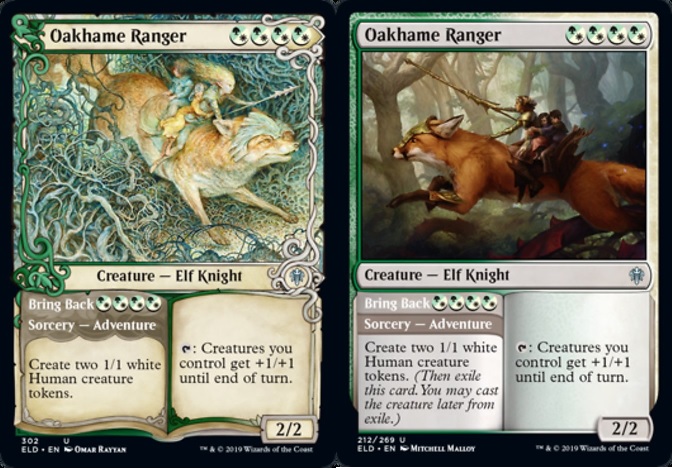 Showcase Frames are only for the creature with an Adventure on them. There is new art and a more ornate frame. This can happen at any rarity level, since there are Adventure cards at Common, Uncommon, Rare, and Mythic Rare. 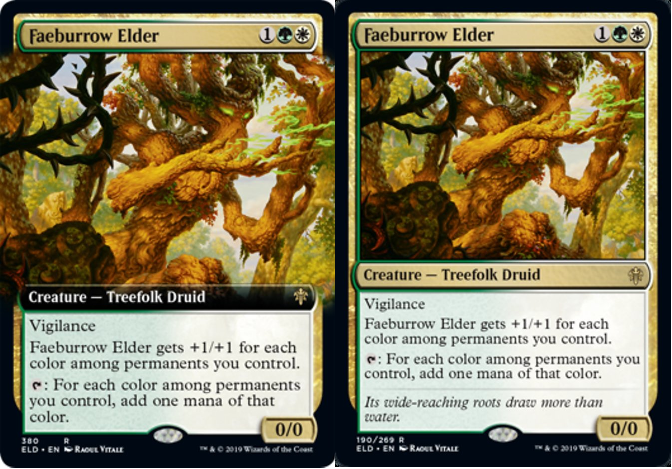 Extended Art is basically the original art, but zoomed in a little and with the sides extended to the edge of the card. This can happen to any rare that doesn’t have a Showcase Frame. 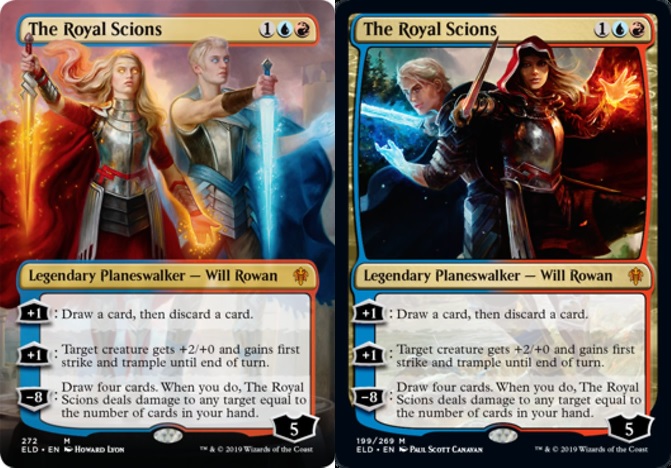 Borderless Planeswalkers are exactly what we saw in Mythic Editions: new art, and no borders. I’m hoping the foil treatment is a little less FTV, but that’s personal taste. The planeswalkers in this set are all Mythic, so this treatment shows up in proportion to that rate.

So now that we know the types of cards, and we get that they can all happen in foil and in nonfoil.

The most relevant next question is, what are these awesome versions going to cost us? Well, I have some estimates, but ultimately the market is going to decide. Sometimes the market decides silly prices, and sometimes things make sense.

Every card has four tiers: Regular, Special, Foil, Special Foil. (Special is doing a lot of work here, filling in for Showcase, Extended, and Borderless.)

We already know that foils (when the old distribution of 1 out of every 67 cards was foil, that's been increased to 1:45) were usually about 2.5x-3x the nonfoil price. That number is going to creep downwards, as there is a certain population of Magic player who loves only the shiny things but now has a higher rarity of shiny to chase.

I think the new foil ratio, barring extreme demand or an extreme lack thereof, is going to settle in the 1.75x-2x range. That’s for every card as a rule of thumb. It’s quite possible I’m wrong about that, but with a higher foil frequency and a new tier for collectors to chase, foils are going to take a hit, value-wise.

The special-art cards are going to fluctuate wildly. The art quality will affect how much of a premium the nonfoils command, but the card’s playability will determine a larger portion. If something is a big hit in Commander or Legacy, those are usually the indicators that the foil price will go nuts. The nonfoil, barring some piece of art that is iconic/amazing, is going to be around twice the price of the original.

The closest we’ve come to this four-tier arrangement is the Japanese set of alternate-art planeswalkers. When opening a Japanese pack, if you got a planeswalker, you had a 50% chance of that planeswalker having the alternate art. That’s a much higher frequency than we’re about to get in Eldraine, but balancing that is that this was only the Japanese-language packs. Some price groupings include:

The nonfoil special versions are a wide range, some are equally priced and some are 10x. The foils, well, nonfoil English Narset, Parter of Veils is around $2.50, while the foil Japanese alternate is around $250. I don’t think we are going to get that level of multiplier with Throne of Eldraine, but I do think there’s going to be clear tiers.

A reminder: No one has to buy anything other than the original version of a card. The other versions exist only to satisfy the collectors in the hobby, the people who like to make their Magic experience a little more unique. Collector Boosters and Deluxe Editions don’t change the root game. The presence of Masterpieces lowered the overall price of Standard, but I don’t think these are quite at Masterpiece levels of value.

Hopefully you know where you fit on the demand contiuum, and can adjust your demands, and budget, accordingly. 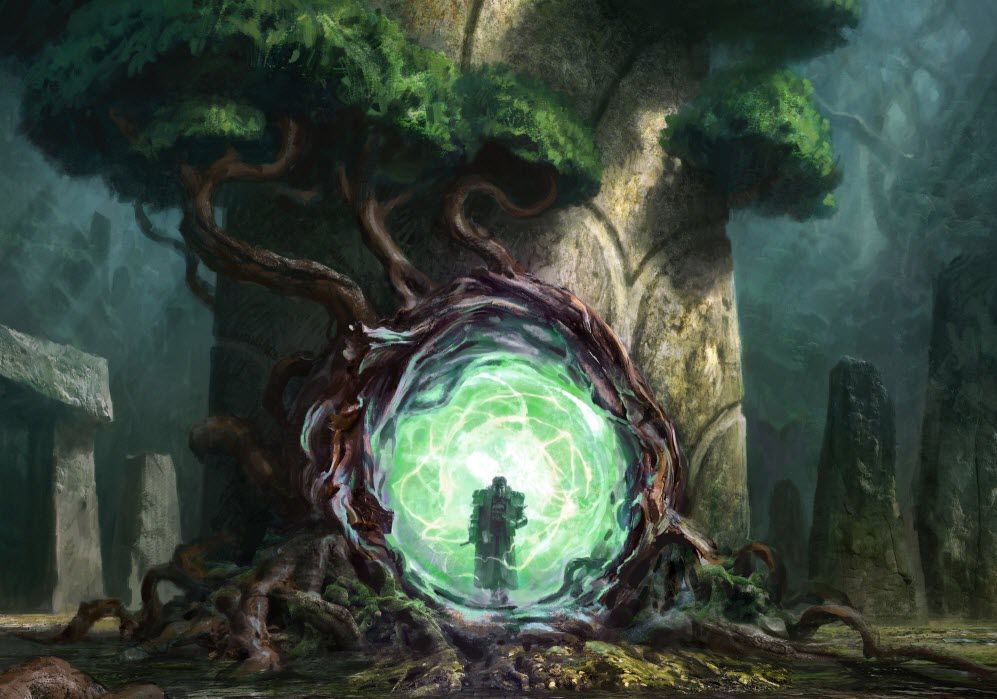 Darin Keener's advice on how to prep for a new Standard without jumping in before the meta settles. 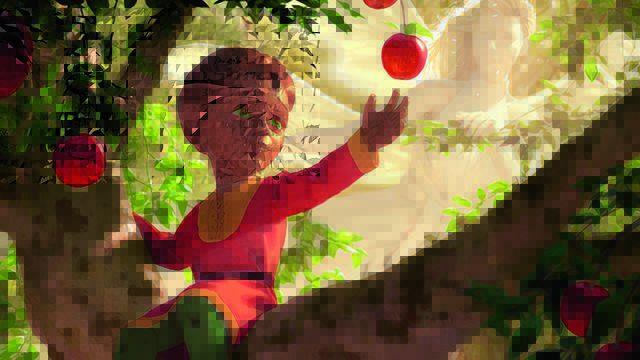 Cardsphere staff and friends provide their picks from Throne of ELdraine.