There is a very simple question at the heart of Magic’s 30th Anniversary set: What would need to be in packs, and at what frequency, for you to pay $250 per pack retail?

There’s more that goes into these calculations, of course, but that’s the core question. You see, unlike the Collector’s Edition in gold borders, where you were given a known quantity of cards, you’re buying a booster pack of Beta reprints.

Of course, it’s not *pure* Beta reprints. You’re opening cards that have the modern frame but are Beta cards, down to the artwork. (We’ll get to the retro slot in a moment.) So what you’re going for is the rare in the $250 pack, the uncommons, commons, and basic land aren’t a huge deal. Collectible for people who like full sets, but not the big draw.

The big draw, of course, is that this is the first official printing of the Power Nine and the dual lands in more than 20 years. They are not legal for tournament play, which is fine, as you only care if you’re into sanctioned Vintage or Legacy. Any playgroup that accepts the gold border versions should take these too, and frankly, these versions of the dual lands will be rarer than Revised duals.

That might seem like a stretch, but we actually have numbers for Alpha, Beta, and Unlimited, thanks to some dedicated researchers and ex-Wizards folks who knew the numbers. We don’t have the same provenance for the data for sets since then, but bear with me.

Now, there’s one more wrinkle: the two slots for a retro frame. One is guaranteed to be a land, and the other could be anything. They told us that approximately 30% of the retro cards will be rares, with the same removal of problematic cards and the doubling of duals.

So you can take all the same odds and reduce that by a third, for some really sad percentages.

I said earlier that these duals are likely more rare than Unlimited or Revised copies. Let’s talk about Volcanic Island.

Unlimited had just over 16,000 of each rare. To match that number, we’ve got to multiply by 16, for 246,000 units are a grand each, which would be a quarter of a billion dollars from this one product release. Wizards is a big company, they did claim a billion in revenue from all of 2021, but no one product ever makes that much of their sales.

Revised went a whole lot bigger than Unlimited, for the record.

What I want everyone to remember about this set is that these are collectible replicas. I can buy a New Orleans Saints replica jersey, and everyone gets that it’s gonna look real but it’s not actually real. It’s not the same material, it’s not the same sizing (replicas can’t be worn over pads) and therefore it costs less.

These are not ‘real’ duals or power, but they are official replicas, valid wherever people play more casually. These are also super collectible, because there’s only a few thousand of each rare (and a third of that for retro frame versions!) and no more coming. Because this set will likely sell out, you’ll need to view this as a collector’s item, not a repository for new duals/power. There’s not enough of these copies to make a noticeable dent in demand.

So what’s the final tally? Clearly we’ve got a price comparison for these replicas, and there’s a good number of people who would flinch at spending too much on a replica Underground Sea if a real one is about the same price. However, that’s when you’re dealing with the average kitchen table/LGS player.

I believe that the replicas will end up at a price more expensive than the Revised versions, and it’ll be neck-and-neck with the Unlimited ones. Remember that these are collector items, frequently purchased by people who are heavily invested in the game already. The hype on these in the early days will be astounding, as replicas sell for prices not too far away from the prices of the real things.

Those prices will trend towards, though, and we’re also going to see a flood as the lesser cards hit the market. I wouldn’t speculate about how cheap replica Animate Wall will be…but it’ll be low. How low can the chaff from a $250 pack be? We’re about to find out.

The retro frame chase cards will indeed be heavily sought after, and have a price point much higher. I will be shocked to see them sell as singles for higher than Unlimited and lower than Beta, but again, these are collector items that are not going to circulate very much.

One other thing to note: The replica basic lands are going to go for a pretty penny too. You get two regular and one retro per pack. I’ve stayed away from speculating on basics for a while now, but if these get cheap, it’ll be tempting to pick up a draft set. It’s pretty unlikely for these to fall too far, being three cards in a $250 pack, but some collectors will push the price of basics up higher than we’d believe.

Chris's Commander Corner is back and he's talking about Magic's latest precons from Warhammer 40K. This article is loaded with five picks and an MTG finance analysis for your "Tim" aka Ghyrson Starn, Kelemorph deck! 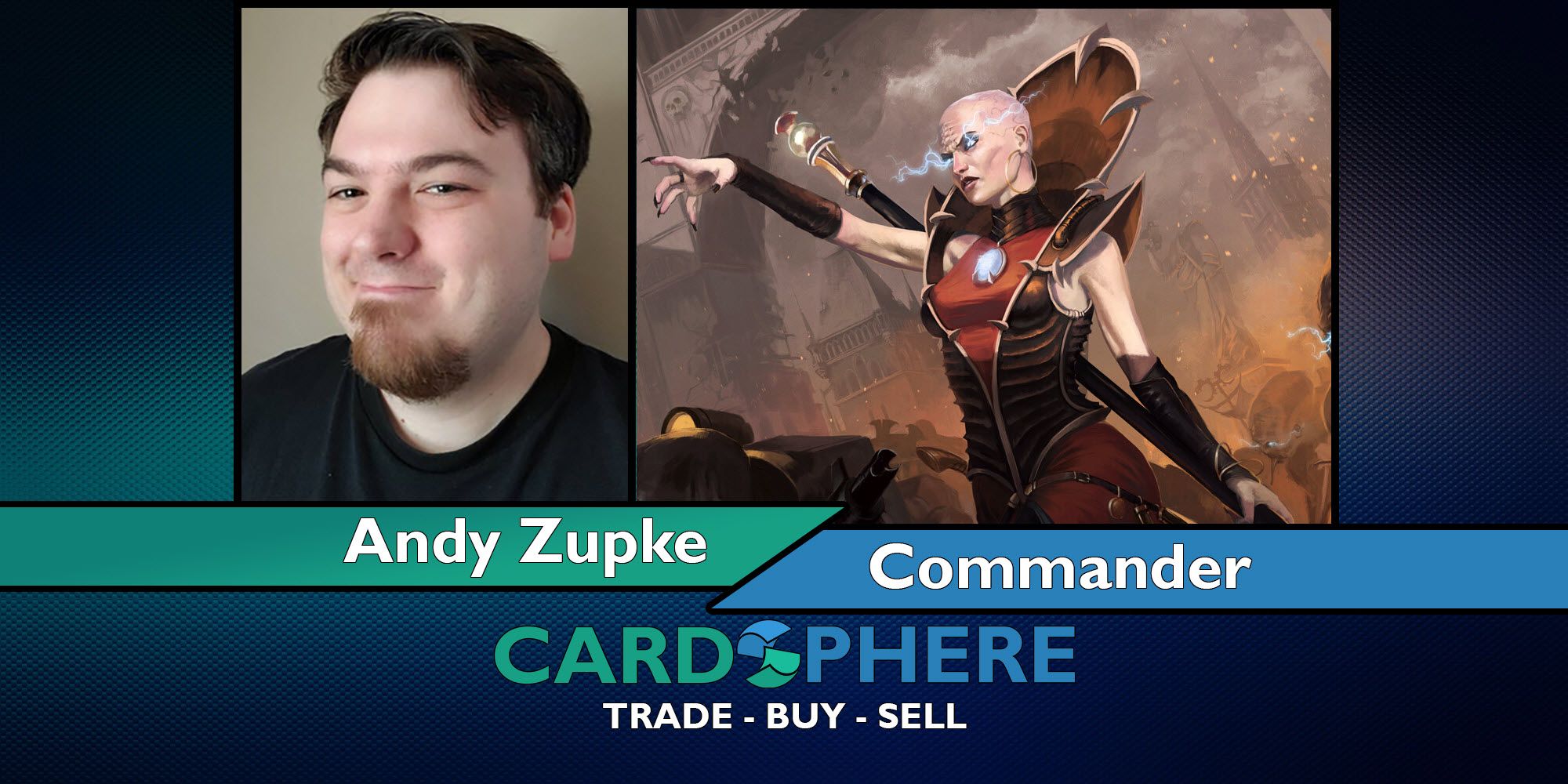 One of the most exciting new Commanders from Universes Beyond is featured in today's article -- go big with X spells using Magus Lucea Kane!

Trading Posts
—
Magic's 30th Anniversary Set is a Collectible Replica, not a Replacement
Share this