Before Magic became my all-consuming hobby and content creation became my career, there was another game that captured my heart and mind: Poker. Anyone who has played both games knows what a huge overlap there is in the skill sets to succeed at each. I have often described Magic to my muggle friends as “a cross between poker and chess, if they released new chess pieces every 3 months.” While the comparisons between the games are innumerable, I believe there is one skill that poker has given me that Magic players often struggle with: putting yourself in your opponent’s shoes. In Poker, it’s crucial to try and look at the game from the perspective of the other players at the table. The moves that your opponents make tell a story. How much and when they bet can help you to deduce the possible hands they might have. Sometimes they tell a convincing and consistent story and you believe they have the cards they are representing. And sometimes their story doesn’t add up. In Limited Magic, one of the most significant edges you can gain is in gleaning information from the story your opponent tells with their plays.

When your opponent’s action doesn’t seem to make sense on face value, I think the assumption most magic players have is that their opponent is bad. “They’ve made a mistake! Of course! Because I am great at this game and they are not!” This is a very dangerous default mindset. It is much better to assume your opponent is smart and that they are making decisions for a reason. This is where putting yourself in their shoes comes into play. Let’s say, for example, your opponent has a Whisper Squad and a Durable Coilbug in play on turn 3 against your Essence Symbiote. They have an untapped Forest and Swamp and they go to combat and attack with both creatures. Them offering to trade Symbiote for Coilbug makes total sense, but why are they chump-attacking with the Squad?

The first option is that it could be a bluff attack. The art of bluff attacking is something I am probably not equipped to write an entire article on. Nevertheless, it is another great skill to master to up your win percentage. The general idea of bluff attacking is that the greater the delta of quality between the creature attacking and the creature that could block it, the more profitable the attack. The other day my opponent tapped out for a turn 4 Parcelbeast and the following turn I happily attacked my Lifelinked Bootnipper into it. The strength of Parcelbeast is so much higher than Boot Nipper that I believed there was such a small chance my opponent would ever block and in that instance I was correct. In the situation described above, however, I’m not sure there’s that much of a gap and it’s possible that Whisper Squad is even better than Essence Symbiote in which case it would be a wild bluff. I think I would rule this out as an option

So now the guessing game of what they could have begins. The most likely choices are combat tricks that save the creature like Unlikely Aid or Sudden Spinnerets. Unexpected Fangs is the other option, but would be a 2-for-1 in our favor, so I doubt our opponent would be offering that. I would ultimately not block in this scenario but would proceed with the knowledge that our opponent has one of those two tricks in their hand and try to use that information to my advantage later in the game by getting them to use it in a sub-optimal situation, forcing them to keep 1 or 2 mana up the rest of the game thus having to play off curve, or getting to blow them out with a removal spell when they eventually decide to deploy their trick.

Let’s take a look at a few in-game situations from Ikoria Limited where there’s more information being given than meets the eye.

Here we have a game where I’m playing against an opponent on Yorion, Sky Nomad Companion with 5 mana available. Instead of casting their free Air Elemental, they instead pass the turn with that mana left up. This tells a pretty significant story. Could they have been scared of me having an Essence Scatter? Perhaps, but I think that’s pretty doubtful. Even if I counter their free 8th card, they’re ultimately still ahead on resources. I think the more likely scenario is that they have something they want to do to interact with our board. It could be any number of counterspells like Scatter, Neutralize, or Convolute. But that seems like such an inefficient use of mana for this turn cycle. Although we haven’t seen the card and it’s a rare, my gut tells me that my opponent has Voracious Greatshark. It’s the only card I could really see wanting to cast to pass up on getting Yorion on the battlefield. Now, what do I do with that information? I can choose to do nothing and pass, which still gives them the option to just cast the 5/4 flash creature. Or I could choose to let them counter the card I value the least and then perhaps set up a Lore Drakkis to get back a removal spell if it’s in my graveyard. The answer to that question depends a lot on the flow of the game, but I believe this to be the correct read.

Here we have a game that I am mere moments of securing the win for. I’ve got my opponent down to 1 life with a Sanctuary Lockdown and Checkpoint Officer in play and with two mana available, they let me move to attacks. Well, I suppose if they used a tap ability here from the Officer they would be dead, huh? So, there are really only two options: they have Divine Arrow or they’re dead and are bluffing they have Divine Arrow. While this would be a MASTERFUL bluff, I just don’t give our opponent respect for that. They would have to assume I understand that Divine Arrow is a blow out for me and that I would play around it, which is a lot to ask. And if they do have Arrow, which I’m inclined to believe they do, it’s pretty disastrous for me. They kill Dirge Bat, and then Officer eats my Coilbug and their Human token eats my Farfinder. I go from having the win to being in a terrible spot to close out the game. If I pass through attacks, and cast Skull Prophet, I can win through Divine Arrow next turn and continue to force them to hold up two mana for the rest of the game, which is fairly significant since they’re stuck on four lands.

Just as important as the information you receive from your opponent is the information you let slip via the actions you take. In this example, I’ve attacked my opponent with a Prickly Marmoset and Flourishing Fox only to have them flash in Pouncing Shoreshark onto a Trumpeting Gnarr mid-combat and bounce my Fox. They elect to let the Marmoset go unblocked, but how do I proceed now? I want to be able to Divine Arrow the Shoreshark next turn as it threatens to do a lot in my opponent’s Sultai Mutate deck. The most mana-efficient play is to cycle a Rooting Moloch and Divine Arrow the Shark so that the following turn I can cast the second Moloch to return the first to my hand. The only problem with that play is that it leaves us passing with 4 mana available while not recasting the Fox that our opponent knows about. It’s entirely possible that they deduce we have Divine Arrow from that and don’t attack, effectively wasting two of our mana that turn (of course we can also cycle Shredded Sails to use the mana, but we don’t affect the board.) The correct play, though it strands a mana, is to replay Fox and pass, representing the potential to grow the Fox with cyclers thus concealing the Divine Arrow you intend to use.

In this situation, we’re facing a 5/5 menacing Cavern Whisperer against our lone Durable Coilbug. Last turn we elected to attack with it since we can’t block their creature. This turn, however, after drawing Blitz Leech, we leave it back as a blocker and pass to our opponent with 6 mana. This should be sending alarm bells off on the other side of the battlefield. Why was I interested in attacking with Coilbug last turn but not this turn? I think the easiest explanation is either Lurking Deadeye or Blitz Leech, both of which would allow us to trade with the Whisperer and still have a Coilbug to return and recast on a later turn. If our opponent is thinking critically about the situation, they should be able to read between the lines here and hold back on attacking.

Here we’ve got another opponent with Voracious Greatshark mana available (of course these 5 lands could be representing anything.) The important thing to note here is that I’m choosing to cast Essence Symbiote pre-combat. Why would I do that? Well, obviously you can tell from this image that it’s because I’ve got Pouncing Shoreshark in my hand. And I think that’s a pretty reasonable conclusion for our opponent to draw as well. Why else would I be interested in casting this creature before attacking? This type of play could definitely be written off as lazy or careless, but looking at it a little deeper and asking yourself why your opponent is choosing to play this particular creature pre-combat should get the wheels turning. (They did in fact end up having Voracious Greatshark, which allowed us to flash in Shoreshark on the Void Beckoner, not bounce anything, but grow it to a 9/9 to kill both blockers.)

There are a ton of things to keep track of in a game of Magic and the subtle (or sometimes not-so-subtle) pieces of information your opponent gives you can pay off in spades later in the game if read correctly. Assuming your opponent is smart will only serve to keep you on your toes and think critically about the reasoning behind every single one of their plays. Going with your gut and getting the correct read on a card your opponent has is one of the most rewarding things you can do. What are some of the best plays you've made in Ikoria Limited? Let me know on Twitter! And, as always, happy drafting! 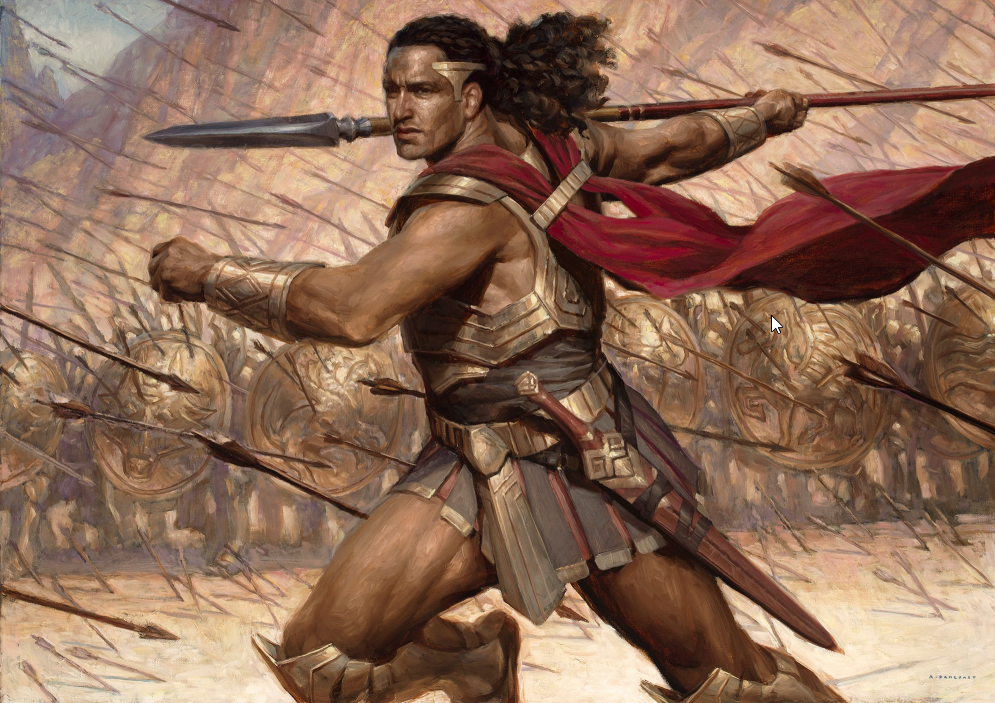 Skybilz is back and so is Winota. The bannings just made more room for different payoffs and new adventures. @OXG_Esports 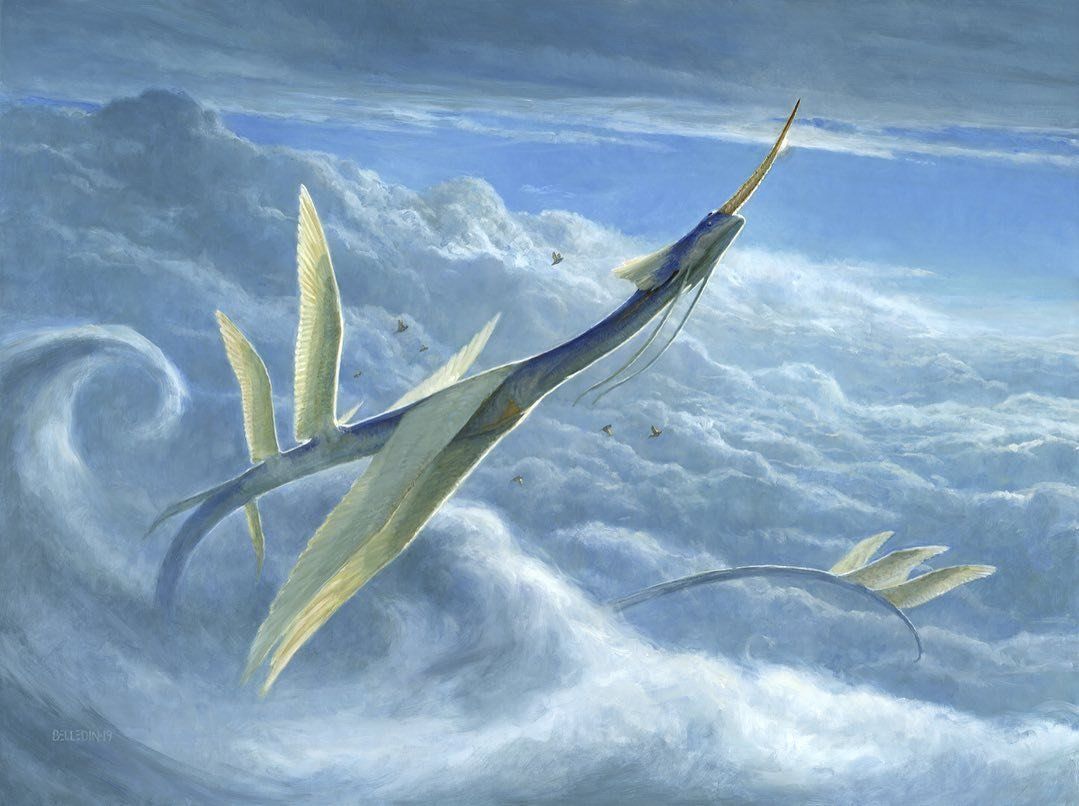 Guillaume Robert anticipates the impact of Monday's errata and bannings across Standard, Pioneer and Modern. Are you ready for your new meta?

Trading Posts
—
Limited Lessons: Reading Between the Lines
Share this