What’s up, Cardsphere friends? Welcome back! I’m going to be doing something a little bit different today. I had expected that this week’s article would focus on Commander 2021, probably a deck tech for one of the sweet new legends in the set. But something happened this week that I want to talk about. Modern Horizons 2 previews kicked off, and amidst all the fun cards being previewed, one card dropped like a bomb and set the Magic community ablaze. Of course, I’m talking about Void Mirror.

Whenever a player casts a spell, if no colored mana was used to cast it, counter it.

My knee-jerk reaction was, “My Traxos deck, you bastards!” I got on Twitter and on the Scrap Trawlers Discord and immediately voiced my displeasure, threatening to perma-ban anyone who plays it while I'm running my colorless deck. Was this reaction justified? Well... we’ll get to that later.

What Does It Do?

What it doesn’t do is stop you from playing artifacts. You can still use your colored mana to cast artifact spells. Unless, of course, you’re playing a colorless commander deck with no sources of colored mana. Like my Traxos, Scourge of Kroog deck, which is one of my favorite Commander decks.

But it does stop a lot of other things. It stops the Cascade, Rebound, and Suspend mechanics. It stops Pact of Negation, Force of Will, Bolas’s Citadel, and Mana Crypt. Anything that says “without paying its mana cost” like Diluvian Primordial or Mizzix’s Mastery. It shuts down some commanders' abilities, like: Etali, Primal Storm; Golos, Tireless Pilgrim; Rashmi, Eternities Crafter; and Vadrok, Apex of Thunder. And a ton of other cards. It shuts down a lot. And because of that, some people aren’t going to be happy to see it across the table in a Commander game.

So this brings us a perfect opportunity to talk about something I haven’t really gone into with too much depth in my writing. And that’s my philosophy on Commander. Don’t worry, we’re not going to go into some long-winded journey through the mind of Andy Zupke here. No one wants to read that. Nope, as it turns out, my philosophy on Commander is very simple. You ready? Here it is:

It’s a game, not a competition. As such, even though only one person wins, everyone should have fun.

That’s it. Simple, right? Everyone should have FUN.

When you’re getting into a commander game, you’re entering into an unwritten agreement, or a “social contract,” with the other players. This agreement entails all of the things that each player hopes to get out of the game, or the “experience.” It should also include what people don’t want to see played. This agreement should be discussed before the first player starts, which is why we call it Rule Zero. Now, where we encounter problems is when people don’t agree on this, or don’t realize that what they’re doing goes against it. For example, dropping a Leyline of the Void on turn zero when a mono-black graveyard deck is in your pod. That graveyard deck just got shut down. They literally can’t play their deck’s strategy unless they’re able to draw a Feed the Swarm, and they don't get to play the game they planned to play. Similarly, when you drop a Void Mirror on turn 2 when I’m playing Traxos, you shut me out of the game, and therefore prevent me from having fun.

Some cards can ruin games, and should be considered carefully before being played. Does this mean that Void Mirror shouldn’t be played? Not at all! It’s a perfectly reasonable piece of hate against free spells, and I have no problem with people playing it. But if a colorless deck is in your pod, or a commander that casts spells for free, you should ask that player before the game if they’re cool with you playing it. If they’re not, then don’t play it. If you do anyways, or fail to disclose that you can and will play it if given the chance, then you are clearly breaking the social contract you entered when you started the game. Don’t do that.

My Traxos deck is pretty well known among my group of friends, so a few people mentioned me as soon as Void Mirror was revealed. As I said before, my knee-jerk reaction was anger and threats. How do I feel about this reaction after a day? Honestly, I still stand by it. The perma-ban threat, at least. Maybe not so much the anger. I got past being angry when I realized that Void Mirror is unlikely to see much play in casual commander. Yes, it does shut down a lot of cards that see play in non-competitive Commander, and can definitely do work in a lot of games. But does that mean that people are going to find a slot for it in decks regularly? Most likely not. Hate cards like these just don’t make it into most Commander decks, because it’s kind of a do-nothing card most of the time. Plus, what deck would you even put it in? All of them? It doesn’t exactly synergize with any commanders that I’m aware of. The cEDH community, however, may latch onto this one, as zero cost spells are very prevalent in the high power meta. Only time will tell.

So is Traxos going away because of the threat of Void Mirror? Hell no. Am I going to throw colored-mana makers like Exotic Orchard or Cascading Cataracts into Traxos just in case someone plays Void Mirror against me? Also Hell no. One of the most fun things about my Traxos deck is all of the colorless utility lands, like Field of the Dead, War Room, and Tyrite Sanctum. No way am I sacrificing those cards because of one card that exists that could shut me out of the game. And, to be honest, the chances of me ever having to see a Void Mirror when I’m playing Traxos are slim to none. It’s not a deck I play terribly often, and I generally only play it with people I’m friends with. And if someone decides to take advantage of the severe limitations of my already under-powered colorless deck by shutting me out of the game, that’s a them problem. Not a me problem.

That’s all I got for you today, friends. Check back for my next article in two weeks, where we’ll be talking more about Modern Horizons 2. Until then, you can find me streaming budget EDH with Scrap Trawlers here at 7:30PM Central Sunday nights, or check out our YouTube videos here.

Take care, everyone. And play lots of games! 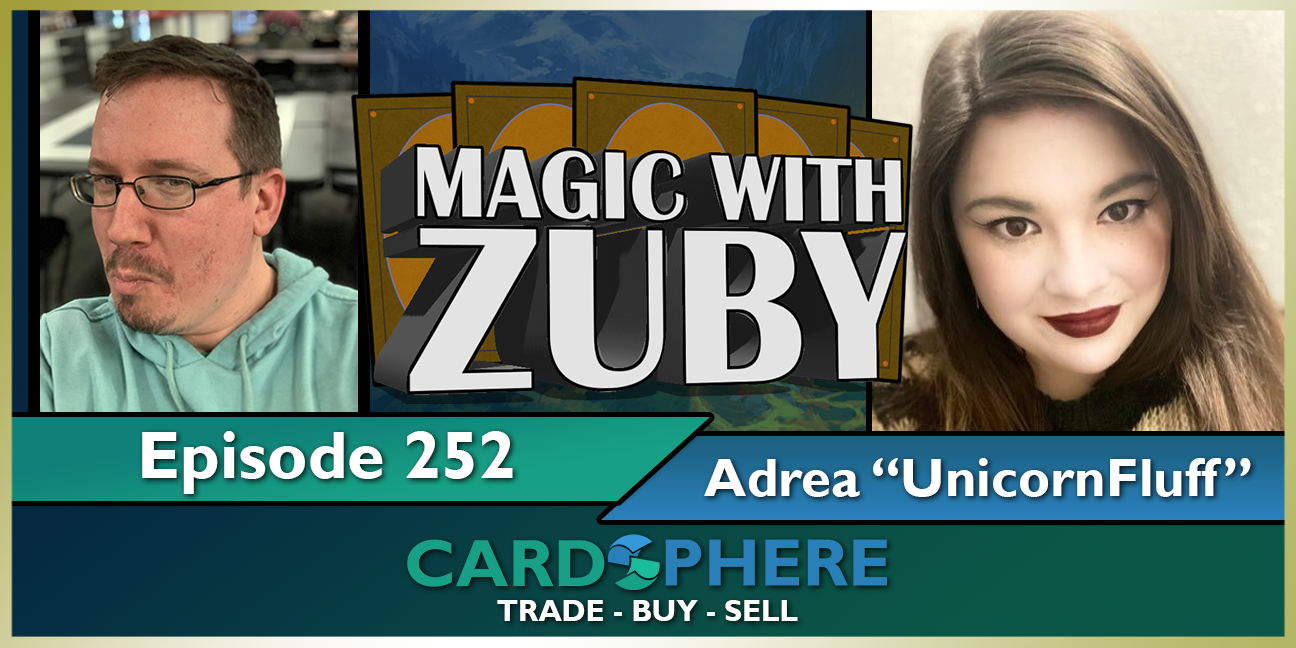 This week we brought on the awesome Twitch streamer, Adrea aka UnicornFluff! We discussed her start into streaming and why she went from Arena to just EDH and so much more. Help me in welcoming Adrea to the show! 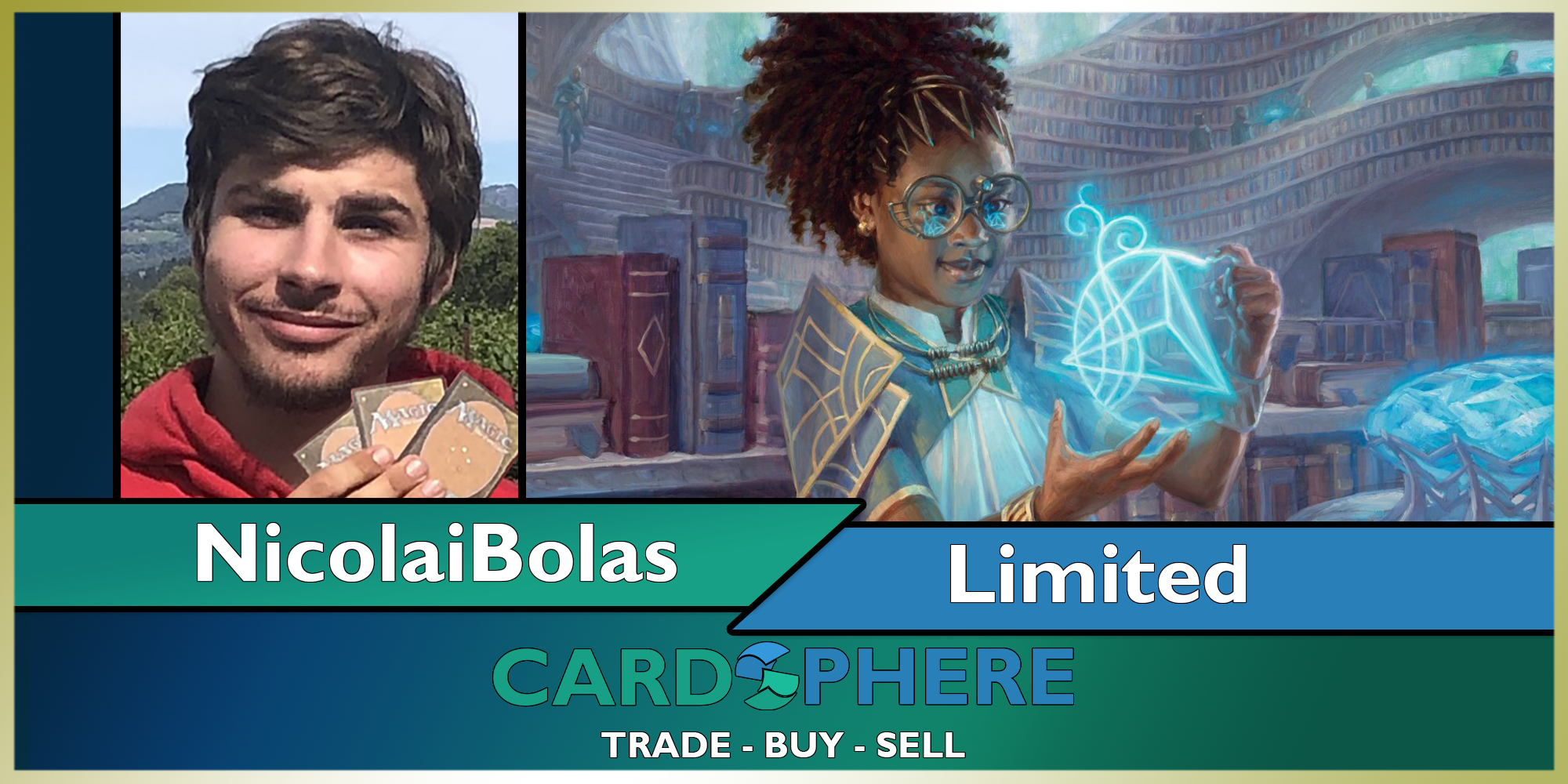 NicolaiBolas breaks down the three Arena draft modes, discussing the appeals and challenges of each. Which way will you play?