Greetings friends! I hope you’re all doing well and enjoying the warming weather (at least in the northern hemisphere) and the Strixhaven/Commander 2021 previews rolling in. The last couple of articles have taken us further into our series on deck building for beginners, and before we start digging into Strixhaven, I’d like to show you all the new deck that I’ve made using a partner pair from Commander Legends. It’s high-powered. It’s degenerate. And it’s a lot of fun. It’s Kodama and Tevesh Szat.

Am I the Scumbag?

This is a black and green deck with a focus on an aristocrat tokens strategy. Leading the deck, we have Kodama of the East Tree and Tevesh Szat, Doom of Fools. Kodama is an incredible value engine, giving you free stuff out of your hand whenever you put something onto the battlefield that wasn’t put there with its ability. Important note: Kodama is triggered by any permanent entering your battlefield from anywhere. This includes tokens. So if you put a 0 mana value token onto the battlefield, you can drop a 0 mana value card from your hand into play. That means we’re going to be playing a lot of extra lands.

Speaking of tokens, our other commander can make two of them every turn! Tevesh Szat is a planeswalker with a +2 to make two thrull tokens, a +1 to sacrifice a creature and draw two cards (or three if the sacrificed creature is a commander), and -10 to gain control of all commanders and put all commanders from the command zone onto the battlefield under your control. When this card was previewed last year, my eyes bugged out for a full ten minutes. To be honest, I thought activating Szat’s ultimate was a pipe dream and no one would ever let me get him to 10 loyalty. But I’ve played two games with this deck and managed to pull it off both times. And it was good. Very good.

Let’s start by looking at how the deck wins. In most cases you’re going to take your opponents out by using life-drain effects like Zulaport Cutthroat, Blood Artist, Poison-Tip Archer, and Bastion of Remembrance. I’ve also included Wound Reflection to double the life lost. Or you might get to the finish line through combat. To help with that path to victory, we’ve got Triumph of the Hordes for the Infect win, and Mazirek, Kraul Death Priest to make our creatures all gigantic.

So where are all of our creature tokens coming from, besides Szat? I’m glad you asked. For that question, we’re going to look at the MVP of the deck: Scute Swarm. Scute Swarm makes copies of itself whenever you put a land on the battlefield if you have six or more lands. And all of the Scutes entering will trigger Kodama separately. That means if you have a handful of lands, you can just keep playing them and making more Scutes. Because of this I’ve added a ton of card draw to the deck to make sure I always have a full hand. And there’s also Path of Discovery. Whenever another Scute enters, it will trigger Path, so you can look at the top card of your library. If it’s a land, it goes to your hand. So you stack those triggers so you resolve Path first, potentially get a land to your hand, then drop it in play with the Kodama trigger, double your Scutes again. Repeat until your deck runs out, dropping the non-lands into your graveyard. Then kill all your Scutes with a Phyrexian Altar or a Damnation while you’ve got a Poison-Tip Archer on the board. Sounds fun, right? But if you don’t have a way to kill all your Scutes, just wait a turn and swing in.

We’ve got some other fantastic token makers, like Grave Titan, Avenger of Zendikar, and Bitterblossom. By the way, Grave Titan and Avenger of Zendikar really love this super cheap card from Prophecy called Dual Nature, which makes a copy of any non-token creature entring the battlefield. It has the drawback of affecting the other players as well, but we’re built to make sure we get the most out of it. I’m also running Panharmonicon to double Kodama’s ability when a creature or artifact enters.

In order to make sure we can pull all of this off, I’ve included a much higher amount of ramp and card draw to the deck than I normally do. We’re talking about 13 ramp cards and 17 draw/advantage cards. All of this is going to make sure that the deck keeps chugging along at a fast pace to get us to our win. The highlights here include: Bolas’s Citadel, one of the best card advantage engines available; Liliana, Dreadhorde General, which serves many purposes and can potentially end the game quicker if we get her to ultimate; Awakening Zone for a mana token and a free Kodama trigger every upkeep; and Zendikar Resurgent, a mana-doubler that also draws us cards. And let’s not forget Phyrexian Altar, a free sacrifice outlet that can get us to the finish line if we’ve got our life drain cards on the field.

I’ve also got a little bit of Proliferate happening in the deck, just for some extra counters on our planeswalkers. Evolution Sage is an absolute bomb here. With as much land as Kodama is going to let us play, if unchecked, we’ll be hitting that ultimate on the Walkers with no trouble at all. Also included is Karn’s Bastion. This is just two cards, as I didn’t want to go overboard on the Proliferate since it’s not the main goal of the deck.

Your opponents are gonna hate on this deck, so you’re gonna need protection. Heroic Intervention is your best friend in any green deck. I’ve also included Bind, an underappreciated card, to stop pesky activated abilities. Druid’s Deliverance is a Fog with Populate attached, and Sudden Spoiling can save our butts from all kinds of situations.

We’ve also got some recursion to get back our important cards if they’re killed, with Animate Dead, Eternal Witness, Praetor’s Counsel, and Evolution Charm.

Lastly, we’ll need some cards to deal with other people’s threats. Deathsprout isn’t very efficient, but it’s great here for fetching out another land from the deck. Barrier Breach is a card I’ve become a big fan of, as troublesome enchantments seem to be on the rise lately, with cards like Fiery Emancipation and Reflections of Littjara showing up more frequently. Damnation and Decree of Pain are our board wipes, which can also act as finishers if we’ve got a Scute army and one of our life drainers on the board.

All right friends, that’s all I’ve got for you today. What do you think of this deck? Look like something you’d like to try? Too degenerate? What cards am I missing? Let me know on Twitter at @AndyZupke. And if you’d like to take the deck for a spin yourself, head on over to Archidekt here.

As you’ve probably seen, Strixhaven previews have begun, so we’ll spend some time there for the next few articles before we get back to my deck building for beginners series. Until next time, take care. And play lots of games! 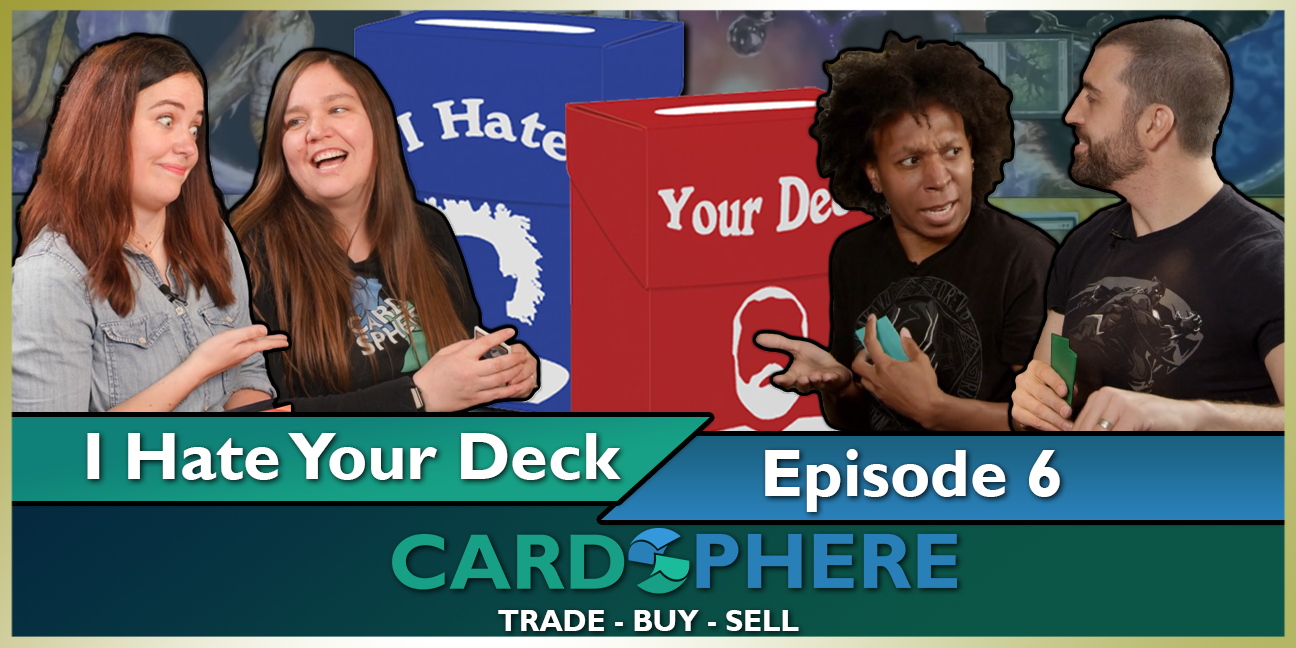 THE REMATCH! Rachel Weeks and Krissie Lynch are back to join Lynch and Joseph, the co-hosts of I Hate Your Deck, to go head to head in this multiplayer game! Revenge is on the plate today! 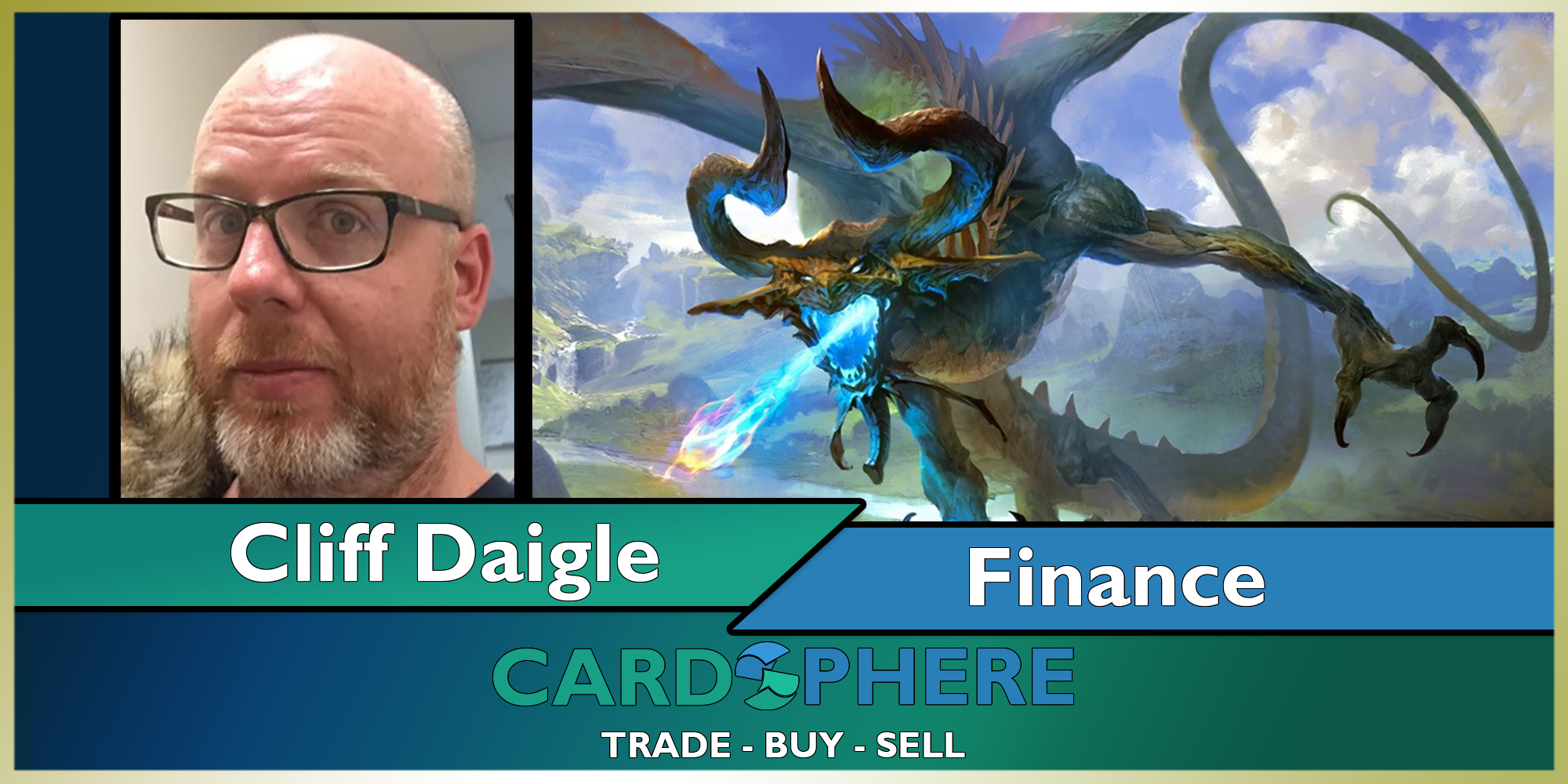