Some people get a bit depressed at the end of every Standard cycle. After all, your favorite cards are going away. Many of the deckbuilding staples that you've been throwing into decks without much thought for the past year or so are no longer going to be around (note: Wizards, if you don't reprint Llanowar Elves in Eldraine I don't know what I'm going to do with myself.) You might be able to come up with something creative and cool, but by the fall... POOF. It's gone, never to be seen again (except in Historic and we don't really know what THAT'S going to end up being like.) But it also means that there are some real opportunities to shake up the format...to come up with something creative in a play space that hasn't seen much action lately.

For me, that area is enchantments. I love enchantments. I play GW Enchantress pretty regularly in Modern, and while I haven't started playing Legacy yet I'm down to watch any of the enchantress builds when a streamer or YouTube maker plays them.

Enchantments are difficult to remove. They can drastically change the structure and aim of the game. A well-placed enchantment can singlehandedly win games. And it's an especially good time to like enchantments. We have a ton of enchantment-based removal spells in the format and we've recently added a little help to make our enchantments even cheaper. One of the viewers of my stream came up with the structure of this list, and I took to it immediately even though I'm not generally an Evil Control Wizard™.

The goal of the deck is pretty simple: don't let your opponent play Magic.

Everything in this deck is trying to either lock away creatures, lock the game up so the opponent can't do anything broken, and then slowly chisel away at their life total once everything is under control. The main board state we're trying to achieve involves three cards: Teferi, Time Raveler, Narset, Parter of Veils, and (strangely enough) Rule of Law. I'm not going to spend a lot of time talking about the planeswalkers since you're probably clear as to their role in the format for now. But Rule of Law was written off as a Modern-relevant staple that you've probably taken with your last pick of a pack in M20 drafts, and it's the key.

So many decks are attempting to create explosive turns where they dump their hand all at once and blow you out, and Rule of Law counters a bunch of those strategies. Mono-red suddenly isn't that scary when they can only fire off one spell a turn. It's excellent against most aggro strategies and also effective against Simic Flash, since the opponent suddenly has to ration when they can play their creatures and counters and this makes the play pattern lean towards your benefit. Once all three are down, well, your opponent can't draw extra cards, can't play spells outside of their main phase, and can only play one a turn. By this point, the board is usually locked and we're safe to either tick up big Teferi to win through his ultimate, use a Teferi-fueled endstep Finale of Glory to fill the board with soldiers, or simply grind Dawn of Hope to make 1/1s that let us draw cards and attack while the opponent sits there and considers the futility of life.

The other new card that assists this strategy is Starfield Mystic. My aforementioned proclivities towards enchantress builds got me to notice this card from the beginning, but sadly the typical enchantress build hasn't really come together yet. GW Enchantress doesn't really have a payoff outside of Dawn of Hope, and losing the Teferis and Narsets just doesn't seem worth it. I love me some Satyr Enchanter, but the typical Bogles builds aren't powerful enough compared to the controlling variety. Most of the white-based enchantment removal spells feel BARELY too expensive, but suddenly have tons of value with Starfield Mystic. Even if the Mystic gets removed by an early Shock or Wizard's Lightning, that's still a turn "off" against aggro strategies which is often just enough time to get the more expensive spells online.

Our lack of creatures also makes our board wipe both surprising and effective. Time Wipe may feel a bit clunky, but hear me out on this one. Because of the way we're playing, there's often only one creature we truly care about keeping on the battlefield: Starfield Mystic. The deck runs much more smoothly when we have one. So having a board wipe that we can strategically use as an instant with Teferi's help that also lets us keep the Mystic on the board is well-deserved.

Otherwise, we're obviously playing a metric ton of the best white enchantment-based removal spells in the format, and in many instances the key to playing this deck is to figure out when to use each one. They seem interchangeable at first glance, but often one is better than the other.

Ixalan's Binding is the most expensive, but the ability to take one of your opponent's best creatures AND disallow them from casting another one if they can't remove the enchantment is huge. Think about Binding on Risen Reef against Elementals, or on Runaway Steam-Kin against mono-red. The scry attached to Prison Realm, much like the inclusion of Treasure Map finds us action when we're running low. Seal Away is the fastest bit of removal that thwarts attacks for a single mana when we have a Mystic online, and the options for the sideboard are pretty endless. I'd include a number of Baffling End for faster matchups, and both Luminous Bonds and Pacifism will make nice replacements post-rotation. Even cards like Hieromancer's Cage (if you need to get rid of artifacts or planeswalkers), Leyline of Sanctity (against burn), and Angelic Exaltation (if you want more finishers or need flyers) become playable.

If you're going to try this deck, it's important to have a good understanding of whatever your meta happens to be. Especially in the early game, you need to ration your enchantments so that the more expensive (more powerful) ones are saved for the creatures that need them. You can't Ixalan's Binding something that only deserves a Seal Away or else you're going to pay for it. You're trying to wear your opponent out, and that is an incremental process. Take a couple of damage early if needed. There's no ramp and no real "threats" until the late game, so you're going to have to not panic early.

This is also a deck that holds up well under the London Mulligan. Most of the things you need before the late game are in the 3-4 mana range, so it's better to mulligan a great late game hand in order to be sure that you can answer the midgame threats that can wear you down. The deck also has the possibility of becoming much, MUCH better with the addition of maybe one card in the fall set... the lack of a Ghostly Prison or Sphere of Safety-type of effect that keeps the opponent from being able to attack you hurts a great deal. If Eldraine brings one along, all bets are off.

So there you have it: a way to make your friends and opponents hate you, and a way to have a slow-paced, relaxing game of Magic no matter how fast or how crazy your opponents feel like playing. I may not be an Evil Control Wizard™, but I'm willing to play one on TV every once in a while if it works this well. Thanks for reading, and as always...please drive friendly! 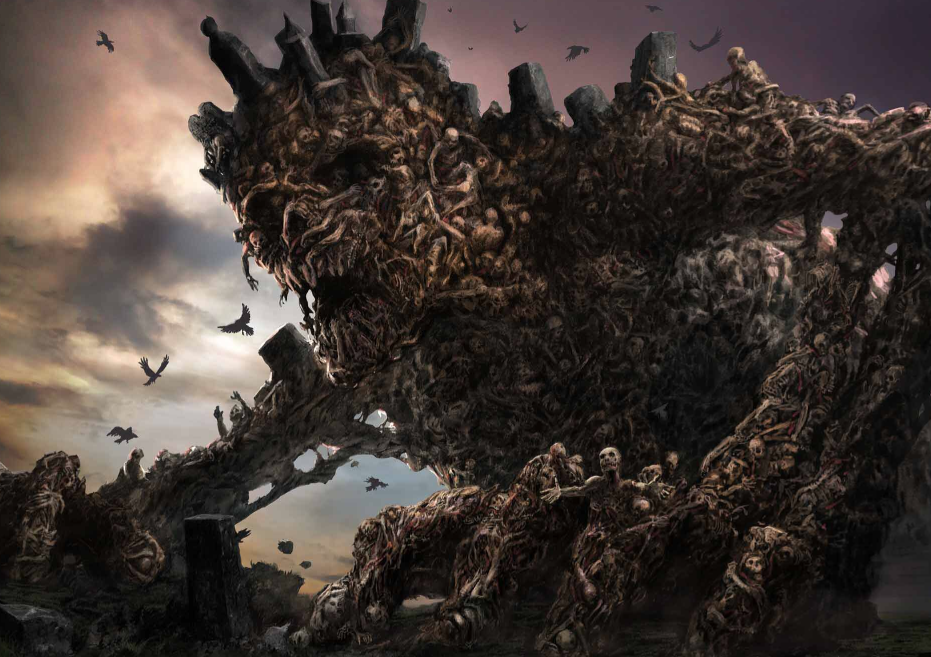 AlbyMTG knows it's a Hogaak world and we're just living in it. But what happens to Modern when the banhammer comes down? 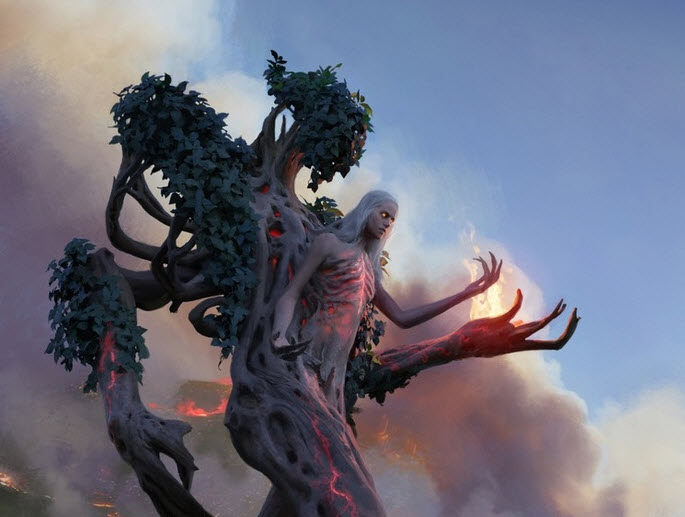 Cliff Daigle continues his quest for value by checking in on what Modern Horizons cards are doing. What should you be buying?