Cubing is an incredibly interesting part of the Magic play experience. They are fun to think about, build, and modify over time. It’s comparable to a model ship that you and up to seven friends can all play with! Cubes are as much a play experience as an expression of the designer.

Cube drafts are an excellent experience but come with many of the same issues as normal drafts. It can be difficult to find the optimal number of players and it requires so much time to set up, play, and put away. The recent Jumpstart set had Magic introduce a new Limited format and with it a new kind of Cube. Players open two packs and play them together as a 40 card deck.

Jumpstart Packs are 20 cards, with approximately 8 creature spells, 4 non-creature spells, and 8 lands. They stick to a singular theme or strategy, while avoiding being overly parasitic. While focused, they want to be able to click with any other pack. I wouldn’t recommend a single Energy-focused pack in a Cube for this reason – it feels bad to put together a dud deck!

Jumpstart packs are normally monocolor. This helps mitigate color-screw as a potential problem when combining various packs. After all, who wants to accidentally put together a four-color deck and never cast a spell? Pushing a cube towards a stronger multicolor theme can always be overcome with solid manafixing and use of tools like hybrid, or even custom rules– something I'll be excited to talk about at a later time.

Much like the colors in a pack, the land/nonland ratio can also be adjusted. While most packs are going to have 8 lands, a more aggressive pack will want to drop a land. Similarly, a ramp pack might pick up a 9th land just to be safe. Other than basic lands, the packs are singleton to promote variance in the same way traditional Cubes do.

As for the cards themselves, that's entirely up to you! For the sake of gameplay, it's a good idea to make sure there is a solid mana curve in each deck, and to keep the decks relatively even power. This will mostly be discovered through iteration! All rares, no rares, or even a Jumpstart cube with only red cards? Go nuts!

Interesting note: Unsanctioned was something of a first pass at a Jumpstart Cube, as it provided players with 5 half-decks, making a 2 player experience with 10 possible combinations. This is a great tool for understanding how Jumpstart Cubes work. You can also review Wizards' pack lists for inspiration.

Size of a Jumpstart Cube

Most Jumpstart Cubes will have a number of packs ending in 5 or 0, so here's some quick shorthand based on some quick math. 5 packs? 10 combinations. 10 packs gives 45, 15 gives 105, and 20 gives 190. Go absolutely legendary with a 50-pack Cube for 1,225 combinations! Why does this math matter? Well, consider how often you'll play the Cube and how fast you pick up decks and manipulate the numbers to match your needs.

Obviously, the number of possible combinations is just as important as the number of simultaneous combinations– how many people can play at the same time. Maybe you don't plan to play this Cube often, every few months, but you have a playgroup of 6. You'll still need the 15-pack just to make sure everyone can play, maybe up a few sizes just to make sure the same packs aren't being seen too often.

All right, so we have a basic understanding of Jumpstart and know how many packs we want in our cube. Where do we go from here? Themes!

What themes do you want showing up in your cube? There are plenty of possibilities and a vast number of ways for them to be expressed.

Now, Jumpstart did a lot of these and can provide a great springboard for your own packs of these kinds. You can use the Wizards packs or set off on your own.

Here's a zany one! Mono-Green Metalcraft!

Ezuri's Brigade has been a pet card of mine for years, and Jumpstart is the perfect place for it. A complete Metalcraft package, including Fabricate for tokens and a few solid artifact creatures (especially the Throne of Eldraine all-star: Gingerbrute) rounds this out to be a super aggressive deck!

And then we have the the most specific theme, which are about taking a single card and building around it, and it alone:

The Burning Vengeance pack is mostly a spell-slinging burn deck that goes into overdrive when it gets the signature card. It can be perfectly serviceable in a normal J-Cube, though it wouldn't be out of place in a graveyard set.

As opposed to mechanical themes, there are also flavor themes. Flavor themes are much more broad, but can include characters (Basri), creature types (Angels), or general ideas (Doctor). Flavor-themed packs should still have an actual game plan, of course, but the focus is less on direct mechanical cohesion and more on the top-down approach.

This Ayula pack has a couple of synergies, but it mostly relies on the pure fun of playing a Grizzly Bear! It's an aggro deck pretending to be tribal, but that works fine in a generic J-Cube.

Jumpstart Cubes are a way to customize your magic experience. They can be introductory decks with simple, straightforward strategies designed as a way for newer players to start playing. Alternatively, they can be designed to resemble past limited formats as a way to reminisce fondly on old times.

Jumpstart was tied into Core 2021 for a good reason. Core Sets are plane agnostic and allow for a wide variety of sets and strategies to blossom easily. This ensured that making 121 decklists was viable. Most Jumpstart Cubes won't be quite so large and don't need to be so wide open, so this allows for tighter themes and a more cohesive feel, if you so desire!

An Innistrad J-Cube can bring spooky fun all year round, with each tribe being represented in two monocolor decks and a smattering of other archetypes thrown in for good measure! A Graveyard J-Cube can push colors towards more cohesive shared themes like Reanimator, Flashback, Escape, and Dredge! The possibilities are enormous, for Magic players of all sorts.

For me, I really enjoy the ability to quickly slot in and slot out archetypes to quickly change the entire environment! What excites you all most about this crazy new format? Tell me on Twitter (@AjaniColdmane) or on the Cardsphere Discord (Cody#0374). 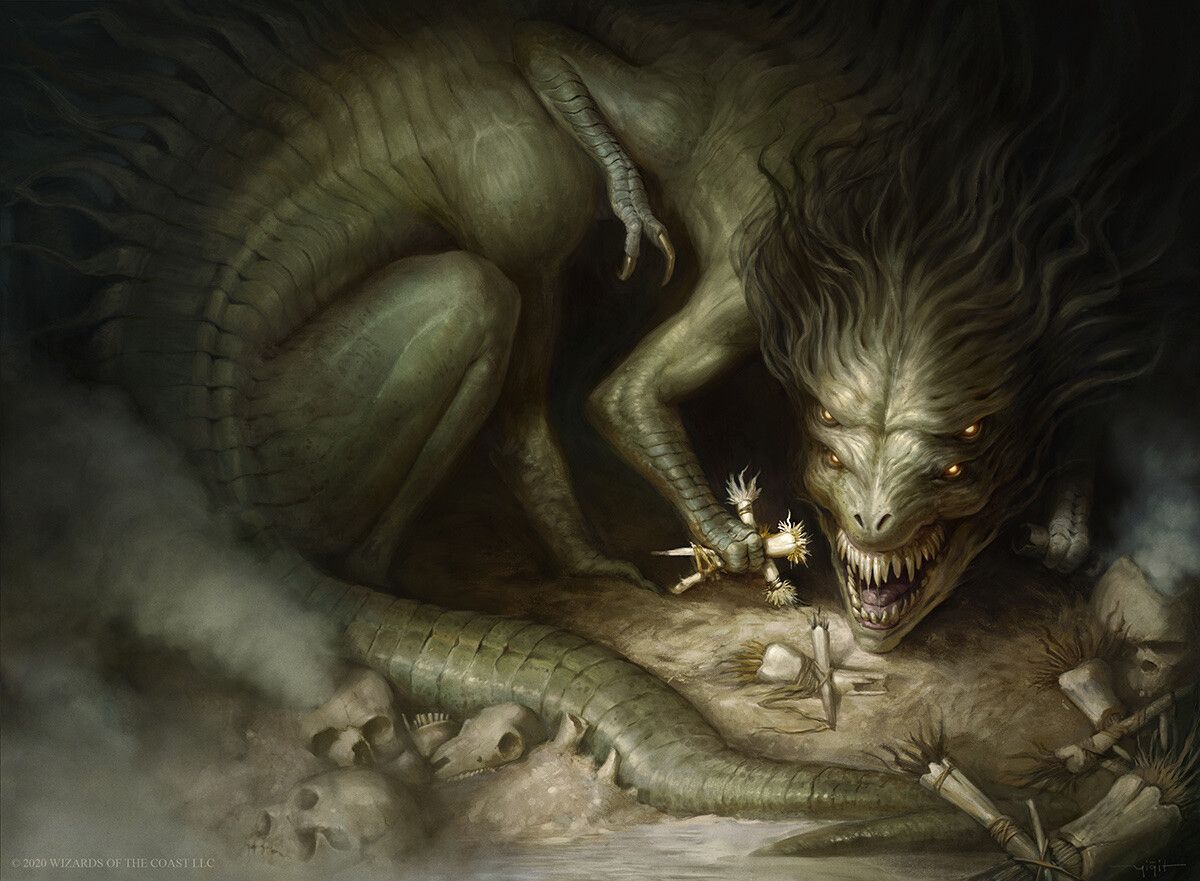 Pixie Kitten leaves behind her exclusively casual days and enters the Venus and Mercury League. 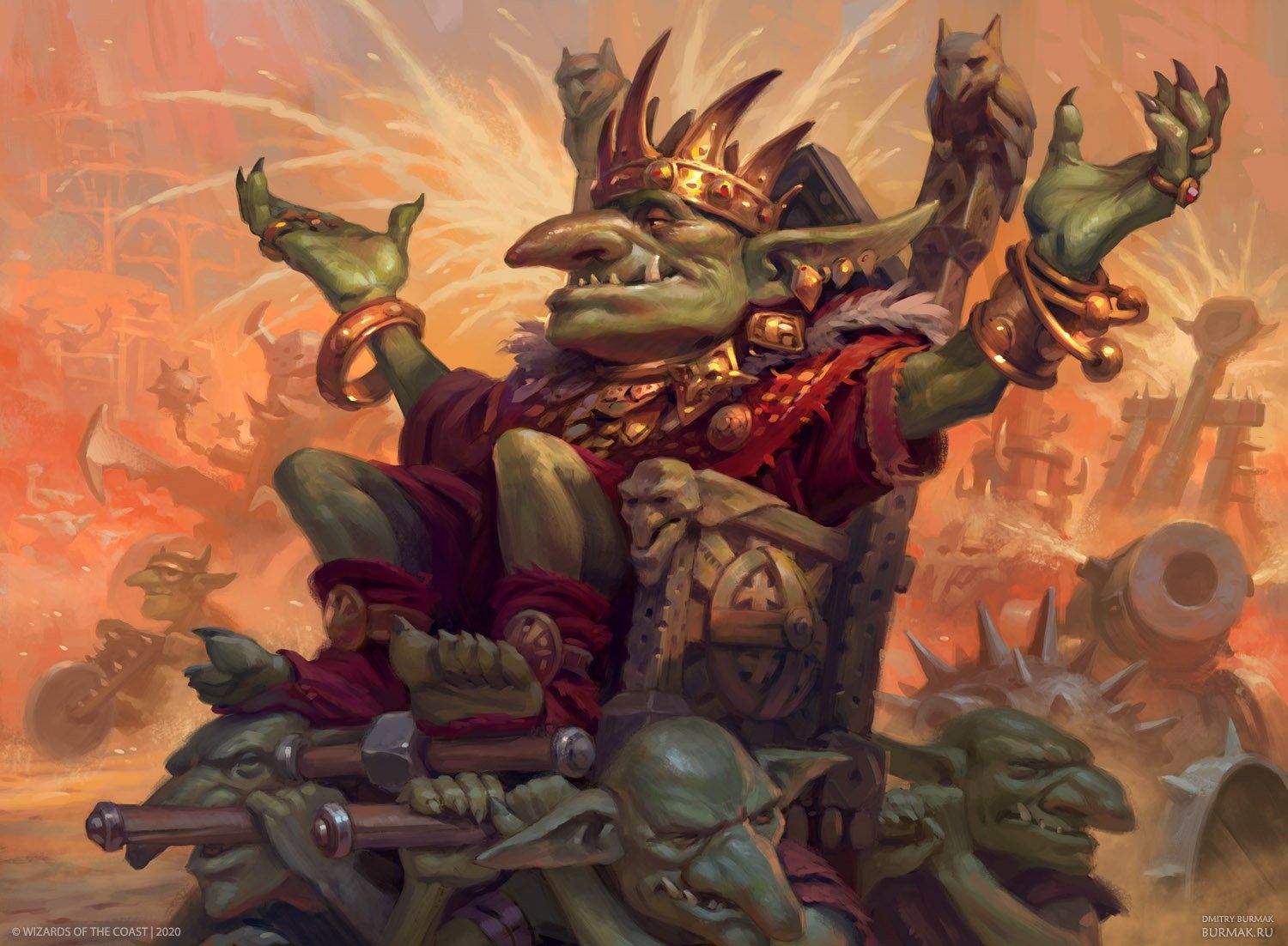 What do you do when there's been a flood of sets with no in-person play? Cliff Daigle has some ideas.