Draft is often a format where you are at the mercy of the person passing to you. If your neighbor is taking all the good Blue cards, it's going to be difficult for you to build a sweet Blue control deck (no matter how much you love drawing cards) because you are going to be getting the second best Blue card out of every pack. On the flipside, if you deduce that your neighbor is avoiding Black like the plague, you can build yourself a mighty Black deck where you get all the good cards they do not want.

Sleuthing out what colors you are "meant to be in" is part of what makes Draft so skill intensive and fun, but there are times where it is correct to take matters into your own hands. In this article I will be covering a method I like to refer to as, "The Cling Method," an approach where you decide on a color early in the Draft and then cling to it no matter what signals you are sent! If you're trying to picture clinging, just imagine you are Spiderman trying to stick to the outside of a jet. It might not be a conventional way to travel, but in the right situation it can be exactly what you need to do to fight crime... err... win your Draft pod.

The Cling Method gives you a lot more agency about where you end up in the Draft, letting you carve out your own lane by influencing the Drafters around you. However, with great power comes great responsibility, and while the Cling Method is effective in the right situation, it is important to understand the risks and downsides associated with it so you can use it wisely. Without further ado, let's dive into how it actually works!

Mechanics of the Cling Method

The Cling Method is at its core a Drafting style designed to give you an incredible Pack 2. If you choose a Green card with Pack 1 Pick 1 and then take every playable Green card you see in the first Pack, there is almost no way the person you are passing to ends up in Green. To clarify, when I say, "take every playable Green card," this is not to say you are supposed to take fringe sideboard cards just because they are Green, but it does mean you should give Green cards a decent rating bump when compared to other cards. For example, if you are using an A-F scale I would equate this bump to about 2 moves up, so a C+ would be comparable to a B.

What you are essentially saying to your neighbor in Draft language is, "Hello friend, I notice that you have not seen any good Green cards to take. Can I interest you in a Red removal spell? Or maybe a nice White creature? Or if you are interested we have some excellent Blue bounce spells on tap. Unfortunately we are out of Green today." If you are disciplined in your clinging, you will be well set up for Pack 2, as the person to your left (and maybe even the person to their left) is usually going to be passing you all the great Green cards they see and your deck will reap the rewards of this open lane that you created!

It's critical when using this method that you still read signals on your second color, because if Green is not open Pack 1 when you are clinging to it, you will want to identify a color that you can Draft in Pack 3 when Green is once again cut off. It is also important to point out that a high percentage of the time (around 3/5) the person passing to you in Pack 1 and 3 will just not be in your Cling color, and you will reap the rewards of your color pair being open in all 3 Packs! In these cases your deck will usually be incredible, which is another point in favor of the Cling Method.

Unfortunately, the Cling Method is not all sunshine and rainbows, as it does come with its fair share of risks. The risk comes from a lack of knowledge about the person to whom you're passing, because there are some situations where they will end up in your color despite you cutting it off , and you therefore never reap the rewards of your Pack 1 decision. The first case where this often happens is where the person you are passing to is newer to Draft. They might have no ability to read signals and will therefore be a complete wildcard that you will struggle to impact. If they do not understand the language of Draft then they will be deaf to the cards you pass them.

Another dangerous situation is if the person you are passing to is using the Cling Method themselves, in which case you get cut off from both sides as your neighbor savagely takes all the cards that were going to be your payoff (this is where the phrase, "Beggar thy neighbor," originated. Before foreign policy, there was the savage reverse cut in Draft).

The final risky situation you can find yourself in is if the person you are passing to happens to open a fantastic card in your color and switches colors Pack 2. This is similar to your neighbor employing the Cling Method, but it differs in the fact that they are not doing it intentionally. You still get wrecked, but at least they did it inadvertently. I will note that oftentimes you want your neighbor to open a great card in your color because most of the time they will just pass it and you get to revel in your genius. Being passed a strong card Pack 2 Pick 2 is often a sign that you are going to have a great pack ahead of you. Due to the inherent risk associated with clinging, you need to make sure that when you Cling the payoff is there, which primarily involves 2 situations:

Opening a Bomb You Want to Play

My favorite time to Cling is after I open a Rare that basically wins me the game every time it's played. Things like Glorybringer, Multani, Yavimaya's Avatar, and Tetzimoc, Primal Death are great examples of cards that make you want to Cling, because the games where you draw them are close to free wins. If you see a card and think "well, this is just unbeatable..." you know it's worth the Cling. This usually comes up with cards that have double pipped mana costs (see all 3 examples), because if they have just a single pip then you can often just splash them instead of warping your entire Draft to play them. The boost in win percentage when you draw your bomb in matches is not only worth the dip in win percentage when you don't draw it, but also the risk associated with the Cling Method.

Opening a Strong Card in the Format's Best Color

This is less clear cut than just opening a bomb, but it can lead to incredible results. If Red is the best color in the format, having a full Pack 2 of Red being open often leads to a better deck than one and a half packs of another color being open because of the higher card quality. Pack 1 and Pack 3 are not really, "full packs," in my mind because half of Pack 1 is often dedicated to finding which colors are open. Additionally, the best color usually has enough solid playables that even in Pack 1 and 3 where the color is cut off (if it is cut off, remember a decent portion of the time it will be open), you can get some solid cards. Basically, you can be more aggressive using the Cling Method if the color you are sticking to is higher power level. If I open up a bomb in the worst color I might be less inclined to Cling to it, but if I open up a great Uncommon in the best color then it can be a reason to Cling.

Why the Cling Method Works: A Brief History of Draft

I briefly want to explain how Magic design philosophy facilitates the Cling Method, not only because it is interesting, but also because understanding will help you identify new strategies as design moves forward. It's like the old saying, "Give a man a fish and you feed him for a day; teach a man to Draft and he will stop fishing completely."

With that sage advice out of the way, it is time for the history! It is important to understand is that when Draft was a new format, sets did not look the way they do now. While the game was still played with creatures and spells, packs had a way higher proportion of cards that were stone cold unplayable. Cards like Book Burning not only taught players valuable lessons about the importance of literature, but also showed them that relying on the last few picks of a pack to make playables was very risky indeed. Figuring out which colors the person passing to you was playing, and avoiding those colors led not only to higher quality cards, but also to the critical mass of playables you needed to have a deck!

Over time, things have changed. Instead of the worst card in a pack being a random sorcery that does nothing to effect the game or a random 1/1 with a completely irrelevant ability, these days you tend to find that even the worst cards still have an impact on a game of Limited. A 3/2 with Vigilance for 3 mana is far from an excellent card, but it will still do reasonable things and it is not embarrassing to play. The fact that the worst cards in each pack have gotten better means that even if you are not in the most open colors, your deck will still be functional. Instead of a good card being an 8 out of 10 and a bad card being a 1 out of 10, a bad card is now more often like a 3 out of 10. This increase in power level for the worst cards directly leads towards the Cling Method because even if you are taking a power level hit in Pack 1, you are still getting reasonable cards. If the trend continues where the worst cards continue to get better, then the Cling Method becomes more and more appealing as a Draft style because it is simply less punishing to stick to a color.

Even if the Cling Method is a more niche Drafting style, it is definitely a powerful tool to have in your arsenal, and I encourage you to experiment with it. At the very least look over one of your old Draft logs or run through draft simulations using the same seat and different choices to evaluate different choices you would have taken if you were Clinging.

As Robert Frost wrote, "Two roads diverged in a wood, and I— I took the one less traveled by, And that has made all the difference." There is more than one way to approach a problem as complex as Draft, and using different strategies is a great way to reach a better understanding and find more success. Next time you sit down at your computer or local game store and crack your first pack, you have something new to consider! 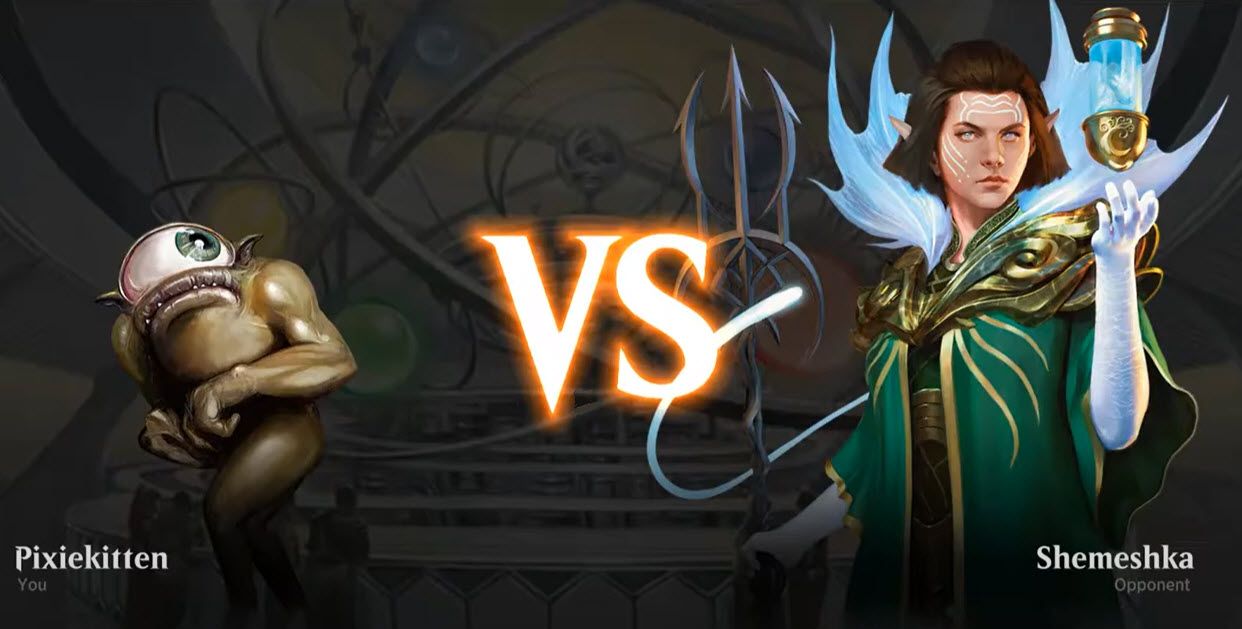 Pixie Kitten's Tournament report for week one of the Venus and Mercury League. Now with even more UGH™ 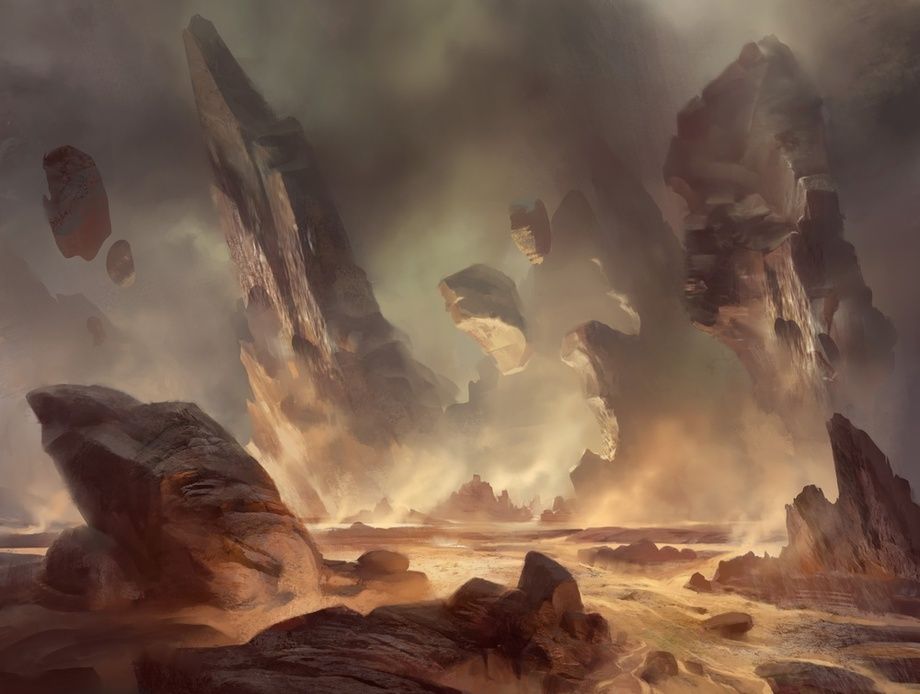