Hello friends! Happy to have you here today, and I hope you’re all enjoying the Commander Legends previews as much as I am. I know I can’t wait to get my hands on a booster box and start cracking those packs.

Today we’re doing another deck tech, and we’re looking at one of the new legends that has caught a lot of people’s eye: Liesa, Shroud of Dusk.

Isn’t she lovely? I’m a huge fan, and I’m excited to show you what I cooked up for her 99. But first, let’s talk about Liesa for a bit. 5 mana for a 5/5 angel with Flying and Lifelink is pretty reasonable. But where she gets interesting is her non-keyword abilities. Liesa has a new ability that we’ve never seen before, which replaces the 2 mana Commander tax with a 2 life Commander tax. That’s pretty wicked, and means that she won’t get locked out of the game if she gets killed a few times. Unless your life is too low to recast her, of course.

Also, whenever a player casts a spell, that player loses 2 life. Any player. Any spell. 2 life. Now that is quite a hefty tax to pay. It’s unfortunate that it also affects us, but since we’re the one running her, we’re gonna come prepared.

Life is a Resource, but Love is a Battlefield

The goal of this deck is life point manipulation. We’re going to leverage our life gain and life loss effects to keep us in the game long enough to draw into some kind of combo win. And we’re going to chip away at our opponents’ lives all along the way.

So how do we achieve our goal? Let’s begin with the end, shall we? I’ll start by showing you the various ways that the deck is seeking to win using life totals.

In addition to these win-cons, we’ve also got several ways of punishing our opponents with little bits of damage here and there. This is a good backup plan if our combos don’t work out. Hissing Miasma and Revenge of Ravens will make people suffer for attacking us. Polluted Bonds hits people for 2 when they play lands (I hear Landfall is popular these days). Kambal, Consul of Allocation steals 2 life whenever an opponent casts a noncreature spell. And Suture Priest will bring the pain to anyone flooding the board with creatures.

What a Wicked Game We Play

We’ve got several ways to win, but the deck isn’t without its weaknesses. For one thing, that Repay in Kind win-con is dangerous. Getting your life total down to the low single digits requires some risky gameplay, so we’re going to want to protect ourselves in case things don’t go the way we hope. I’ve added a few cards that will prevent us from losing, if only for a turn, so we can hopefully get back on track in our next turn. We’ve got Angel of Grace, Angel’s Grace, and Stunning Reversal. Worship is also here to protect us against aggro decks, because our creature-base is definitely not here to block (although Vilis, Broker of Blood won’t have any problems there.) We’ve also got our Eject Buttons, with Oketra’s Last Mercy, Tainted Sigil, and Children of Korlis. If the fire gets too hot and you need a breather, any one of them will get you back to a healthier life total.

The best decks are the ones with multiple paths to victory. Winning differently each time makes for a very rewarding experience when playing Commander, and that is one of this deck’s greatest strengths. And there are plenty of ways to update this list to make it your own. Maybe you’d like to double up on the Wound Reflection and add Archfiend of Despair (I left it out because of the high CMC). Or maybe you’d feel safer with a Ghostly Prison. Or more cards to make your opponents lose large amounts of life, like Blood Tribute. Or perhaps you'd like to go in more of a Stax direction. Whatever you do, make the deck yours. And have fun with it!

Special thanks to Nick (@plaidclad on Twitter) for some great suggestions for this deck. You can catch me streaming with Nick at Twitch.tv/scraptrawlers. We play budget EDH on the first and third Sunday of every month, and we discuss various EDH topics every other Tuesday.

Thanks for reading! I wrote this article on Day 1 of Commander Legends previews, and I’m already so hyped. I can’t wait to see more of this set and spend my next few articles here at Cardsphere writing about it. Until next time, please take care of yourselves. And play lots of games! 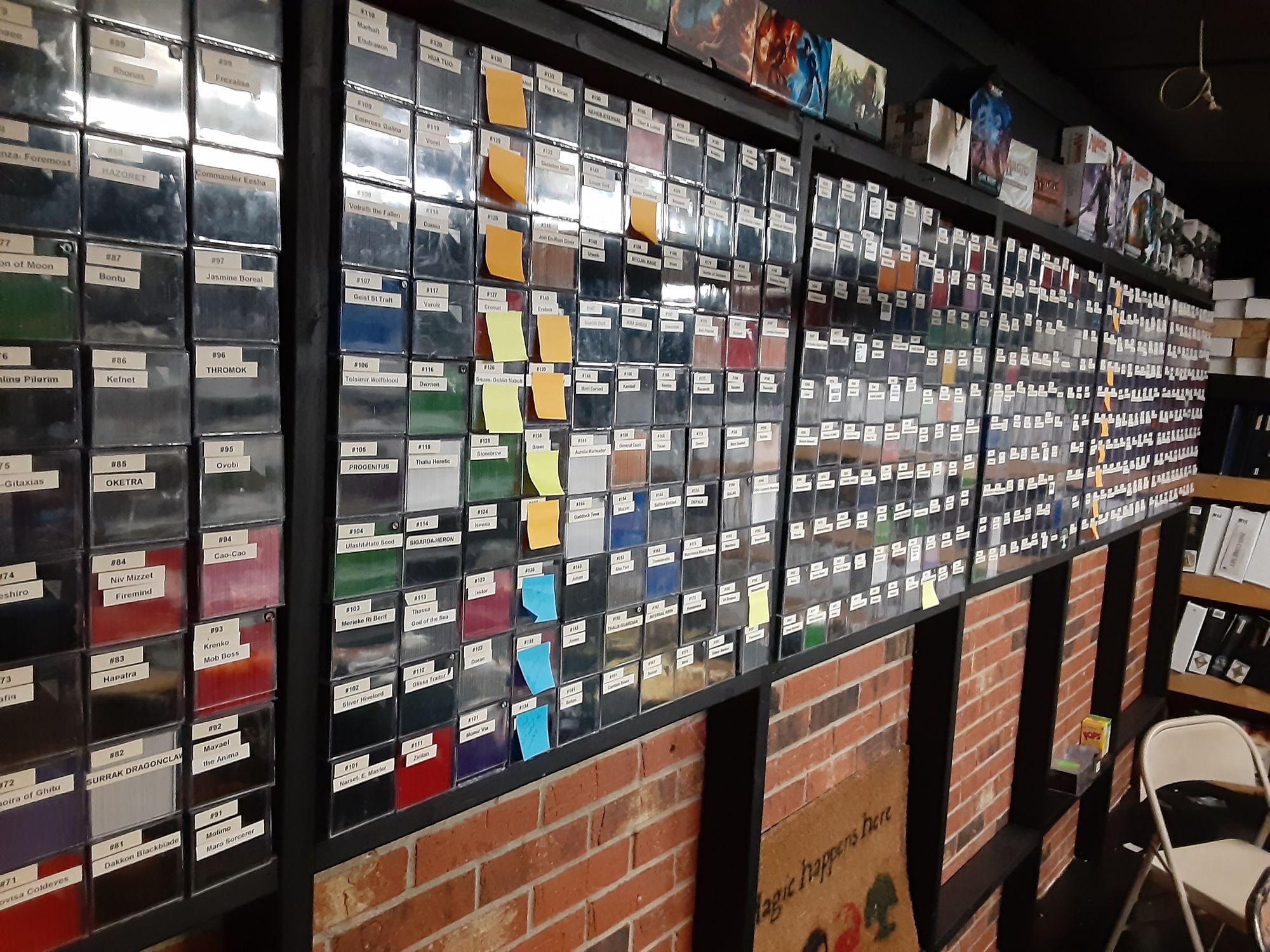 Brian from Cure for the Common Game is put under the glaring spotlight, answering questions from Cardsphere's Discord.

This week we brought on the amazing Taalia Vess. We discussed so many topics and had a really great discussion that could've kept going but we had to end it eventually. Taalia is a MTG streamer and commentator and an all around great person. Please help me in welcoming Taalia to the stream.