Ah, It’s Just A Joke.  A member of the gaslighting family, cousin to You’re Overreacting and I’m Not Racist, But.  It has been deployed as a shield for everything from an inappropriate joke at Thanksgiving to well, joking about Black babies getting baked into pies.

No, that is not how I ever expected to begin a Magic column but some elements of this community never cease to amaze. In case you haven’t heard, someone in the Judge Academy Discord server shared a racist alter of card art from the Secret Lair: Extra Life Drop. The card in question features a picture of him tossing his daughter, Niambi, into the air. Somebody thought it would be funny to make an edgy joke. This led to progressively worse jokes and the whole situation spiraling out of control. Alters featuring the small Black child getting murdered in various graphic ways including crucifixion, put into ovens and the like started circulating.

The Academy has started an investigation, the outcome and details of which it will not share publicly. It did issue an official response.

"Prejudiced remarks, “jokes”, or insults based on race, color, religion, national origin, age, gender, disability, or sexual orientation are ABSOLUTELY NOT WELCOME in the Judge Academy community, and instances of this on our platforms will be dealt with when they occur. Much like Unsporting Conduct at a tournament, someone taking inappropriate actions  without intending malice or harm does not excuse harmful behavior. Judges who unintentionally create harmful or unwelcoming situations will be educated and warned, and are expected to show remorse for the hurt and damage caused. Even then, those instances will be documented and repeat occurrences will be treated more severely."

It’s OK, though. They were just jokes! Predictably, people are flooding forums and comment sections to explain why people who are offended (which is almost everybody in possession of a human soul) just didn’t get the joke. It's those "PC Police" at work again! These jokes aren't racist! They just happen to be a bunch of mostly White people making quips about torturing and murdering a Black child. Really, how are you not getting the hilarity that has ensued here? Some elements of the Magic community have made a career out of defending the indefensible. Because this happened around a hobby we all share, some people think there should be a lower standard for behavior. If this happened at your day job, it would be grounds for immediate termination and we all know it. I'd submit that if the line for good taste isn't drawn well before jokes about child murder, there effectively is no line.

Making things worse (which is hard to do in a situation this egregious) is that the product being altered here is an effort to raise money for gaming-related charity Extra Life. They help sick kids, folks. Whatever problem you have with Wizards of the Coast and its Secret Lair releases, this is neither the time nor the place to bring it up. I can’t even imagine what rational reason anybody could find for this behavior, and it’s just a joke doesn’t even begin to cut it.

I say this as a professional comedian: Comedy is f’ng hard. Finding the line with edgy comedy is even harder.  If you harbor dreams of being the next Daniel Tosh or Anthony Jeselnik, go for it.  But I’d wager that for anybody not getting paid to do it, it is ultimately not worth the risk. There’s far more chance of it going horribly wrong as it has here than you getting whatever belly laugh you were going for. Even if you didn’t intend your joke about killing a Black kid in numerous ways to be offensive, it’s pretty easy to take that way. As a matter of fact, it’s how “edgy” comedy works. The comics that practice it professionally get as many groans or gasp as they do laughs. Even the laughs tend to be uncomfortable.

How do you know whether someone is intending to be racist? As the Academy’s statement mentions, the intent is irrelevant. You don’t to get decide how a joke lands with someone else. A joke more than likely made by a White guy about perpetrating violence on a Black child has built-in racial elements. Ignorance of the law, or American history, is no excuse. Honestly, you don’t need to know this country’s racist history to be upset by this. It’s worth looking up for your own edification at some point though.

We also have to talk about where this incident occurred. A judges' discord. These are the people who are supposed to uphold good conduct in this game. They’re supposed to be the level heads, the ones trusted to issue punishment when players have done something unsportsmanlike. We don’t have any names, and it sounds as if the Academy doesn’t plan to release them. But these things have a way of getting out. Reports say this wasn’t one person reveling in the dumb humor, instead multiple people interacted with it. Once names are known, it will be hard for these judges to be the arbiters of goodwill and sportsmanship the game needs them to be.

This has been a year in which we’ve had to take a hard look at the things that divide us.  It's a year in which Wizards of the Coast acknowledged some of its failings in hiring practices, the depiction and discussion or race and said it will try to do better. It’s a time when the wounds are still all too fresh.  It’s a time when nothing race related is “just a joke.” 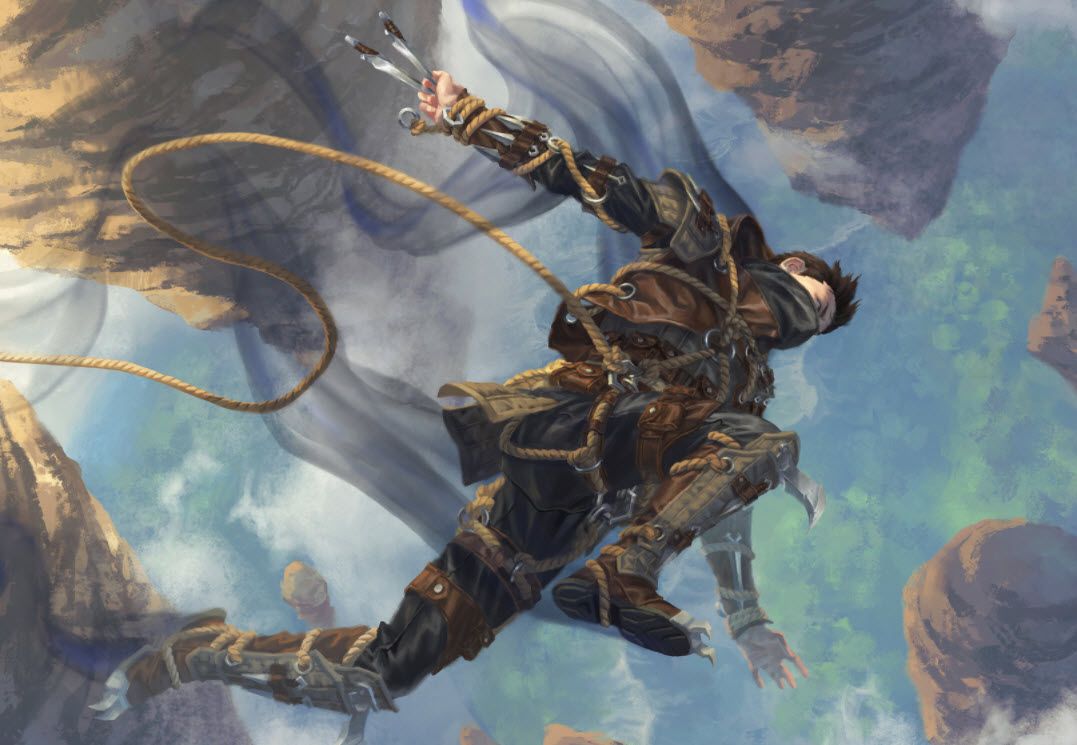 NicolaiBolas provides some advice at how Limited players can better use the wheel during drafts. 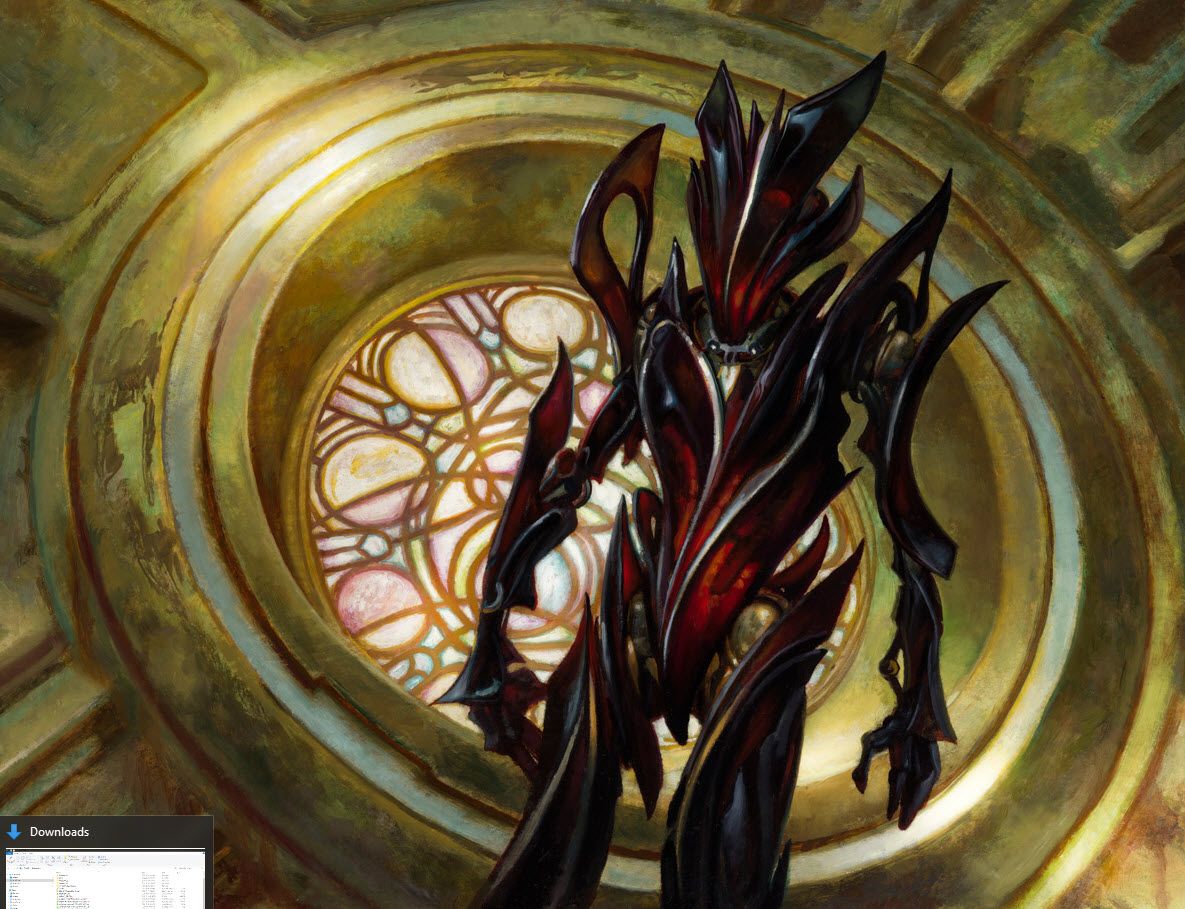 WotC is reprinting cards like never before. What does this mean for players who pay for their hobby via magic finance?