For my money, there is nothing better than drafting. Sure, Magic is the greatest game of all time and the gameplay of draft or sealed is fun, complex, and rewarding. But nothing beats the thrill of opening a bomb in your first pack, correctly reading signals and finding the open lane, getting a key card for your deck to wheel, or building around that sweet uncommon you've always wanted to maximize. Draft has so much to offer and is endlessly enjoyable. But it's also difficult. Draft contains a lot of subtle nuances that take a long time to recognize, let alone master. Today I want to take the time to explore the concept of "staying open."

If there’s one piece of written content that has shaped the limited landscape more than any other it is Ben Stark's famous article, "Drafting the Hard Way." If you haven't read this before, stop everything right now and read it. I'll wait.

This article was really the first of its kind and 6 years later it still holds up as an incredible description of the nitty gritty of each decision you face in draft. He explains the importance of reading signals and how the self correcting nature of draft rewards people for staying open and reevaluating what their correct lane is each time they sit down to crack those three boosters.

So what does "staying open" mean? I believe that there are two different definitions of this phrase. The first is what Ben outlines in his article: approaching multiple draft picks in a vacuum, regardless of what you’ve already drafted, so you can correctly identify higher quality cards going later than they should. This is why it’s “the hard way.” It takes a willingness to move off of powerful, early picks if a different color or color pair is open for your seat later in that pack. It takes discipline and a strong understanding of the power level of cards on their own as well as in the context of the current set and each archetype.

The other way to “stay open” in draft is to navigate the first pack in a way that leaves you mostly one color going into the second pack so you are totally open to take any bomb opened P2P1 or to move into the open color being passed to you from the left. This method is especially useful on MTGArena where it is tough to rely on the bots to give you accurate signals. Just because you cut blue and red in pack 1, there’s no guarantee that blue and red will then flow in pack 2. Each pack often has one color that feels more open than the rest and you take advantage of this situation by being committed to only one color during pack 1.

The purpose of this article is not to suggest that one of these methods is right and one is wrong but rather to illuminate both as weapons to add to your drafting arsenal. As you progress through the first pack of your draft, you’ll be faced with decisions that will line up more with one method over the other. This is often indicative of the power level of the cards that you’re seeing. I’m more likely to “draft the hard way” when I’m seeing B-grade level cards in the first 4 or 5 picks of pack 1. This makes sense as B-grade cards are generally cards that pull you into a certain color, the best commons and good uncommons. I would be happy to start a draft with Cavalier of Thorns, Mask of Immolation, Air Elemental, and Blood for Bones. Those are four very strong cards and I have a lot of options as the first pack rounds out to figure out which two of these four colors I plan on getting deeper in. Whether I end up Rakdos Sacrifice, Simic Elementals, or something in between, I’ll have at least two strong cards in my base two colors. This kind of start makes me prioritize mana fixing higher as well. If I’ve got the power level already, I’ll look for consistency in my mana with a Gift of Paradise (if I think I’ll end up in Green) or an Evolving Wilds if possible.

Conversely, I would be just as happy with a start of Murder, Bloodsoaked Altar, Yarok’s Fenlurker, and Gorging Vulture. The lack of pure power that this start has compared to the first example is made up for in the flexibility it leaves you down the line. The deeper you get into black, the more incentivized you are to make picks that are slight hits in power level to maintain this consistency to leave you open to reading signals later on in the draft. Taking something like Sanitarium Skeleton over Silverback Shaman next in this scenario wouldn’t be crazy at all to me. Is Shaman better than Skeleton in a vacuum? Of course! But Skeleton is a totally serviceable card and already has some synergy with Altar and Vulture, and is a really solid roleplayer in a lot of black decks. And delaying the decision to choose a second color until pack 2 has very real upside. Also, Shaman 5th pick may not even be a green signal. It’s very possible that better green uncommons or a better rare were taken over it. Or even a Rabid Bite or a Leafkin Druid. It also has double green in its mana cost, which may be difficult for you given how much black is likely to be your main color at the end of this draft. All of these are factors you must consider during nearly every pick of a draft.

Let’s look at some other examples. Let’s say you’ve first picked a Cloudkin Seer and are faced with a second pack of fairly weak options. The best cards left are Chandra’s Embercat, Unsummon, Griffin Protector, and Mammoth Spider. No good uncommons or rares to speak of, and you’re not even seeing the top commons in any color. Griffin Protector, while one of the best white commons, is still white and not a card I’m interested in taking to move into the weakest color. Mammoth Spider is strong in a defensive green deck, but I’d like to know that’s the direction I’m going before prioritizing one. Chandra’s Embercat is, in my opinion, the best card here, and pairs nicely with our first pick in that they’re both elementals. But is that worth moving into a second color for? I would say no.

There are a couple things to consider here. The first is the delta in power level between what we currently have and what we could have. Cloudkin Seer is markedly better than any card in this next pack, which makes me want to try to play it at this point if at all possible. Is Unsummon a powerful card? No, it isn’t. But it is a card that I actively want to have at least one copy of in all my blue decks. It’s card that plays out like a C-grade (the first copy at least), but you probably don’t have to pick it that high. However, in this spot I think I would. I see no reason to go with a card that would steer me away from the first rate common I already have in my pile. It’s unexciting, yes, but it maximizes my first pick and gets me deeper into one color, which seems like the best option to me here.

Here’s another example from one of the roundtable drafts from the latest episode of Lords of Limited. You’re three picks deep with Nightpack Ambusher, Silverback Shaman, and Chandra’s Embercat. Obviously, you’d love to be Green with this start if at all possible. You then see a pack with some tough choices. The only green card is Greenwood Sentinel. Red cards are Tectonic Rift, Maniacal Rage, Fire Elemental, and Act of Treason. And the best card in the pack in a vacuum is Angel of Vitality. Here I am not willing to blindly continue to take green cards. Greenwood Sentinel is barely playable in my opinion. If I have to run one to fill out my curve I will, but I do not need to take it here. I feel very similarly about the red cards if I wanted to hang on to the Embercat. Do I take Fire Elemental, another filler red card that I should be able to get much later if Red is open? I don’t think so. I believe you should take the most powerful card here and dip into a third color with Angel of Vitality. I am by no means looking to draft white at this point in M20, but I’m not going to be stubborn if strong cards like the Angel make their way to my seat. It doesn’t pair particularly well with any of the cards I have currently, but it’s still the best card here by a significant margin and that means you should take it.

Figuring out which of these methods is appropriate for your first pack of each draft is one of the many reasons that Limited never gets old for me. There are so many different considerations to make for each pick and always a differing opinion from a seasoned player to consider. Both of these methods of navigating a draft get easier the more a format matures. As the weeks progress, pick orders solidify and it becomes clearer when cards are signals midway through pack 1 to jump ship, and when it’s better to take a slightly weaker card to open up greater rewards in the future. What tough decisions have you faced in M20 limited? Let me know on twitter! And, as always, happy drafting! 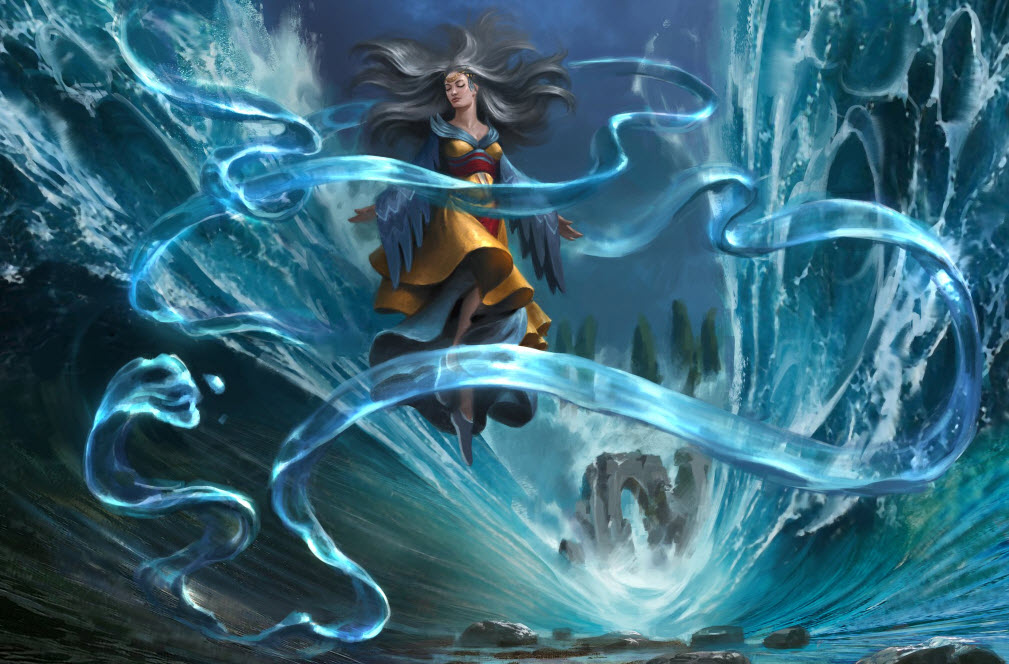 We all love Arena, but playing it can encourage some bad habits for paper players. Darin Keener discusses how he is mitigating these effects in this week's article. 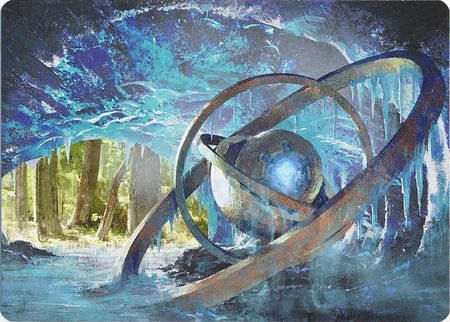 With loads of new cards to consider from recent sets, Joe Dyer spotlights a wealth of decks this month.

Trading Posts
—
How to Stay Open in Draft
Share this