There comes a time in every Magic player's life when they realize that their opponent does things for a reason. That seemingly foolish attack was actually backed up by a combat trick. They did not, in fact, leave themselves dead on board because they had a removal spell. The risky play they made was protected by a counterspell. When you realize that your opponent is also a player and is trying to win the game, you are ready to level up and start playing around their cards. How does one do that? Read on and I'll show you!

I want to stress that it's also easy to start playing around too many things. When you realize that your opponent could have something, all of a sudden there is a tendency to act as if they have everything. This can be incredibly detrimental. The first question to ask yourself when deciding whether to play around a card is whether you can beat it. For example, suppose I am at 5 life and my opponent attacks me with their 2/2 creature. I have a 2/2 available to block it, but I am afraid of them having Enthusiastic Study. If they do, I lose my creature and feel sad. However, if I don't block and they have it, their creature becomes a 5/3 and I take lethal damage.

Another basic rule is that it's almost never worth it to play around a Rare or Mythic because they come up so infrequently. For example, in Kaldheim if my opponent had a Foretold card, playing around Cosmos Charger or Glorious Protector was almost always too conservative when there were so many other strong Foretell cards they could have. If I refuse to attack with my 2/2 on turn 3, when they have a card foretold and 3 mana, I lose a lot more value from the 2 damage that I miss than from the number of games they ambush my creature and get a 2 for 1. You will lose many close games by playing around a bunch of random Rares, so I wouldn't focus too much on cards not likely to show up.

One final thing to remember is that sometimes the exchange they are offering is totally fine and not worth avoiding. If they are going to trade their combat trick for my creature, it is still a one for one exchange of resources, and by blocking and making them cast it, I am forcing them to use their mana and I don't take any extra damage. Similarly, if I think they have a counterspell, they are going to nab something with it eventually so sometimes it is just best to make them use it. If they are going to get to deploy their card effectively at some point, you must evaluate whether it is even worth playing around that card.

Now that we have the disclaimers out of the way, let's get into how you actually play around cards!

If you are going to play around a card, it's important to know what your opponent could have. For example, if I am playing in Strixhaven and my opponent has 3 Mountains, they could have Heated Debate, Enthusiastic Study, or Sudden Breakthrough. When I am making attacks or deciding what blocks to make, those are the cards that should come to mind. For example, if they are attacking a 2/2 into my board of a 3/3 and a 6/6, what do they have? Well, Enthusiastic Study and Sudden Breakthrough do not buff the power enough to trade with my 6/6, so the only card that really makes sense is a Heated Debate that will finish off my 6/6 post combat. Accordingly, it is probably correct to block with my 3/3 to play around the Heated Debate (and if they do have Enthusiastic Study than they outplayed me and that is just how it goes sometimes).

Imagine how much more difficult that decision becomes when I do not know what they might have. All of a sudden I end up worrying about all sorts of cards and I might block with the 6/6 just to be safe (or not block at all!) and give my opponent the exchange they want. By knowing the cards your opponent could have, you give yourself more information to use in your decision making, which is a powerful asset that you can gain by doing a little research beforehand.

Playing around cards often takes multiple turns of the game. If I play around my opponent having a Negate on turn 3, it makes sense to continue playing around Negate on turn 4 if nothing else has changed. Similarly, if they attack their 2/2 into my 3/3 on turn 3 and I decide to play around a combat trick, it makes no sense for me to block on the following turn if nothing has changed. However, let's assume that I decide to hold up a removal spell on their turn so I can get a 2 for 1 if they go for the combat trick I suspect, and they then decide not to attack. That combat trick is still in their hand! I still have to remember that they potentially have it, and several turns later when they once again decide to attack (or if I decide to attack them), I need to keep it in mind. Being consistent when you play around cards is absolutely critical to ensure that you never give them an easy opportunity to deploy their spells when you can avoid it.

Playing around cards involves staying patient and letting the game develop. If you are really worried about a big flyer that you saw in game 1, it makes sense to take a few hits from their ground creature so you can save your removal spell. If you think they have a removal spell, it makes sense to just let a trade happen instead of using your combat trick into open mana at the first opportunity. In Magic it is often the player who blinks first that comes out behind in these exchanges, as an even game can suddenly swing in favor of a player who gets a sweet two for one.

While you are waiting to pounce, it is often best to make your opponent think that things are just business as usual. If you are hoping to blow out their combat trick with a Negate, it can be worth it to wait a little extra time so you can hold up the two mana without raising suspicion. It is a lot scarier for an opponent to attack into you if you have 4 mana and 3 cards than if you wait a turn so you can play a land and a 3 drop and then have just 2 mana and 2 cards. Many players will play it safe and not attack in the former situation, but they become much more likely to attack you (and much less likely to suspect your Negate) in the latter. Even if you know what your opponent has, you cannot always leverage it instantly, so being able to wait is quite beneficial.

There are two common situations that give you a lot of information about your opponent's cards. The first is when they make an obviously bad attack on board (such as attacking a 2/2 into a 3/3). Players almost always have something in this situation, so it is worth trying to figure out what it might be so you respond appropriately. Another red flag an opponent keeping their opening hand but doing nothing for the first several turns of the game. This sometimes indicate a slow hand, but often may mean they have some sort of cheap interaction in the form of a counterspell or removal, and if you can play around that it has the potential to be really strong (because they are wasting their mana while they wait for you to play a creature). Deploy your noncreatures, happy and spending your mana while their gameplan stalls. You can also sometimes bait out the removal by playing your second best creature first, hopefully getting them to waste removal on a weaker card. As I said earlier, you will have to decide if it is worth it to play around removal, but it can be game changing when it works out so it is worth keeping in mind.

Playing around opponents is one of my favorite aspects of Magic because it transforms Magic from a game of chance to one of tremendous skill. Deploying your cards in the optimal way allows you to win from difficult situations where others might have lost, and is incredibly rewarding when it all comes together. It's also tons of fun outfoxing your opponents and making incredible soul reads on what they have!

I hope this article has given you a push in the right direction so you can start leveling up and really getting into the depths of strategy Magic has to offer. Until next time, happy drafting!

After a long year and half things are getting back to normal. For Cardsphere users, this means finally returning to our original shipping timelines. 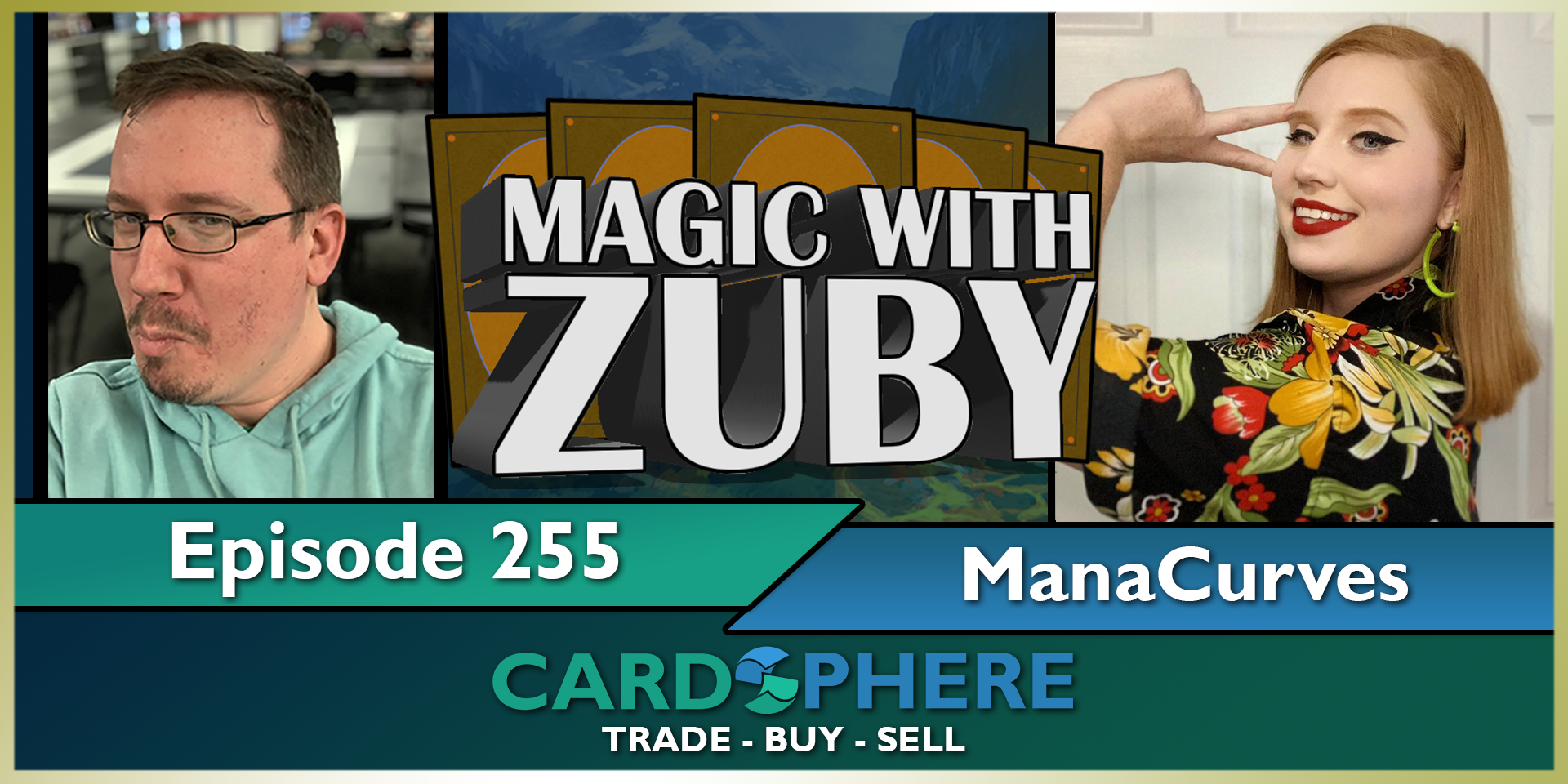 This week we brought on returning guest Chase! Probably better known as Manacurves. We discussed her rise in content creation and talked a LOT of commander. Please help me in welcoming back Chase to the show!

Trading Posts
—
A Beginner's Guide to Outwitting Opponents: Playing Around Spells
Share this