When a set first releases, it is chaotic. Drafters are learning what the cards do, experimenting with archetypes, and generally just cracking the code of the new set. This is when experienced players who have done the prep and research benefit the most, as they come in several levels ahead of their competition. But as humans are wont to do, the other players learn and adapt. Cards that were underrated at format launch begin to be properly rated. Strategies that were avoided become crowded. Players who once boasted mighty win rates start to descend back towards the average.

It can be frustrating to watch your win percentage tumble, and while this is the natural cycle of a format, it does not mean there are no edges to be gained once things are "solved." In this article I am going to discuss several ways you can maintain your edge in Kaldheim Draft, even as everyone seems to be getting onto the same page.

Some cards are tricky to evaluate, even after the set has been out for a while. Players tend to do better with cards like Sarulf's Packmate, where after a while it becomes pretty clear how much of a beating that card is every time it gets cast. However, a card like Jaspera Sentinel is much tougher to evaluate. There are some decks where it is a solid roleplayer, and others where it is unplayable. Similarly, cards like Weigh Down , Village Rites, or Crush the Weak will vary in their effectiveness based on context. By knowing where each card shines, rather than simply evaluating a card as "good" or "bad" you can power up your decks using cards that other people do not want.

One of the best ways to find hidden gems is to recognize when you get wrecked by a card that doesn't often see play. For me, two examples of this are Disdainful Stroke and Snakeskin Veil. I got blown out by Stroke enough times that I finally started including it in my decks and realized how good it could be. Since Foretell cards still maintain their higher CMC, Stroke hits a lot more cards than might be expected. There are also windows to hold mana up on your opponent's turn, such as when you have already foretold a Demon Bolt or Behold the Multiverse. Similarly, I feel like my opponent always has Snakeskin Veil at the worst possible moment for me, always protecting a threat when I simply have to get rid of it. It's important not to immediately jump from "this card is bad" to "this card is good", but by constantly shifting back and forth you can find the best situations for specific cards and understand when they are good in your decks.

While players are getting pretty good at prioritizing cards correctly, it is much harder to learn all the small synergies and combos that turn a deck from mediocre to great. If we are assuming that most of the obviously powerful cards are now being taken, a player that can turn their 4/10 cards into 6/10 cards will have a distinct advantage. This is like the "hidden gems" step, but looks for combinations of cards. When you have an Elderfang Disciple and a Deathknell Berserker, being on the lookout for Demonic Gifts will help you turn the Gifts from a medium combat trick into a piece of card advantage. In a similar vein, picking up a late Hagi Mob to go with your Jarl of the Forsaken makes both cards better in your deck.

These sorts of combos are learned with experience, but a key to finding them is to observe your opponents or your friends. Similar to finding a hidden gem, if they ever play a card that you previously thought was bad or mediocre, and make it look incredibly good when paired with something else in their deck, maybe give it a second chance. For example, I recently got crushed by my opponent playing a Gods' Hall Guardian and then equipping it with a Raven Wings, effectively creating a massive blocker that was also eating my life total at an alarming rate. The combination of Guardian and Wings to build a massive threat was something I did not really consider before, as I typically see Wings as an aggressive card and Guardian as a defensive one, but the combo definitely seemed like a decent win condition for certain controlling strategies. Seeing what my opponent does and filing it away helps me constantly re-evaluate cards and make use of resources no one else wants.

Recognize that the Meta is Dynamic

Draft is not as static as it would seem. If you sit down to draft on the day of a set's release, it will not be the same experience as a draft two months later. Not only are the cards more properly evaluated, but the fundamental strategies in the format also shift. Early on, each archetype is generally seen as roughly equal while players experiment and learn. However, once the stronger decks start to be discovered, players will gravitate towards them, leaving room for clever players to break the metagame open. In Kaldheim, Snow decks were often underdrafted early on, which made it easy to go many colors and play many powerful payoffs. Players adapted, and once they started fighting over Snow lands and payoffs, all those decks got weaker. By avoiding the scrum for Snow and drafting an aggressive deck, you could take advantage of underpicked cards and build a more powerful deck. While the meta might be in this place for a while, you need to be constantly vigilant for shifts. Identifying them gives you a huge boost.

Color preferences is another shift that occurs in many formats as they develop. A good example from Kaldheim is Black, as many drafters view it as the weakest color and try to steer clear of it, unless they open a strong Rare or Uncommon. Reaching this conclusion early helps you pawn Black cards off on your unsuspecting neighbors while you prioritize other colors, but it can also impact your card choices later on. If you realize that a table will only be supporting one or two Black Drafters, you can begin to evaluate cards a bit differently.

All of a sudden, a card like the Gods' Hall Guardian we looked at earlier becomes more appealing, as the only commons outside of Black that can deal with it are Bound in Gold, Squash, and Bind the Monster. Bind has fallen out of favor with many drafters, making Guardian even tougher to answer. This means that combining a Guardian with some evasion and protection could be an effective counter to the developing meta, as the natural answers are less prevalent.

In a format where everybody is gravitating towards an overwhelmingly powerful color (such as Black in Theros Beyond Death) starting to tweak your maindeck configurations to be good against that color's main cards can be a nice way to get an edge, or you can simply raise the bar for what makes you enter that color so you avoid fighting over it. Color adjustment may seem like a small edge, but when players are all working from similar baselines, it is just the sort of edge that can propel you to victory.

It's important not to panic or doubt yourself when a format starts to become a more known quantity and your win rate falls. It happens to everybody, and it is a natural part of a format's life cycle. However, by finding hidden gems, using mini-combos, and recognizing meta shifts, you can stay one step ahead of the competition, and maintain some of your edge. It is also a lot of fun to beat your opponents with cards they previously dismissed as useless! Until next time, stay vigilant and happy drafting! 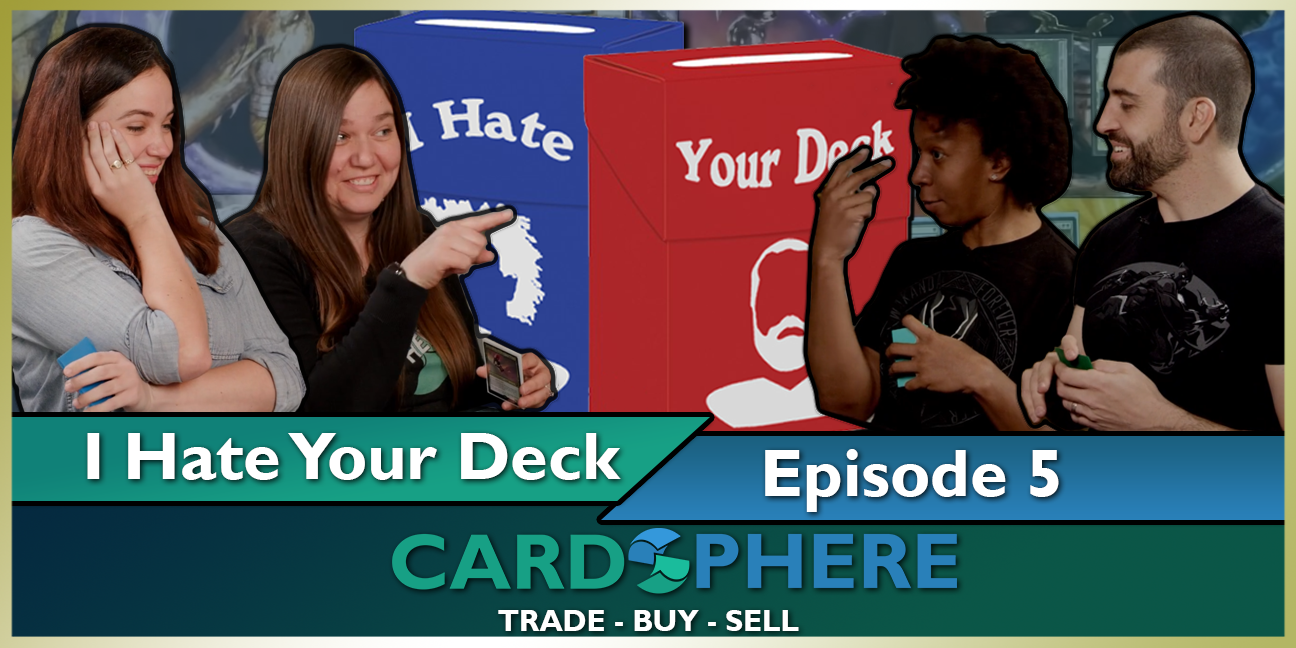 It's Orvar, The All-Form vs Kaalia of the Vast vs Gishath, Sun's Avatar vs Trostani, Selesnyas Voice Whose deck will we hate most? 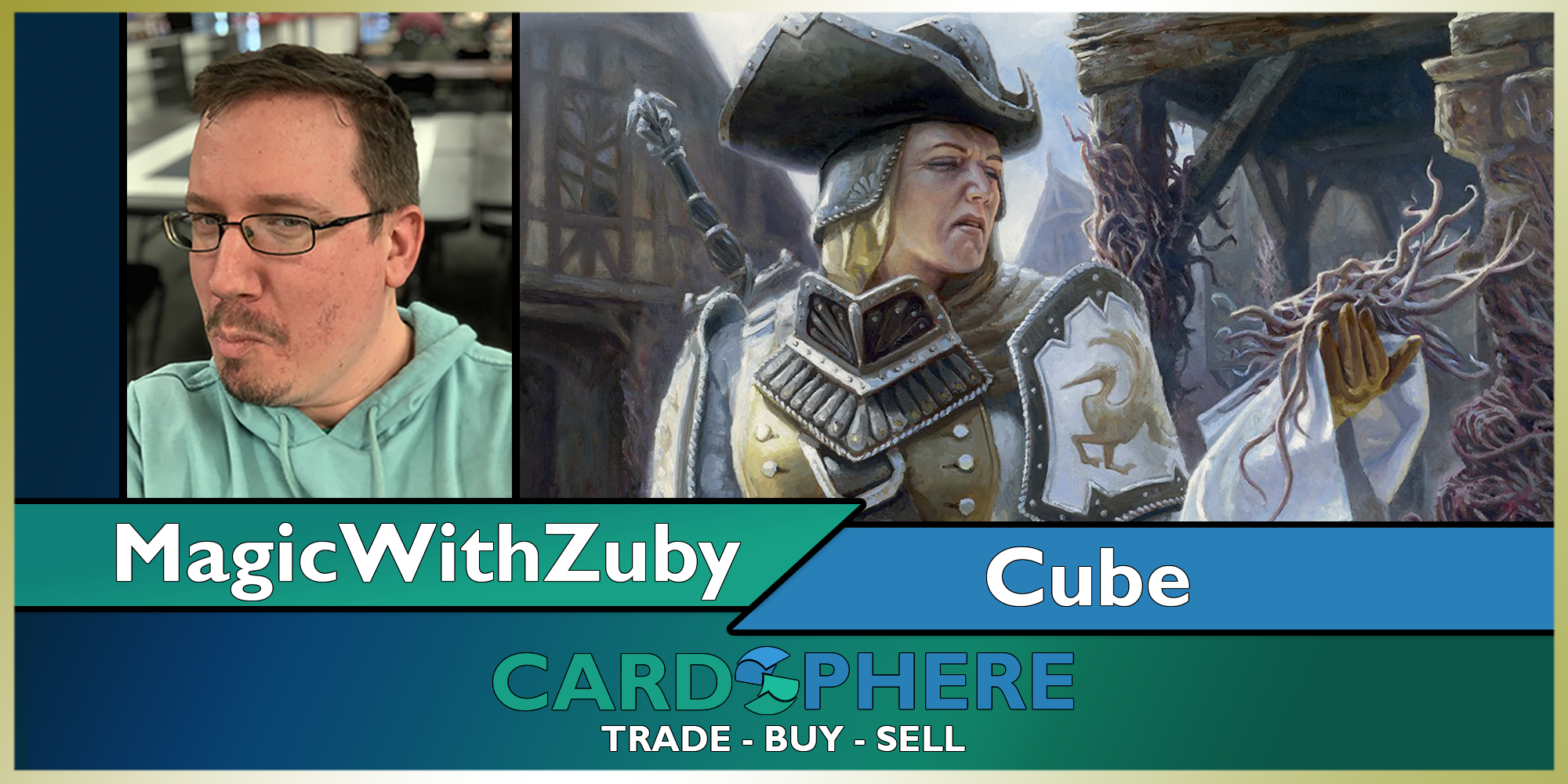 Wizards announced more cards coming to Historic in Magic Arena with the Historic Anthology IV. What does this mean for our Arena Peasant Cube?