Well, the entirety of Double Masters 2022 is known now, and there’s some amazing value crammed into these packs. They really went with a good combination of staple reprints, needed reprints, and valuable reprints, although there’s twice as much bulk in these packs as well.

One change Wizards made here was that instead of charging more per pack, they changed how many boosters were in a box, and then charged distributors the same amount, effectively tripling the price on Collector Boosters and going 1.5x on Draft Boosters. It doesn’t change that things cost more, but it’s a subtle way of making sure they get their extra cash.

The bigger question is, what to do with this set? Clearly there’s items of value here, we’ve got a couple of Portal Three Kingdoms reprints and some mega-staples, but we’ve also got a lot of stuff that will drop like a rock and never recover. Elsha of the Infinite, for example, didn’t really need this printing yet here we are.

When a Masters set comes along, there’s one key thing to do: Buy in at the bottom. Reprinting staples is something Wizards loves to do, because it sells a lot of product and increases accessibility for the game. They don’t need to print everything everywhere all at once, instead they are sparing with the most valuable reprints, usually spacing them out so there’s time for the prices to go back up.

Let’s look at Doubling Season, that staple of staples.

This is all I want to do with Masters sets: Identify the things that will crash in price then eventually recover, and stock up on those cards.

It’s not complicated at all, and we have several prime examples in this set of cards that will regain their value after they hit the floor.

To be clear: I’m not saying you should pre-order these cards, and frankly, that’s the worst idea ever on a Masters product. The whole point is to lower prices! Ordering early is the opposite of what you want to be doing. I totally understand that you want to get a cheap Smothering Tithe, but your best bet is to be patient.

Here’s a list of the cards that you should be stocking up on, some projected prices, and in some cases, comparable cards.

Smothering Tithe ($40) - Currently down $10 since everyone started thinking that it would be in DXM2, they were right! Now we’re going to get a chance to buy this at $20, maybe even as low as $15. Stores will have a chance to set the floor via their buylists, and I would be surprised if a card with this much play gets under $15.

I think $15 is in the potential range as a rare. We’ve got a similar card (well, cards) in the fetchlands from Modern Horizons 2. Granted, each Collector Booster box of MH2 would have around three fetches in it, but a rare is a rare, and not a mythic. Even Scalding Tarn can be had in the $30 range, down more than half from its price at the release of Modern Horizons 2:

City of Brass ($25) - Included in more than 100,000 EDHREC decks as a color fixer, this is not the ideal card but it’s still a very effective one. We’re getting a Borderless version, as well as the etched foil, so we’re going to see this one drop to $5. The inclusion rate is high, yes, but it hasn’t been in a booster pack since the first Modern Masters in 2011.

Panharmonicon ($10) - Half as many decks as City of Brass, but this is an effect that is soaked up by more casual players who might not bother to register their deck online, I’m really, REALLY hoping that this gets down to a dollar or two. I’m quite thrilled to pick this up at very low prices, because the card is very good and it goes into any color of deck. I’m not worried about the old border, or the blueprint frame in Secret Lairs, or anything special. I just want to buy a big stack at $1 and buylist them all for $5 in 12-18 months.

Mana Drain ($45) - This is an interesting case for a buy low, sell high scenario. We have a comparable card, in Mana Drain itself.

What we see is that the price hasn’t yet started to rise since its inclusion in Commander Legends nearly two years ago. That’s a long time for a card to go down and stay down. Granted, we’re getting this at mythic, but it was mythic both other times it was printed. I’d also point out that this card is too good for Legacy, in case you’re thinking, “Hmmm, maybe it’s not that good.” Consider also that it’s a strict upgrade to Counterspell, which is in 275,000 registered decks and likely a whole lot more.

Mana Drain’s problem has always been the price. It’s just too many dollars for the more casual crowd to get into, but at the same time, we’re going to see less copies get into circulation because players are keeping this for their decks. The price will come down here, but it may take longer for it to climb back up. How far down? Well, Commander Legends sent the price of regular frame nonfoils from about $150 to $50. I think $25 is pretty reasonable, considering how much is about to get opened.

It’s back as a rare, it got a sweet reprint in the retro frame, and the metagame has shifted away from noncreature spells early to the Evoke Elementals early. Those are factors that will drop the price all the way to the range of $20. I’ll probably pick up a playset or two at that price, and be patient about it. I won’t expect $100 again, not with a Retro Foil, Etched Foil and a Borderless Foil all soaking up the high-end dollars, but I will not be surprised if this is $50 again in a year or two.

One final warning: All of these are reprints. There’s no way of knowing which of these will get reprinted again, or a third time, or more! Wizards has shown that they do not care if a card’s price gets blasted downwards by repeated reprintings. Here’s the reprintings for Blasphemous Act, which has gotten seven printings since the start of 2020:

So while I like the listed cards to regain their value, in this era of new sets every six weeks and Secret Lairs out of nowhere, I have to accept the risk of reprints. Good luck in your packs!

Starting to play Limited Magic: the Gathering is a real challenge. NicolaiBolas returns with some helpful tips for new players looking to improve their win rate. 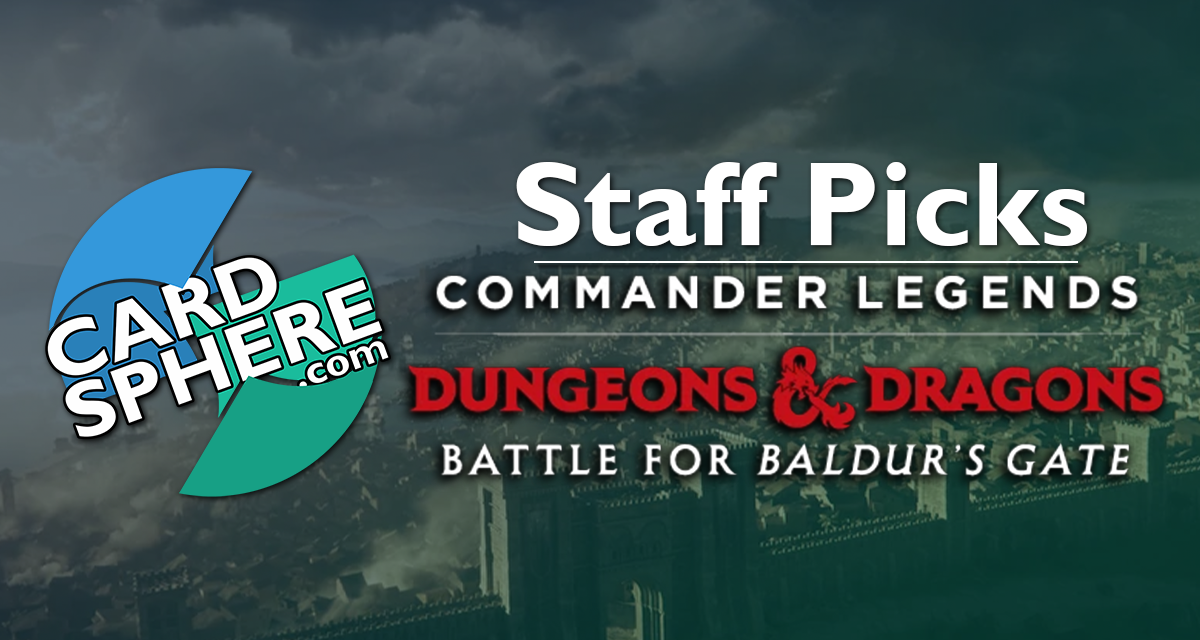 Bodey, Josh, and community member Neodarkside give us their favorite picks from Commander Legends: Battle for Baldur's Gate.