I feel like a kid on Christmas Eve. I’ve been eagerly anticipating one day for a long time and today it’s finally here. I am, of course, talking about Hour of Devastation Flashback Drafts coming to MTGO. This format is near and dear to my heart. It was the set that came out when I started “Lords of Limited” and I drafted it happily until the day the leagues ended. And to spread the love and joy that is HOU draft, I’m going to give you a fast and loose draft primer of this format so you can partake as well.  We've got much to discuss so let's jump right in!

Before we get in to the color pairs specifically, I want to give you an overview of the mechanics and themes that the format has to offer. Some are a holdover from Amonkhet and some are brand new.

Exert is a mechanic that allows creatures to do something extra powerful when they become tapped (either by attacking or activating an ability.) The catch is that exerted creatures don’t untap during their controller's next untap step. This mechanic is concentrated in the Naya colors and leads to some very aggressive decks.

Eternalize is a mechanic that builds upon Embalm from Amonkhet. Both of these are abilities on creatures that allow them to essentially come back from the dead. Eternalize allows you to exile the creature from your graveyard for a cost and make a creature token that’s a copy of that creature except it is a black zombie with base power and toughness 4/4.

Afflict is a triggered ability that exists on creatures that is followed by a number. The number of Afflict a creature has is the amount of life an opponent will lose if they block that creature. This mechanic is concentrated in the Grixis colors.

Deserts existed in Amonkhet but became a huge theme in Hour of Devastation. To begin with, each color has its own cycling land at common and a land that can sacrifice deserts for a bonus at uncommon. The cycling deserts are some of the best commons in the set. They allow you to mitigate mana screw and flood in a very real way as well as enabling some incredibly potent cards in the format like Sand Strangler, Wall of Forgotten Pharaohs, or Ifnir Deadlands. I hate to let the Sacred Cat of the bag, but these are fairly high picks and are often reasons to move into a color if you see them going late.

Beyond the mechanics and themes of the set are a few big picture things to keep in mind. There are a lot of wrath-type effects in this format. Hour of Revelation, Hour of Devastation, Bontu’s Last Reckoning, Chaos Maw, Dusk // Dawn, Heaven // Earth, and Rags // Riches. There are certainly good aggressive decks in the format but the presence of so many ways to clear out an early onslaught of attackers definitely slows down a format. Because of the abundance of this kind of effect, be wary of overextending when you don’t need to.

There is also a cycle of color hosing cards at uncommon called Defeats. Gideon’s Defeat, Liliana’s Defeat and Chandra’s Defeat should all be fairly high picks since they are A grade level removal spells out of the sideboard.

Last thing before diving into the color pairs is to point out the amount of incredibly fun buildaround rares that exist in the format that may look terrible at first glance. Imminent Doom, Abandoned Sarcophagus, Fraying Sanity, and Swarm Intelligence from Hour of Devastation and Anointed Procession, Approach of the Second Sun, and Drake Haven from Amonkhet are just a few of the cards I hope to maximize in a draft this week while we have the opportunity. Now, a look at the best decks to draft.

If you’ve never played this format, you might be thinking, “Of course Ethan thinks 5 Color Green is one of the best decks in the set.” But I assure you, I’m not memeing. This deck is very real and very good. The headliner of this deck is Oasis Ritualist. The fact that this can exert to produce two sources of a single color makes splashing for powerful spells actually quite doable. It’s backed up by an abundance of colorless fixing with Traveler’s Amulet, Evolving Wilds, Survivors' Encampment, Painted Bluffs, and Manalith. The same rules apply to this style of deck as they always do: you need bombs, removal, fixing, and card draw/card filtering. But this format is filled to the brim with cards that go in each of these four categories. I imagine this will be the Spider Spawning Deck of this format and will likely be overdrafted during this week, but I still have hope!

This was one of the first formats where Blue/Red started to solidify itself in the role of spells-matter in limited. There are a good number of powerful payoffs and even more plentiful enablers. In terms of payoffs, you’ve got Bloodwater Entity, Riddleform, Magmaroth, Firebrand Archer, and Spellweaver Eternal as the best of the bunch. All of your good removal like Open Fire, Puncturing Blow, and Unquenchable Thirst is going to trigger these cards as well as cheap cantrips in the form of Crash Through and Strategic Planning. This is definitely a deck that is greater than the sum of its parts and the most synergistic of these decks can go head to head with any other 40 cards in the format.

Fans of the Heroic style decks in Theros Beyond Death will feel right at home with Boros in this format. Turn ‘em sideways is the name of the game and Boros has a lot of heavy hitters, headlined by Resolute Survivors. Just beyond that, Oketra’s Avenger, Khenra Scrapper, and Vizier of the True are going to keep the beats coming. And if you’ve over-exerted yourself, Dauntless Aven is there to have your back. These cards are all great backed up by removal and tricks in Red and White. And you’ll be crossing your fingers in Pack 3 for as many Gust Walkers as you can get your hands on.

By the end of the format, this was one of my favorite decks. It took me a while to figure it out since there was such a heavy cycling theme in Amonkhet, and seemingly much fewer payoffs in Hour of Devastation. The aforementioned Abandoned Sarcophagus is definitely one of the biggest reasons to get into this deck. Vile Manifestation and Ominous Sphinx are both fantastic though and would push me towards getting as many 1 mana cycling creatures as I can. You’ll still find your biggest payoffs in pack 3, so there’s a little bit of luck involved. If I’m in this deck I’m definitely on the lookout for Drake Haven, Ruthless Sniper, or Horror of the Broken Lands. Wander in Death, a powerhouse in any deck, excels in the cycling deck in particular allowing you to get back a Striped Riverwinder and Lurching Rotbeast that you cycled away earlier. And it also provides infinite creature loops with Scribe of the Mindful. I’m looking forward to timing out with this deck again!

Blue/White is probably the best home for one of my favorite uncommons in the set: Vizier of the Anointed. Flyers, removal, value, and lifegain. What more could you want from a deck? Vizier gives you an engine for card draw that the deck really wants and has great uncommon Eternalizers in Sunscourge Champion and Sinuous Striker, and even some unassuming commons in Steadfast Sentinel and Proven Combatant. This is another deck hoping to get hooked up with some Amonkhet cards as back-up like Aven Wind Guide and Anointer Priest but will do just fine with the cards it gets out of the two HOU packs.

The other color pairs also have their strengths. Golgari is a grindier deck with a theme of -1/-1 counters mattering. Simic is the classic “Ramp and Draw” strategy with a good home for splashing as well. Orzhov is a Zombie tribal theme that is incredibly supported by the Amonkhet pack. Selesnya plays out similarly to Boros as an aggro exert deck ( Appeal // Authority is a very powerful way to close out a game of magic with these decks.) Last, and definitely least in my opinion, is Gruul. The deck can certainly win games, but doesn’t have a lot of, if any, synergy going on. It does give you two of the best common removal spells in the set in Ambuscade and Open Fire, so if you get handed a bunch of those I could see a reason to draft this deck.

And that, in a very tiny nutshell, is Hour of Devastation. If you’ve played the set before, I know I’ll be seeing you in the queues this coming week. And if not, I hope this article gives you the tools to feel confident to hop into a draft for the first time. I promise you won’t regret it. Happy Drafting! 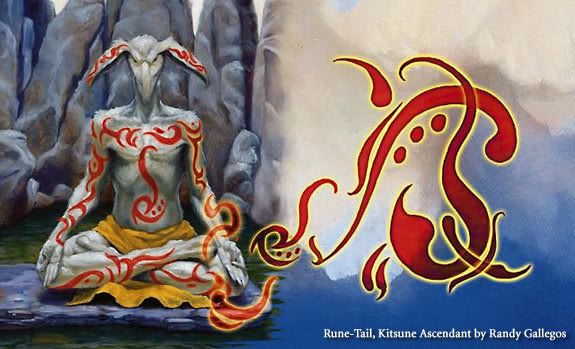 JD McKeehan is back with one more deck coversion to EDH. This time it's Rune-tail leading a Soul Sister pillow fight! 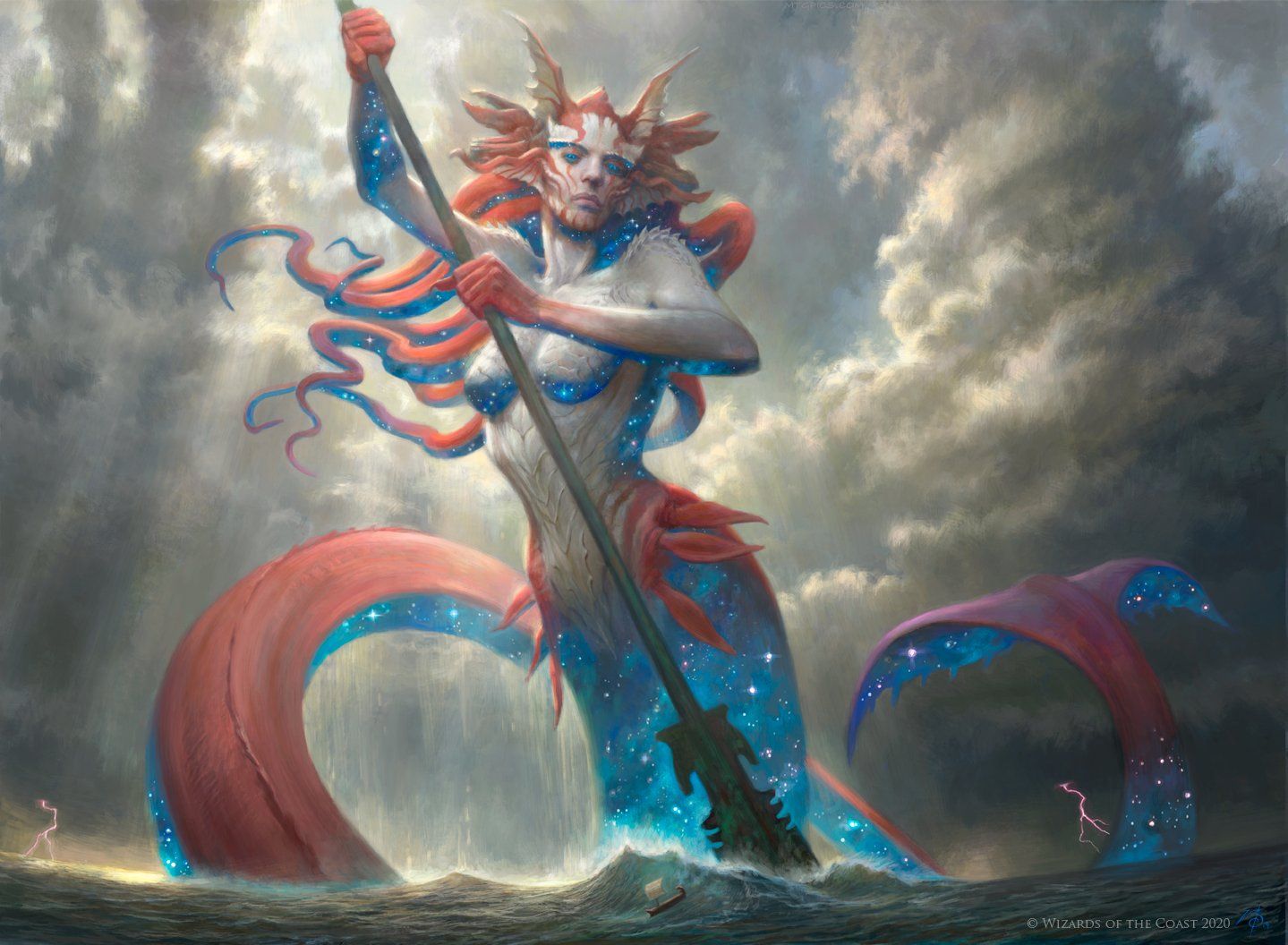 Darin Keener looks to Pioneer and finds a deck worth bringing back to Standard.