Back when I first started my attempt to learn this crazy little game called Magic, there was (for me) Magic Online alone. As someone who didn't have ability to leave work and family for multiple hours on a random evening to play apart from the exception that I could make for prereleases, the ability to learn and play Magic through the Intarwebs was my only option, and I took full advantage of it. I met a ton of great people who helped me at every point in time, and those people made me the slightly-above-average Magic player that I am today (allegedly).

But as I took that first dive into MTGO, I eventually had to make my first huge decision: my first modern deck. If you've ever played Modern, you know the pain and suffering that decision involves. You're trying to decide on where you're going to put your first truly significant chunk of cash, and you aren't even good enough of a player to know what exactly you're deciding. And in the case of MTGO, I wasn't even going to end up with chunks of cardboard that I could keep and show to my grandkids in case I was wrong about what's good. So when that time came, I had to commit. Plus, well, I was a little lower on the budget end of my abilities.

Yes, it's like a tier 3 deck. But it was pretty simple to play: work your way up the curve, play big creatures, kill something here and there, and finish with the joyful combo of Phyrexian Obliterator and Gray Merchant of Asphodel. And it was good.

Now, because of the current (how do I put this...) "unsteadiness" of Standard for the next few days, you might not feel comfortable committing to a Standard deck in the same way. Who wants to buy a bunch of cards that might or might not be good after a change in the format (although if this does happen you can totally trade them to someone else on Cardsphere!) and not end up with something good? Luckily for you, there is a new format that's being pushed by WotC and will be a competition format on Arena for the rest of the year. In addition, when paper starts up again, don't be surprised if you'll be able to compete in Historic paper tournaments. So, why not try a Historic deck that used a bunch of your Standard cards AND is a huge chunk of cards that can be used in the corresponding Modern deck? Have I got something for you!

Most mono-black devotion decks follow a certain progression up the curve in order to work. For instance, one-drops are not necessary but it's okay if you can find a good one. It turns out that Knight of the Ebon Legion is one of the better one-drops in the format. You can attack with it, pump it to win combats, and it scales up in size with the game.

Two-drops need to do one of two things: they either need to disrupt your opponent or (really important in black) fix your card draw. And all of the two drops in this deck do exactly that. The best card for disruption in this slot is Kitesail Freebooter since it hits most of the win-now cards in the format (Fires, Lukka, WildRec, etc.) and it has evasion afterwards. Yarok's Fenlurker is the next option, but as a Modern player I bring in my playset of Brain Maggot more often than not when I need selected disruption. The two black mana symbols, however, are really important in game one so we'll settle. Finally, and this is probably controversial, I like Seekers' Squire to smooth out our draws and make sure we hit our lands when necessary.  I've also been experimenting with Fiend Artisan as a way to find your pieces, but I haven't figured out the proper balance between that and card draw quite yet.  So your mileage may vary, but it's worth playing with.

At three, we really need BBB for a mana cost to help out Gary, but we'll settle for two if the card is good enough and has some upside that we wouldn't have otherwise. For the mana symbols... drum roll please...it's Ayara, First of Locthwain. I can't tell you how happy I am that AYAYA finally gets to be in a functional deck. But yes, AYAYA is a great card here. She supplies a drain for every creature you play for the rest of the game, and she lets you recycle your Fenlurkers and Freebooters for additional cards (again useful in a mono-black deck). We also have a playset of Murderous Rider for removal, and a couple copies of Lurrus of the Dream-Den. No, not as a Companion, in the main. Gasp! But hear me out: Murder Kitty is really good here. Two mana symbols, some lifegain if unopposed, and lets you refuel from the graveyard if necessary. Plus Lurrus has the added advantage of opponents being conditioned to remove the kitty no matter what because of her power as a Companion. While we're sad to see her go, we'd much rather have AYAYA or a disruption piece stay on the board.

The four-drop piece is, without question, Phyrexian Obliterator. The Pointy Kitty is what makes the deck really work because it's a brick wall against literally any card on the ground. You can't attack into it because you'll probably lose a ton of your board if you do. You can't block it because same reason. And the number of people on Arena who don't understand what Phyrexian Obliterator's text says is immense. And funny. There's also a copy of Ravenous Chupacabra for removal and a copy of Dread Presence since we're mono-black. I wish Dread Presence could find a better home, but we're happy for the one.

And finally, there's Gary. Gray Merchant of Asphodel is the finisher. By the time we have a bunch of cards on the board, Gary can often drain for 8-10 points, which is often enough to win without doing another thing. We need one more card, and Cavalier of Night will suffice. Multiple mana symbols, useable removal, plus it gets us another card at death. Good enough. We're also using Umori, the Collector as a Companion since every card in the maindeck is a creature. Umori is a C+ Companion here, because often we don't really want to play it. It's a middling creature, and by the time we play Umori our hand is often empty so the discount isn't really used as much. But it's still nice to have an extra card when we need it.

The sideboard consists of more of the above themes, divided among removal cards, hand disruption, and a couple of cards to work against Planeswalkers and Bogles (Plaguecrafter), although this plan may change if Companions change. If the mechanic is errata'd to death, it might just be better to play some straight removal or disruption here rather than maintain all creatures. Historic is still a pretty wild-west sort of format where people are playing all sorts of weird stuff, so be prepared to change the sideboard drastically as the meta fleshes itself out.

Gameplay is fairly straightforward; you want to simply move up the curve towards Obliterator or Gary depending on what's worth doing. You'll change your attack patterns, however, according to whether you think you need to do some more beating down or can just Gary and win. Against midrange and control you'll play as more of a beatdown deck, but against aggro and RDW you're more likely to rely on removal, disruption, and lifelink to hold the board until you either get an Obliterator down as the ultimate blocker or you drain for enough that the opponent runs out of gas. I always feel like I have a game against most decks in the format.

So head to the dark side and try out Historic...it's been a great place to get interesting, competitive games on Arena, and its influence is going to be growing in the coming months. So happy AYAYAing, stay safe, and please drive friendly! 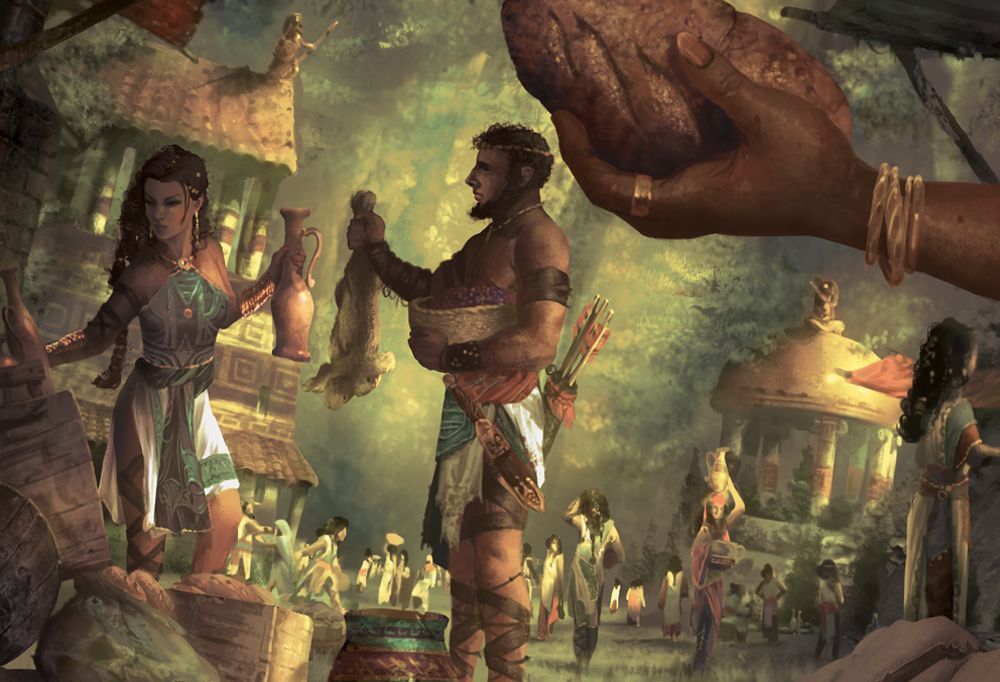 Cliff Daigle talks about being an early Cardsphere adopter, and what he's learned about using the system. 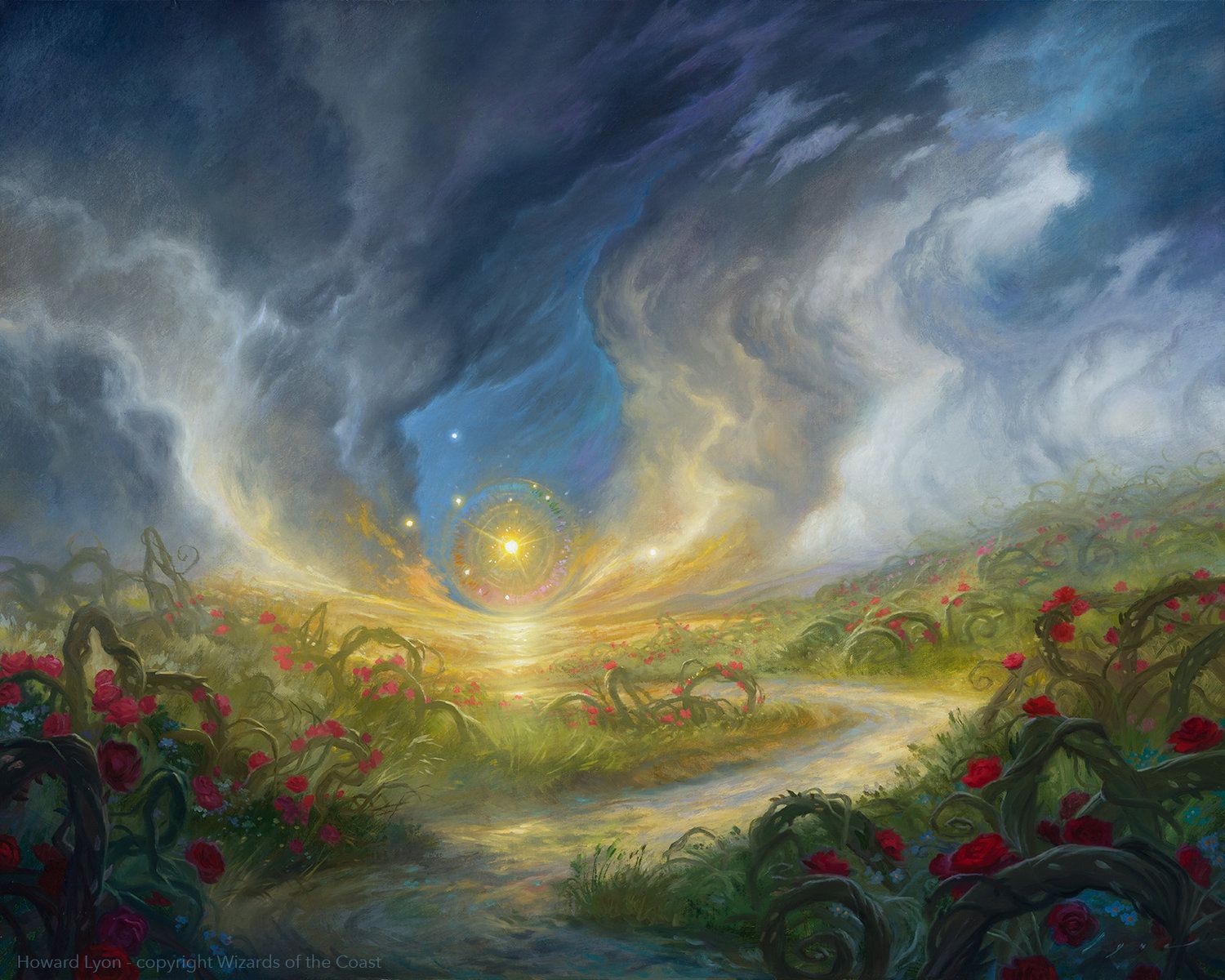