Ciao, you Commander connoisseurs, and welcome back to Cardsphere for some more singleton shenanigans. I’ve been promising a deck tech for a couple months now, but things got in the way (new sets, end of year wrap-ups, life). So I’m back with my latest build, straight outta The Brothers’ War. We’re making copies, comboing off, and destroying our opponents with machine mayhem. And we’re doing it with Urza, Prince of Kroog.

Urza is a white and blue 2/3 human artificer that gives our artifact creatures +2/+2 and has an activated ability that lets us copy any artifact we control, except as a 1/1 soldier creature. The drawback? That ability costs 6 mana. I probably don’t have to tell you this, but 6 mana for an activated ability is a lot. But that doesn’t mean we can’t have fun with it!

There are only a few cards printed that reduce the cost of activated abilities, and sadly only one of them, Training Grounds, is playable in this deck (Zirda, the Dawnwaker and Biomancer’s Familiar are not in our color identity). While Training Grounds is definitely on our list, we can’t rely on one card to make the deck work. So that means we gotta go to ramp city with this one. We’re running 18 cards that either grab us lands, tap for mana, or reduce costs. But the nice thing is that, even if we’re overflowing with mana, we’ll always have a use for it. Just pump that mana into Urza to make more tokens!

March of the Machines

So how does this deck win? As I’ve said before, decks that win the same way every time don’t interest me, so I’ve made sure this one has multiple paths to victory. Let’s start by looking at our combos!

This first one doesn’t win us the game outright, but it does make us infinite colorless mana which we can feed into Urza to make ourselves an unstoppable army. We’ll need Training Grounds to reduce our creatures’ activated ability costs, and Basalt Monolith. Use Urza to make a creature copy of Basalt Monolith. Once that copy isn’t summoning sick, or has haste, Training Grounds will make it so you can untap it for just one mana. So tap it to get three, use one to untap, netting yourself two colorless mana. Et voilà, infinite colorless mana.

Our next combo will win us the game, so let’s see how it works. We’ll need Su-Chi Cave Guard and Grinding Station on the board. Use Urza to make a copy of the Guard. Sacrifice that copy to Grinding Station to mill an opponent. The Guard copy you sacrifice adds 8 mana to your pool, so use 6 of it to make another Guard. Station untaps when the new Guard enters. Repeat to infinitely mill your opponents. This combo also makes you a lot of extra colorless mana.

Combos aren’t your thing? How about alternate win conditions? For that we’re running Halo Fountain. This beauty from New Capenna has several uses, including making more tokens, drawing cards, and untapping our creatures for blocking. But it also has that last ability which just wins us the game if we can untap 15 creatures with it. Is this the likeliest path to victory with the deck? No, not at all. Is it possible? You bet.

Then of course, we’ve got the good old fashioned beat downs option available. Urza gives our artifact creatures +2/+2, but we’re gonna take that one step further with Tempered Steel to give them 2 more. We’ll make massive constructs with Digsite Engineer, and we’ll double our tokens with Anointed Procession. And then we’ll make them unstoppable with Akroma’s Memorial or Harbin, Vanguard Aviator. Kappa Cannoneer and Angel of the Ruins are also great for smashing faces.

The deck has some other really cool synergies worth looking at. We’ll start with a classic combo of Mycosynth Lattice and Unwinding Clock. With these two on the board, you’ll untap everything you own on each opponent’s untap step. If you’ve got Urza out, you’ll be churning out maximum tokens on every player’s turn. This is especially potent if you’ve got big mana rocks like Thran Dynamo or Basalt Monolith that you can make copies of to get you closer to those multiples of 6. It’s also why haste is crucial in this deck. Unfortunately there aren’t a lot of haste enablers in our colors, but Akroma’s Memorial and Crashing Drawbridge will do the trick.

We have several high-cost artifacts in this deck, and even with all the ramp I’d rather not pay full price for them. So I’ve added in Master Transmuter, which can bounce a token you made from Urza, or even Sol Ring which you can recast cheaply, to bring out the big guns like Darksteel Forge, Spine of Ish Sah, or Su-Chi Cave Guard at instant speed.

Since we’re a combo engine deck, we’ll need a bit of extra protection to keep our machine going. So we’ve got Darksteel Forge to make artifacts indestructible. This pulls extra weight with Mycosynth Lattice in play. We’re also running the classic Swiftfoot Boots and Lightning Greaves to keep Urza away from unfriendly spells. And Teferi's Protection if we just need to take a break from it all.

Then there’s Mirage Mirror. This is one of those cards that I almost never put into decks because it's good in every deck. There’s rarely going to be a game where it doesn’t have a serious impact, whether you turn it into a creature for blocking or attacking, or turn it into something with a powerful triggered ability. So why don’t I play it? Well, it doesn’t really synergize with anything, does it? It’s just a general good card, which I tend to avoid in my decks, aside from ramp. However, in this deck, you can pull off some serious shenanigans with it because you can make copies of it with Urza. You can even make the token copies not be a creature anymore by using its ability to turn it into a noncreature permanent. Until end of turn, of course. It has so much potential here, and I can’t wait to play it to see the payoffs.

Here’s the full decklist and a link to Moxfield so you can take it for a spin in Playtest mode.

I’ve played one game with it and already worked out a few kinks since. There’s certainly room for improvement, and I’m looking forward to trying out new cards. But I did win that one game by cranking out a bunch of Thran Dynamos and swinging them in the air with Akroma's Memorial.

So if you’re looking for a versatile, but not super fast, artifact deck, definitely give this a try. It’s a lot of fun to make creature copies of all your mana rocks and brag about killing players with animated Basalt Monoliths.

Thanks for reading! I hope your new year is off to a great start and your calendar is full of lots of Commander games with friends. Hit me up on Twitter to chat with me about this deck, or anything else Magic related! You can also catch me slinging budget Commander with Scrap Trawlers on Twitch and YouTube. Make sure to check back in a couple weeks when we'll be talking about Phyrexia: All Will be One, right here on Cardsphere. Until then, take care. And play lots of games! 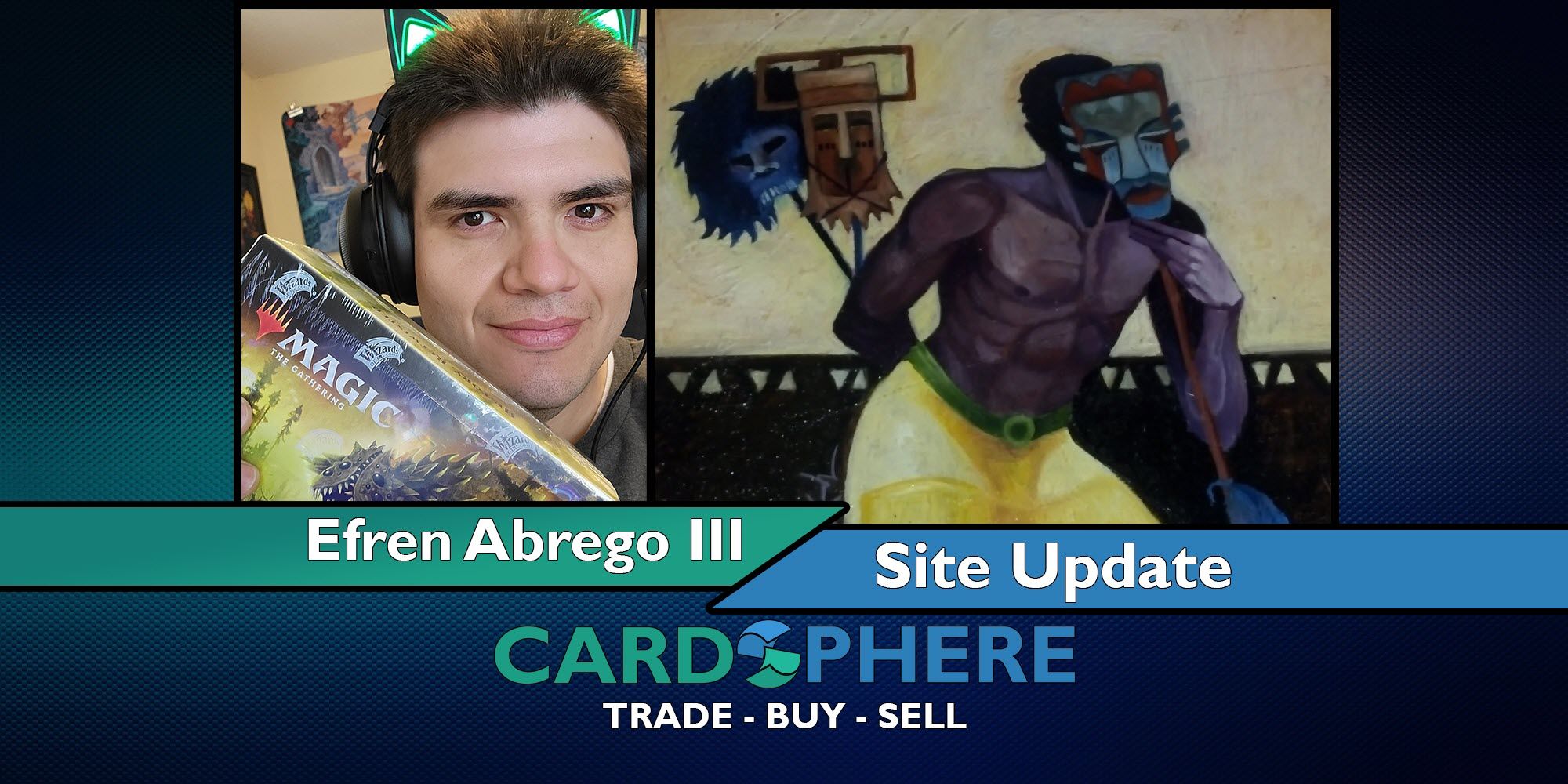