Throne of Eldraine limited is here in full swing and I couldn't happier. In fact, it's my favorite draft format of all time so far. I can't remember the last set where the colors were so well balanced and every deck seemed viable. I've trophied with aggro, control, and everything in between. The drafts are incredibly deep and rewarding and the gameplay has been tight and full of lots of different avenues to victory. I expect to be writing a lot of installments in my Limited "What's the Play?" series for this format and am excited to kick things off with this article right here. Let's get into it!

What we’ve got here is a good old fashioned mono blue beatdown deck. Well, sort of. Mono colored decks, or decks that at least skew that way, are really the name of the game in Throne of Eldraine. The main reason for this is the ability to easily cast the cycle of uncommons with quadruple hybrid mana in their cost. This deck doesn’t look all that exciting until you get to the four drop slot where we have a Thunderous Snapper, two Covetous Urges and four Vantress Paladins that will be always be doing their best impression of Phantom Monster. Without any incidental mill for my opponent, the So Tinys and Vantress Gargoyle aren’t set up for success here. And while I do believe Folio of Fancies is a strong card to build around, it was mostly just a target for my Animating Faerie // Bring to Life in this deck.

It’s early days in the format and this is draft number nine without a trophy in site! I found myself winning my first match with this deck and then got paired against a fantastic limited player, Etienne Busson. This is our first game and I have a nice curve out of Folio of Fancies into Animating Faerie, but given the Smitten Swordmaster // Curry Favor on my opponent’s side of things, and the fact that they’re Rakdos, it seemed better to leave the 4/4 back as a blocker rather than trade two damage for two damage. It’s now turn four and I’m under no pressure from my opponent so I take this as a perfect opportunity to cast Covetous Urge, which brings us to our first decision point. With a hand of Barrow Witches, Elite Headhunter, Order of Midnight // Alter Fate, Resolute Rider, Smitten Swordmaster // Curry Favor, and Tempting Witch, what’s the play?

*A quick note on Covetous Urge and Adventures: You can cast either half with mana as though it were mana of any color. If you cast the Adventure half, the card will go in exile for you, not the spell’s controller, but if you want to cast the creature, you have to have the appropriate color of mana to do so.

Boy howdy, is that a stacked hand! I think this choice comes down to Barrow Witches or Order of Midnight. Our opponent has yet to miss any land drops, but we can see from their hand that they are going to have to get lucky to curve out on us. Barrow Witches seems like the card that will be better for us in the long run given that Vantress Paladin is a Knight, but in the moment I elected to take the Order of Midnight, valuing it as either a cheap flyer or a recursion spell. I also wanted to reduce my opponent's ability to double spell in the future by taking away this flexible two drop.

Jumping ahead to turn 7, our opponent found a couple extra land drops and another Elite Headhunter and has been pressuring our life total with both. Meanwhile, we’ve curved out with a couple of Adamant Vantress Paladins. Thanks to our Covetous Urge from a few turns ago, we still have perfect information about what remains in their hand (Barrow Witches and Resolute Rider.) It seems like we just might be able to close this game out, but our opponent has a variety of tools at their disposal with activations from the Headhunter, Tempting Witch, and the food token that can be used for sacrifice fodder or just lifegain to swing the race in their favor. With an Animating Faerie and Order of Midnight in exile and the current board, what’s the play?

So here’s where I get myself in a pickle. The correct line (which I did not take) is to attack with both Vantress Paladins and play my third one. This way, my opponent's life total falls to 4, so even with the lifelink from Smitten Swordmaster on the crack back and the food token, they’d be at 9, and all 3 Paladins would be exactly lethal on the following turn. Unfortunately, I didn’t think that far ahead and was too blinded by being mana efficient for the turn. I cast Henge Walker as a 3/3 and Animating Faerie as another flying threat, attacked with both Paladins and the animated Folio, which was chump blocked by the `Smitten Swordmaster. And found myself in an awkward situation. The life totals are much closer and my opponent has a lot of potential lifegain on their side of the battlefield. Is there a way to salvage this situation? What’s the play?

The amount of options for damage or lifegain that my opponent has access to makes this a bit of a nightmare. In deciding what attacks to make, I realized I needed to present lethal and then everything else fell into place. I had been toying with the idea of attacking with only a Paladin and the Faerie since the Headhunter can take down the Faerie in one shot with its two toughness, but that won’t work. I need them to sacrifice the food token for life this turn. Otherwise they’ll use the Tempting Witch and my life total will be too low when they crack back.

So, I attacked with both Paladins, my opponent cracked their food token to gain three life, and I hit them for six in the air. I then played another Paladin and the Order of Midnight out of exile and passed. Without a topdeck, they don’t have the ability to push through enough damage. They could play Smitten Swordmaster from exile and use it as ammunition for the Headhunter to kill my Animating Faerie, but I’d still have three blockers for the turn and enough power in the air to push through lethal even through the potential lifelink from Resolute Rider.

I was lucky enough to fade a relevant topdeck from my opponent and he conceded on the following turn. This game was full of a number of tough decisions for me. I'm still not sure what the correct steal was with Covetous Urge and I should have thought more about counting my opponent's life total backwards from zero. If I had, I might have made the non-mana efficient play with Vantress Paladin and won a turn sooner. Throne of Eldraine has offered a ton of interesting board states for me to evaluate and I look forward to sharing more of them in the coming months. What complex decisions have you come across so far? Let me know on Twitter! And, as always, happy drafting! 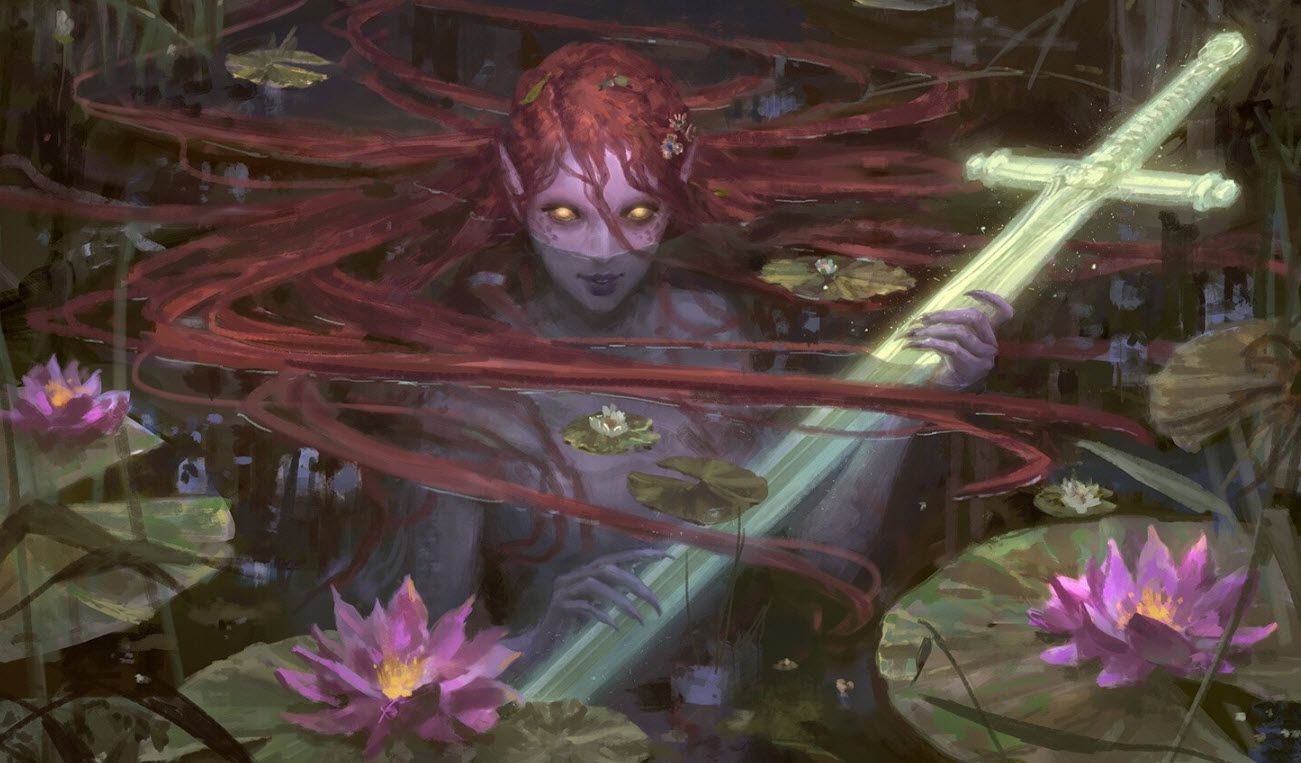 Guillaume Robert examines the effect Throne of Eldraine has had on Modern. 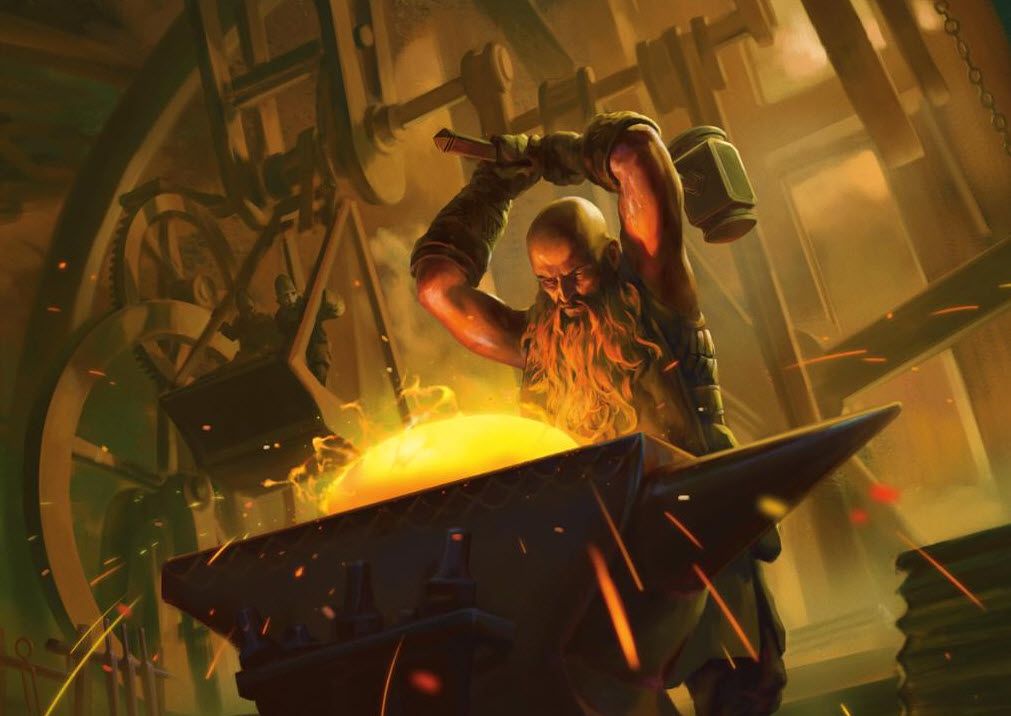 Orren Mckay returns with answers for some of the burning questions EDH players have, an Ashling list, and the start of a new Golos build.