This is the third and final article in this series about how to change your favorite 60-card archetypes into Commander decks.  This week is going to be structured differently than the others because it's about a deck that I already own.  I'll walk you through how I came up with the deck and what the different elements do.

The deck is mono-white, but many elements can be applied elsewhere, though especially life-gain and pillow-fort decks.

The deck started with my desire for a Kitsune (Japanese Fox) tribal deck.  I was looking at the options, which are Eight-and-a-Half-Tails, Opal-Eye, Konda's Yojimbo, Rune-Tail, Kitsune Ascendant, and Sensei Golden-Tail.  8.5 tails looked like the most useful and interesting since I wasn't doing Samurai tribal.

I started building the deck, but realized there weren't enough foxes for it to be viable. I had been watching and playing with a lot of Modern Soul Sisters decks at the time because it's my favorite Modern archetype, so I decided to try to build a Soul Sisters deck.  I tried it out and quickly realized that 8.5 tails cost too much mana to be effective.  With the unbanning of Painter's Servant, I'm sure it's much better, but also requires some heavy artifact tutoring to get it into play.

I looked at the other mono-white options for a soul sisters commander, and Darien, King of Kjeldor or Rune-Tail, Kitsune Ascendant seemed like the best options back then.  Heliod, Sun-Crowned seems like another good option now, but is more about comboing with Walking Ballista.  I owned a Rune-Tail but not Darien, so I went with the former. Happily, I would later realize Rune-Tail was the better, but less popular option.

The deck is very synergistic and can be a bit complicated to explain why some cards have a spot in over others, so I'll explain how it usually plays out optimally first.

Turn 1 or 2, you play a Soul Sister. A one or two drop that gains you life when creatures enter the battlefield.
Turn 3, you play Rune-Tail, Kitsune Ascendant, it flips, and you stop taking damage for a while and gain incremental life.
Beyond turn 4, you play a multi-blocker and hold out until you can cast a win-con, and win the game.

Modern Soul Sisters fell out of favor in the Modern metagame a few years back, but it remains one of the most budget-friendly ways to buy into the format.  Most soul sisters decks have switched to being Martyr of Sands decks, but for a few years, they were true soul sisters decks, relying on cards like Soul Warden and Soul's Attendant.  When I was starting in Commander, I watched a lot of Kevin Crimin's content at The Rogue Deckbuilder.  He played a lot of Soul Sisters back then. Here's a deck Kevin ran back in 2015:

What we take from this is we need Soul Sisters, protection, disruption, and creatures that grow really big.

Many of the cards in this 60-card deck don't work in a Commander deck because it was tuned for 1v1 games.  That's a significant weakness for white in Commander, but we will take the general categories and find things that work within the Commander format.

First we need Soul Sisters.  These are Soul Warden, Soul's Attendant, Auriok Champion, and Suture Priest.  There are also honorary Soul Sisters like Authority of the Consuls and Shattered Angel.  This might sound weird, but Shattered Angel is the best card in this entire deck.  The amount of life it gains is ludicrous and it's a 3/3 flyer.  Anytime you have to choose between cards for some reason, almost always choose to take Shattered Angel.

Next, we need protection.  This is primarily in the form of multi-blockers, those which are able to block any number of creatures or redirect damage like Guardian of the Gateless or Protector of the Crown. We can also count Pariah, which turns any creature into a multi-blocker.  These play into the Commander's strength's very well, since Rune-Tail, Kitsune Ascendant prevents all damage dealt to them.  They essentially negate all combat damage coming at you, althoughtrample can still be a problem.  A cool trick with Pariah is to enchant a creature with Darksteel Mutation and put Pariah on it.  It's nice redundancy in case anyone repeatedly destroys your commander with something like Aura Shards, my most hated Commander card.

Another necessary category is disruption.  It's something every commander deck needs, but here is a bit different from more typical packages.  The commander and a multiblocker deal with most creatures, so what you need are ways to deal with enchantments and artifacts.  My favorite card for this category is Righteous Confluence.  That card is versatile and I've exiled many Gods with it.  Once time, I exiled 3 Gods at once with it against a God tribal deck.  With 7 new God cards in Theros Beyond Death, you should think about including it in more decks.

The deck is also heavy on board wipes because we're buying time to win.  My favorites are Fumigate and Wave of Reckoning.  With Rune-Tail out, Wave of Reckoning becomes a 1-sided board wipe, and I've killed several Blightsteel Colossus with it.  Hallowed Burial is also great for getting rid of Blightsteel or Gods.

For the usual Ramp and Draw that every deck needs, Mono-White is of course lacking, but there are options.  My favorite is Monarch.  There are some great cards with the mechanic, and it's easy to hold onto Monarch here.  The deck does have issues with ramp, but I generally got around it by tightening the mana curve.  I've tested and tuned it for several months.  You just need to be able to cast a Soul Sister and your commander and you have almost all the time in the world after that to draw what is needed to win.

There are two types of win-cons in this deck, big creatures and "you win the game" cards.  The big creatures are why I sometimes call this a "pillow fight" deck.

Felidar Sovereign and Aetherflux Reservoir are examples of the "you win the game" cards.  The best way that I've found to play with Reservoir necessitates a long multi-game political strategy.  Threaten to nuke the first person to do anything against you with the Reservoir even if it kills you.  It's mutually assured destruction and nobody wants to go out that way.  At first they will think you are bluffing, so you need to follow through and blow them and yourself up.  After a few games, they'll realize you're not bluffing and they'll believe you every time after that and you never have to do it again.  Then you sit back, gain incremental life until you're at 151+ life, then kill everyone at once.

Another less obvious way to win is with Solitary Confinement.  If you get it and a way to draw an extra card a turn with Monarch, Temple Bell, or Otherworld Atlas, you can sit back and wait as many turns as you want to find your win-con.  Speaking of Otherworld Atlas, it combos great with Approach of the Second Sun.  I have twice so far cast Approach in two consecutive turns to win the game because of Atlas' card draw.

This is the final deck for Rune-Tail Soul Sisters:

Ranger of Eos is a card that I've long debated including in the deck.  The reason I haven't is because it fetches Soul Sisters, but you want them out on turn 1 or 2, not turn 5+.  But it's an option if you are interested in it and so is the new version from Modern Horizons, Ranger-Captain of Eos.

There are many options for each necessary category of card in this deck that weren't used or mentioned.  You should tweak things as demanded by your local meta. Maybe you need more artifact destruction and less enchantment destruction or more taxing and less life-gain.

Thanks for reading my articles.  I hope you enjoyed them and got some useful ideas from them.  If you have any questions, you can find me on the Cardsphere Discord as Gabby-Grant, Kitsune Ascendant. 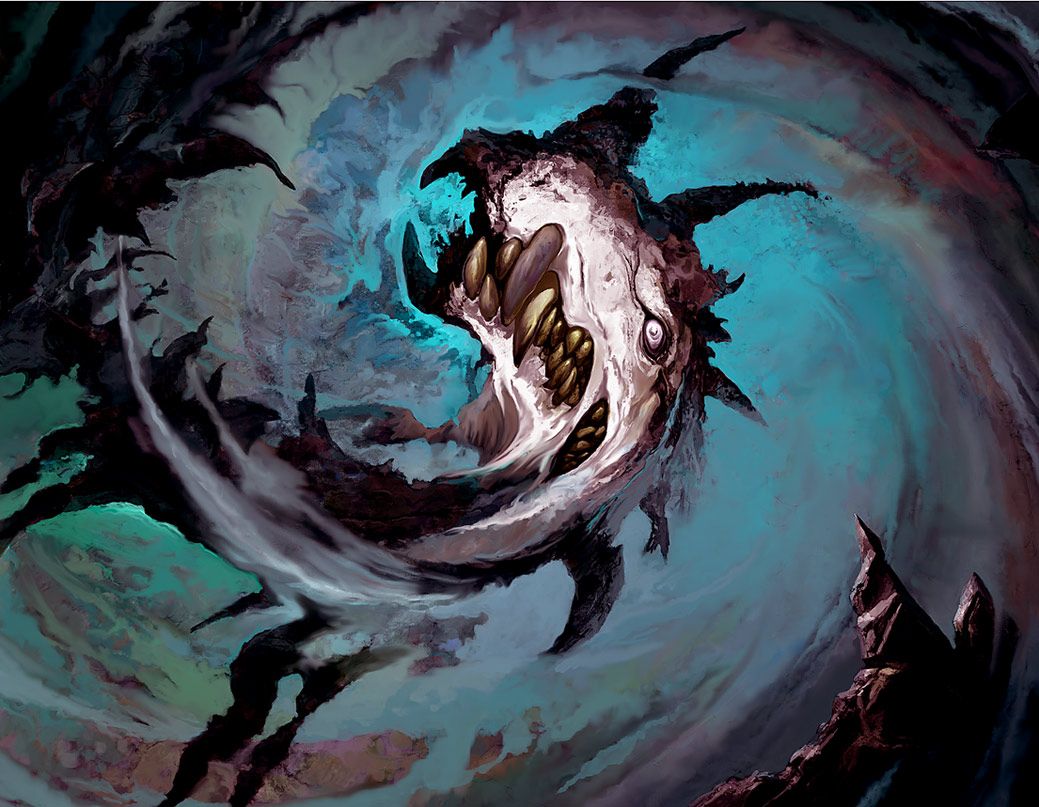 Longtime Cardsphere user Wesley Mauk has started up a team to donate idle computer resourcers to research into defeating Cancer and COVID-19. 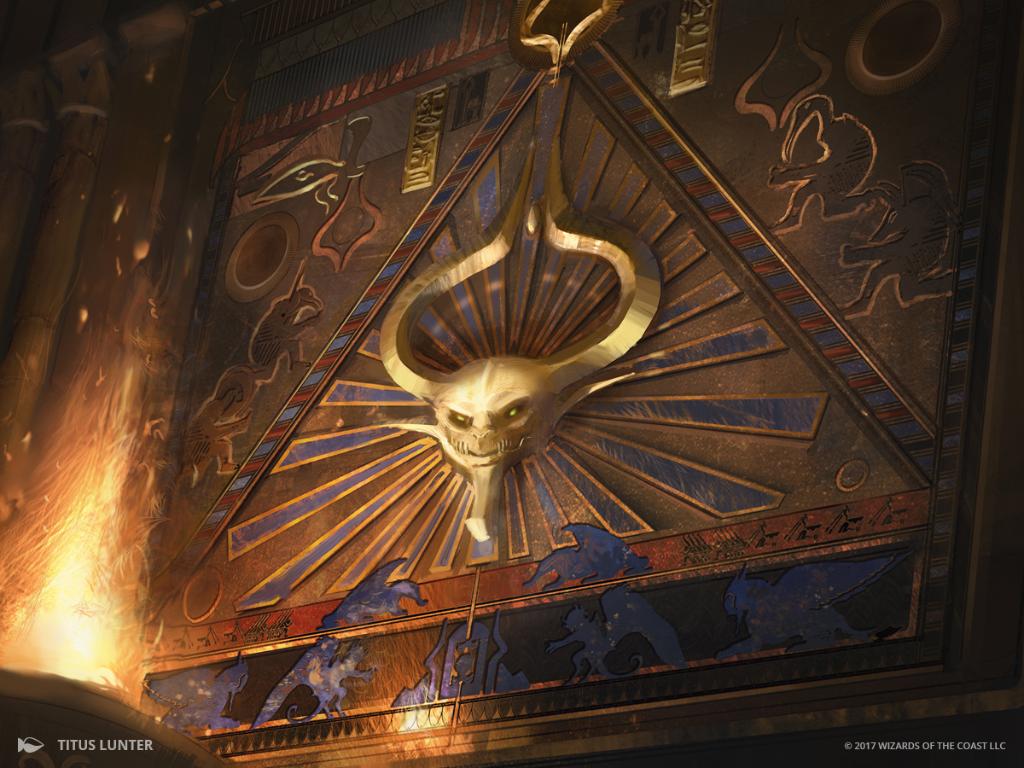 Hour of Devastation is back on MTGO, and Lord Tupperware provides all the information flashback drafters need to get going in the format.