Pick orders and “Pack 1 Pick 1” of a draft are some of the most common limited content out there. Ranking all of the cards in a vacuum is an exercise that’s important for being able to make your first few picks and to understand how to read signals as the draft progresses. But the more cards you draft the more those pick orders fluctuate based on your deck’s gameplan and what spots along the curve need to be filled. I often talk about breaking up the first pack into three sections: Picks 1-3, 4-8, and 9+. Picks 1-3 are where you often will make picks purely off of your evaluation of each card individually, but once you get to the middle of the pack, pick orders become much more fluid. Today I’m going to walk you through some “Pack 1 Pick 4” scenarios and show you how I make my decisions as I navigate the first pack of a draft.

By all accounts, Searing Barrage is the strongest card in this pack. Beyond that I’d say Charmed Sleep and then maybe even Frogify are second and third. But the cards that we’ve drafted already are going to strongly dictate what I take here. Both Syr Konrad, the Grim and Revenge of Ravens are incredibly powerful cards in black and I’d like to hang on to them if it all possible. Malevolent Noble, while unexciting, is perfectly playable and I think the correct pick here to keep the power level of the two black cards already picked. Searing Barrage is tempting with Scorching Dragonfire as our first pick, but I really would prefer to not start a draft with two red cards and two black cards. I feel like that locks in my color pair too early and leaves me less flexible for the rest of the draft. For all of those reasons, my pick here is Malevolent Noble.

Holy red cards Batman! Brimstone Trebuchet, Rimrock Knight // Boulder Rush, and Searing Barrage would all be fantastic pickups for the low to the ground aggro deck we’ve got started here. Searing Barrage may seem temping, but we've already got two removal spells in our pile. Beyond that, taking a 5 CMC card this early is not ideal for these low to the ground red decks and I think Rimrock Knight is just generally a better card in that kind of deck . However, Grumgully, the Generous is one of my favorite cards these days. And 4th pick here could very well be a signal.

Between the higher upside of Grumgully and the guarantee at this point that Rimrock Knight makes my deck, I opted for the Knight here. There were two reasons for this. While I have a high opinion of Grumgully, that may not be shared by my table mates. It also may mean that while Gruul is open, green may not be. Rimrock Knight is less powerful, but keeps me open to be mono red, Boros Knights, Rakdos Knights, and even Gruul beatdown (which actually happened as Grumgully wheeled out of this pack. I know, streamer luck.)

This is one of my favorite ways to start a draft. Powerful card into powerful card into flexible card. And then there’s this pack. Nothing of particularly high power level and nothing that goes particularly well with any of our first three picks. We could take Didn’t Say Please to pair with our Gadwick, the Wizened. Run Away Together is another option (that pairs INCREDIBLY well with Gadwick), but is not a card I generally want multiples of in my blue decks so I would favor the counterspell here between the two blue cards. The only green card worth considering is Wildwood Tracker. While this card doesn’t pair well with Trail of Crumbs (one card wants to be very aggressive, the other wants to grind out value all game), it is a card I like to speculate on early in case the hyper aggro green deck is open. The last option here is Doom Foretold.

I wrote about this card in my last article and we’ve already got two cards that go nicely with it in Trail of Crumbs and Sorcerer’s Broom. Doom Foretold wants cards that help you break the symmetry. With Trail of Crumbs, you’ve got a permanent that replaces itself and can eventually be sacrificed to Doom Foretold down the line. Similarly, Doom Foretold gives you free sacrifice triggers to make multiple Brooms leaving you with the initial copy that can be sacrificed to the card itself. I think any of those three options are defensible. As a surprise to no one, I’d go with the spicy rare.

Starting off with two great blue cards and a colorless card is another of my favorite ways to begin a draft in this format. This pack, unfortunately, doesn’t give us a lot to work with in terms of our first three picks. As far as raw power level, I think Ardenvale Tactician // Dizzying Swoop is both the best common in the pack and the best white card in the pack. Seeing it and Syr Alin, the Lion’s Claw still here with a rare and two commons missing makes me think this is a white signal for sure. Oakhame Adversary is another card I like quite a bit and think is somewhat of a signal, though it being the only green card of note could mean that someone took Outmuscle or Fierce Witchstalker over it. And last, but certainly not least, a card that I think is severely underrated, we have Shambling Suit as a colorless option. This lets us delay the decision of what our second (or potentially even our first) color is. Blue has inherent artifact synergies as well, but even if we end up in green or black, food tokens can help make the suit a formidable body. I think it’s close between Tactician and Suit here, but with the good blue start we have and the option to abandon ship and still have two colorless cards going forward, I landed on Shambling Suit.

Are you starting to see a pattern here? It seems like a lot of my drafts start off with either all three cards working together or all three cards being powerful but inconsistent. Here we have a flexible first pick in Fabled Passage followed by two archetype payoffs in Improbable Alliance and Worthy Knight. And pack 4 presents us with a number of options, which I’m going to narrow down to three choices. Of the commons, Scalding Cauldron seems like the best option. It’s colorless and the first copy is likely to make the final cut in any deck I draft. I’m much lower on this card than I was a couple months ago and as a result would not be excited to pick it up here. That brings me to the uncommons where I see Ferocity of the Wilds and Order of Midnight // Alter Fate. Ferocity pairs very nicely with Improbable Alliance. I really value Ferocity or Heraldic Banner in the Izzet Draw Two deck since doubling the attack power of your 1/1 Faeries or Rats can be quite potent, especially against that pesky Revenge of Ravens. However, I’d rather not commit so early to being two colors. Taking Order of Midnight keeps a lot of options open for me. It not only goes great with my Worthy Knight, but can pair well with any other color if black is open but white isn’t. Order of Midnight is both powerful and flexible in terms of what it affords me for the rest of the draft, and as a result is my pick for this pack.

Well there you have it! Even two months into this format I’m finding incredibly close decisions draft after draft, which is one of the many reasons this format has such staying power for me. Where did you land on these picks? And what tough choices have you made in the middle of pack 1? Let me know on twitter! And, as always, happy drafting! 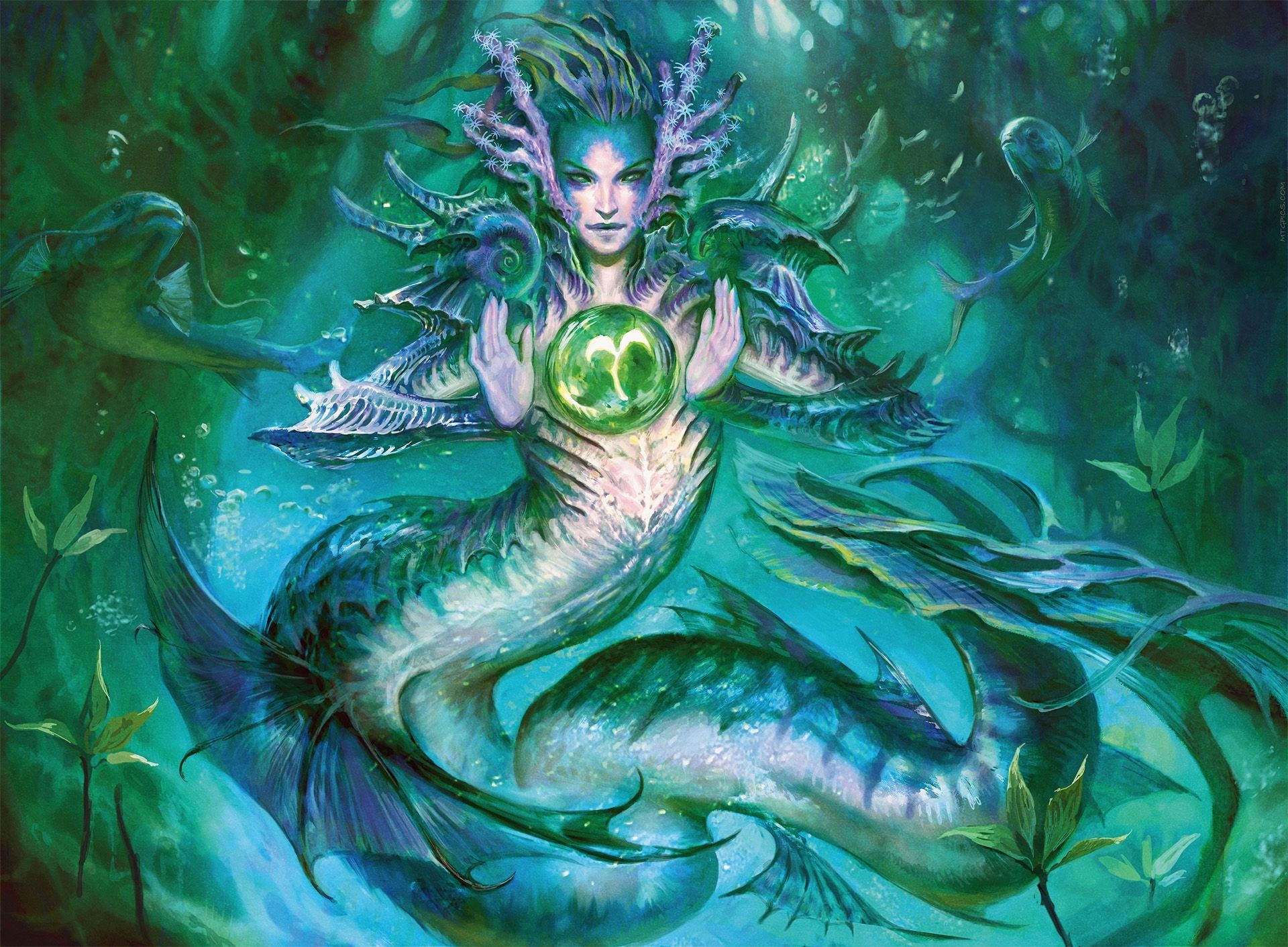 One of the major complaints about Magic: the Gathering is the cost.  With Commander/EDH being an eternal format, it can be somewhat less expensive than chasing rotating Standard, but with the depth 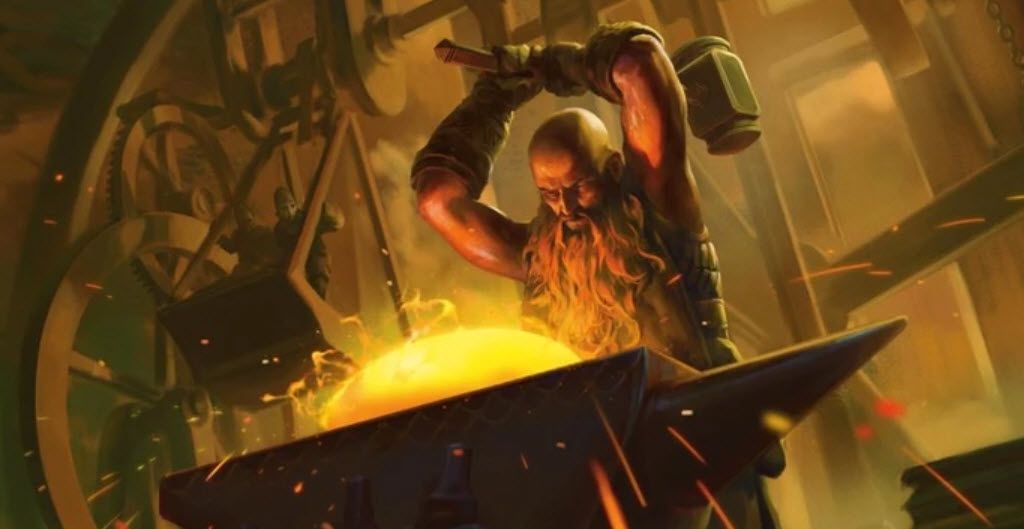 Darrin Keener pours some gas on the Fires with these two spicy decks for the post-ban Standard.