It’s the eve of MagicFest Las Vegas. I’m about to embark on a four day long Magic-palooza and I couldn’t be more excited. I’m foregoing the stress of the Modern Horizons Main Event in favor of a more social weekend full of side events, team drafts, and my personal favorite, cube. The unique design of recent MTGO cubes like the Khans Expansion Cube and the upcoming Grixis Cube got me thinking about my own cube. I don’t have much occasion to play it these days, but I know I’ll be able to fire some drafts with it this weekend, so I decided to dust off the cobwebs since I last updated it after Dominaria and see how it looked.

A bit about my cube. It's entirely proxied, which makes updating it easy if you don’t mind spending an afternoon with some scissors and card sleeves. It is only 360 cards. I chose this number because I like the idea of knowing you’ll see all the cards in an 8 person draft. Also, my primary way of playing this cube is one-vs-one Winston draft. Since you’ll see less than a third of the cards if you draft this way, I kept the total number small so that certain strategies or archetypes weren’t diluted. It is also unpowered.

It was also unexciting when I looked through it. Over the years of updates and revisions, it had lost an identity. I liked that somewhere along the way I reduced the number of planeswalkers (one of each color, a few multicolored, a couple of Karns, and an Ugin) and that I steered away from purely aggressive strategies (primarily because these decks are so hard to come together in a heads-up Winston draft), but beyond that the cube as a whole felt unfocused. Pet cards of mine like Jeskai Ascendancy, Trading Post and Smokestack were sprinkled throughout but weren’t really supported. Which got me thinking. “It’s my cube. Why don’t I just fill it with my favorite cards and strategies?”

And so the redesign process began!

The first thing I realized was that creature based strategies are the things I enjoy playing the most in cube. Birthing Pod, Recurring Nightmare, Sneak Attack, the aforementioned “pet cards”, and more all thrive on value oriented, ETB-triggering creatures. I also thought about some of my favorite archetypes from standard draft sets in the past few years. Golgari Loops from M20, Dimir Control from WAR, Izzet spells from HOU, and Azorius Blink from MH1 were all identities for those color pairs that I was interested in exploring in my own cube. And I figured if you can look to the multicolored cards in a regular set as clues for what that color pair is doing that the same should be true here.

In my cube there are four slots for cards of each of the 10 color pairs. This was where the biggest overhaul came in my redesign: I replaced 31 of the 40 cards in this update. It’s not that these cards were bad, they just weren’t cohesive. Maelstrom Pulse, Vraska the Unseen, and Abrupt Decay are all cards you would find in most legacy cubes, but they don’t really give you an idea of how your Golgari deck should look. I wanted to make things more focused. Grim Flayer, Glowspore Shaman, and Meren of Clan Nel Toth all work towards either filling up the graveyard or using the graveyard as a resource, as well as playing nicely with a lot of the fun buildarounds in that color pair like Birthing Pod and Recurring Nightmare.

I applied this same mentality to the other color pairs. Gruul was sort of an afterthought in the previous iteration of the cube. Bloodbraid Elf, Huntmaster of the Fells, and Dragonlord Atarka are all good cards, but the cube as a whole didn’t really support a RG midrange strategy. Instead, I took a page out of Modern Horizons and decided to shift Gruul to a “lands in the graveyard” deck. Wrenn and Six, Reap the Past, and Living Twister were all snap includes. Green cards like Elvish Reclaimer, Satyr Wayfinder, and Springbloom Druid had overlap with both Golgari and Gruul. Crucible of Worlds and Ramunap Excavator also came in to add some redundancy of recurring lands which paired well with the fetchlands, Evolving Wilds, and, yes, Strip Mine.

I moved Rakdos from its suite of generic good removal towards a true sacrifice deck. Judith, the Scourge Diva and Mayhem Devil gave RB a clear direction. Goblin Bombardment was already one of my favorite cube cards, so I went all in with Vampiric Rites, Mask of Immolation, and Viscera Seer. Bitterblossom, Krenko, Tin Street Kingpin, Legion Warboss, Midnight Reaper, Reassembling Skeleton, Ophiomancer and so much more all combine to make this a very potent strategy.

With such a strong token theme in Red, it felt natural for Boros to be focused in that direction as well. Heroic Reinforcements and Assemble the Legion came in to complement the amount of tokens that white was already bringing to the table. Gideon, Ally of Zendikar, Brimaz, King of Oreskos, Emeria Angel, and Hero of Bladehold were staples of my cube that I wanted to keep in the rotation. This token theme spilled over to Selesnya as well, which was another color pair that felt like an afterthought in previous versions. I brought in Trostani Discordant and March of the Multitudes to help deepen the token theme Green already had with cards like Deranged Hermit, Avenger of Zendikar, and Awakening Zone. After Boros and Selesnya, I stretched White to two other roles with Azorius Blink and Orzhov Lifegain.

Two of my favorite cards from recent limited formats are Bolas’s Citadel and Lich’s Mastery. Big, bad six-drops with the same engines to make them work: lifegain. To support these cards, I went deep with cards that cared about gaining life or that gained life themselves. Regal Bloodlord and Sorin, Vengeful Bloodlord stepped up to the plate at the multicolored level. In the ranks of black and white individually I brought in the likes of Rhox Faithmender, Survival Cache, Whip of Erebos, and even Soulmender. The tokens from white also complemented the three sacrifice payoffs in black that gain life: Blood Artist, Zulaport Cutthroat, and Falkenrath Noble. As each color pair came into place, I was seeing all the different ways that they overlapped, which made me extremely excited.

I moved Azorius away from a generic control deck to a deck more focused on ETB Creatures. Soulherder was the obvious headliner for this, backed up by a slew of tempo creatures like Reflector Mage, Man-o’-war, and Venser, Shaper Savant and value creatures like Reveillark, Watcher for Tomorrow and Blade Splicer. (I even threw in Portal of Sanctuary to see if it could have a home here.) And this also allowed for one of my all-time favorite planeswalkers to really shine: Venser, the Sojourner.

Rounding out the cube are the remaining three blue color pairs. As is the case in most cubes, blue was the most powerful color. Cheap counterspells, cantrips, card draw, and Control Magic effects make blue incredibly desirable. Since the cube was taking a turn for more creature-based strategies, I decided to knock blue down a few pegs in order to have it fit in with the rest. Izzet is the only exception as I just couldn’t find a strong identity for it other than Spells Matter as I looked to powerful cards like Crackling Drake and Expansion // Explosion. I threw in some of my old favorites like The Mirari Conjecture and Sunbird’s Invocation to go along with cube staples like Young Pyromancer and Snapcaster Mage.

Simic allowed me to add two very Tupperware cards in Tatyova, Benthic Druid (a card I find almost impossible to pass in DOM drafts) and Prime Speaker Vannifar, (a second copy of Birthing Pod!) Hydroid Krasis and Coiling Oracle filled out the other two slots, giving Simic a broad identity of ramp and card draw, but synergizing with other colors in having value ETB creatures.

Lastly, Dimir went from having a weak reanimator sub theme to becoming the go to control deck for my cube. Disruption and reaction is the name of the game here for UB. Hostage Taker, Thief of Sanity, and Rona, Disciple of Gix take the lead backed up by blue’s countermagic, and black’s incredible removal suite. This is the color pair I’d most like to continue refining, as control feels like a bit of a copout, but I’m happy with it for now.

The revision of the gold cards gave me a clear idea for the direction of the rest of the cube. Some broad changes I made included reducing the number of sweepers (I didn’t want to punish all of the creatures strategies) removing some game warping cards like Upheaval, Pack Rat, and Opposition (I left in Balance because it’s my all-time favorite) and lowering the power level of the cube overall. And I think that’s a good thing. I prefer when people get rewarded for going deep on a strategy and building a deck with a ton of synergies that they get to see play out in each game. What are some of your own personal favorite archetypes or strategies for cube? Or, better yet, a design for a cube that we haven’t seen on MTGO yet? Message me on twitter! And, as always, happy drafting! 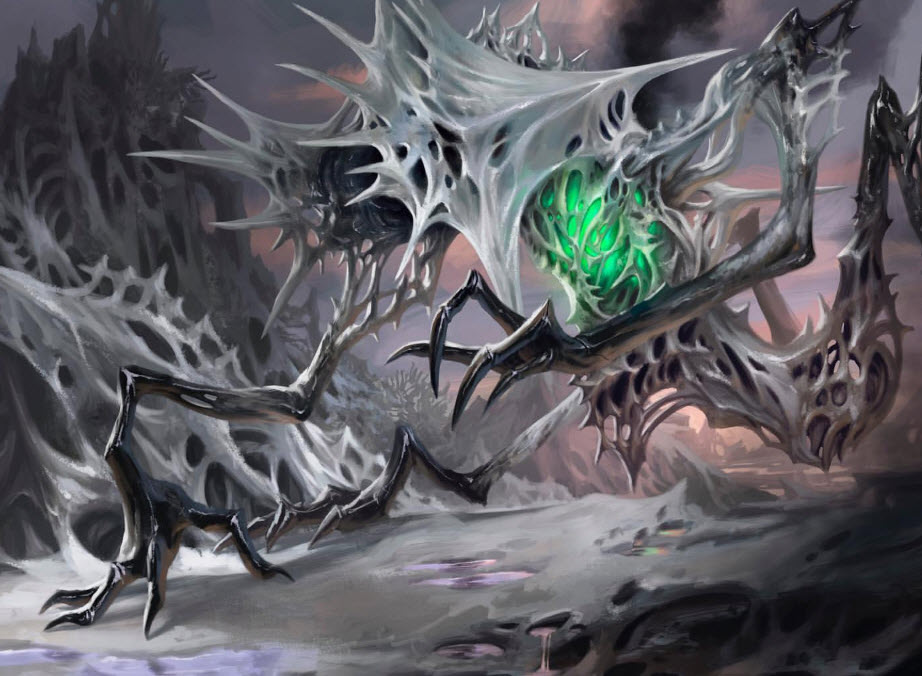 Darin Keener's playing Field of the Dead without Scapeshift. Check out where this amazing card's going post-rotation! 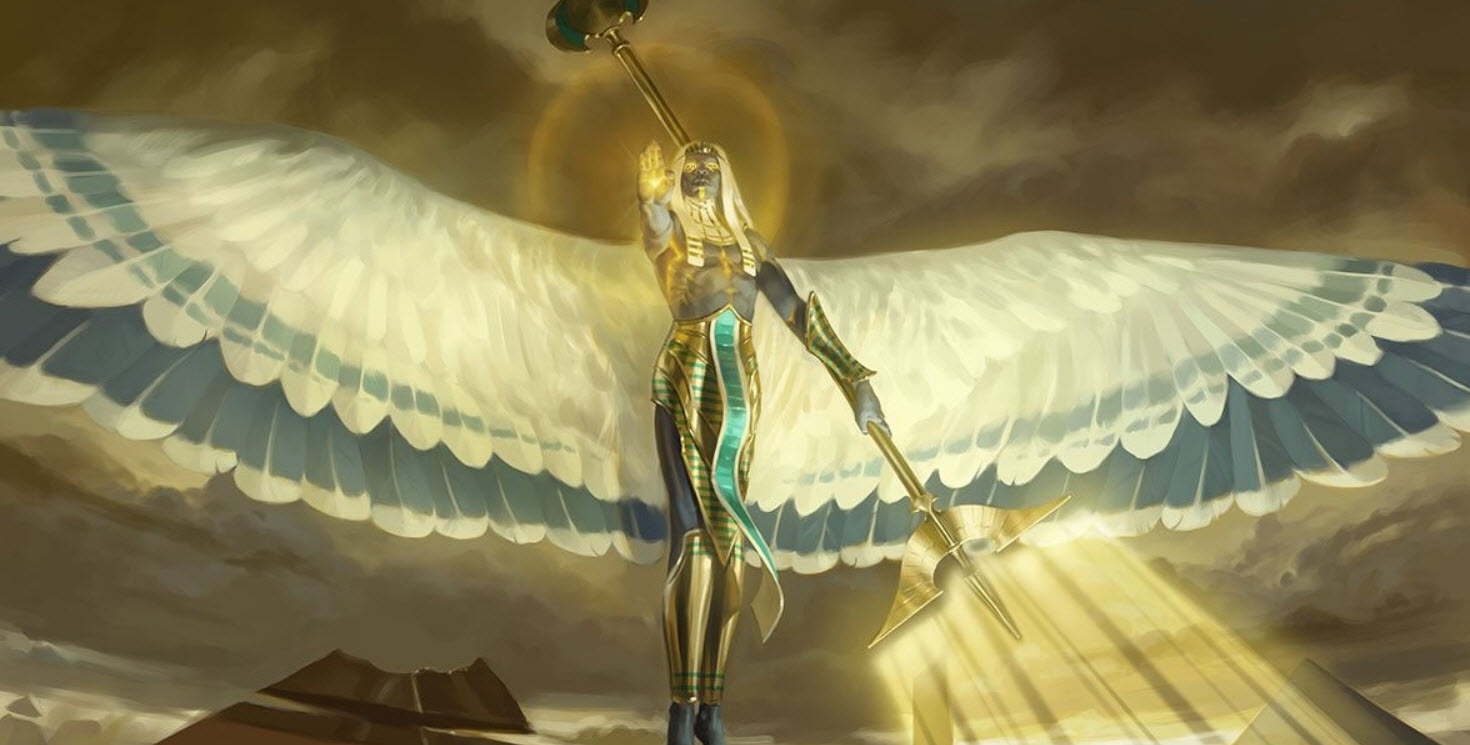 Change is coming to the Judge program. How welcome will it be? Paupertastic stops by to provide some history and an update on where we're going.

Trading Posts
—
Designing a Cube to Fit in Tupperware
Share this