I've made it a running theme over my past few articles about how Standard desperately needs a new set to release and shake up the format and get rid of that stale basement smell. Lord knows that I've tried to find something interesting going on in it, and there's just nothing. I even went back to tried-and-true staples like mono-green Stompy to see if once-great decks could be made good again, and there's just nothing. 3Feri here, Dream Trawler there, insert-random-Elder-Giant here, GG. There are even decks that have branched into four and sometimes even five colors in order to play all the broken Mythics and call it a deck, and honestly... that deck isn't bad.

In the paraphrased words of the Joker (the original one, before he got moody and started writing Tumblr poetry), "This format needs an enema". And, in theory, one is on the way. Previews for Ikoria begin on April 2, and barring some sort of release delay we'll have a bunch of new cards to consider. However, at this point we don't have much to go on beyond a VERY cryptic MaRo post providing a ton of random clues as to what's in the set, and the announcement of an ebook that's going to be released (sidenote: regardless of what you think of the quality of fiction, maybe don't try to harass the writer of said fiction if you don't like every bit of the fiction because that's a really good way to ensure that no author worth anything will ever agree to write your fiction in the future, K?).

So you know what that means? RANDOM SPECULATION GO!

Seriously, there are a couple of things that I'm hoping to see in this set, both for my personal happiness as well as the good of the format.And  while I'm not positive as to whether both are even possible, they're worth a try. So let's see what we can come up with!

A Reasonable Answer to Dream Trawler

It's frustrating that the most broken card in the new set does absolutely everything that the slowest decks in the format want to do. A card that comes down at the top of the curve, makes itself have hexproof without spending mana, and supplies itself with the cards it needs to keep hexproof just by attacking. Beyond board wipes and Polukranos, Unchained, there isn't much that works against it.

I don't know what would exactly make Dream Trawler worse. I don't think another board wipe would do it, because there are several decent ones in the format right now and all of the Trawler decks will happily play it (this seems to be a recurring theme, by the way... the counters to most of the best cards fit nicely into the decks that play them).

But what if there were a hexproof hatebear? To my knowledge, I cannot think that one has ever been printed. Various people associated with Wizards have talked about hexproof being a dangerous and oft-broken mechanic, so what if you could design a card that turned off hexproof in the game period? Something like...

Eidolon of Vulnerability (2): 2/1, Creatures your opponents control with hexproof can be the targets of spells and abilities you control as though they didn't have hexproof.  3, sac EoV: Destroy target creature that has the word "hexproof" as part of the text. "The wild knows no favoritism. Everything can be killed by something stronger." --Vivien Reid.

(Please note: I am not a card designer, nor do I want to be. I'm just spitballing here.)

It turns out that this effect is something that hasn't had much of a need in any format to this point. Glaring Spotlight was printed once, but I'm not sure that it fits the Ikoria flavor so it might be necessary to end up on a body. Shadowspear has this ability on an artifact, and maybe it's the simple answer (but I feel like it probably isn't because of the cost). Pharika's Libation might be an answer if you're running black and trying to face a tapped-out control deck, but if it were a great answer, I think more people would be sideboarding it beyond a percentage of Rakdos Aristocrats.

As part of MaRo's teaser, he promised "a cycle that players have been asking us to make for over ten years". This may be the part of the teaser that has been the mostly hotly-debated in the community. I've been wracking my brain over it myself because I love cycles and I especially love older cycles that may have been forgotten or incomplete. So I have a couple of suggestions for cycles, and they're both land cycles.

While the mana in Standard is pretty good with both the temples and the shocklands, we're going to lose the shocks with rotation, so there's reason to believe that a land cycle should be coming pretty soon. I also can't imagine that we're going to get fetchlands in Standard with the recent Secret Lair announcement and a notice that they're going to show up in "another product" very soon. So I've got one suggestion for each half of the community. One that provides powerful and valuable lands into Standard, and one that's a flavorful and interesting land type that wouldn't change the mana power level.

My first suggestion is the four unprinted allied canopy lands. The printing last year of Nurturing Peatland, Fiery Islet, and the like was a boon to Modern players everywhere, and FINALLY started to lower the price of Horizon Canopy to a more reasonable place. But even in the midst of a recent increase in cost of the enemy canopy lands, Horizon Canopy is still the most expensive of the bunch in papers and there's still demand for it. So why not reprint it into Ikoria, and include the four missing canopy lands in allied colors that have never been printed (UW, UB, BR, RG)? They would immediately be the most popular cards in Standard (even more than the shocklands). However, I worry about the power levels. Since I was just complaining about 4- and 5-color All Mythics decks, I fear this would make that situation even worse. You would have a very easy way to splash an extra color for that one power card you wanted to play, and a way to cash in the land for another card once you've played it in the late game. So while I would be really hyped to see it, I'm not betting on it.

My second suggestion is the completion of a cycle that had exactly one card printed for it. The card sees no play outside of commander and very recently a couple of Modern decks. However, the card is so flavorful and so balanced (and adds an added degree of strategy to the game) that I don't think it could be broken and would still see a great deal of Standard play today and ESPECIALLY at the next rotation.

World, if you've forgotten, let me introduce River of Tears.

I love this card so very much. It's the essence of what makes Magic such a great game. It's incredibly flavorful in its mechanics. It has beautiful art, and its flavor text matches the card perfectly. It describes a place I want to know more about. And it adds a degree of thought to the game that wouldn't exist before: yes, you can have both colors but ONLY according to how you do another action in the game. You could print the cycle of the other four (or nine depending on how ambitious you are) and tell all sorts of stories about places in Ikoria that may or may not get fleshed out in the e-book. I fear that they might be a bit underpowered – the ability to bring them in untapped isn't as good when you only get one color on that turn, and they might be weaker than the temple cycle, but they're INTERESTING and sometimes that should be enough.

There are certainly other things that could be inferred from MaRo's post... I'm definitely here for both the Elemental Otter and the Nightmare Squirrel, but what are you thinking? I hope in this time when the most basic parts of life are rough that the previews that begin on April 2 provide a bit of light and excitement into the game that we all love.

And as always... drive friendly (but only to essential locations)! 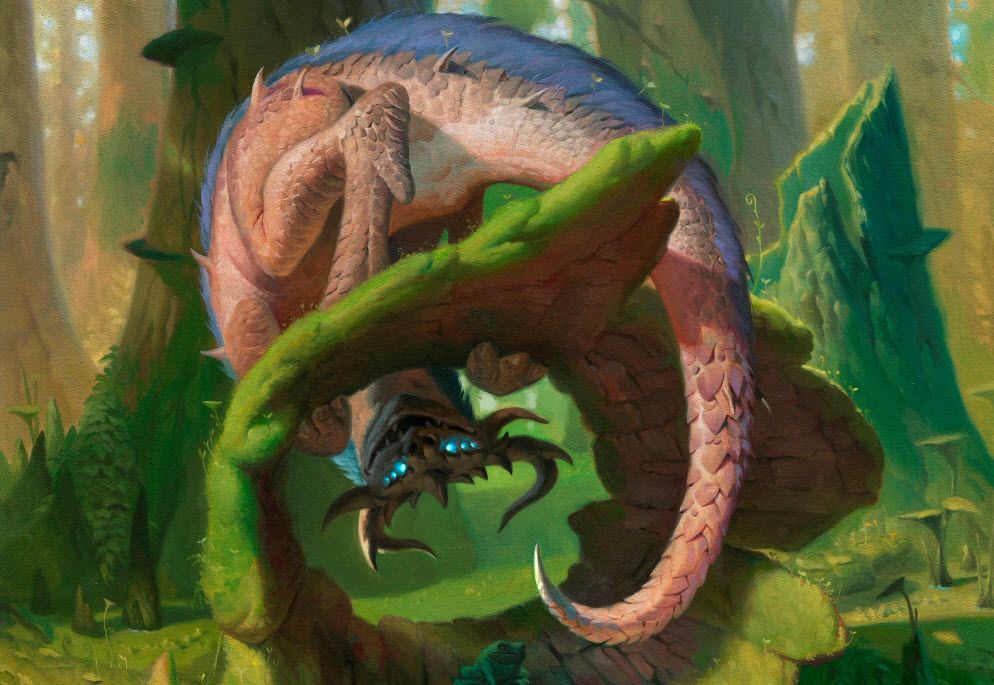 Elizabeth Rice drops her first impressions about the new Commanders from Ikoria. 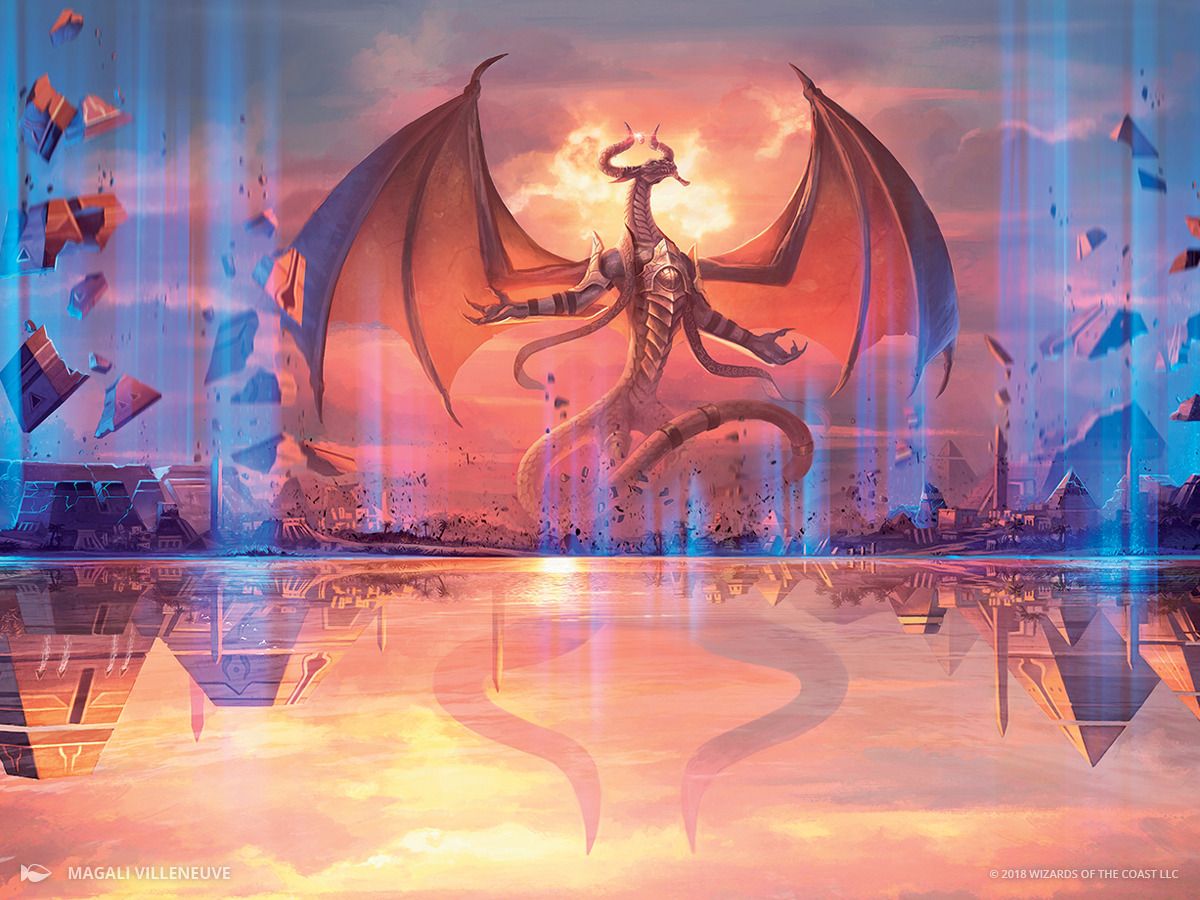 In this troubling time, some people are going to be selling out of paper in whole or in part. Cliff Daigle has before, and explains what happens next.