We’ve gotten a lot of sets this year, and worst of all, these are sets that a lot of us didn’t get to play with in paper. The pandemic has forced a lot of stores to close, suspend operations, switch to buying/selling only, or other disruptions in the smooth and friendly LGS model we are used to.

These sets were designed for how Magic was played pre-pandemic, with a strong focus on Limited, and offered a great set of experiences that we didn’t get to have. Consider this timeline that I’m starting right before the March lockdowns in the USA, which is not the only metric but it’s also when MagicFest events started getting cancelled.

Mystery Booster: Retail Edition came out in March, with 121 foils that weren’t available through the Convention Edition, but with stores closed, there hasn’t been much chance to get into that product. MB: Retail has some amazingly underpriced foils, given how little of that product we were able to open.

The 2020 edition of Challenger Decks was released in March, but with paper play shutting down, there wasn’t a huge demand for the Standard cards contained in there.

Ikoria: Lair of Behemoths was released in April, but almost no one had a chance to draft it in person. Collector boosters were bought in good numbers, and the Commander-focused singles sell briskly, but the prices are all higher than they would be if stores were open.

Commander 2020 came out in that same month, and did very well, with people eagerly snapping up new legends and building new decks.

Chandra’s Signature Spellbook landed in June, and did okay. Chandra’s Incinerator is awfully intriguing for Modern Burn, able to land a 6/6 trample on turn 2 given a Rift Bolt and some other Bolt first.

Core 2021 was released in July, with Collector Boosters being a great seller but the regular packs sitting in stores, unable to be drafted. So many showcase frames and foils, going unopened and unloved.

Jumpstart followed two weeks later, a format expressly designed to take up the downtime between rounds with a quick, easy, semi-random Limited format. Meant for MagicFests and bigger game stores, it promised a ‘buy two packs, have a great time’ format that almost no one has played in person.

Double Masters was here in August, with a double-draft format that looks like it would have been crazy fun in person, given the values of the cards involved. Wizards was able to print a larger supply of VIP product as compared to Draft Boosters, which means that some Box Toppers are rarer in nonfoil than they are in foil. The prices have normalized so that I can’t find a nonfoil Box Topper that is more expensive than the foil, but some are neck and neck.

I’ve left out all of the Secret Lair drops that have happened, mainly because people could buy as much of that as they wanted. Delays are rampant, though, with some of the Secret Lairs being delayed for several months. The SLs are relevant from a collector and finance perspective, but they are just one more form of reprints, this time sold directly to the consumer.

On the horizon, we’ve got Zendikar Rising, which will somehow boost the number of fetchlands in circulation, as well as introducing us to the Set Booster and the curated list of cards which can appear in that booster. After that, we’ve got Commander Legends, which is meant to be drafted, and Commander Collection: Green, which is a direct-to-stores set in the model of the old From the Vaults.

That’s a ton of cards which were designed to be played in Limited games, either at stores or at MagicFests. Neither of those is happening in the largest market, the USA, and shouldn’t happen for a while here because of the ease with which the virus can spread.

My point here is that there’s several sets in a row, and more coming, that have lost their chance to shine and gain all the attention of Magic players and stores. We have lost out on a lot of cards that would have been opened otherwise, and prices are going to reflect that. Jumpstart’s exclusives were hot as can be, including a mythic Swamp going for more than $30 but is now cooled off to $20.

Right now, for a lot of sets, we’re in a lull and prices are cooling ever so slowly. Now is the time to pick up the cards that have been printed lately while they are cheap, but focus on the sets that were meant to be drafted, like Jumpstart or Mystery Booster Retail. Commander Legends is really going to be the flagbearer for this, presuming that stores aren’t widely open by the time it’s out.

One more wrinkle to consider when planning purchases: I firmly believe that Europe and Asia will get MagicFests back before North America does. Generally speaking, those regions are less Commander-focused, while America is much much bigger on the 100-card format. It’s possible that we’ll see foreign buylists and vendors get back in the groove before the U.S. does, and you should be ready to dive in on things like that. Sure, overseas shipping can be expensive and takes a while, but if you’re getting in at the right price, there you go.

And if you’re in Europe or Asia as things start to take off, you’re in a prime position to really make some gains. Don’t be afraid to increase your margins on sends, and wait for desperate Americans to give those prices.

It will really feel like cheating if there’s a MF Brussels, and you’re able to go and play a bunch of Jumpstart, then bring those cards home and send them out on Cardsphere. I imagine you’d list them at delightful margins to American players who haven’t been able to go to their store in six months and are desperate to get these new cards. I’d be grateful to get the overseas sends on their way, even if it’s costing me a bit more than I’d hoped for. 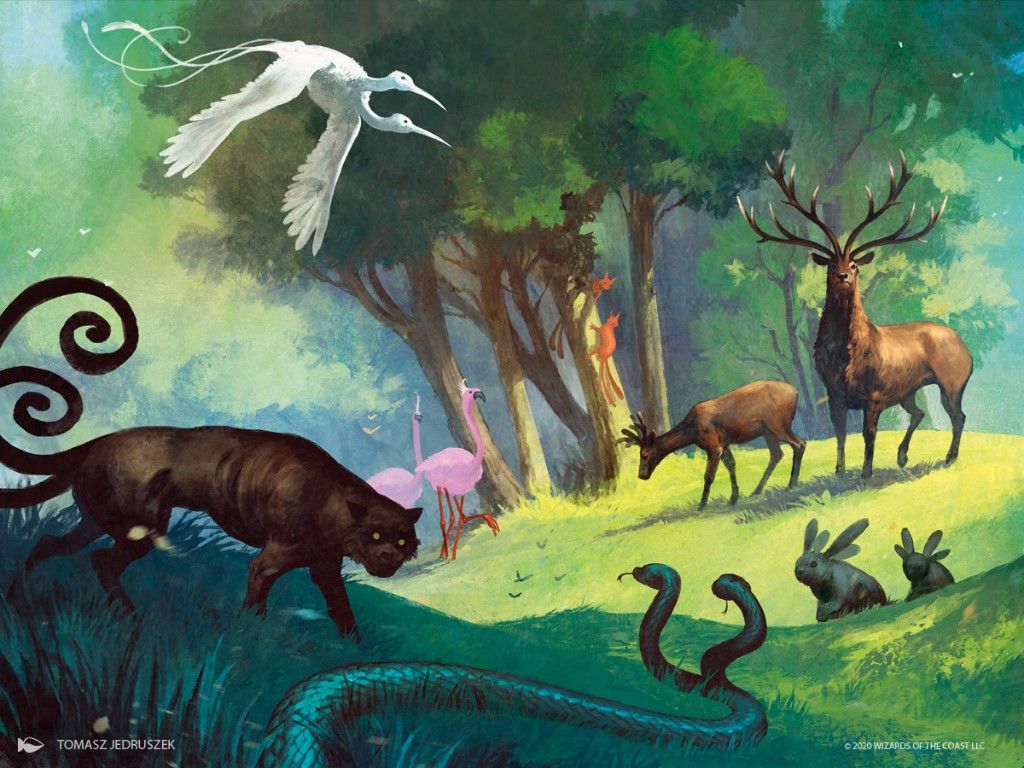 Cody Collins talks about recreating or expanding upon the Jumpstart experience with a cube made from mashable packs. 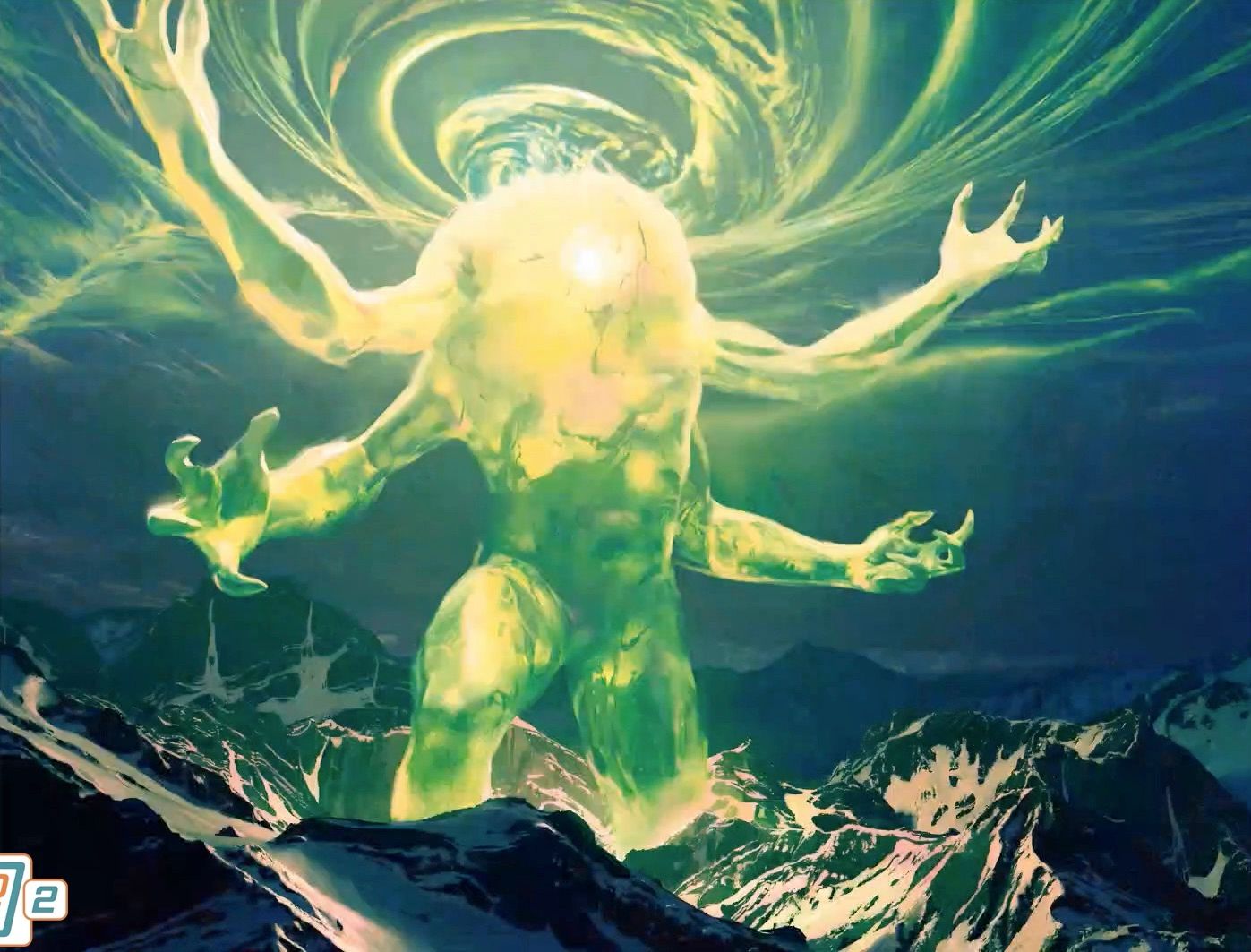 Elizabeth Rice takes us through the reveals for Commander Collection: Green.