As I'm nervously preparing for this small paper Pioneer tournament, I keep going back and forth between my two deck choices of Jeskai Ascendancy combo and Niv to Light. I start asking myself if I still have it. Do I still have the ability to play paper the same way I did before the pandemic started? As I check in for the tournament, I see some old and new faces. My nerves begin to calm and that same carefree but tournament mindset returns.

Before I start breaking down the rounds I want to share the list I played for the event.

My round one opponent was on Izzet Phoenix and from what I recall, the match was definitely favored for me. I kept a solid opening seven for game one that had Sylvan Caryatid's, some lands, Slaughter Games and a Bring to Light. The game was kinda short per se and was definitely made easier once I resolved Slaughter Games naming Arclight Phoenix. However, in hindsight I should have named Crackling Drake since I had fewer answers to it and it can kill a Niv in combat.

Once Niv-Mizzet Reborn hit the table the writing was on the wall and we were on to game two . I approached it a bit more cautiously, expecting they'd bring in counter magic, which I also did to fight over important spells. Early on I baited out my opponent's Mystical Dispute with a Klothys, God of Destiny and countered the dispute. This led me to play Slaughter Games naming Arclight Phoenix again and slamming out a Niv-Mizzet Reborn to close the match.

Turns out multiple Klothys, God of Destiny triggers and two swings from a Niv-Mizzet Reborn usually does the trick.

Rounds two and three were the playing against Bant Spirits. My round two opponent got under me during the first two games, taking the win. Round three I caught my opponent slipping in game one and made them pay for it pretty hard. They overextended on the board and I played Bring to Light going for a Shadows' Verdict to clean up the board with ease.

My round two opponent went on the play in game two, but got stuck on two lands for a while, letting me resolve Tolsimir, Friend to Wolves. I found a Bring to Light and searched for a Niv-Mizzet Reborn. My opponent failed to pay attention to what I had grabbed with Niv-Mizzet Reborn, which was another Bring to Light to search up another Shadows' verdict to clean up the board.

For the Bant Spirits match ups I boarded in Mystical Dispute and Fatal Push. I cut a bit of the top end in order to smooth the deck and cut dead cards like Slaughter Games and Valki,God of Lies. Even though it's a challenging match for the deck,  if you happen to catch them stumbling or slipping, you can definitely capitalize.

This was quicker than I expected it to be. My opponent was on GB Aggro/Midrange. Game one I played a Sylvan Caryatid on two and and three. Then went Bring to Light on turn four to search for Valki  and cast Tibalt,Cosmic Imposter.  My opponent conceded the game.

Game two played out almost exactly the same, except I played an Omnath, Locus of Creation and was allowed to untap with it. I had an Elder Gargaroth to get rid of and two lines of play from which to choose. The first was slamming out Niv-Mizzet Reborn and trying to find an answer within ten cards. The second was using the mana generated from an Omnath, Locus of Creation trigger to cast Tibalt, Cosmic Imposter minus on the Elder Gargaroth to exile it.

I chose the latter because the first line wasn't an guaranteed answer. Once again my opponent gave me the game, putting me at 3-1 for the day.

The deck has a lot of interesting lines and and decisions to make from the moment you play your first land. It's also definitely one of the harder decks to pilot in the format. Its build can take on many forms and has a variety of ways to combat a changing meta. If you enjoy a toolbox style decks, I recommend picking this deck up.

This is my first article for Cardsphere and I am looking forward to providing knowledge and insight into competitive magic across multiple constructed formats. It was great being back at an LGS playing paper, so I'd like to give a shout out to Gamer's Gauntlet!

As always be better human beings to one another, 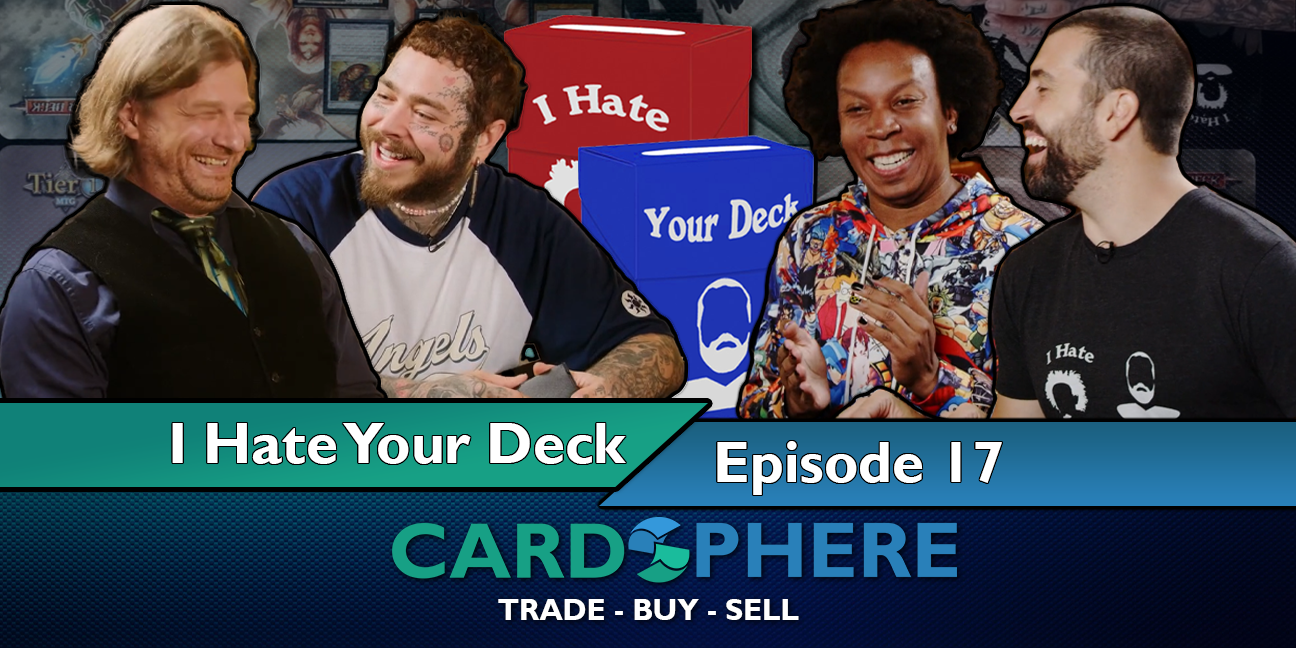 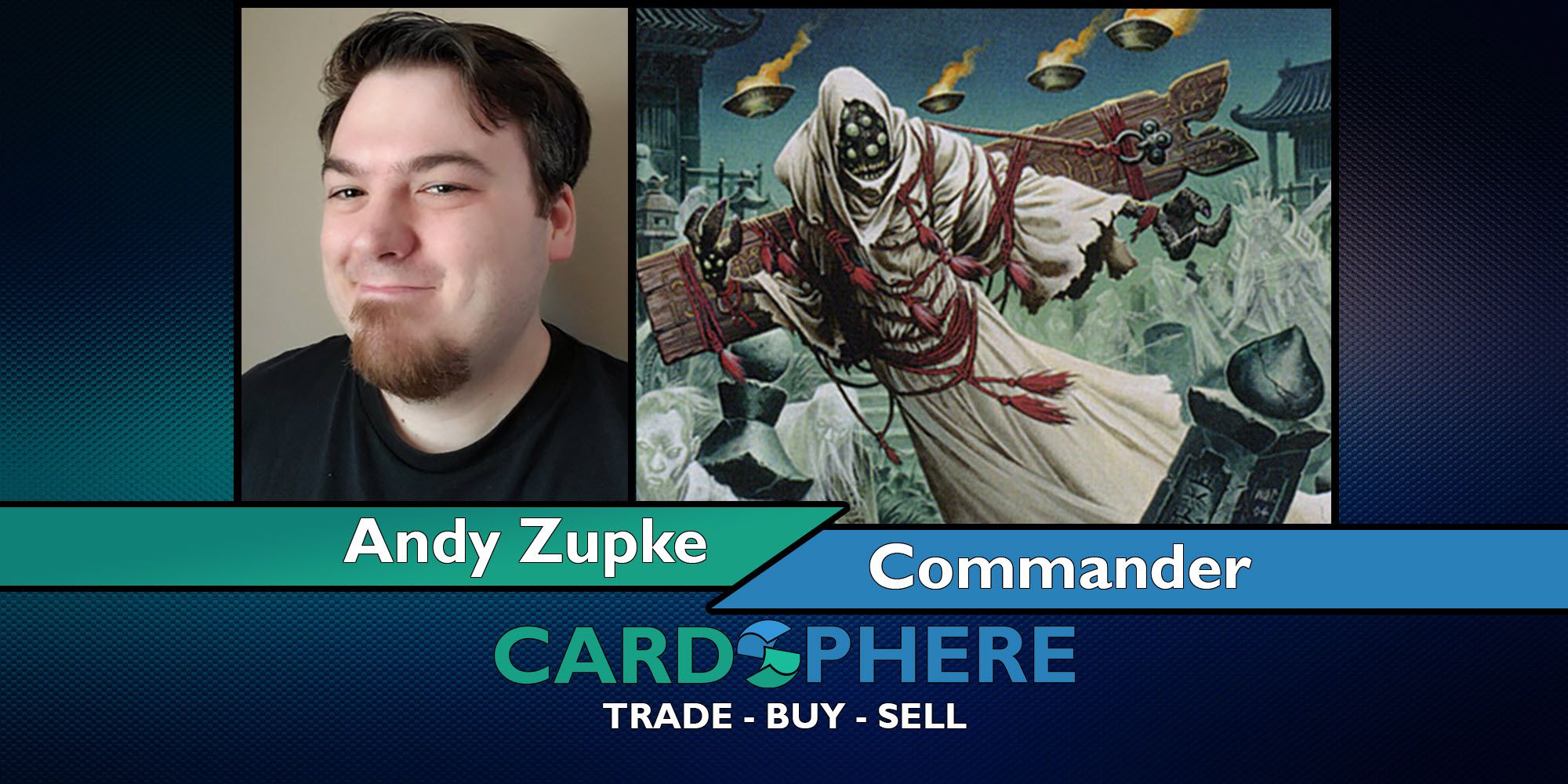 Every Commander player should have a few budget decks in their collection. Andy Zupke covers 10 strong budget commanders and pivotal cards in their 99.