This set is amazing and introduced a brand new mechanic in Companions that represents a huge shift in the fundamentals of Magic.

Generally speaking, new card types are overpowered at first. The first time they pushed planeswalkers, we got Ajani Vengeant and then Jace, the Mind Sculptor. The first set with equipment gave us Bonesplitter at common and Skullclamp at uncommon. Smuggler’s Copter was a pretty quick ban, too.

The Companions have mostly seen an uptick in price and there are different lists making the rounds. Short of a ban, or several bans, I don’t see them as getting less attention anytime soon.

The biggest thing going on with prices in Ikoria: Lair of Behemoths is that we aren’t getting the wide distribution yet, and aren’t going to until May. The ‘prerelease at home’ deals are real, but are we going to get things fulfilled in May? I want to say we will, but the virus’s effects are difficult to predict.

What we know for sure is that prices on paper Magic are in an unusual and artificial spot. Prices should be falling as we furiously open boosters of the new set... but mostly, English packs aren’t getting opened right now. The big distributors and most local stores aren’t getting packs, and don’t have employees to crack them and organize them.

So what should we expect to happen?

If you have gotten some paper copies of cards, there’s a market. The new set hasn’t gotten a lot of listings on Cardsphere yet, as people can’t go play with friends at stores and whatnot. The prices are going nuts on TCG and eBay, though, and CS users are generally too savvy to chase the tails ends of spikes.

Lurrus has made a splash in lots of formats, and in many cases, is a freeroll. Checking over at mtgtop8 (companions are currently listed as a one of your fifteen sideboard cards) it’s showing up in a wide array of Legacy and Modern decks. Modern is easy to build around, but Legacy is a surprise to me. Then again, it’s permanents and a free re-use of a Snapcaster Mage. What’s not to love?

There’s currently only 17 copies over on TCGPlayer, and none in Extended Art yet. That’s surprising until you realize the impact that COVID-19 has had on the world, and on our game in particular. We’re just not getting cards yet. Decks are rising and falling on Arena and MTGO, and there’s precious little we can do without the physical copies to interact with.

I expect that when stores reopen, there’s not going to be a lot of time left on Ikoria. We should all prepare for a very short season. Core 2021 is due June 25 online and July 3 in paper. I know Wizards doesn’t have an objection to sets being released on top of each other (See War of the Spark and Modern Horizons last year) but we’re very likely to see either a very abbreviated season with Ikoria or a couple of bumps and both Ikoria and Core 2021 having a slightly shorter season.

I think that with a reduced amount of packs being opened, the Companions are a great long-term target (presuming no bans, we’ll see about that) given their use in lots of formats. Being able to add an eighth card to your opener that doesn’t actually take up space and can’t be interacted with is very strong. If I knew what would get banned that would make the specs a lot easier, but Standard is trying all sorts of Companion decks.

Price-wise, let’s see where they are now and where they will be about the end of February, when rotation starts to make prices slide.

Gyruda, Doom of Depths ($11 currently) - There’s a lot of busted things going on in Standard, but Gyruda flipping Thassa which blinks Gyruda is high on the list of things that will get me to concede immediately. The building restriction is a real one, but workable, and Gyruda is only going to get better as other creatures with an even CMC get printed. The price will drop a little when Ikoria’s widely released but should be a stable $8 in about a year. Commander demand is going to be quite real, because it’ll be a rare Commander pod where you cast this and get nothing.

Jegantha, the Wellspring ($2) - This is about the right price for a card capable of doing some very busted things. I like free Fusion Elementals, or casting The Ur-Dragon for four generic mana, or tapping this plus Sol Ring for a Conflux. Sadly, the restriction rules out really busted cards and X spells, so it’ll never be huge in price.

Kaheera, the Orphanguard ($2) - If you want to play a creatureless control deck, this is the Companion for you. Sure, a 3/2 vigilance for three is always a good deal, and when you need the creature, you need the creature. Note that this plays extremely well with some token makers and planeswalkers. This won’t go up or down much from $2 during its life in Standard.

Keruga, the Macrosage ($1.50) - Somehow this already has listings in Extended Art, but only five. The normal version is a backbreaker in Limited and while I’m the first one to get in line for a no-two-drop deck, the Simic decks are too good with the assorted accelerators right now. Maybe at rotation it bumps a little higher, but I’m not expecting Standard growth. In Commander, though, this is an amazing card. Leave out the two-drops and you can play a five-mana creature that’ll draw you 2+ cards most of the time, and is capable of totally refilling your hand. When Ikoria rotates in 15 months, I’ll be looking to stock up.

Lurrus of the Dream-Den ($22) - I mentioned the Legacy and Modern decks, and those areas of demand are going to keep this high, but there’s got to be a price correction on an in-print rare. When Ikoria is in wider distribution, it should drop below $10, but I’m not sure how much it can recover from that. I’m staying away from buying copies for quite a while.

Lutri, the Spellchaser ($1) - Pre-banned in Commander, with the blessing of the Rules Commitee, a soon-to-be Cube staple, and a card that will be heading for bulk bins.

Obosh, the Preypiercer ($2) - Currently making a splash with sacrifice decks playing lots of Mayhem Devil and Judith, the Scourge Diva, two bucks is the right spot. It might fall a little, but doubling damage is always going to have appeal. I won’t be shocked if this is another very popular Commander card. ($8 Onslaught foils of Gratuitous Violence would be my target if Obosh takes off!)

Umori, the Collector ($1.50) - There’s going to be a creature focus here, and Meren of Clan Nel Toth is a natural home for this Companion. Don’t leave out the all-artifact decks, too! Those are going to be niche, and this card will be bulk.

Yorion, Sky Nomad ($3) - You can’t play this in Commander, so that leaves out all the long-term appeal of this card. Potentially very good in Pioneer, but other formats aren’t going to care much. I do think Yorion is going to grow until Ikoria is widely available, then it’ll take a huge hit, but a 4/5 flyer on turn five is always solid value. I think this will recover back above $5 by next February.

Zirda, the Dawnmaker ($5) - This might seem a high price to you, but a deck full of cycling and other awesome abilities cries out for this pretty hard. I’m not convinced that those decks are good enough to keep the price on an in-print rare this high, so this should fall down to the dollar range and stay there. 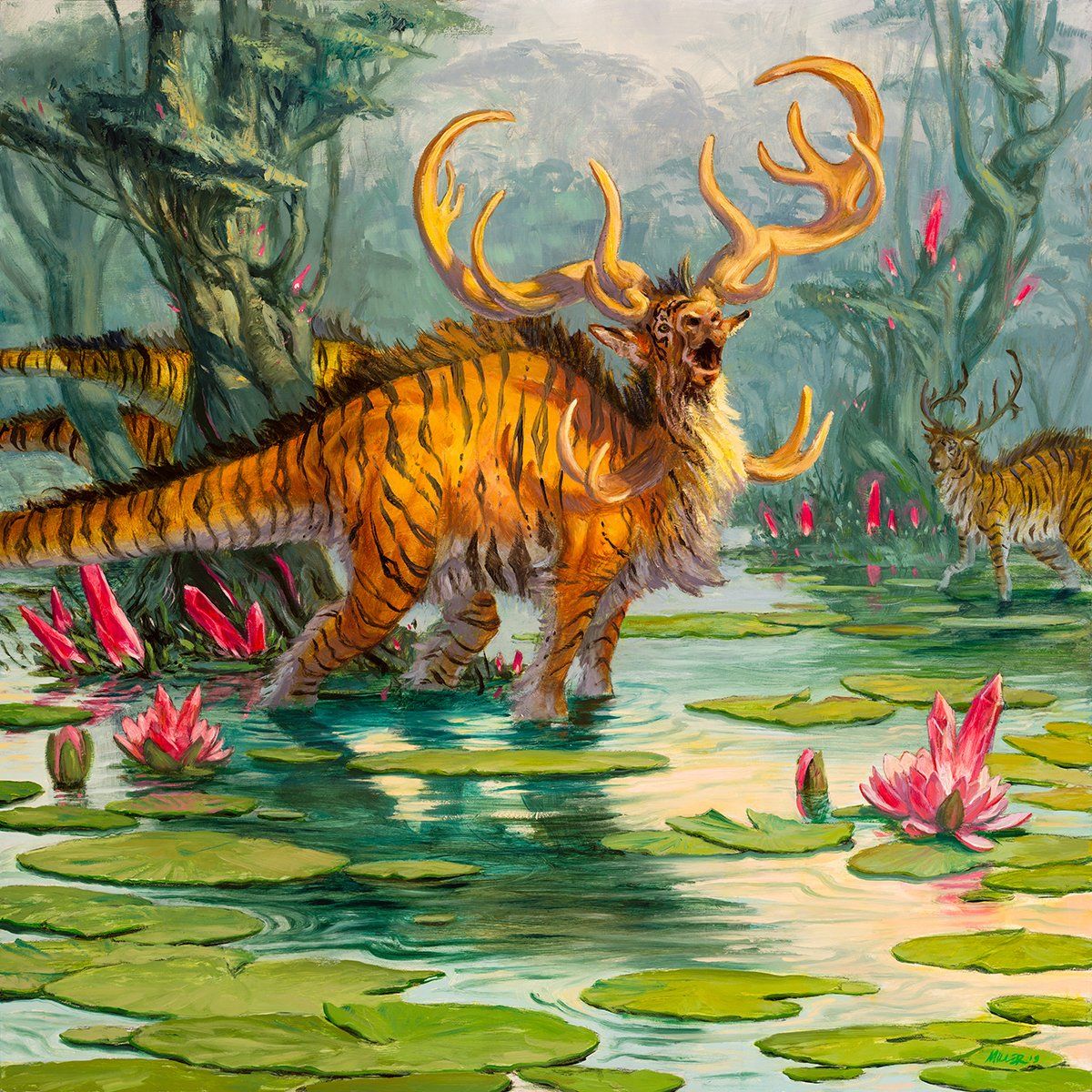 Lord Tupperware goes through the archetypes of Ikoria, naming key cards in what he calls a possible "all-timer" draft environment. 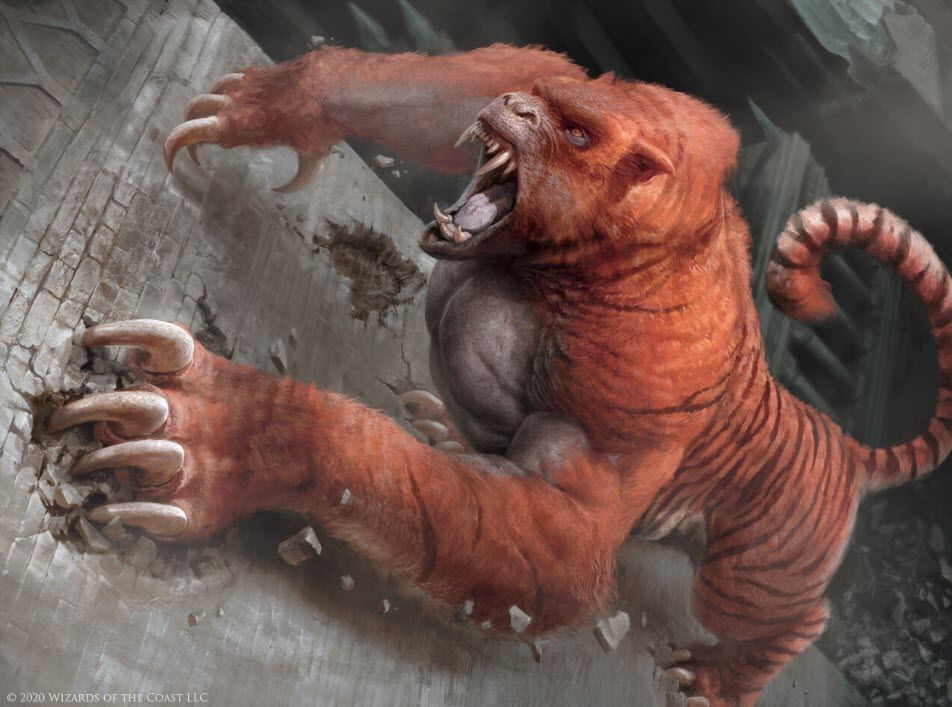 Efren and Ted invite Guillaume Robert and JD McKeehan to join them in naming their favorite cards in Ikoria.