While Standard is still fleshing itself out after the surprise bannings of recent weeks, we're still seeing that what was good in Standard for the past two years is... still good in Standard. I can't tell you how many tweets I've read that start with "I've really innovated with this new Card X deck"... and then runs Nissa, Hydroid Krasis, Uro, Titan of Nature's Wrath.  Lather, rinse, repeat. Good cards are good. Film at 11.

But we're on the verge of not only a big rotation, but a new set on an old familiar world. Zendikar was the set that was in fashion when I regained my love for Magic in earnest, so I have warm fuzzies towards the murder goth world that we're about to re-enter. While speculating about new cards and needed cards often ends in heartache, we have a number of older sets that provide excellent fodder for reprints into Standard, both for value and for flavor. So, here are my five desires for older cards reprinted into the upcoming fall set.

There are a good number of cards from previous sets that probably won't do much damage (or anything at all) in Standard for the time being, but are staples in older formats. Wizards has improved in that recently, most notably for the inclusion of the shocklands in the Ravnica block, or Scapeshift in Core 2019. And so there are several cards that could be included with some range of ease in the newest set. The most obvious card that fits this is Valakut, the Molten Pinnacle which is over $20.o0 for its solo main set printing. Similarly, Amulet of Vigor is a $16.00 card that doesn't seem to have an immediate use in Standard, so this looks like a good place for a reprint.

As of today, this might even be able to include Stoneforge Mystic, but I'm worried about Embercleave's presence for the next year. I don't know how good it would be with a Boros aggro deck because both tutoring and playing it costs a total of four mana total (and generally it's being cast for fewer mana that than currently), and it's best played with a quality of surprise that Mystic's tutoring negates. I think it might be a bit too strong, but it's worth considering. Sadly, we can't include Splinter Twin. I tried really hard to get you that sweet, sweet value in your boosters, but Corridor Monitor is a thing and an easy two-card infinite combo. Sorry.

There are several reprints available that could become centerpieces in current Standard desks that need a tiny push to get them to the next tier. The prime example of this is Felidar Sovereign, which was in both previous Zendikar sets and I would guess 100% heading for the next one. Lifegain is a thing that can happen in mono-white decks, and Sovereign provides that finisher as well as an interesting alternate win condition. Similarly, Khalni Hydra is a huge green fatty that had an interesting condition to cheapen the cost and would be tried in the mono-green builds as a replacement for rotating cards.

While these are the cards that would be relatively safe to include, there are others that would be spicier and possibly push decks into the upper echelon of Standard. For instance, Bloodghast would end up in the Jund and Rakdos Sacrifice builds as an easy card to sacrifice and immediately return to the battlefield as well as working off of the Landfall triggers that we're certainly going to get in one form or another in the new set. However, it's strong... possibly too strong. Same goes for Kiln Fiend. If you didn't get to witness some of the Jumpstart games involving the Fiend, there are Kiln Fiend draws that can 20 your opponent out of nowhere, and Izzet builds would love to try to break the card in Standard. But again, would this be too strong? Are there enough aggro builds where Wizards would want to discourage this sort of gameplay? Hard to say.

PS: We also need Comet Storm back. For the memes.

Yes, I know there are a bunch of mechanics attached to Zendikar that have been... um, let's be kind and say "underwhelming". I know there are some readers who might be ready to chuck their Support-tribal deck at my forehead for saying that, but I doubt it. But there are two mechanics in particular I'd love to see in the newest set, and both would thrive in a Standard world dominated by Arena.

First, Level Up would thrive if you weren't necessarily required to keep track of things by hand. If you don't recall this one, let's use Caravan Escort as the model. Essentially, you get to use mana at sorcery speed to increase the power of your creatures over time from relatively underpowered to monsters that match the power needed in the late game. And if you don't have to keep up with the level of each creature by hand, it makes it easier to play. You can take extra turns with Lighthouse Chronologist, have a big unblockable creature with Hada Spy Patrol, and make a huge double striker with Student of Warfare. And we already have an effect to lower the Level Up cost with Biomancer's Familiar if we don't get Training Grounds in the set.

Second, the Arena graphics that illustrated the use of Traps would be epic. If you don't recall, Traps were expensive cards and effects that would get a significant discount if your opponent does something specific before you "spring your trap card". For example, Archive Trap is played in Modern mill decks to get a huge number of cards milled for free when an opponent searches their library. We don't have Zendikar fetchlands in Standard, but we do have Fabled Passage and a mill deck that is on the edge of competitive. Similarly, Ravenous Trap becomes a free counter for graveyard decks, Lavaball Trap would be an interesting sideboard card in a meta that's gone ramp-crazy, and (to complete the cycle) Summoning Trap would be fun to try against control decks.

Arena could do some amazing stuff with animations and artwork to accompany these cards.

It was MUCH more important in pre-Arena times that Wizards print cards that provide answers and counters to strong deck types in Standard, although in many cases it was simply too-little-too-late for their use (Hello Tocatli Honor Guard, Damping Sphere, and Hushbringer). Also, every planeswalker counter has struggled to gain traction outside of direct kill spells (seriously, did you think that The Elderspell would see as little play as it has)? So why not Vampire Hexmage? It hasn't been printed in Standard in forever, and while it doesn't have much value in paper it would be nice to have a two-mana creature that says "kill target planeswalker dead".

While I am not a lore expert by any means, some lore masters I know have "educated" me on what you can and can't do. Although I'd still like Ayli, Eternal Pilgrim to show up YES I KNOW SHE PROBABLY DIED WHEN EMRAKUL ENDED UP IN THE MOON BUT STILL. There are a few important characters outside of the current planeswalker troupe of regulars who could be featured on new or reprinted cards. For instance, Iona is still supposedly alive, and why not create another monster angel who has ridiculous power to go with Iona, Shield of Emeria? If you cast a nine-mana creature, you SHOULD win the game, yes? That goes double for Drana, Liberator of Malakir who might just get this very card reprinted as it was in Jumpstart. Finally, and this is sort of an outside prediction but what the heck, what about Nahiri? We know she's around because she spent all of her brief time in War of the Spark trying to kill Sorin. So why not a new Nahiri? Nahiri, the Harbinger has such emblematic art for what it means to be a planeswalker. We need to give her new life in a new Standard.

There's my wish list. Is there something here that is too strong for Standard? A card I missed?

Let me know your reactions, and as always... stay safe, and please drive friendly! 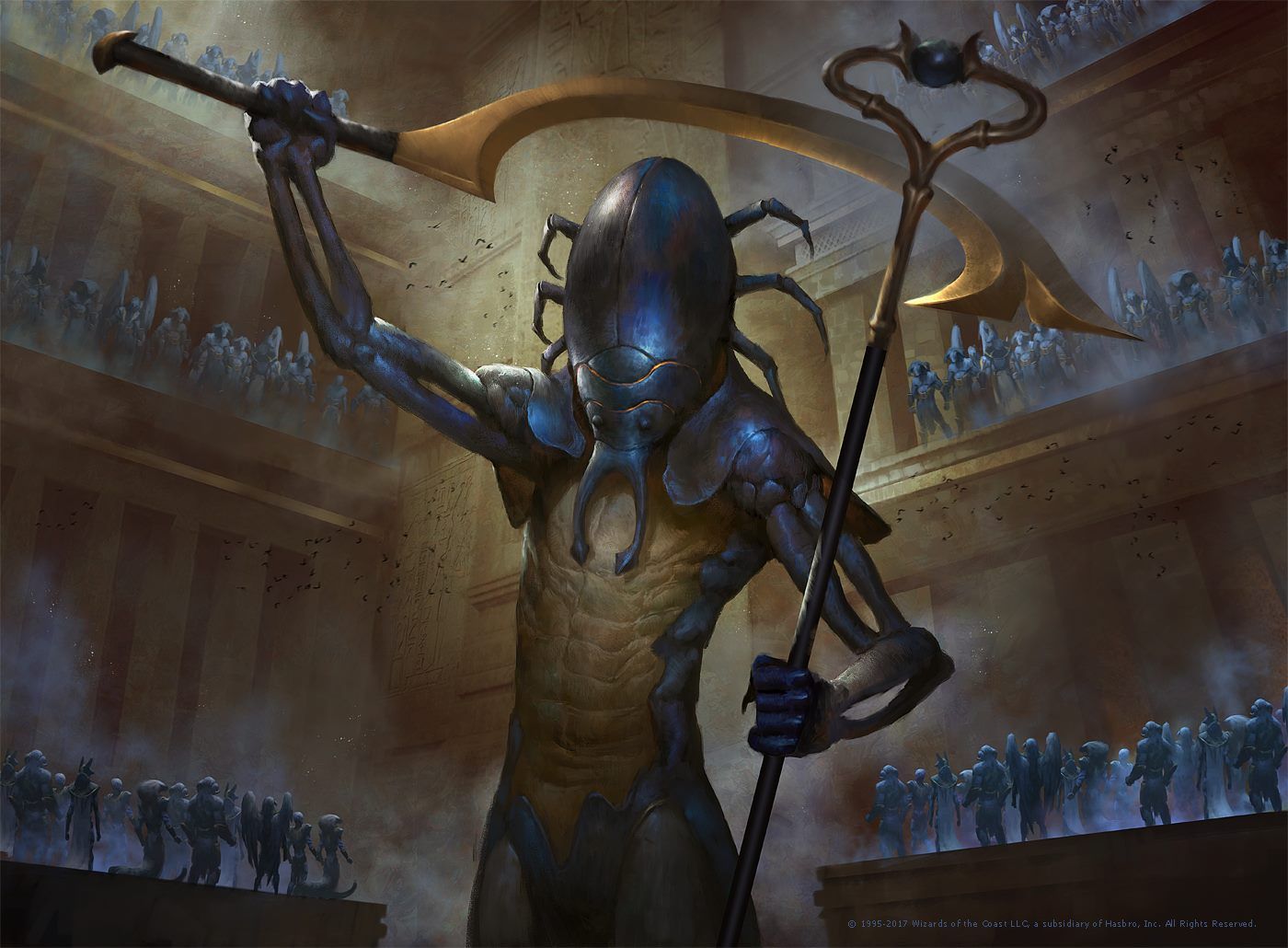 Doug Switzer offers a quick refresher on Amonkhet Remastered Limited, and discusses which cards he expects to see make waves in the Historic meta. 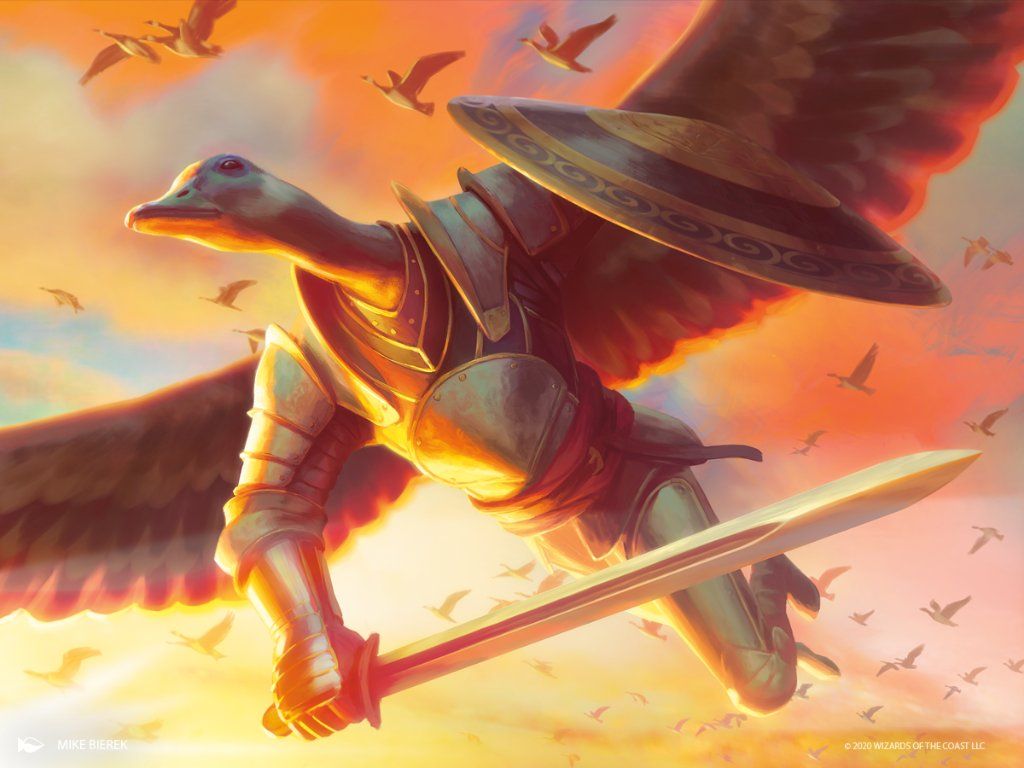 Cardsphere is excited to welcome NicolaiBolas with his very first article, in which he offers his perspective on some simple changes you can make to improve your Limited play.