It's that time again. Core 2019 prerelease is almost upon us.

In this series, I attempt to use a statistical approach to analyze upcoming limited formats. How fast or slow is it? Am I going to get beaten down with fast evasive creatures, or do I need to settle in for a board stall and try to resolve some seven-drops?

Let's run some numbers and try to find out!

I’m using a somewhat simplified method of calculating rarity in this analysis - I’m completely ignoring foils when calculating the chances of drafting or opening a certain card. This would be a big mistake for something like an EV calculation, but it should be fine for our purposes. Foil cards in packs replace a common, and since the majority of foils are commons themselves, the impact is likely to be minimal.

For example, here’s the calculation for the number of copies of Storm Cr...wait, I mean Rustwing Falcon - you’re most likely to open in M19 Limited:

These kinds of numbers are most useful in the aggregate. If I add up the multipliers of every card with a certain characteristic, and adjust for the number of packs in a given format, I can create a weighted average of other characteristics. For example, I can tell you the average number of white creatures you will open in your prerelease pool and what their average power and toughness is likely to be. 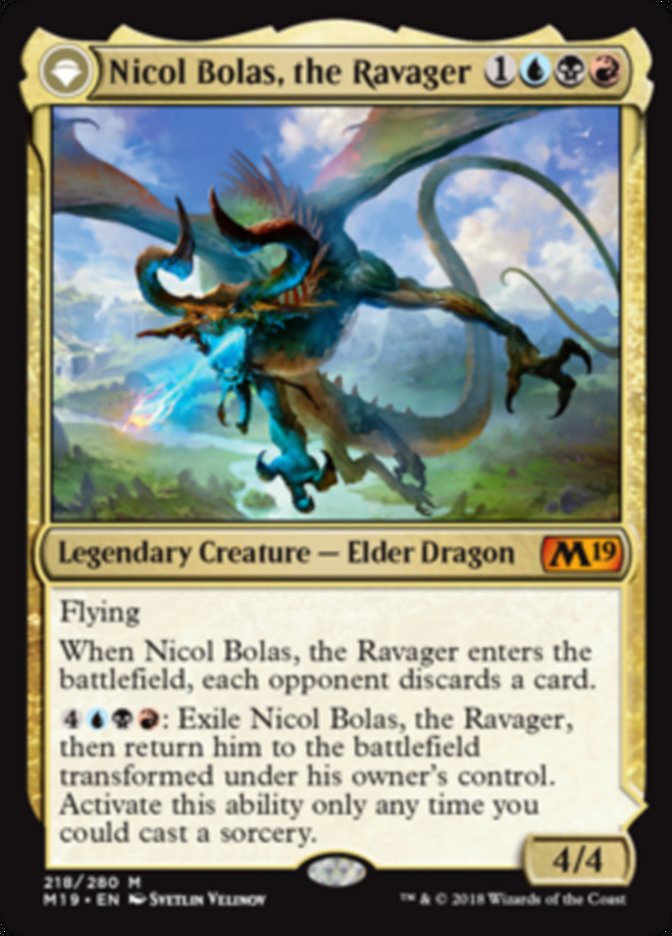 The characteristics of the creatures establish our baseline for a given format.

Broken out by color, this is fairly unremarkable compared to what we've seen in the past. Creatures are more costly on average then in the previous few formats, and in many cases will have a little less power and a little more toughness. However, I get the feeling that this isn't telling us much, so let's dig deeper.

Some Magic content creators refer to a "Magic Number", meaning the amount of toughness a creature needs to play effective defense in the format. 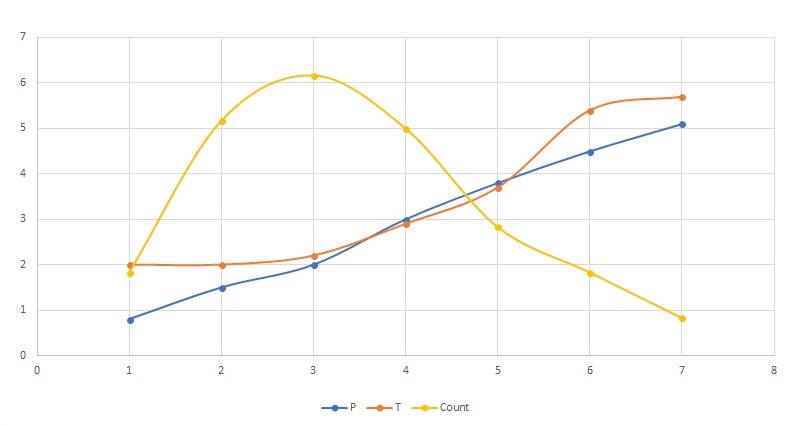 This graph shows the average power and toughness of all creatures in the format at each mana cost. That bell-shaped yellow curve is our mana curve - the number of creatures at each cost in an average sealed pool.

There are two inflection points here: one between CMC 3 and 4, and the other between CMC 5 and 6. At both points, power and toughness average roughly between 3 and 4. 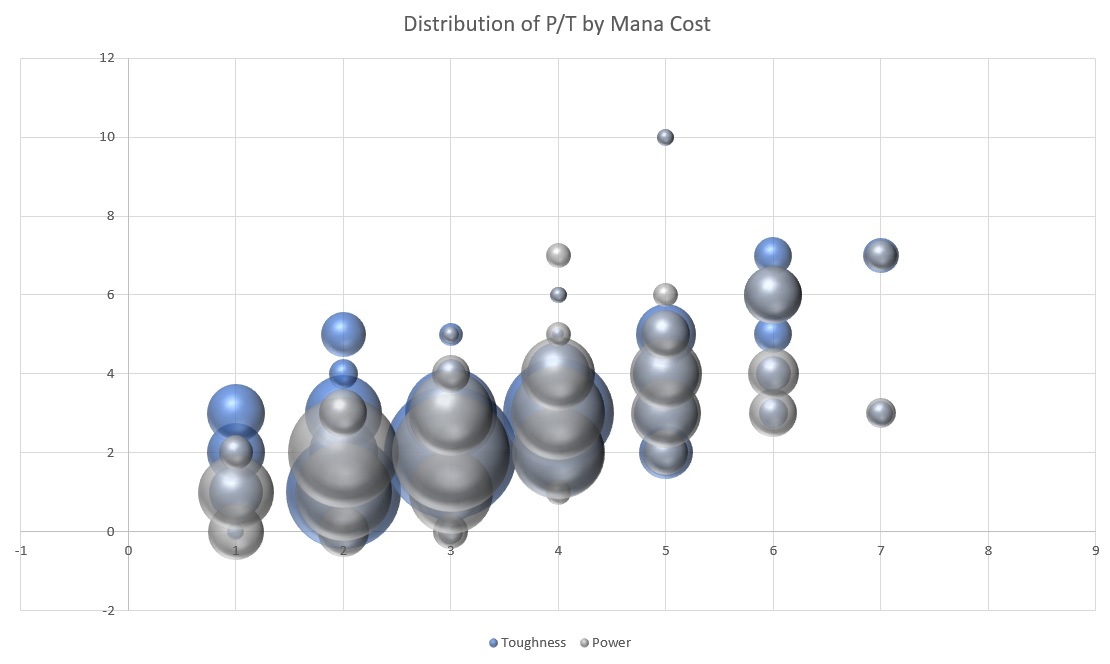 While the 2-drops do seem aggressive, by turn 3 or 4 you're likely to see more toughness than power. A creature with 3 toughness is likely to hold off a majority of 3-drops and even about one-third of all 4-drops. I would conclude that we are probably looking at a Magic Number of 3 here. 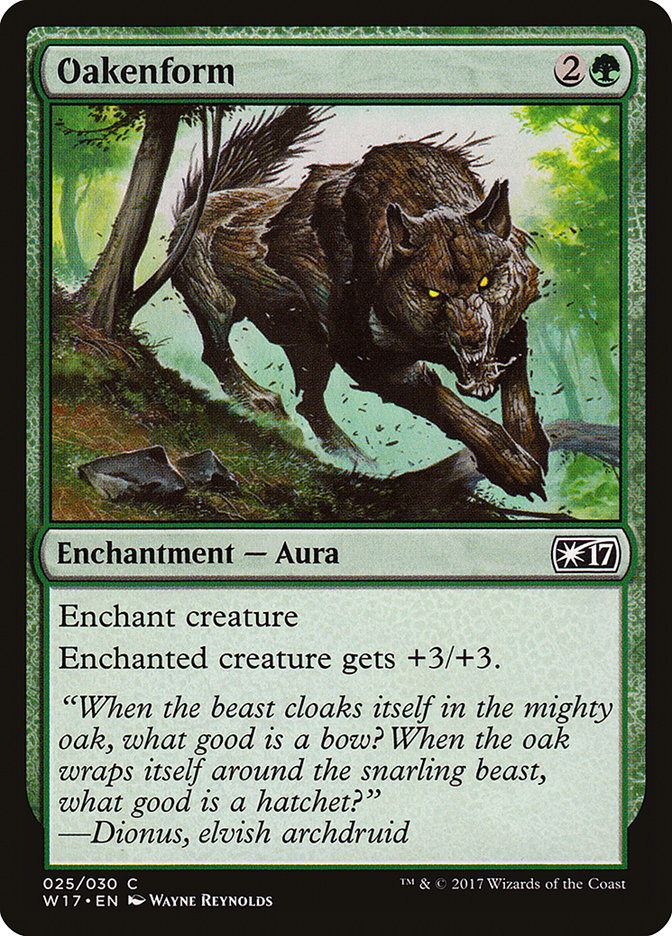 Interestingly, there are no red auras in the set. This is usually where cards like Frenzied Rage provide low-curve aggressive red decks with a form of evasion and quick repeatable damage. Green gets the long end of the stick here, with Oakenform and Talons of Wildwood providing efficient P/T boosts or trample.

The best of the bunch is probably Aether Tunnel, which does a pretty good Banefire impression against a tapped-out opponent at a single-digit life total. 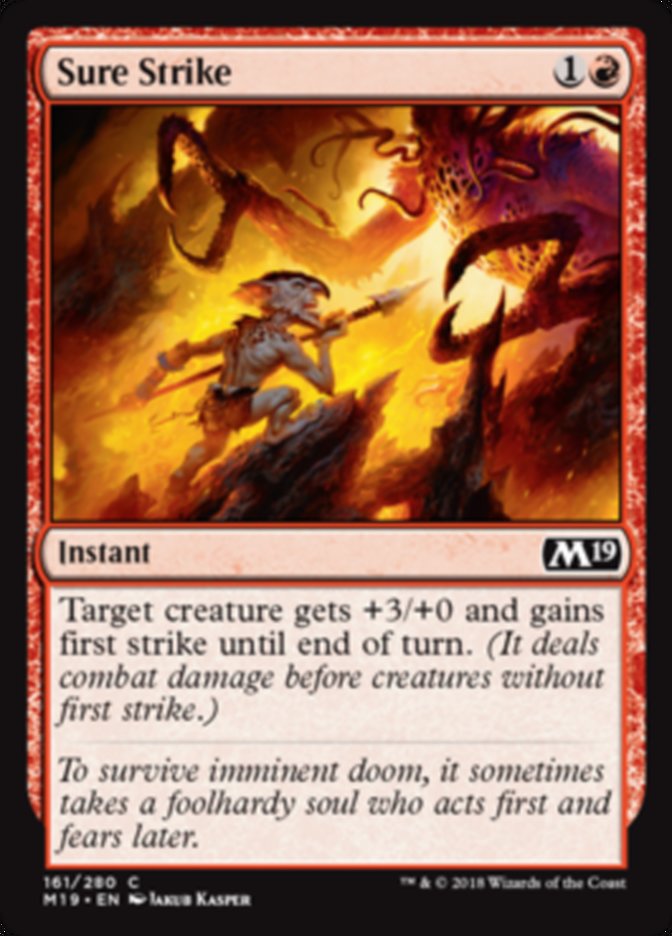 Outside of Sure Strike and Titanic Growth, which can act as removal spells, the tricks don't seem very potent in this format. Blue also has two "anti-trick" cantrips that can punish aggressive combat tricks and pre-combat auras. 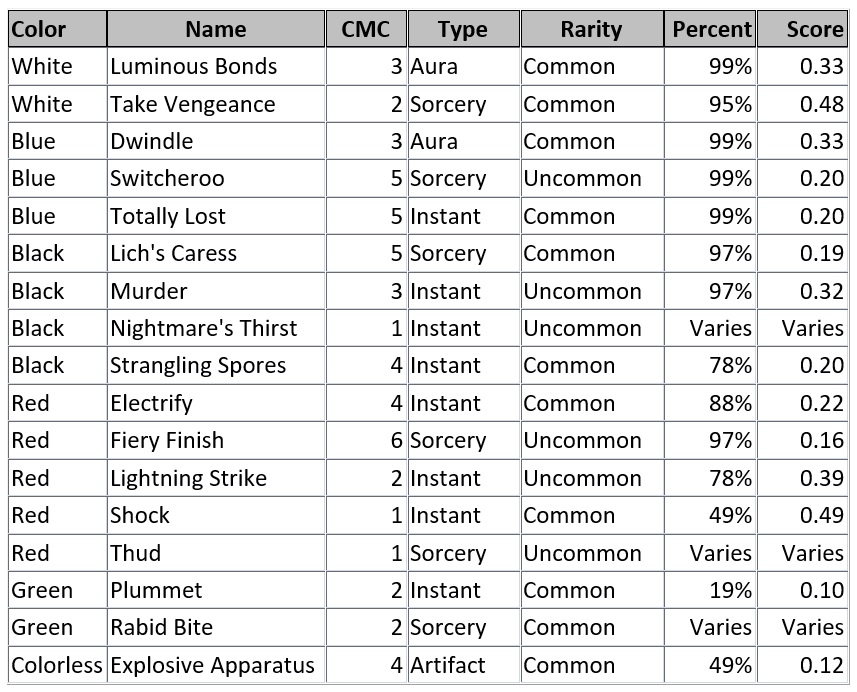 Any good news for aggressive decks can be found here. While much of the common and uncommon removal is unconditional, little of it is efficient. Only Take Vengeance and Shock even approach a 0.50 efficiency score on the zero-to-Swords to Plowshares scale.

Nightmare's Thirst and Rabid Bite both require some set-up, but are potentially very powerful. The red removal package does look quite aggressive here, with Shock, Lightning Strike, and Thud all able to hit the opponent as well as their creatures.

As a side note, if you open a Waterknot in an M19 limited event, you should call a judge. 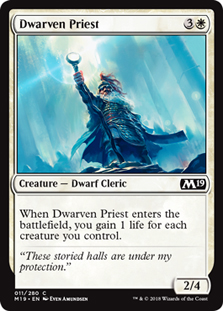 Core 2019 doesn't introduce any new mechanics, so we'll look at the set's themes instead. The values below represent Sealed representation:

There are 3 lords in the set, but there is not a ton of tribal support. You may get a reasonable number of Elves or Goblins, but outside Volley Veteran the only payoffs are these rares. 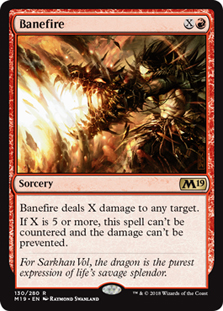 While aggressive decks are likely to exist due to the efficient red removal spells, the defensive creature base and a strong life gain theme in black and white seem likely to make life difficult for these decks. I'm expecting frequent board stalls broken by midsized flying creatures or cards like Banefire.

Happy Prerelease Weekend! I don't know about you, but I'm ready to Revitalize my excitement for Magic!

Joe Dyer continues his coverage of the bread and butter of the Legacy Metagame. 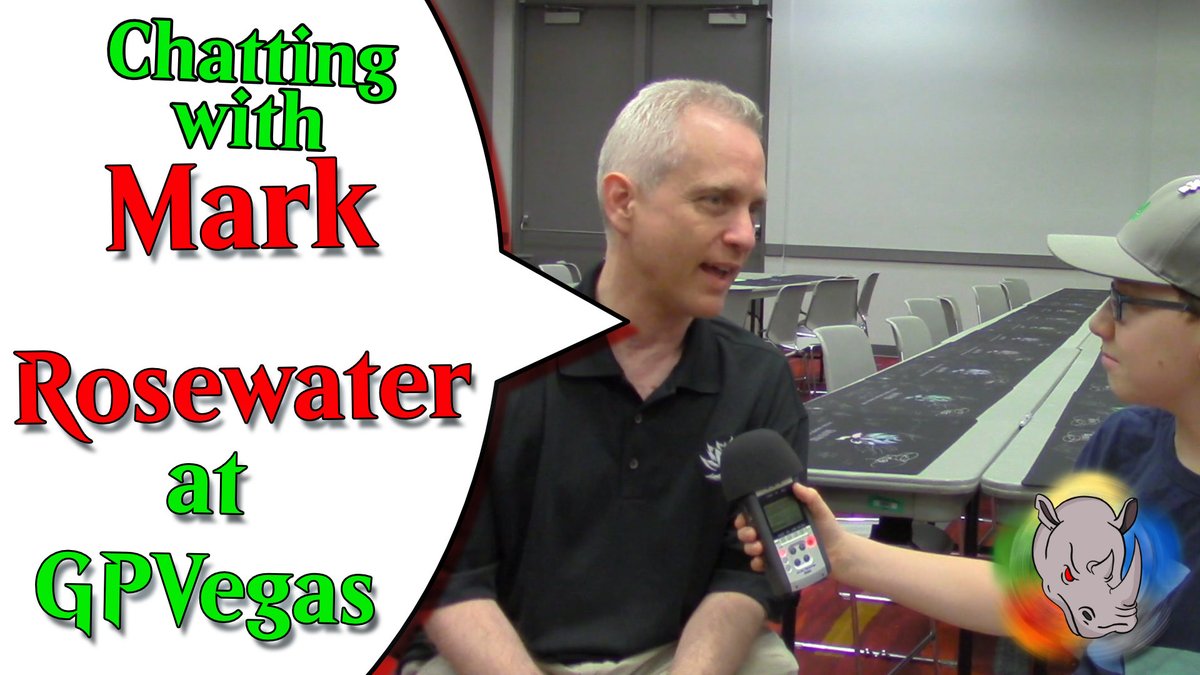 Special guest correspondent and roving reporter extraordinaire, Rhino the Young Mage, sits down for a chat with Mark Rosewater.