It's hard out here for us jank lovers.

Well, now we're surrounded with 60% Wilderness Reclamation decks in the most recent pro tour. And Historic, which has been a jank-lovers paradise for so long, is now dominated by--surprise!--the same Wilderness Rec decks (now with Field of the Dead in case you missed that one) and a Goblins deck that is half aggro and half combo due to the new Jumpstart additions of Muxus, Goblin Grandee and Krenko, Mob Boss. These three decks have combined to dominate the results and top-level play of the two formats that guide Arena play and, as a result of some virus that I've heard that's going around, current-set MTG play in general. If you're choosing not to play those decks, so the story goes, you'd better have a good reason. LSV and BK discussed this situation and others in Magic's history like it on a very informative episode of Constructed Resources.

As I've mentioned previously, I simply find no joy in playing the best deck. Yes, in the words of a great football coach, you play to win the game. And as those two players correctly stated in the podcast, if you were playing the biggest Standard tournament of your life tomorrow, you should probably be on Temur Rec with slight nods to mono-white or mono-green. And as we'll see in a few short weeks, the pros will most likely settle on one of those two Historic decks and my guess is that one of them will win.

So how do you sustain yourself in the current environment? Why do I keep tweaking and modifying a Historic GW Counters list, playing it over and over again directly into the maw of the beast? Why am I currently experimenting with a friend's Abzan Anti-Meta list that's maybe the fifth attempt I've seen to get Powerstone Shard to do something. Because, let's be honest: there's no honor in losing for the sake of losing. Anyone can run the worst list in Standard on Arena and lose every game for zero gain or enjoyment for lack of a better word.

I've been thinking about that question a ton for the past week or two. In fact, that thinking was the impetus to writing about this very issue. If you're a Johnny, what is your ultimate goal? And by ultimate, I mean ULTIMATE. As above, everyone's goal is to win games of Magic. So what are we trying to prove during this time?

It came down to three things that keep me keeping on. First, there's the love for individual cards. There are certain cards that, when I read them, they hit me a certain way. Before I even started playing Magic, I stumbled across Seth (PBKASA) and his videos, and I fell in love with cards like Hedron Alignment and Panharmonicon... the cards that were nearly impossible to play at higher levels but would do insane things when they did work out. And as I started playing, I found my own pet cards. I went through my Regal Caracal phase, followed by my Faeburrow Elder and Maraleaf Pixie phase, and I'm currently in a huge Branching Evolution phase because honestly that card is nuts. And I imagine that you have cards like that that pique your interest every time you see them played in Limited.

Second, I express myself in my Magic play through creativity. I don't believe in "ownership of lists". If someone is the first person to create a successful list, that doesn't give them some sort of license or copyright to keep it just for them. We're all writing our own Magic novels with the same X number of words (read: cards) available to us, so there's no doubt that many of those novels are going to look nearly identical with a few words changed here or there. But I find a special satisfaction in creating and piloting lists that are MINE... that reflect what I think Magic should be and where I find joy. This is my deck. There are many like it, but this one is mine. Fortnite doesn't need eleventy billion weapon skins or emotes or character designs, but they do and they make tons of money from them because of that natural desire to express yourself through your play.

Finally, and ultimately (and the REAL revelation that all of my thought on this subject has brought), I like bringing joy to other people through my play. By "joy" I mean the sort of delight or surprise that others can get without warning from being randomly paired against me in a queue. If I get beat by a random pile of cards that have a synergy in them that I hadn't realized, I am appreciative of the existence of that other person and the things going on in their life. If you've seen the same lists for an hour and playing against me makes you think or proceed in a different way, then we've both learned something and hopefully you've become a better player as a result of the challenges that I've presented to you. And that's a success in and of itself.  I may not feel that way if I've been streaming for two hours and I'm on a losing streak, but if I stop and remind myself of the reality of the situation that I've created, there's a lot of good even in losing. If you learn something or grow in some way, then you must be sharing it with others in the same way. The thing about Magic that we've learned ESPECIALLY in 2020 is that it takes two people to play a match. You can't adequately play against your computer. There has to be someone on the other side of the side, and they're in this with you with the same standing from the start. A "good match" is the kind where both of you feel like you've had a good match, no matter what the Arena smiley faces suggest.

And sometimes, you get to show people that Invigorating Surge is a card and something awesome happens.

Go release your inner Johnny (as long as you're masked up), find some crazy stuff to play, and as always... drive friendly! 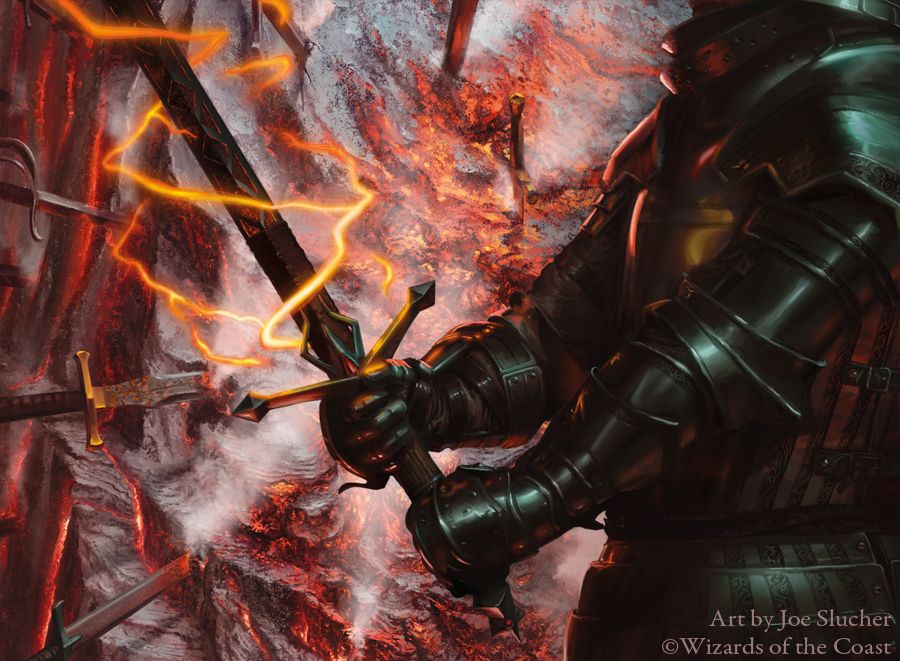 Elizabeth Rice takes a look at which Standard and Historic decks may rise to the top after the surprise banned & restricted announcement this morning. 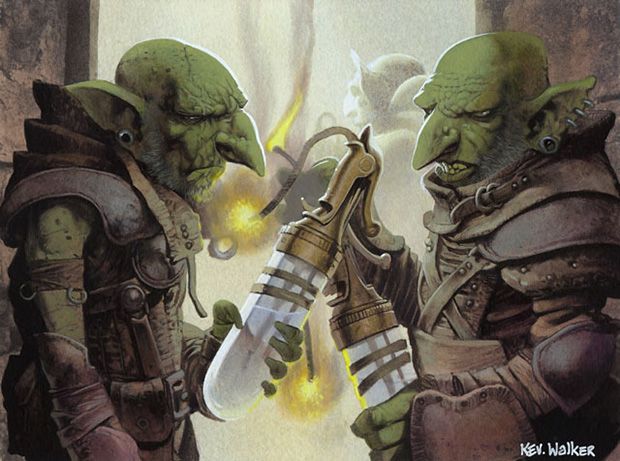 Elizabeth Rice shows off her first ever free preview cards and how they're best used in decks like Shattergang Brothers EDH.

Trading Posts
—
An Ode to Tier V: The Satisfaction of Jank
Share this