It’s simple: I love to cube. We’ve had some incredible Limited formats this year, so I haven’t dipped my toe into all the Cube offerings from Magic Online, but now that Vintage Cube is here, I just want to be drafting it all the time. Power 9, fast mana, busted two-card combos. Vintage Cube has something for everyone. Usually, for me, that something involves drafting as many mana rocks as possible and using that to break some kind of “symmetrical” effect like Balance, Wildfire, or Timetwister. However, this season of the Vintage Cube has felt a little different. Blue has seemed incredibly overdrafted and rarely do I find myself with more than a couple of Signets. This has led me to eschew the powerful yet blue-committing cards like Upheaval, Opposition, and Time Spiral for one of the most fun and consistent Cube decks of recent  memory. Today, I’m going to break down my favorite deck in Vintage Cube: Jund Attrition.

As we go through the various pieces of this deck, you’ll see a common theme: redundancy. The fact that there are three different cards that allow you to recur lands (and that, outside of Crucible, no one seems to want them) makes this deck fairly viable draft in and draft out. It’s pretty likely that at least one of these cards is opened at your table and that it will make its way to you. Wrenn and Six in particular is an incredibly powerful planeswalker that fits this deck's theme perfectly. It can take down opposing aggressive threats or mana dorks or uptick to grab lands that have made their way to your graveyard. Having one or more of these engines will really let you maximize on the next pieces of the puzzle.

The combination of Crucible of Worlds, Fastbond, and Strip Mine is one that I think many cubers are aware of. With these three cards you can destroy every single land of your opponents in one fell swoop. And we all know if your opponent is having no fun playing magic, that means you’re having all of the fun. Beyond this combo, the Holy Trinity not only recurs Strip Mine and Wasteland but can also just recur fetchlands like Verdant Catacombs or the newly added Prismatic Vista to continue to hit your land drops and thin your deck in the process. Since the pieces for this deck are quite redundant and they are often not desired by other drafters, I take lands quite aggressively in this archetype. Fetchlands add additional value like providing shuffle effects for cards like Sylvan Library or Oracle of Mul Daya or multiple triggers for Lotus Cobra or Tireless Tracker. I want to have as many fetchlands and fetchable dual lands as I can get my hands on so that my mana can be as good as possible for these three color decks.

Disruption is the Name of the Game

Since Vintage Cube is all about doing broken things quickly, this deck’s primary goal is to make sure that doesn’t happen. Targeted hand disruption in the form of cheap spells like Thoughtseize, Duress, and Inquisition of Kozilek go a long way in snagging that crucial spell out of your opponent’s hand before it ever has the chance to impact the game. Mesmeric Fiend and Kitesail Freebooter do nicely as well, and if you’re lucky enough to get the heavy hitters like Hymn to Tourach or Mind Twist, your opponent is in for a world of hurt.

This deck thrives on ways to get ahead on resource exchanges. Two-for-one specials should be on your radar at all times, especially the cheap ones. This deck wants to keep its curve low so that it can go toe-to-toe with the most busted strategies Vintage Cube has to offer. Kolaghan’s Command, Reclamation Sage, and Gonti, Lord of Luxury are just a few of my favorite cards for these kind of decks. Since Vintage Cube offers a lot of fast mana, you really can’t have too much artifact destruction. You’ll have targets, don’t worry. Conversely, creatures like Nekrataal or Flametongue Kavu are less important here. One of these effects is fine, but don’t load up on them since they’ll be actively bad in some matchups.

The cheap Planeswalkers you can get your hands on in this deck makes it even more desirable. I’ve already talked about my love for Wrenn and Six, which seems to wheel more often than not in my cube drafts. But beyond that you’ve got a lot of good options. Remember when I said that destroying artifacts was incredibly important? Well, almost no one does that better than Daretti, Ingenious Iconoclast. This card packs quite a punch and even gives Oko, Thief of Crowns a run for his money (a card that I’d happily jam some blue sources in a deck like this to be able to cast.) Liliana of the Veil isn’t just for reanimator decks here. She pairs particularly well with the holy trinity. Just discard some lands when you uptick and replay them from your graveyard! Vraska, Golgari Queen lets you blow up opposing mana rocks as well as sacrifice creature tokens or lands to recur on the uptick. And Nissa, Who Shakes the World is an amazing curve topper and has really impressed me in this latest iteration of the Vintage Cube

Rounding out the Deck

There are a lot of “greatest hits” to look out for as you draft this deck. Here are just a few to keep in mind.

There are tons of really sweet interactions with this style of deck and it has a a lot of play to it. The redundant pieces, consistent mana, and low curve makes me feel like I have game against aggro, control, and everything in between. What have been your favorite decks to draft this Cube season? Let me know on twitter! And, as always, Happy Drafting, Happy Holidays, and Happy New Decade! 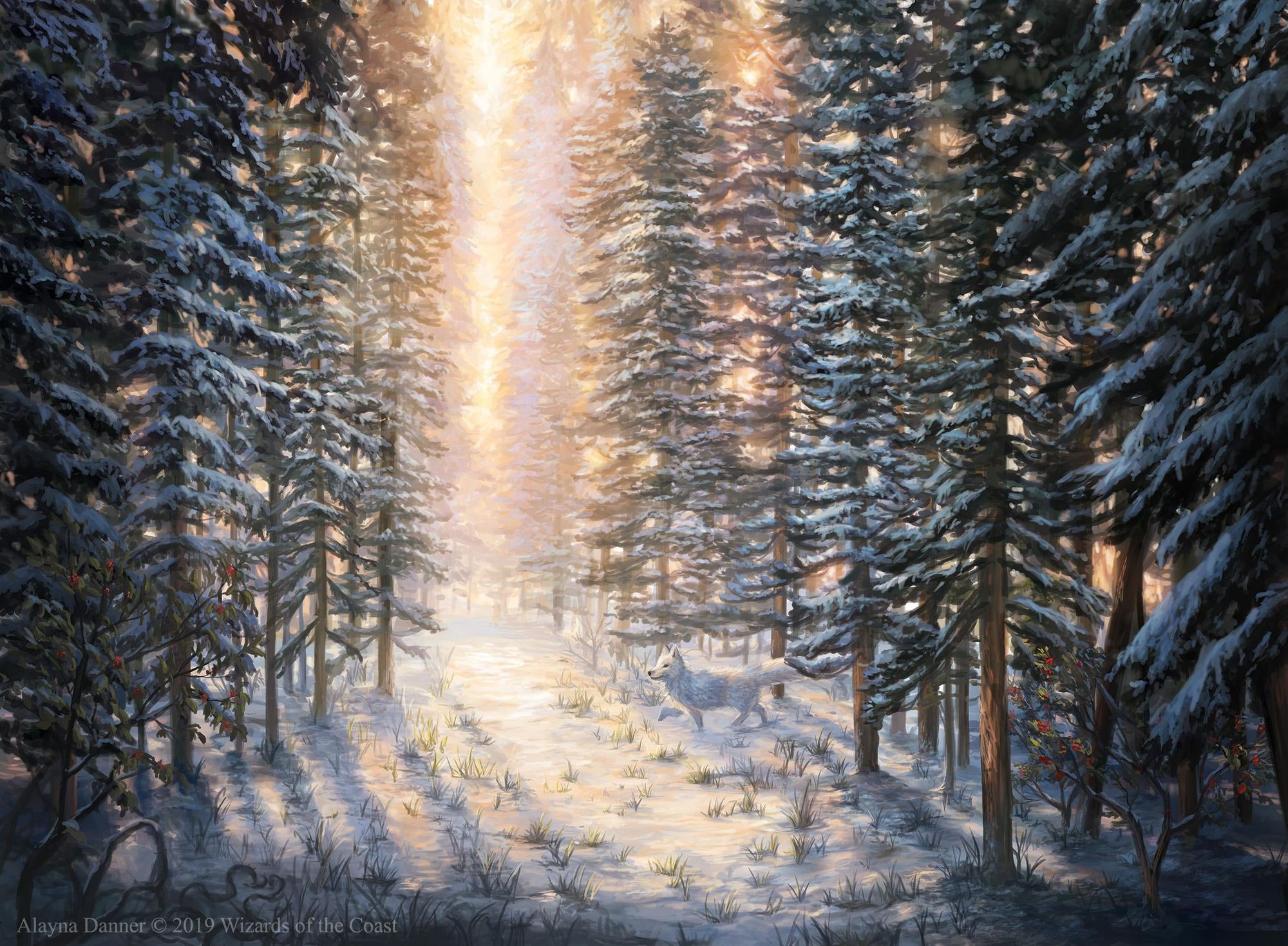 Missing Christmas already? Josh takes you on one last walk through a winter wonderland in the wrap up of the 3rd Annual Cardsphere Secret Santa

Elizabeth Rice discusses her experiences and takeaways from Mythic Championship VII in her first article for Cardsphere.

Trading Posts
—
All I want for Cubesmas is Jund
Share this