We are in a time of unprecedented public health crisis. There’s been pandemics before, but we didn’t have the medical and informational tools to cope with it. As little as 100 years ago, if there was a medical problem spreading this fast, newspapers were the way to hear about it and we couldn’t do things like socially isolate or close down businesses. People would keep going to work, trying to live their lives, and died for it.

The COVID-19 virus is causing all sorts of havoc in all walks of life, but in our little slice, it’s quite possible to have the problems be an inconvenience at worst. We send Magic cards through the mail, a very-low risk activity.

Imagine you lived in a small town that didn’t have a place to go play paper Magic. You’d be playing online via Arena or MTGO, and trading cards via this wonderful platform. It would sometimes be boring, but you would have a flow of cards sent and acquired, every day a new thrill at the mailbox.

I’ve lived in that little town, and if I’d had Cardsphere as an option way back then, I would have crushed the trading volumes.

The virus is a bigger problem for a lot of us, though, and you should absolutely look at your cards as assets that can be sold when your situation requires it. Cards should be sold for rent, or food, or car upkeep, or new shoes, or anything your life requires.

Cardsphere is one of the best ways to rebuild after a sell-off.

I’ve mentioned it before, but in the past, I’ve had to sell off cards for a range of financial reasons. I’ve also had part-to-almost-all of my collection stolen in the past. Most long-term players have been through this for one reason or another, and if you want details, feel free to ping me.

After you make your sales, after you pay the bills that need paying, you’re going to take stock and ask, “Now what?”

That, friend, is what I’m here for, having rebuilt my collection several times over the years.

You’ve covered the expenses, and now have half a Commander deck (or none). Maybe it was the good pieces of your Cube, or the contents of your trade binder.

I say this without any sarcasm: Magic has never been cheaper to play. Arena offers you a lot of gameplay even if you don’t have cash to spend, with a draft about once a week if you get all your gold. For true maximization, I’d recommend this piece last year by caliban on MTGGoldfish.

If you had to sell your entire collection, you can build a Commander deck quite cheaply. After my decks and binder were stolen, I spend $20 building a Cube of only uncommons that’s been a total blast.

If your goal is not just the play, but the collection and acquisition, go to Step 2.

Take a breath, and take inventory. Even if you’re sitting on a half-dozen long boxes of assorted draft chaff, that’s a starting point. Your best resource is going to be Facebook or Craigslist, and be honest with what you’re selling. Your lowest point is $5 per 1000 cards, even the bulkiest of commons is worth about that much. Ask for the price you’d like to get, and think about what you’d be haggled down to and still be satisfied.

Your other option is clear, if you pick through cards effectively: you can send out a few packages and build credit here on CS.

Now you’re going to throw yourself into the game with abandon. We have a lot of investment opportunities available, between the stunted prerelease of Ikoria, the number of businesses shut down/slowed down, the saga of Mystery Boosters, and don’t forget rotation in six months. I promise you, even if you sold every card you owned, the core mechanics and player base of Magic is quite strong and will rebound from this.

The first direct instruction I want to give is that Ikoria’s early days are going to be wild as hell. There’s always been a group of Commander players that wants to get the cards the first week and play with their new toys, even if those toys would be significantly cheaper in a month. Given that there won’t be any store prereleases (or other events until May!) this means that I’d be all over getting and cracking the Prerelease Kits.

Something I want to warn you about: You might appear to get more cash from eBay than from CS for a given card. If you do the math on taxes, fees, and how dollars on CS go farther than anywhere else, you’d better be getting at least 40% more. Less than that, and I keep the cash on this site, because money here just spends better.

Rotation being six months away means that if there’s anything you have extra copies of, now’s the time to start selling them, with the exception of Shocklands due to their ubiquity in Pioneer, Modern, and Commander.

Other principles to keep in mind in this time of pandemic: Paper Standard isn’t going to be a thing for the next six weeks. Don’t buy cards with that in mind, only pick up cards that have a long time to be used and effective in multiple archetypes (Fae of Wishes, Murderous Rider, etc.) over the next year.

Do adjust your focus to the more casual/Commander cards for now, as people will keep on keeping on with their decks even when opportunities to play in person are gone. Something like Shadowspear, which is seeing zero play in any Constructed format but is gold in Commander where people want to have lots of hexproof and indestructible, that’s good to pick up now while supply is maximized.

This is also the time to stock up on the Nyx basics if you like them. I’m 1000% on board if you want these to be your Cube lands or your personal draft lands, but we’re not really opening Theros anymore, and supply is peaking right now. Go get the copies you want and use them for years. 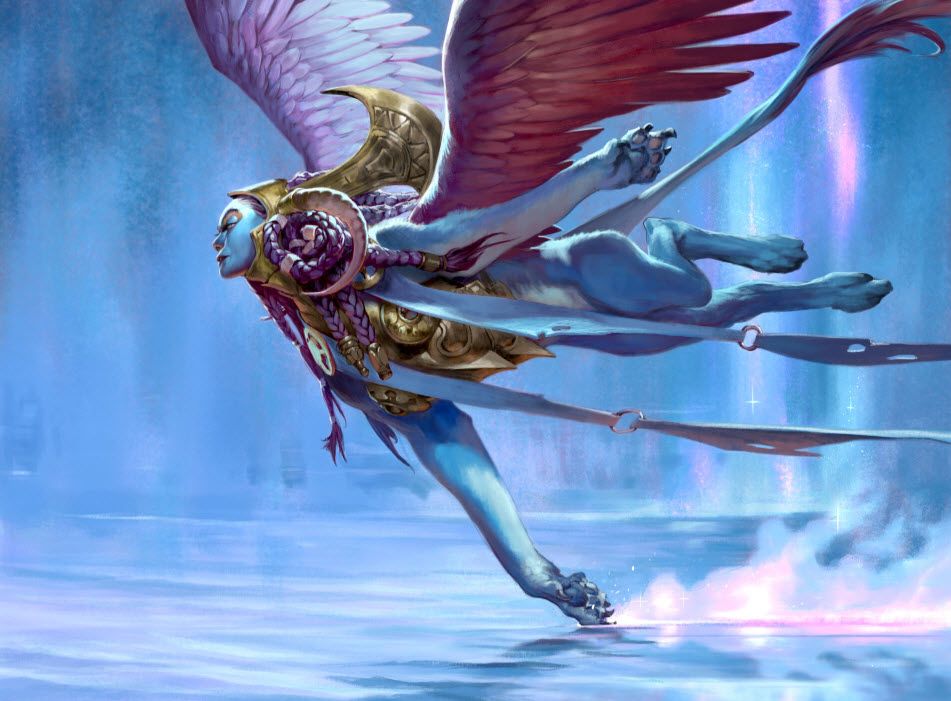 Darin Keener speculates on what Standard might be getting in Ikoria. 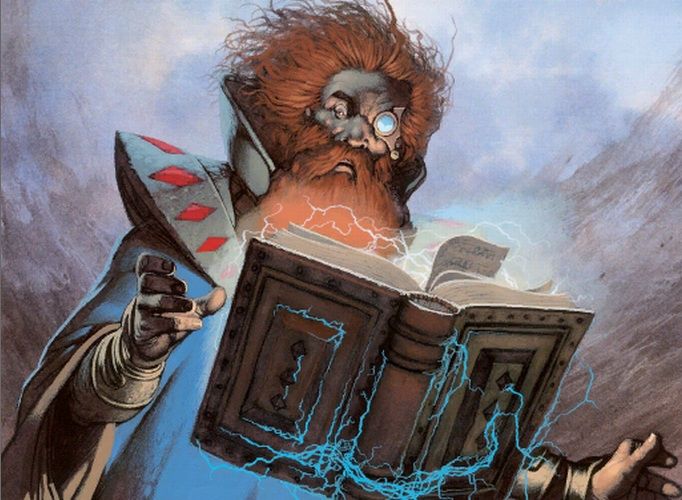