Reading signals is one of the keys to drafting consistently powerful decks, but it is simultaneously one of the most challenging parts of the Limited. In this article I give you a step by step guide to improving your signal reading abilities so you can understand the complex messages your fellow drafters are sending you. The goal is to give you something small to focus on each draft, and when you have mastered one skill you can progress to the next. In this way you can actively track your progress instead of feeling overwhelmed by all the choices you have to make. Without further ado, let's dive in!

The first thing you must have in order to read signals is some system of card evaluation. A signal occurs when you see a card that indicates a color is open, but it impossible to distinguish this if you do not have a basis of card evaluation to work from. There are several different approaches you can use to generate card evaluations. The first one is to get the advice of others, especially if you are new. This can take the form of reading or watching set reviews, or just by asking someone at your local game store what they think of the cards.

If you want to start building the skill yourself, a good way to start is to make a list of the top 3 Commons and top Uncommon for each color and then compare with your friends. Regardless of how you approach it, you need to have some idea of which cards you think are good in the set so you can notice when they are in the pack later than they should be. This is critical to reading signals.

Task: Do some card evaluation before your next draft and come prepared with a list of your top commons. Remember that the process of preparation is more important than actually evaluating the cards perfectly, as your evaluations will change as you get more familiar with the cards and the set.

Now that you have some basis of card evaluation, it is time to apply it in the draft! One of the great things about reading signals is that it often works itself out without much thought as long as you are taking the best cards out of each pack. One very basic way to read signals is what I like to call the five pick method. With this approach you simply take the card that you believe is the best out of each pack for your first five picks. After five picks you evaluate what you have and decide on your two color combination (if you still feel like you do not have a "best" two color combination after five picks, you can wait a couple more picks to decide). This method may sound simple, but the goal is to avoid forcing, which is a common way to trainwreck a draft.

When someone is new to draft, there is a natural instinct to stick with the Rare that they open, even if the cards they see in that color are not particularly good. By committing to take the best card out of the pack for the first five picks you are allowing the signals to come to you, as you are taking powerful cards of a variety of colors that are being passed to you. After five picks, those cards are often going to reflect what the person passing to you is not playing, as if they are taking the best Green and Blue cards it is less likely for the best card in the pack they are passing to you to be consistently Blue or Green (thereby leading you into a color pair that is not open). This method is simple and far from perfect, but it is a great place to start.

Task: Experiment with the five pick method. As you gain more experience, try extending the amount of picks that you wait before committing.

Step 3: Factoring in your Previous Picks

Now that you've got some practice staying open in your drafts, it is time to introduce another level of decision making: factoring in your previous picks. In the five pick method you ignore all the cards you have already drafted so you can focus on staying open, but this is not the best way to draft in the long run, as the cards you have taken should have an impact on your future picks. Each color in your draft can be seen as a pool of power that will influence your future picks.

For example, I would rather have a Draft deck with an 8/10 and a 5/10 than with two 6/10 cards, because the resulting power level is higher overall (13 being greater than 12). This means that during the Draft portion, if I have a reason to stick with a color, I can use it as a tiebreak when making picks. Imagine a draft where you start with a strong Black card. In your next pack, you have the choice between a Blue card and a slightly weaker Black card. With the five pick method you would take the Blue card and continue to stay open, but now that you're more advanced, you must consider whether the Black card, and the potential of sticking to one color (thus getting to play your other Black card), is more rewarding. Sometimes you might end up taking the Blue card, other times the Black card, but adding this nuance to your decision making will have a large impact regardless of the individual picks.

So far we have discussed how to stay open and how to add nuance to your picks based on the cards you have. The fourth and final step we will be discussing in this article relates to the road not travelled, or the cards you have passed on taking. These cards should still factor into your decisions as they were all signals, even if you did not select them. In the previous example, we were looking at a case where your first pick was a Black card and you were deciding between a Blue card and a slightly weaker Black card. For our purposes here we will act as if you ended up taking the Black card. Does this mean that the Blue card suddenly becomes irrelevant? By all means no! In your future picks it is important to remember that you were passed a strong Blue card even though you did not end up taking it. This could easily be a tiebreaker for you branching into Blue later. I'm sure there are some people reading this article who are concerned that if they pass a strong Blue card it will end up putting the person they are passing to into a Blue deck.

However, it is important to remember that even if that person takes the Blue card, if you end up in Blue yourself it is likely they will move out when they realize it has dried up. Additionally, even if they do end drafting a Blue deck, you still have all of Pack 3 to capitalize on the color being open. It is best not to worry about the signals you are sending, as it is nearly impossible to know what the person to your left is drafting during Pack 1 when you have little information to work with.

Task: During the draft try to remember the cards you were passed that you did not end up taking. Think about the colors the person passing to you is likely to be playing based on all the information you gather, and if you are drafting at your local game store, consider asking them afterwards to check your prediction.

Signal reading is complicated, but hopefully this step by step approach can help you to improve in this critical area of draft. I want to leave you with a couple of final tips that didn't fit the step by step framework but that are crucial when you are first learning to read signals.

Later Signals are More Relevant
If you are passed a strong Uncommon Pick 2, it is likely that the person passing to you took a good Rare (which could be any color, even the color of the Uncommon). On the other hand, if you get passed the best Red common fifth pick and the rest of the pack is weak, it is unlikely that the player passing to you is in Red. The card you open in a pack is not a signal of what is open, and generally the second card is a pretty weak signal if it can be viewed as a signal at all. As the draft progresses the signals carry more weight because you know that if there is a strong card in the pack, it is less and less likely that there was an even stronger card of that color also in the pack. If you are having trouble deciding between colors, trying to remember when you got passed the cards can be quite relevant.

View Each Pick as a Data Point
There are many reasons you could be passed a strong card, and not all of them indicate that a color is open. This is why it is important to view each pick as a single data point instead of an ultimate truth. There will be cases where you get passed a strong White Common because a better White Uncommon was taken. There will also be times where you are passed a good Green card by a player who is playing Green because there was a better Blue card and they are playing Blue Green. There will also frequently be times where you evaluate a card differently from another player, so they think they are passing a mediocre card and you cannot believe your luck at getting such a strong card so late. It is critical that you do not overly weight any one "signal" you are receiving, as there will inevitably be packs sending you the wrong message.

Don't Switch Colors in Pack 2
Unless you open or get passed an absurd Rare, it is nearly always correct to hold the course in Pack 2. Even if it looks like a color is flowing, it is important to remember that you are being passed to by a different drafter in Pack 2, so in Pack 3 you will be back to seeing the same colors that you saw in Pack 1. Switching in Pack 2 will just lead to bad times in Pack 3, so stay disciplined and do your best to stick with the open colors you found in Pack 1.

Well that just about does it for this article on signal reading. It can be a difficult skill to learn, but hopefully the step by step guide with actionable tasks will be a good stepping stone for you. As I said earlier, I would recommend starting simple and building up to the more complicated aspects, as it can be overwhelming when you first start out. However, once you get there, Draft becomes an entirely different and awesome experience, so enjoy the journey and best of luck! 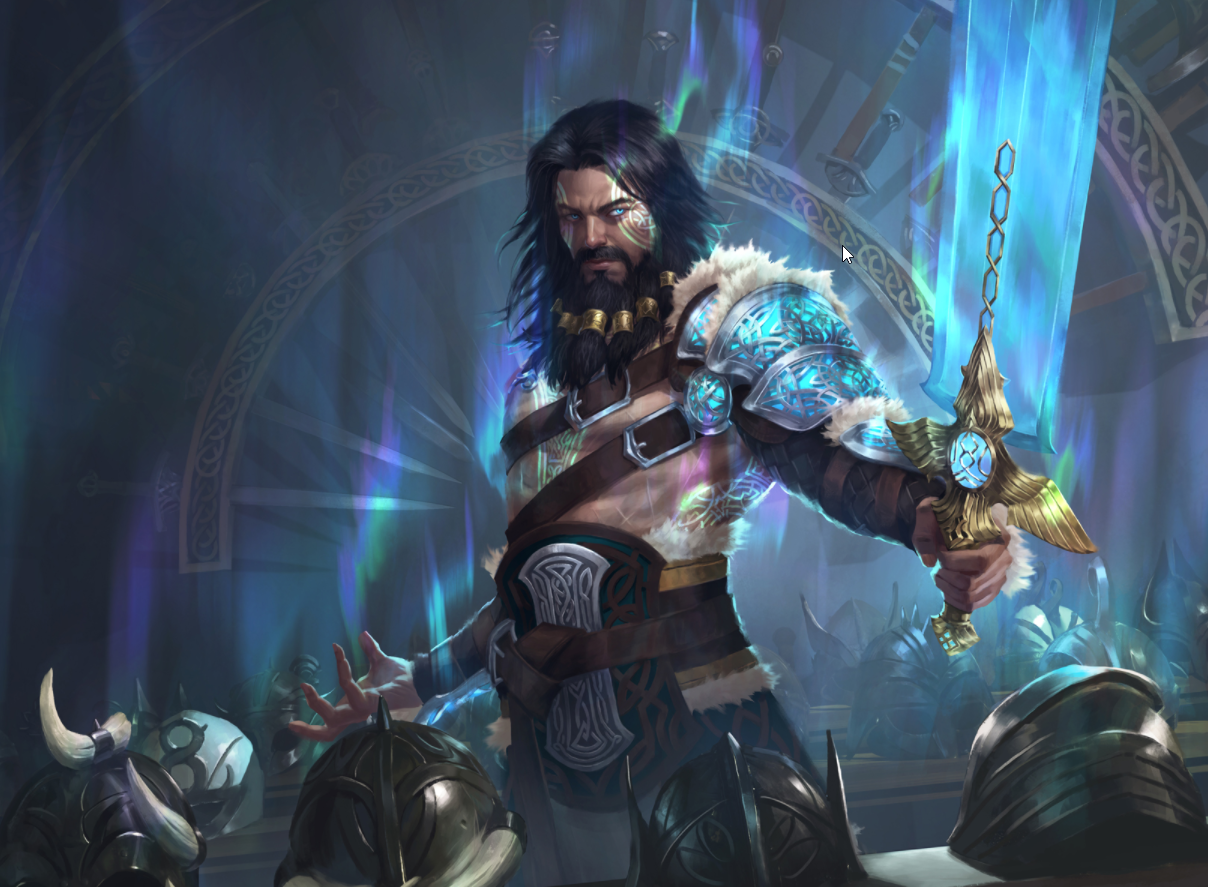 BadMoonMTG looks at the current Standard metagame and speculates on changes we'll see introduced with Kaldheim. 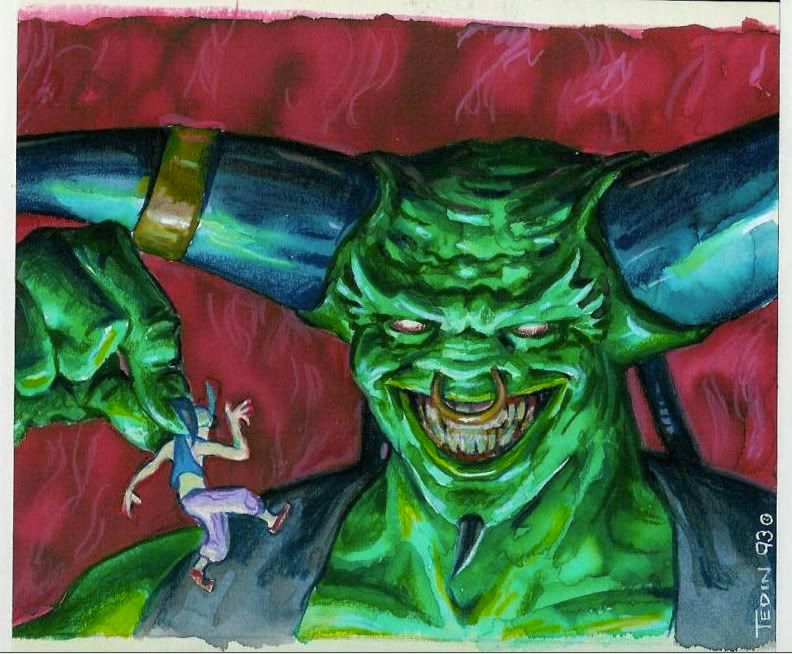 Welcoming in the new year by shining the Glaring Spotlight on Shivam Bhatt, Magic podcaster and Commander Advisory Group member.