With the announcement that the Pro Leagues are gone and WotC sounding like they want to host more events and put more money into them to incentive lower level players to competitive play, I wanted to share some ideas I’ve had on what a possible structure could look like.

I’ll go over the type of events we should have, their structures, payouts, and what this means overall.  These are all personal thoughts I've been tossing around for a few weeks, as they come up, so I apologize for any potential missing detail or numbers that may be slightly off.

This is the big one. People like championship events. However, the bottom line is that there should be a page that gets updated regularly and shared EVERY time someone qualifies for Worlds. Quarterly announcements related to the World Championships. Make it important. Make it mean something. Have people ready to watch so the winner of the event matters to the maximum number of players.

This event needs to be both exclusive with a limited number of qualifiers but also large enough that the average player can find someone to root for. I’d like to see this be a 64 person event. This would also give people a realistic shot at qualifying.

Points earned in the World Championships roll over to the start of the next year’s leaderboard.

These will likely continue to be the largest events that the average player attends. We would want to see these world wide. I think there will always be an issue of which countries get these events and how many. Sadly though, it makes sense to continue putting more where there are more players. You reach more fans and even from a qualifying standpoint, it makes sense to have more players qualifying from regional with higher player density.

First of all, let's please change these back to Pro Tour: SET NAME. People want to refer to all of this as the Pro Tour, so let them. Obviously it will mean more ‘Promotional’ than ‘Professional’, but who cares. It’s a simple fix that people want.

This is a simple one with four of these per year.

This is something that could make being on the leaderboard important. Three of these per season. These would occur midseason during set 2,3 & 4. Set 1 is excluded as you wouldn’t have time to build a decent leaderboard prior to that.

The top 200 on the leaderboard may participate in these events for a prize pool of $75,000. WotC may invite up to 20 additional streamers, celebrities, and/or other personalities to showcase as part of this event to promote the game of Magic.

These events can be held online and are strictly for prize money. No seasonal points. Just a fun exhibition with commentary to get people more invested AND creates more awareness of the leaderboard. We’ll detail that in a bit.

These will be run at the store and regional level. Winners will qualify to participate in the following Championship event. Events must have 24 players to have the winner be eligible. This encourages organizers to better promote their events. This also promotes higher level competition by people earning their spots and not just spiking an 8-person event in the middle of nowhere.

This should be all WotC cares about running. Everything else should be run by independent organizations. However, these will require some assistance or changes from Wizards of the Coast.

First of all, they need to rescind the limit for entry and prizes in online events. Right now there’s a cap on what organizers can charge and the size of the prize pool they can offer. I’m not sure why and many other folks aren’t either. If events need to be restricted to some countries for legal reasons, then so be it.

In the end though we want our best organizers, working with the best tool, to run the best events. Let’s allow them to do this. I’d love to see other groups running large $10K+ events with maybe a $25-40 entry fee on MTG Melee. Lets get coverage of some higher stakes events.

Also to this end, WotC’s Twitch channel should have Z-E-R-O downtime. If nothing else it should be highlighting top streamers on a regular basis when they aren’t live streaming themselves. But more importantly, they should showcase every major event that’s streaming MTG.

Additionally, there should be people dedicated strictly to promoting and pushing news from both WotC events and Approved Independent Events (AIE). This would help to promote events around the world, but also raise the profile of players grinding those events. This could also serve as a reminder to players about the system and why each event matters. This would also be a chance to share the leaderboard and show how players are ranked for the year.

This person/group should be sharing deck highlights, event stats, leaderboard updates, event reminders, etc. They should have the social media account that every MTG player that is remotely interested in competitive play, or maybe even just organized play, should be following. This type of account is a benefit to players, but also a benefit to WotC.

Also EVERY, and let’s be clear here EVERY major event hosted by WotC should have coverage. Even if that means WotC working with local or regional organizers for one-off efforts. But there should never be an event without coverage. People don’t want to read about Magic, they want to watch Magic. We’ve seen that over the years. It just feels clumsy to have players trying to share notes and social media posts to keep up with what’s happening in an event. Just let people watch the events.

Now, the biggest part of all this and one of the most exciting will be WotC maintaining an official yearly/World Championship leaderboard. This would create some excitement for players. This gives players something to brag about amongst their friends. It gives people something visual to track their success. It’s easy for the average player to grasp. It makes playing in events matter.

Points could also be used by local stores, large organizers, or WotC as threshold for regionals, nationals, cash prize tournaments, or other types of events.

This creates a system where players can tangibly see themselves getting access to the prize money. This is a promotional budget that touches more players, creates more awareness, and potentially still leaves enough money in the system through both WotC and non-WotC events that pro grinders could still do well financially. 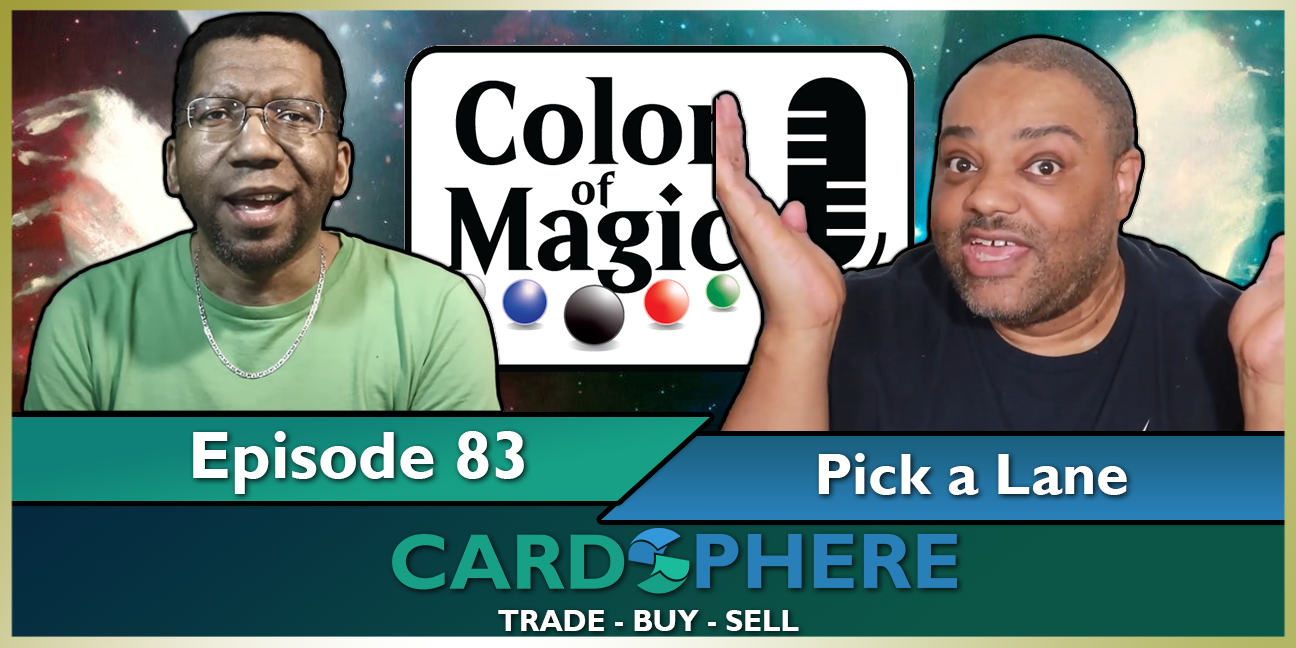 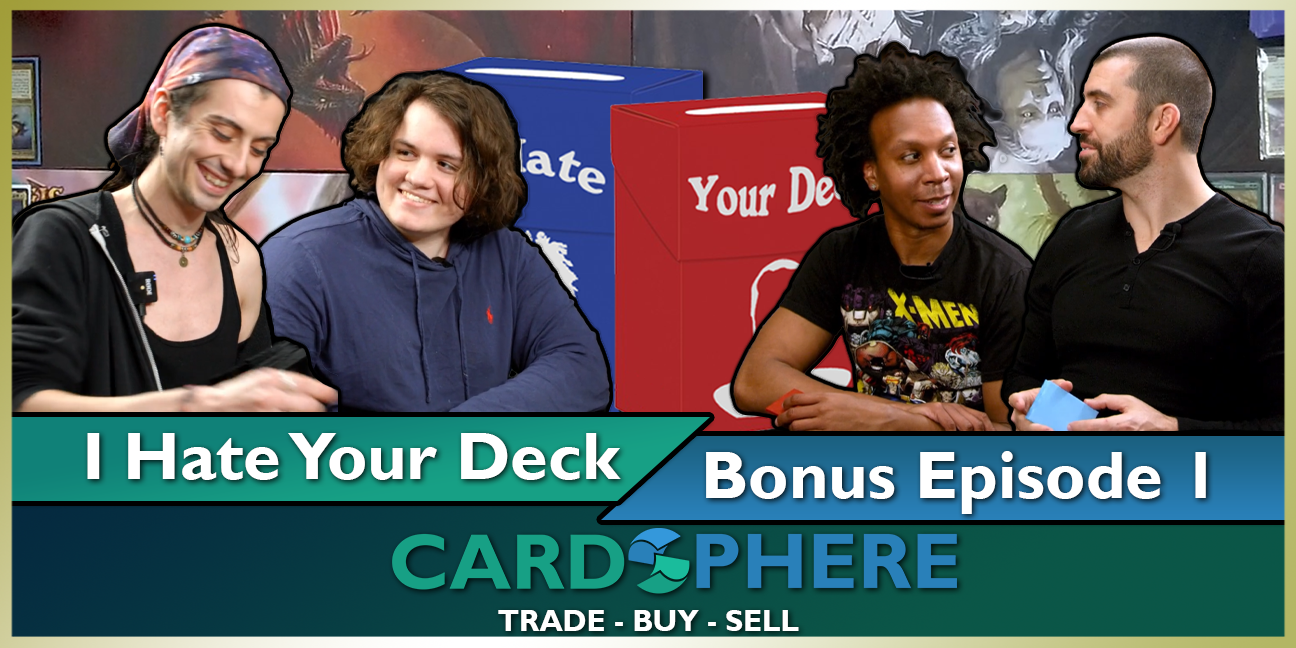 See the episode that was too salty for Youtube! Formerly a Patreon exclusive, it's Kalamax, The Stormshire vs. Daretti, Scap Savant vs. Kinnan, Bonder Prodigy vs. Aroma, Angel of Fury

Trading Posts
—
A Concept for Organized Play
Share this