In all honesty, when I looked at the full spoiler for Theros Beyond Death, I wasn't too impressed. There were cards that I thought were cool and couldn't wait to use in limited, but I was disappointed with the cards from a constructed viewpoint. However, now that I've gotten my hands on the cards and have had a chance to cast some of those "underwhelming" cards, I'm happy to say that this set has more cards than expected to sleeve up in Pioneer. As you can tell from the title, today I'd like to talk about 5 cards from Theros Beyond Death that you should definitely try out!

I have to at least mention Heliod, Sun-Crowned and Uro, Titan of Nature's Wrath because they are great. I already had UW Heliod Combo (with showcase Heliods) sleeved up and ready to play in paper before the set was even officially released on the 24th. Simic Ramp with Uro was the first deck I tried on the night that THB came out on Magic Online.

Everyone knew that these two cards were going to have an impact on the Pioneer format, so there's no point in me regurgitating information that you've already heard a million times. With that being said, let's get into the 5 cards that made me want to write this article, in no particular order:

Kroxa, Titan of Death's Hunger has been overlooked because everyone's first thought is to compare it with the other Elder Giant in the set. However, when you evaluate the card by itself without any comparison to Uro, Kroxa is great! Red Black Midrange is the Pioneer deck that I have the most reps with and Kroxa has been a very nice addition. The version of Red Black Midrange that I play is a little light on early game plays that are non-interactive.

Kroxa fills the role of being another early game play for the decks like UW Control or Lotus Field Combo where Fatal Push and Dreadbore have no early game targets, but Kroxa is also a late game threat that must be dealt with quickly. Aside from Liliana, the Last Hope and Kolaghan's Command, my graveyard is irrelevant. Most midrange decks play cards which benefit from the graveyard like Scavenging Ooze, a Delirium card like Grim Flayer, or a card with the Delve mechanic like Dig Through Time to get value out of their cards even after they've been used. Kroxa makes it so that my instant and sorcery removal spells in my graveyard are additional value once they're in the graveyard. I started with just one copy of Kroxa, but I quickly increased that to two because it was performing well every single time that I drew it. Because Kroxa is two colors, it can't be slotted into every midrange deck, but for any Rakdos Midrange, Mardu Midrange, Grixis Midrange, or even 5 Color Niv-Mizzet players reading this, consider giving Kroxa a try!

Here is the Red Black Midrange decklist that I've been playing Kroxa in:

Woe Strider is one of those cards that seems fairly unassuming when you read it for the first time, but it slides perfectly into a niche role in the Pioneer format. I have had some experience playing the Rally the Ancestors and Return to the Ranks before the release of Theros Beyond Death, but the addition of Woe Strider makes them much better by adding both redundancy and consistency. The deck only had Cartel Aristocrat as the main sac outlet before, but now you get an additional 4 free sac outlets. The increased consistency comes from the effect that you get from sacrificing a creature to Woe Strider. Scrying into what ever combo piece you need is extremely helpful. Do you need a Zulaport Cutthroat or Cruel Celebrant? Scry your way into one. Do you need a way to bring your entire graveyard back onto the battlefield? Scry your way into one.

Notably, if it's the Rally or Return that you're looking for, sacrificing creatures to find it doesn't matter since you'll be bringing those creatures back to the battlefield as soon as you do find it. The Abzan Aristocrats list shown here is from MTGO user Uniq. Uniq has had their Abzan Aristocrats lists published in the last two 5-0 decklist drops with 74/75 cards being the same across the two published lists.

Some of the best decks in Magic are those that turn the downside of a card into an upside. Lion's Eye Diamond has a huge downside, but the card is incredible in Vintage Storm where you want cards in your graveyard because of Yawgmoth's Will. Death's Shadow has the downside of only being playable later in the game when your life total is low and you're nearly dead. However, decks built around Death's Shadow led to discussions of a potential banning of the card in Modern and a 2nd place finish at Pro Tour 25th Anniversary in Legacy.

Do I think that Treacherous Blessing is as good as those two cards? No. However, I used them as great examples to show how powerful cards with downsides can be when put in a deck properly made to counteract those downsides. Treacherous Blessing has a great upside of drawing three cards for three mana, but then you start losing life for casting your spells, which is a pretty large downside. However, when you can get rid of it without casting any spells and losing any life, it feels great. The way we do this is by pairing it with Doom Foretold and Final Payment. Both cards allow us to remove the Treacherous Blessing without losing any life. This basically means that we payed three mana to draw three cards AND got upside out of the deal by not having to sacrifice something else to the Doom Foretold or having to pay one of the other cost to cast Final Payment. I don't know about you, but three mana draw three with upside seems pretty good to me. The deck list shown here is a 5-0 list by Tealcerando that is built to maximize Treacherous Blessing and has an enchantments theme so that it can utilize Starfield of Nyx to close out games.

This is the only card on this list that I don't have a specific decklist for because Shadowspear has mainly been showing up as a sideboard card in Pioneer. We've seen effects that remove Hexproof and Indestructible before, but none have been quite as good as Shadowspear. I'm not really looking to sleeve up Bonds of Mortality, Detection Tower, or Glaring Spotlight anytime soon, but I am looking to sleeve up Shadowspear. There are a few important distinctions that make Shadowspear much better than these other in Pioneer. The first big distinction is that Shadowspear can be brought in for matchups where the Hexproof/Indestructible thing is irrelevant.

Sometimes against Mono Red Aggro or Mono Black Aggro, you just need to gain a little extra life to stabilize and Shadowspear giving Lifelink allows you to do that. Sometimes against Elves or Tokens, you just need to give a creature Trample to finish the game so they can't chump block and stall long enough to stabilize and Shadowspear, again, does that.

The second big distinction between Shadowspear and the other options is the word permanents instead of the word creatures. Because the wording says permanents, we can do so much more. There are a few noncreature cards with Indestructible or Hexproof that are helping to define the Pioneer metagame right now. First is Lotus Field. Being able to use something like Field of Ruin or Assassin's Trophy to disrupt their gameplan is extremely hard for the Lotus Field decks to come back from. The other 22 cards that make the word "permanent" important are the God cards. Not all the God cards, but the 22 that are noncreature permanents while on the battlefield until a certain devotion requirement is reached. Being able to destroy a Heliod, Sun-Crowned, Thassa, God of the Sea, or any of the other 20 when they aren't creatures is a big deal. Now, you're not just stuck with Cast Out or Detention Sphere as your outs to these Gods. Shadowspear isn't the kind of card that you can fit into every deck, but if you have the removal to support it and the creatures to equip, then consider giving Shadowspear a try.

Well, I tricked you. The title said five cards, but you actually get six. The reason I've paired these cards together into their own entry is because they go in the same deck together. The Lotus Field deck that I talked about previously got much better with the release of THB and is now fairly reminiscent of the current Modern Storm decks.

The deck plays the mana reducers like Baral, Chief of Compliance and Goblin Electromancer like you would in modern. Due to a lack of Pyretic Ritual and Desperate Ritual, the deck plays Lotus Field and ways to untap it like Hidden Strings to generate additional mana. Modern Storm plays cantrips such as Opt, Serum Visions, Sleight of Hand, and Manamorphose, but the majority of those cards aren't legal in Pioneer, so the deck has to play with cards like Strategic Planning, Cathartic Reunion, and Discovery // Dispersal along with Opt. Modern Storm plays Past in Flames to recast spells from their graveyard and this deck uses the new card Underworld Breach to do the same thing. Unfortunately, we cant just recast things like we can with Past in Flames because Underworld Breach requires us to exile three cards from our graveyard in additional. To make sure we have enough cards in our graveyard, we play self-mill like Compelling Argument and Chronic Flooding. With Chronic Flooding enchanting our Lotus Field, we can keep casting Hidden Strings over and over again to generate mana because we make three mana and only use two and the enchantment makes us mill the 3 cards needed to exile for Escape.

Once we've generated enough mana and milled over all the cards in our library, we can cast Thassa's Oracle to win the game. Even if it gets removed before the ETB trigger resolves, our devotion will still be equal to the number of cards in our library, so we win the game. If they counter Thassa's Oracle or if we mill over it, we can just recast it because of Underworld Breach being in play. The previous win condition for the Lotus Field Combo decks was Jace, Wielder of Mysteries, but Oracle and Breach make the deck much faster and much easier to combo off. This decklist is triosk's 4-1 decklist from one of this week's earlier Pioneer Preliminary tournaments.

This concludes my article for today. As always, thank you for reading and I hope you enjoyed it and learned something new! Theros Beyond Death seems to be making a large impact on the Pioneer format and I can't wait to see what other new Pioneer innovations happen over the next few weeks now that we are post release! 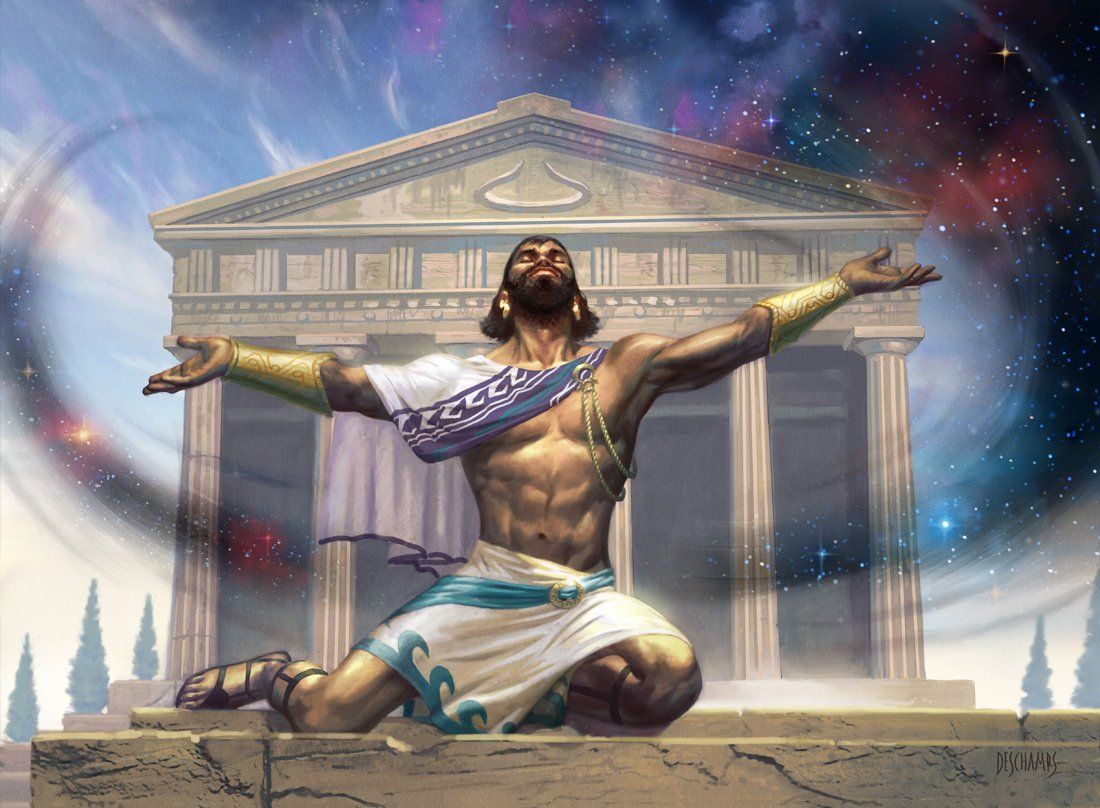 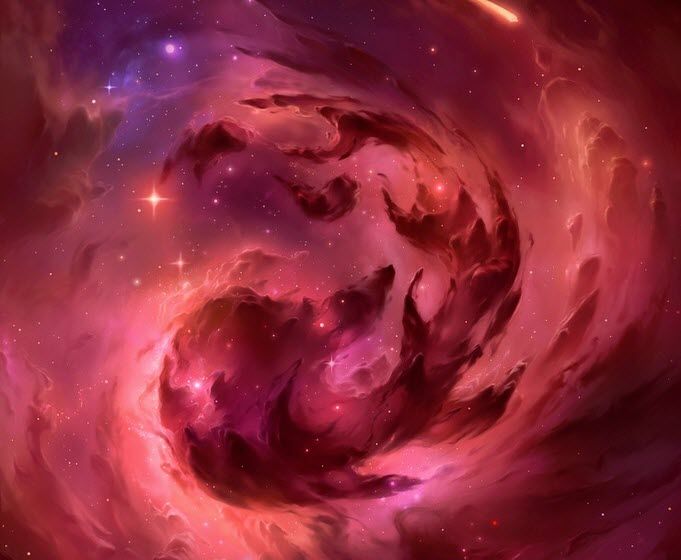 Cliff Daigle talks about applying WotC's reprint policy for 2020 to your specs, and what you should do with all those full art basics.