Streets of New Capenna has been out for a couple weeks at this point, and that means that elements of the draft format are starting to get figured out. While there is still a ton to explore, it is also at a point where you can have a much better idea of what's good and what's better left on the sidelines. I'm going to provide you with some of that information, giving you five tips that will help you do better in your next New Capenna draft. If you've been struggling in the format, or just want something to work on next time you join a pod, read on.

You can Draft Two Colors

With all the branding and storylines around the five families of New Capenna, it can be easy to think that you have to play a three color deck every draft. However, that is simply not the case. The allied color pairs actually have strongly supported themes, and decks like Green White Citizens or Rakdos Sacrifice are powerful even if you don't dip into a third color. The enemy color pairs aren't as viable because they lack the support of strong gold cards, but if you want to play an allied color combination than I'd say go for it (for reference the allied colors are Black Red, Blue White, Red Green, Blue Black, and Green White). Even if you do end up playing three colors, it is often best to run it as a two color base deck with a slight splash into a third color, giving you access to some powerful cards without going completely crazy with your manabase.

Speaking of manabases, building a good one in New Capenna is a great way to improve your win percentage. With the family fetchlands like Riveteers Overlook and the dual lands like Skybridge Towers appearing at Common, it is relatively easy to end a draft with three, four, or even more nonbasics to boost your manabase. Your deck only has room for 23 spells (with a typical 17 land manabase), so any time you can improve your mana by picking a land over a replaceable card makes a big difference. Every drafter can remember times when they lost due to getting color screwed or mana flooded, and New Capenna actually has the tools to fight some of those issues by providing nonbasic lands to draft. Prioritizing mana becomes even more important when you are trying to play a fully fledged three color deck, as those decks are even more prone to missing mana difficulties.

Blitz is a new mechanic in Streets of New Capenna that lets you summon your creatures with haste, with the downside that they sacrifice themselves on your end step (you also draw a card when they die so you don't fall behind on cards). It is a great tool to have in your arsenal, especially for aggressive decks, but it can be tricky to use and requires extra thought. While some cards, like Girder Goons are often going to default to their Blitz mode, cards like Mayhem Patrol and others lead to more complex scenarios. Playing a card that is only going to do damage to the face while not leaving behind a lasting board presence is often suboptimal in Limited, so you need to make sure you are getting the proper amount of value when you do end up Blitzing your creatures. It is a powerful option to have, but just because you can Blitz doesn't mean you should Blitz.

Some of the Commons are Incredible

A classic trap in Limited is the assumption that rarer cards are more powerful, but New Capenna's incredible Commons prove this wrong to an unprecedented degree. Of particular note are Inspiring Overseer, a card that is better than almost any Uncommon and most of the Rares and Mythics, and Jewel Thief another Common that is insanely strong. Other commons like Murder and Strangle are also great, but still not as dominant as the Thief or the Overseer.

How should this impact your drafts? Well for starters, if you see one of these cards late it is generally worth picking, as it is a strong indication that the person passing to you is not in that color. In some sets seeing a strong Common could just mean that the player took a better card of a higher Rarity, but since that is much less likely in New Capenna (as the Overseer and Thief are better than most of the Uncommons in their colors), seeing one of those cards means it is more likely that the color is just open. Use that knowledge to make better decisions during the draft.

Brokers are the Best

Early experience with the format indicates that the Brokers family (maybe better known as Bant or Green Blue White) is the best color combination. Brokers gets to take advantage of many of the best cards (including the aforementioned Inspiring Overseer and Jewel Thief) in addition to strong three color cards like Lagrella, the Magpie. It also benefits from the fact that Blue White decks and Green White decks are quite strong on their own, so you can start a draft in one of those directions and even if you don't go full Brokers you can have a great deck.

While finding the open colors is still the most important part of a successful draft (i.e. if the person passing to you is playing Brokers your deck will be significantly worse if you just force Brokers) you can factor this information into your picks by using it as a tiebreaker when the decision is close. Have a tough pick between a White card and a Red card? Maybe lean towards the White card because that can steer you towards a better color combination. With this technique you can lean in the Brokers direction and be ready to pounce when it is open!

Anyway, that is going to do it for this article. I hope you found these tips helpful and feel ready to crush your next draft. I've been having a lot of fun with New Capenna so far, and I'm looking forward to exploring it further myself. Until next time, happy drafting, and I'll see you on the streets! 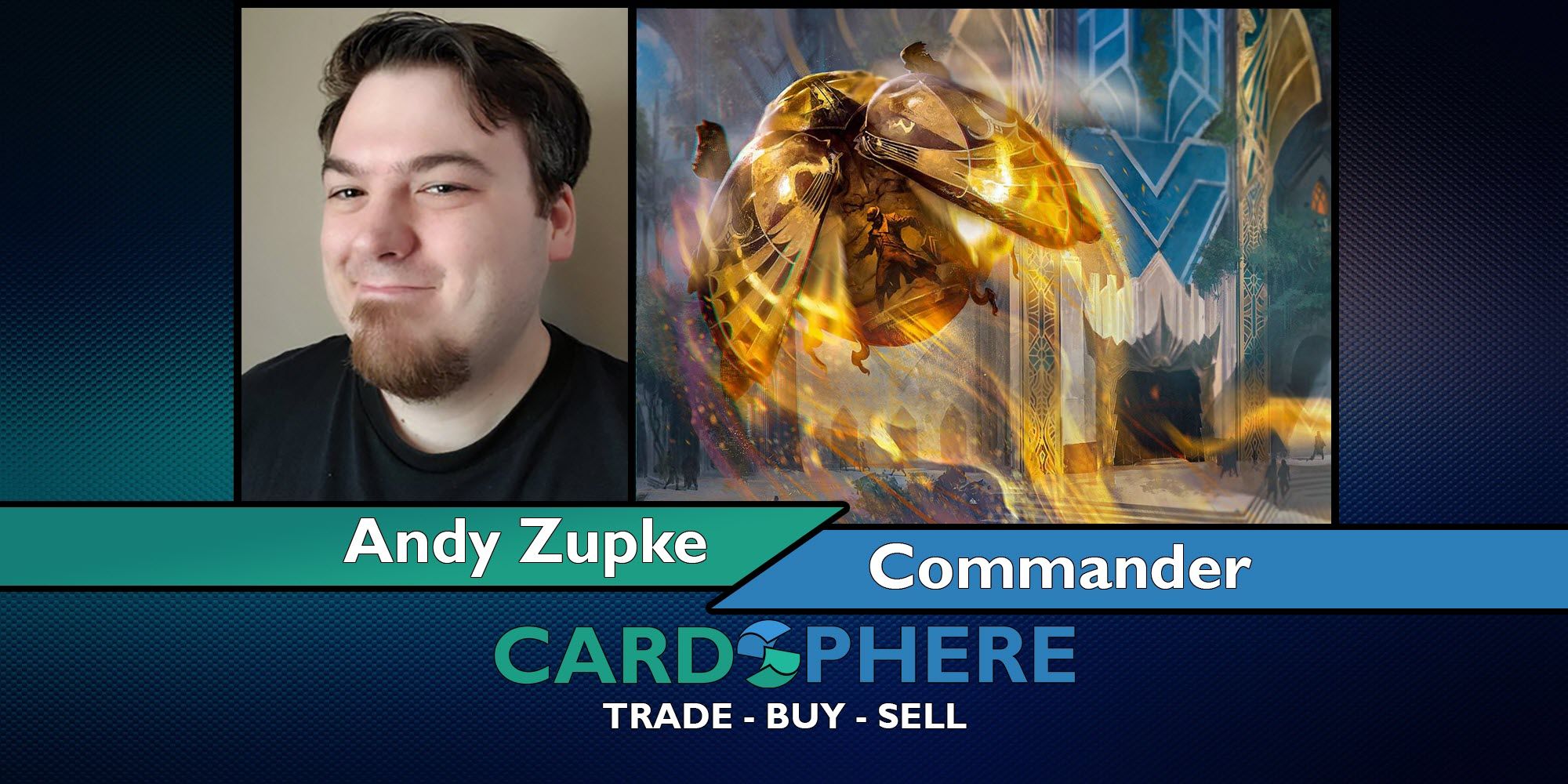 Andy Zupke gives us the goods on his top 10 picks for Commander from the Streets of New Capenna main set and Commander precons.

After a week of New Capenna limited, a few decks stand out from the rest. Gather your throng and grab your Brass Knuckles - with this info, you'll be all set for a Big Score!