Werewolves are on the prowl and Zombie roam the lands because Innistrad has returned once more in glorious fashion! Drafting Midnight Hunt has been a ton of fun so far, but I'm seeing a lot of comments from folks saying they are struggling to get wins in the new environment. A fresh Limited format can often feel overwhelming and tough to decipher, so in this article I'm going to be giving you five tips to get you pointed in the right direction! After reading I hope you'll feel more comfortable on Innistrad so you can start enjoying all the goodness and fun it has to offer!

In Forgotten Realms draft the synergy was not super high in general, and strong rates ruled the day. The cards tended to just do their thing, and it was hard to build a deck that felt greater than the sum of its parts. Luckily, that is less true in Midnight Hunt, where powerful synergies can overcome generically good removal and creatures. If you constantly feel like your decks are outmatched, try to make sure you have a cohesive gameplan and that all of your cards are working towards the same goal. Maybe that goal can be to assemble a hoard of Zombies and use them to your advantage, maybe you want the game to go long so you can grind out value from your graveyard, or maybe you want to sling tons of spells to power up your cards!

Regardless, there are tons of ways to make your cards work together in this set, so try to build a cohesive deck while you are drafting and be on the lookout for mini-combos and synergy!

Tip #2: Coven is Tricky, but Worth It

Coven is one of those mechanics that looks really simple on its surface but is actually hard to trigger without some work. However, the extra effort is worth it because Coven cards can become real powerhouses. Each Coven card becomes a challenge to assemble a three card combo (three creatures with different powers), and the results can be incredible!

For example, one of my favorite synergies involves Might of the Old Ways and Duel for Dominance, as their instant speed nature can make the combat math completely flip on your opponent! Another thing to look for is good enablers like Clarion Cathars (which gets you 2/3 of the way to Coven all by itself) and Timberland Guide (which helps you diversify powers), or creatures with uncommon powers like Gavony Trapper. Most creatures have 2 or 3 power, so getting those rare ones makes a difference. Also, Decayed Zombie tokens can be great enablers for Coven, so don't be too quick to send in your Zombies for just a couple points of damage when you risk losing Coven! Speaking of Zombies, I feel another tip coming up!

Tip #3: Decayed Tokens have Many Uses

One of the most intriguing new mechanics in Midnight Hunt is the Decayed zombie tokens that feel omnipresent in Blue and Black. There are tons of ways to generate them, and it feels like there are just as many ways to use them. From creatures like Skaab Wrangler turning your Zombies into pseudo removal, to removal spells like Eaten Alive making them into great sacrifice fodder, to massive creatures like Morkrut Behemoth coming down early by sacrificing a random token, the possibilities are endless. If your deck doesn't have a way to make extra use of them, getting in for 2 damage when you can is also a great fallback plan, but try to ask for more out of your mindless undead horde.

One of the best ways to interact in this set is to simply exile your opponents cards before the value gets to happen. There are plenty of ways to exile and giving them a little boost in your evaluation could be a great way to scoop up some wins. Disturb creatures and Flashback spells get a lot less intimidating when they only get cast once, and cards like Diregraf Horde or even Soul-Guide Gryff can be a great way to clear out some of those pesky two for ones! I wouldn't go down as far as Rotten Reunion but most of the ways to get rid of cards from the graveyard are surprisingly annoying to face. Removal spells that exile are also great in this role, so try to win the fun minigame of lining up your Burn the Accursed on their key recursive threat.... it's very satisfying!

Tip #5: Day and Night can be a Challenge

The day and night cards in Midnight Hunt are sometimes challenging to enable, so try not to put on rose colored glasses when you read them. Taking a turn off while doing nothing is incredibly punishing if you want it to become Night. Cards like Olivia's Midnight Ambush can be especially tricky because Black does not get many ways to begin the day and night cycle. If you are going to take the sweet Werewolves and other payoffs, make sure you have plenty of Instants so you can pass the turn and still enact your gameplan. Also make sure you factor the unreliability into your card evaluations, because nighttime is no guarantee. There is still a lot of power to be had with these cards, but unlike the real world, it feels like it is far more frequently Day than Night, and it is often neither!

Well that just about does it for this article! Midnight Hunt is a bit high on the complexity scale, and it leads to lots of challenging moments, but it is also the type of set where you can really express your skill and gain a real advantage with proper understanding! I hope these tips help you feel more confident when you dive back into Midnight Hunt, and until next time, happy drafting! 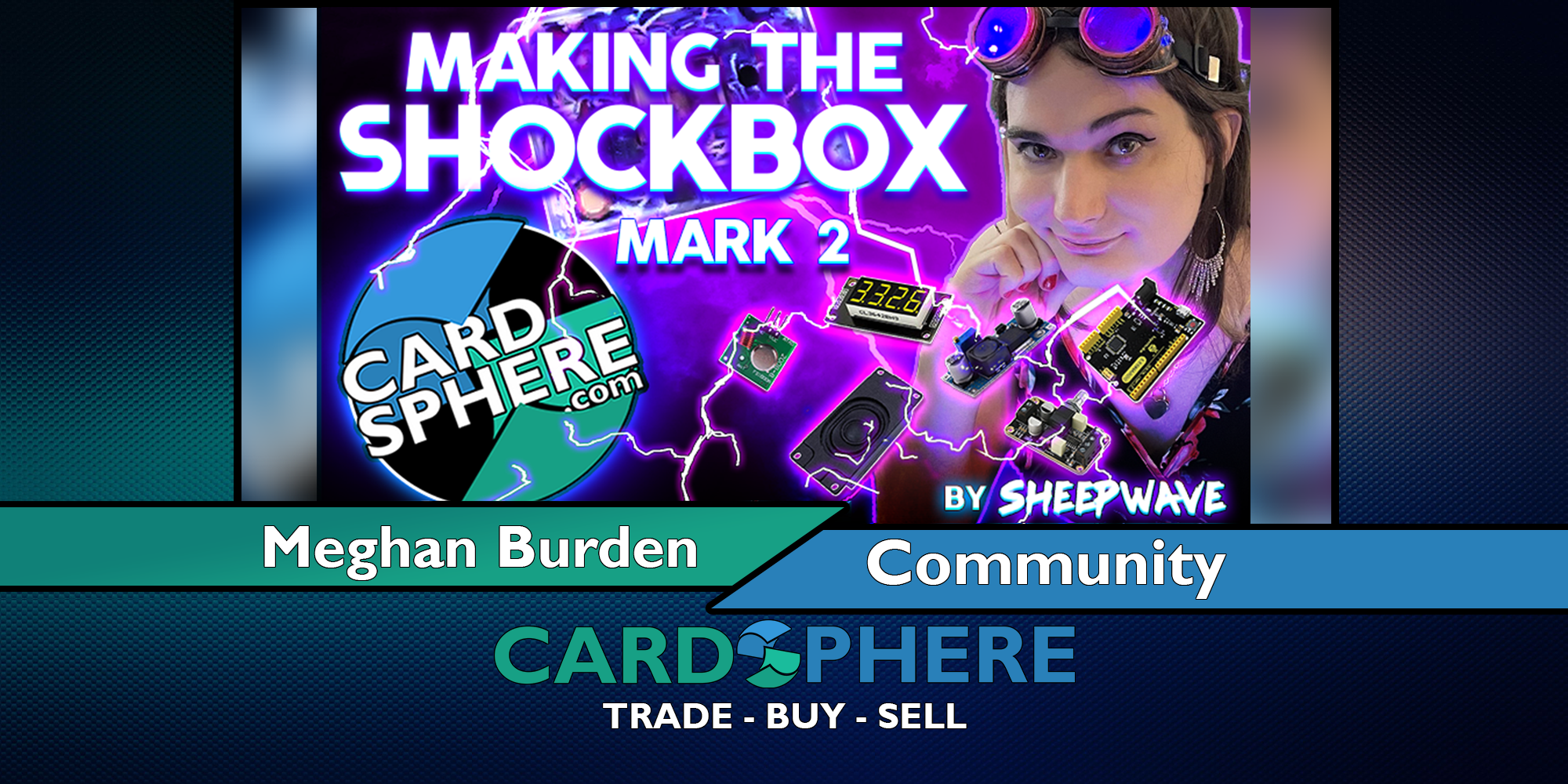 Sheepwave explains how she evolved the Shockbox in the Mark 2 design. Lots of fun for makers and commander players! 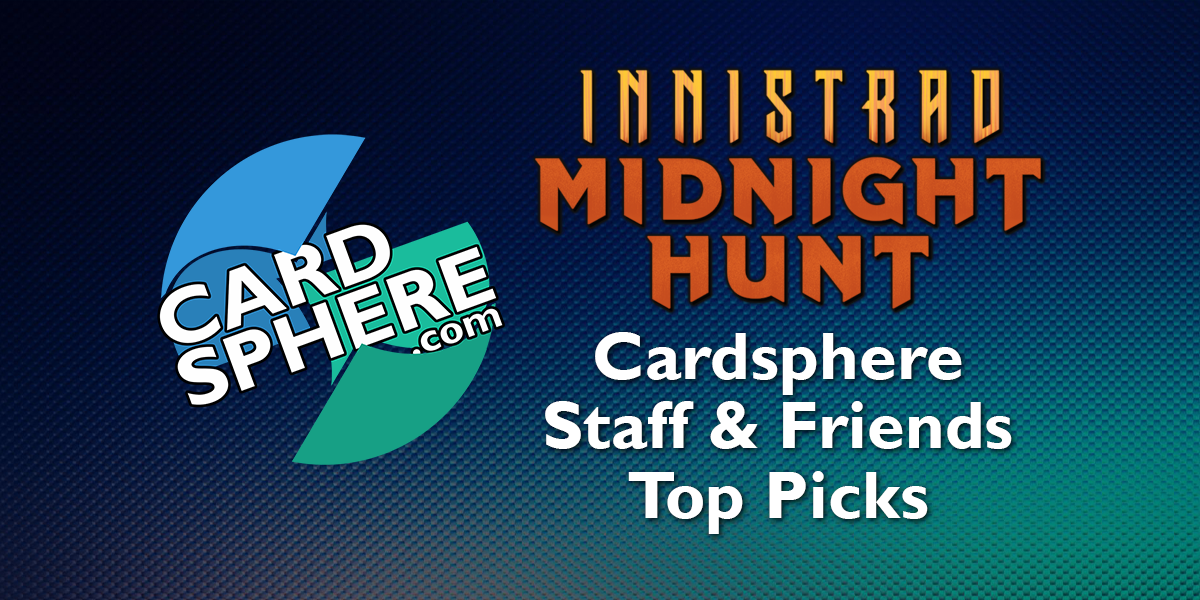