Crimson Vow has arrived, and with it a brand new Draft experience! It is an exciting time to be a Limited player, but it can also be overwhelming, as we acclimate to all the new cards and strategies. In this article I'm going to be making Crimson Vow a little less daunting by offering you 5 early tips to help you in your Drafts! Let's get started!

Removal is always an important aspect of Limited, but it is especially critical in Crimson Vow. There are simply a ton of must kill cards in the set, and the answers to those threats are scarce. It is critical to have a couple removal spells in your deck, even the clunky ones like Grisly Ritual. In some recent sets, removal spells that are enchantments have been a bit weak, but Sigarda's Imprisonment is actually a solid card even if Fear of Death is a bit of a miss.

It's also important to save your removal spells when possible, so try to answer opposing creatures with blocking when you can. This means that when your opponent does play a particularly strong card, you will be more likely to have an answer at the ready. A single copy of Bleed Dry can be the difference between victory and defeat, so make sure you use it wisely!

It is easy to bias away from a color pair because it was bad in the previous set, but I'm here to reassure you that Red Green Werewolves are much better than they were in Midnight Hunt and are certainly worth drafting! Not only are tribal synergies far more prevalent, but the cards themselves are significantly stronger. Payoffs like Packsong Pup and Hungry Ridgewolf even make the reprinted Snarling Wolf look good in some decks! Red Green is not a complex deck, you'll be fine if you mainly prioritize a good curve of creatures and some interaction, but it is nice to see the color combination bounce back after its lackluster outing in Midnight Hunt. There are no Silver Bolts in sight, and Werewolves are ready for their time in the sun... or moon I guess because... you know... Werewolves!

Blood is an amazing mechanic!

Mechanics that generate a token are often great. Clue tokens were a big success in earlier Innistrad sets and Decayed Zombie tokens were quite recently a very powerful part of Midnight Hunt. In comparison to these earlier tokens, Blood tokens may look a bit weak, as they do not affect the board and don't put you up a card, but it turns out that they just play out incredibly well. Rummaging away lands in the lategame is just the ticket in Limited, and it really keeps your hand well stocked with spells as the game progresses.

A card like Falkenrath Celebrants may look a bit clunky or mediocre, but it is a solid performer in any Red deck, as it essentially prevents you from drawing lands –  so you'll have all the action you need to close out the game! Sometimes a resource like Blood is only worth using with cards that generate some other advantage, like Bloodcrazed Socialite sacrificing Blood for damage, but in this case they are just good no matter how you use them! You don't need to be a dedicated Blood deck to benefit from this great filtering mechanic!

Training is Hard to Set Up

Setup Cost is a term that describes how difficult it is to use a card optimally. A card like Abrade requires no setup, as it will always be an efficient removal spell, but the Training mechanic has a high setup cost across the board. It is easy to imagine a Parish-Blade Trainee attacking with a couple counters and being a real pain for your opponent, but in practice the mechanic does not play out like that. Instead, your Trainee will often get outclassed on the board when your opponent kills its training partner, and by the time it is ready to attack with 2 power, your opponent has a 3/3 ready to block. When looking at the creatures that have Training, make sure that you are fine playing them if they never get a counter, as you will get a buff here or there, but in general you will get 1 counter tops if things go relatively smoothly. Putting all your eggs in the Training basket is just not a great plan in Crimson Vow, so make sure to bring plenty of extra baskets when possible.

Crimson Vow has a lot of game ending Rares, and a decent chunk of them are difficult to interact with or can snowball extremely quickly. There are going to be some games that you lose to those Rares, and it is important to have a positive mindset about it.

For me, it is far more enjoyable to look for ways to maximize my win rate instead of complaining about the format. The cards themselves are not going to change, so talking about hypothetical scenarios where cards are powered down is pointless if you're trying to improve, and there are certainly steps you can take to increase your chances of victory.

One method can be to draft an aggressive deck that wins before a bomb Rare comes down. Another is using sideboard cards like Discard spells to try and nab it before they cast it. Personally, I have found Counterspells like Syncopate and Syphon Essence to be solid in a lot of my Blue decks, and they are definitely a great way to stop a Rare in its tracks! Even if it feels bad to lose to one strong card, remember that you are also going to have powerful cards of your own when you draft, and there is still tons of room to gain an edge and maximize your chance of winning!

Well, that just about does it for my early Crimson Vow tips. A new set release is a great time to explore the cards and strategies, and it is always fun to find hidden gems and synergies! Hopefully my tips have given you some guidance and some extra things to consider so you can level up your game and improve at Crimson Vow Draft. Until next time, happy drafting! 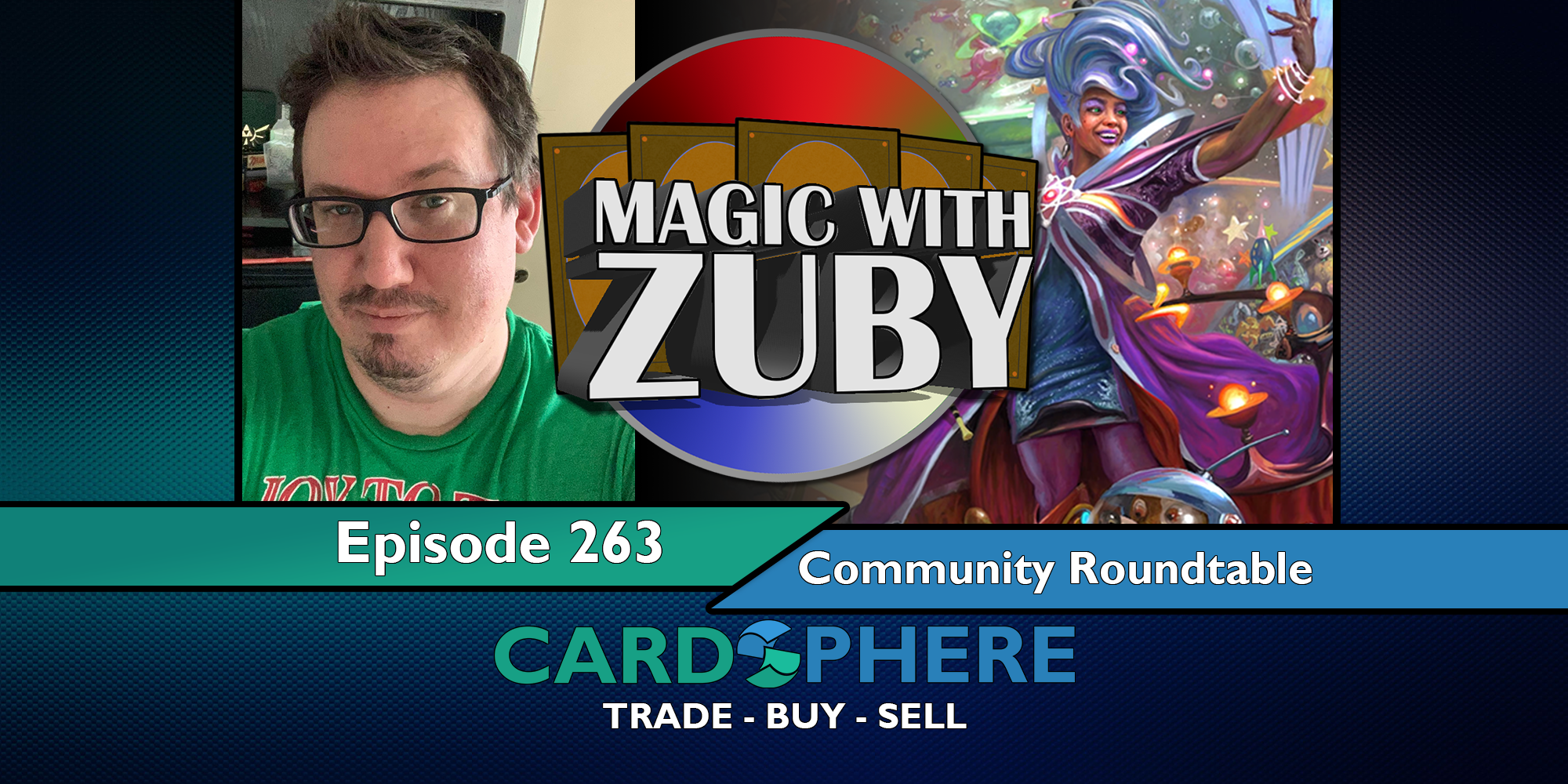 Zuby welcomes members of the Magic community to the cast to discuss Unfinity, Crimson Vow, and more! 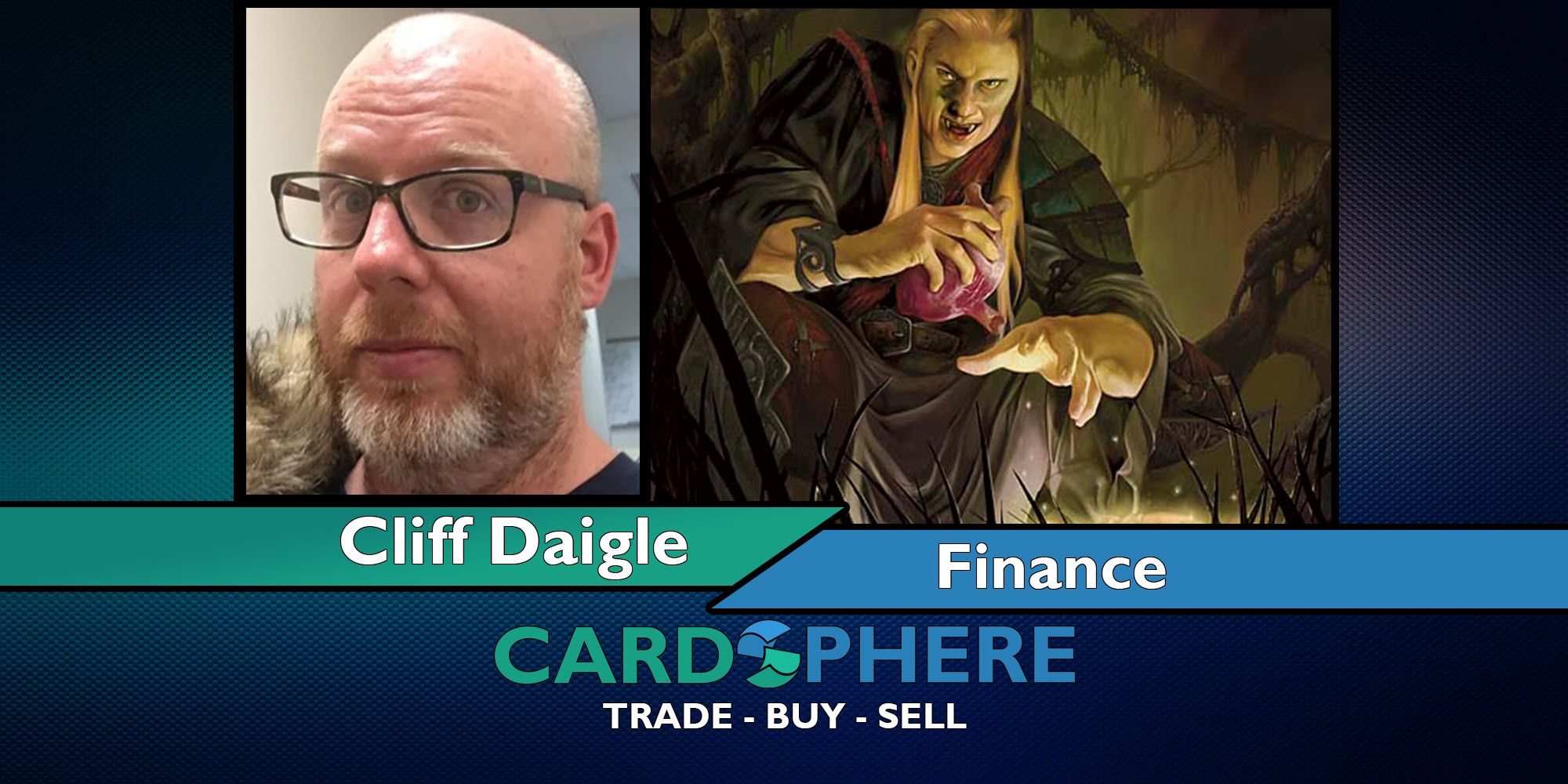 Cliff Daigle is back with another rock solid evaluation of product EV for current Secret Lair drops, and talks about the introduction of "mega-rare" variants.