Hey friends! We’re back with another Commander article here on Cardsphere. Kaldheim has officially released and we’ve once again been given a smorgasbord of potential lead singers for our Commander decks. So today, rather than give you a deck tech for just one legendary creature, I’m going to look at 5 different legends and give you a springboard into building a deck for each of them. All right, enough preamble. Let’s brew.

What I like about Svella, Ice Shaper is that it’s kind of a middle-ground commander. It’s not obviously broken or an overpowered value engine, but it’s also not a bad or uninteresting commander. Svella’s abilities are expensive to activate, but that doesn’t make it bad. Rather, it makes it challenging. And I love a good challenge.

We can't playMechanized Production since we're not in blue. So how can we win with a bunch of Icy Manalith tokens in red and green? How about Hellkite Tyrant? Svella makes artifacts, so let’s go full artifact themed. We want to make a lot of tokens, so let’s double our token output with Parallel Lives, Doubling Season, and Illusionist’s Bracers. Or Second Harvest for a one-time effect. We might also want to untap Svella for multiple uses with cards like Staff of Domination, Magewright’s Stone, Thousand-Year Elixir, and Seedborn Muse.

Or maybe you wanna use those tokens for other purposes. How about Destructive Digger to draw some cards? Or maybe Embraal Gear-Smasher to do some damage. We've got Goblin Engineer and Goblin Welder for getting other artifact cards out of the graveyard. Krark-Clan Ironworks lets us sacrifice those Icy Manaliths for some extra mana, or we can sac them to Kuldotha Forgemaster to search up some other big threats. Blightsteel Colossus, perhaps?

Let’s not forget about Svella’s second ability! It costs a whopping eight mana to activate, but if you’re making a ton of those Icy Manaliths, that shouldn’t be too hard to accomplish.

Orvar, the All-Form is one of the most exciting commanders from Kaldheim. Where we'll want to focus with this build is its second (and best) ability, which lets us make copies of our permanents whenever we target them with instant and sorcery spells. So let’s take a look at some of the cards I’m excited about for Orvar’s 99.

Twiddle! My goodness. Did you ever think a day would come when Twiddle would be one of the best cards in a Commander deck? We’re also going to include similar cards like Infuse and Jolt. We’ll even add Unsummon as a way to save our creatures from destruction or to remove an opponent’s threat.

I’m a big fan of trying to cast spells multiple times here. So we’ll want to run Isochron Scepter. Or cards with Cipher, like Hidden Strings. Or maybe Rebound is where we want to be, with Cast Through Time, Distortion Strike, or Taigam’s Strike. I like God-Eternal Kefnet here as well, as it allows you to essentially cast your spells twice. You might also want to copy your instant and sorcery spells with Primal Amulet, but keep in mind that copies won't trigger Orvar since they're not cast.

We’ll also want ways to get our spells back from the graveyard. Since we’re all about making copies of our stuff, let’s focus on permanents with ETB effects to bring our instant and sorcery cards back, like Archaeomancer, Shipwreck Dowser, Scholar of the Ages, and Mystic Sanctuary.

All right, so how do we win? Well, one option is to overrun our opponents with tokens. Let’s play cards that make us tokens when we cast our instants and sorceries. I’m talking about cards like Docent of Perfection (hey, Orvar is a wizard!), Murmuring Mystic, Talrand, Sky Summoner, and Metallurgic Summonings. We can also use our spells to tap stuff down with Niblis of Frost, or hit things with damage from Sphinx-Bone Wand. Or maybe you win by making a bunch of copies of Thassa's Oracle.

Or we can move into Magical Christmas Land and fantasize about resolving a Kicked Rite of Replication targeting Tidespout Tyrant. Hey, it could happen! Oh, also Sakashima of a Thousand Faces would like to join in on this fun.

Kardur, Doomscourge has two fantastic abilities. It Goads all of your opponents' creatures on ETB, and it also says that whenever an attacking creature dies, each opponent loses a life and you gain a life.

If we want to take advantage of that first ability and Goad your opponents over and over, we’re going to run Conjurer’s Closet, Splinter Twin, and Helm of the Host. We’ll also throw in Sanctum of Eternity to bounce Kardur, and Command Beacon and Netherborn Altar to get it out of the Command Zone if our Commander Tax gets too high.

Now how do we make sure there are a lot of attackers that we know will die? Red is great at making tokens for exactly this task. Rite of the Raging Storm is going to be great here, because the opponent has a choice of taking 5 from the elemental, or blocking and potentially losing a creature and losing 1 life in the process. Elemental Mastery will give us a bunch of attackers each turn. We can also activate Rakka Mar, Chandra, Acolyte of Flame, or Chandra, Flamecaller to make some quick attackers that are likely to die in combat. Purphoros’s Intervention gives us a big token attacker. Or we can give everybody a bunch of attackers, if they choose, with Tempt with Vengeance.

And for redundancy we’ll throw in Disrupt Decorum. Then cast Starstorm during a big attack. And let’s throw in Wound Reflection so our opponents lose twice as much life each turn.

When I Wear Stripper Pants, They Get Toralf

Here we have Toralf, God of Fury // Toralf's Hammer. Yeah, this one’s pretty cut and dried, we’re just casting a bunch of spells to do a ton of damage. But who says that isn’t fun? First things first, if we cast big spells like Blasphemous Act and Star of Extinction, poor Toralf’s not gonna survive. Since we’d like him to stick around, let’s throw in some protection. We’ve got Darksteel Plate and Hammer of Nazahn for equipment to give him Indestructible, as well as the new land Tyrite Sanctum. And since all of our spells will be red, we can throw in the various swords that give him protection from red, like Sword of Fire and Ice.

With that out of the way, let’s cast some damage spells! Starstorm and Searing Wind are great and all, but what if we beef them up with cards like Torbran, Thane of Red Fell or Fiery Emancipation? The extra damage adds up really fast. Or how about we copy the spells? Let’s throw in Double Vision, Primal Amulet, Pyromancer’s Goggles, Lithoform Engine, and Dual Casting.

For some extra added fun, we’ll throw in Birgi, God of Storytelling // Harnfel, Horn of Bounty. Both sides will be just peachy here. Also, have you heard of this lovely card called Brash Taunter?

The last commander we’re going to look at for Kaldheim is Vega, the Watcher. I like this one because it’s a bit of a contradiction. Vega wants us to cast stuff from places other than our hands, but then it rewards us by putting cards in our hands. Like, make up your mind you silly bird!

For real though, this card is a really cool card draw engine. It works great with several mechanics, like Rebound, Suspend, Retrace, Flashback, and the new Kaldheim mechanic Foretell.

I’m a big fan of casting other people’s spells, and Vega gives us a bonus for doing that. So we’re gonna throw in cards like Muse Vessel, Chaos Wand, Diluvian Primordial, Stolen Goods, and Talent of the Telepath. And there’s one card that, frankly, I’m a bit hesitant to mention. But if chaos is your thing, this one is for you. It’s called Shared Fate. With it, everyone stops drawing cards. Instead, we’ll now exile cards from opponents’ libraries in place of drawing and we can play those cards. We suffer from the drawback of not getting to play our own deck anymore, but where we come out ahead is that Vega will trigger for each of those spells we cast from exile, exiling even more cards for us to play. This one’s definitely not for everyone, and certainly not webcam-friendly. But it could be a lot of fun if your pod is up for it.

Or maybe we cast stuff from the top of our own library? We’ll use Future Sight, Precognition Field, and Magus of the Future for that. Aminatou’s Augury is also going to be fantastic here, as well as Djinn of Wishes.

That's a Wrap on Kaldheim

I didn’t expect to enjoy Kaldheim much. Especially coming after Commander Legends, which was just overflowing with amazing commander cards. But I gotta tell you, I’m really digging this set. There are a ton of funky cards in here that I can’t wait to get my hands on. Cards like Mystic Reflection and Draugr Necromancer are calling to me! I hope you’re liking this set as well. Hit me up on Twitter at @AndyZupke and tell me what you thought of my suggestions for these commanders, or your thoughts on Kaldheim in general. You can also catch me streaming budget EDH at Twitch.tv/scraptrawlers.

Check back in two weeks, where I’ll be continuing my series on deck building. Until then, take care, my friends. And play lots of games! 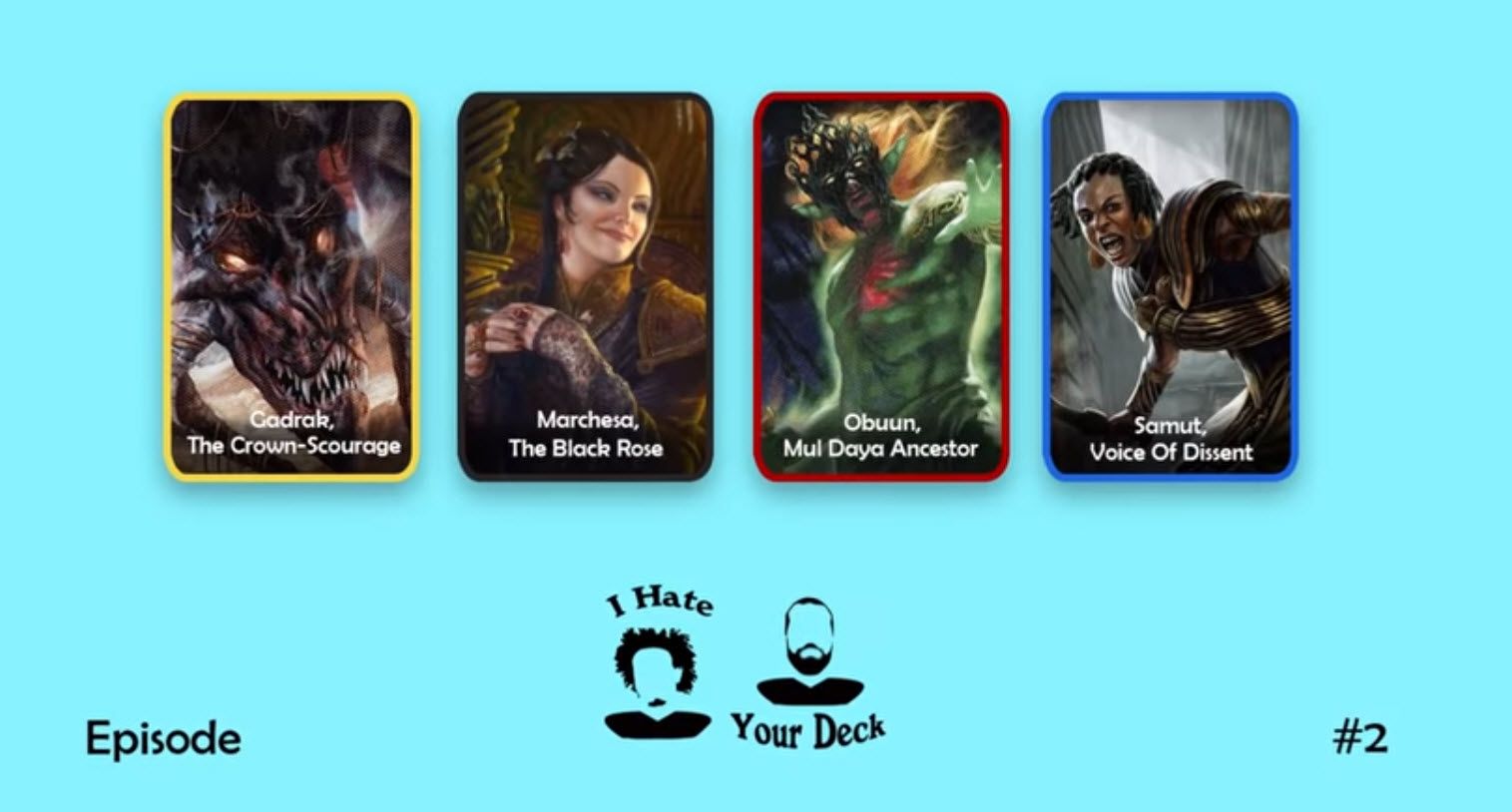 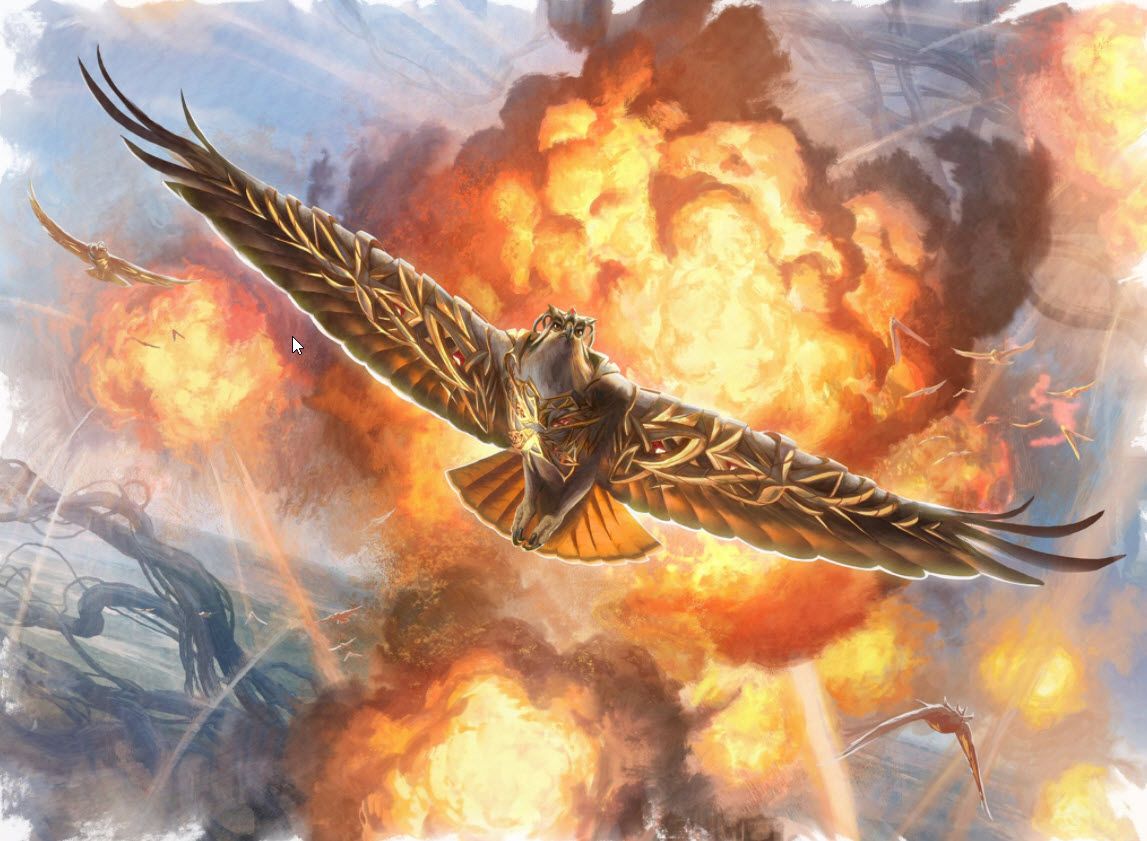 Kaldheim offers a rich Limited environment with enough nuance to keep drafters busy for a while. Here's NicolaiBolas' early thoughts on the format.