Hello everybody and welcome to my first article for Cardsphere! Level Ups are always my favorite articles to read because I know that they'll give me an edge in the long term, so today I'm kicking things off with a discussion of 5 simple Level Ups you can employ to see immediate improvement in your drafting!

Spend All Your Mana

Imagine you are in a cooking competition and are given 10 dollars to buy groceries. Sure, it might be difficult to get everything you need, but with some clever maneuvering you can manage. Now imagine how horrifying it would be to realize that your competitor was given 50 dollars instead of 10. Pretty bad right?

Magic players often impose upon themselves this very same problem.

Every time you choose to make an inefficient play mana wise, you should have a justification. For example, on turn 3 and you have the choice between playing a 2 drop such as Grizzly Bears or the 3 mana Divination. If you play the 2 drop, your logic needs to be something like "I am consciously choosing to spend 2 mana instead of 3, wasting 1 mana. It will be less efficient, but I am doing it to avoid falling behind on board and dying before I can use the extra cards." When these situations come up, the default should always be to spend your mana. Doing so lets you pull ahead on resource usage and sets up future turns. For example, if you do end up casting your Divination, you can then double spell the following turn with Grizzly Bears and another 2 drop. However, if you cast Grizzly Bears on autopilot, you risk further inefficiency on the following turn if you cast your Divination then. The first inefficiency compounded the problem and led to even more wasted mana!

We've all been there: you tap out and pass the turn to your opponent, who draws their card and gives you that wicked "I've got you right where I want you" smile, and then attacks with everything. What do you do? Well, it clearly depends not only on what creatures are on board, but also on what combat tricks they are representing. It feels absolutely terrible to line up blocks and then have your entire board cleared by a mass pump spell like Inspired Charge, and it also feels bad to line up a triple block their biggest creature only to get wrecked by a simple Giant Growth!

However, hope is not lost, for with a simple effort outside the game, you can make these in-game decisions easier. Each color in a set usually only has 1 or two playable tricks, so taking 10 minutes to memorize them sets you up for success in every single draft you do of a format. Next time your opponent attacks, you'll be prepared.

Do you ever think it is crazy how Constructed players can know the entire contents of their deck so effortlessly? Of course not! The entire point of Constructed is that they build their deck around certain cards and a particular strategy. Draft is more similar than you'd think, because knowing your deck helps you make significantly better in-game decisions.

A classic example of this is trying to push through the last few points of damage playing aggro. If you remember your Lava Axe, your mission should be to do whatever it takes to get your opponent to 5 life, which might lead you to making a suicidal attack with many of your creatures just to get in 1 or 2 more points of damage. However, if instead of Lava Axe you have a copy of Falter, a massive attack suddenly becomes an incredibly bad idea. It makes much more sense to just wait until you draw Falter and can attack through your opponents' blockers.

This comes up in simpler scenarios too, like when you have a double White 2 drop (something like Knight of the White Orchid) and decide to play Plains on the first turn of the game so you can play your 2 drop if you happen to draw it. These may seem like tiny decisions, but they are often game winning when made correctly. If you are playing digitally you can simply take a screenshot of your deck for reference (or use a deck tracking application), but in Paper Magic you will have to practice memorizing your cards. Start by memorizing your lategame spells or cards that you will hope to draw in topdeck situations, and over time you can start to memorize the rest.

Every turn of Magic is like a puzzle where you try to use your resources to advance your gameplan as much as possible. This sort of resource management rewards planning, and making the correct decisions is absolutely critical. However, many players frequently rush through their turns and make plays that they realize (often just a few moments later) were incorrect.

Magic is not a race, and if your goal is to win frequently, using more brainpower on each decision will help. Now, I'm not saying you should ruin the game for your opponent by making each decision in slow motion, but if you stop and take just 5 seconds to think after each and every draw step, you will win more games. It sounds ludicrous that such a minor change can make such a big difference, but going straight into autopilot is a good way to botch your turn.

"I drew a land so I will play it," your autopilot might tell you. Then your opponent casts Mind Rot and you realize that you got blown out by that same Mind Rot in Game 1 and that you really didn't need to play land 5 when you had nothing to spend that mana on anyway. Conversely, you might hold your land on autopilot, draw your Divination next turn, and draw into a land and another 3 drop once cast. If only you had played your land the turn before you could have deployed the 3 drop immediately!

Other times, you feel super excited to topdeck the removal you needed, but instead of going to combat and potentially blowing out your opponent if they make a double block, you just cast it right away. If you can force yourself to sequence your entire turn in advance and carefully consider all of your plays, you will see vast improvement.

Focus on Plays, Not Results

"My deck is great but I mulliganed to 5 so I got crushed."
"My opponent topdecked perfectly so I lost."
"I didn't hit my second color until turn 7, this game is terrible."

If you can move past the mentality of merely caring about results, not only will you play better in the moment, but you will improve more quickly because you will be constantly vigilant for your own mistakes. Losing a close round 1 can often lead to a loss in round 2 if you aren't careful, because if you are still fuming about your poor fortune you are more likely to make a dumb play. The human mind has a certain amount of space for thinking, and if you are wasting some of it being angry about a previous defeat or scared of what will happen if you lose your current round, you will play worse and lose more.

Similarly, just because you got blown out by your opponent's combat trick does not mean your decision was incorrect. You will often make decisions that work best in most situations and then feel bad when it doesn't work out, but if you keep making the higher percentage play you will succeed in the long run. Sometimes there's simply nothing you can do, and it's OK to accept that you lost because of bad luck. But if you really want to get better you must focus on making the correct plays, no matter the outcome. In the aggregate, luck balances out, so your mission should be to make the most of whatever fate presents you with in each situation.

Well that just about does it for this one. If you feel a bit overwhelmed about trying to implement all of these tips at once, just start with one and focus on it until you've accomplished it, then come back and start working on another one.

After all, the journey of a thousand miles begins with the first step! 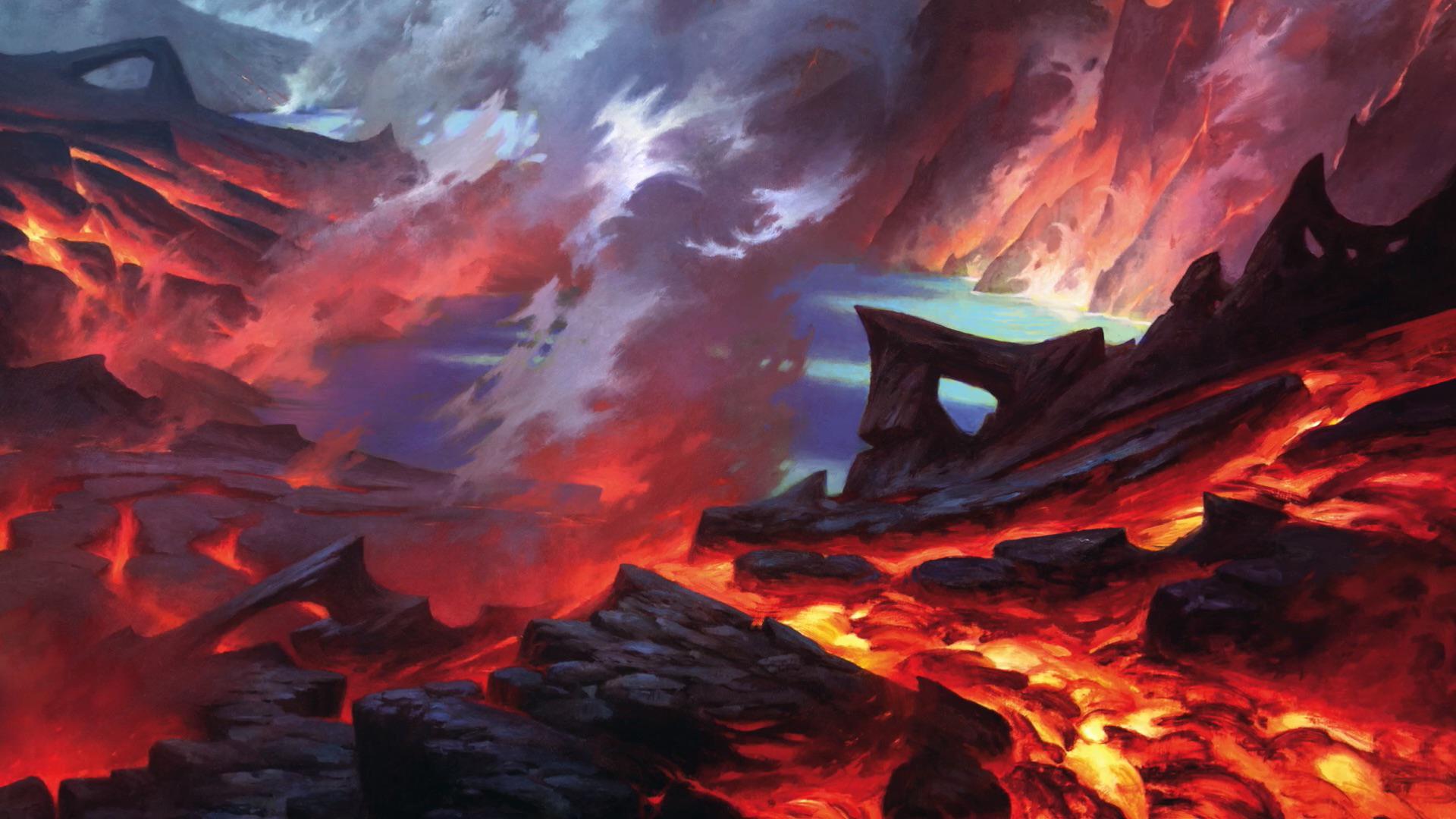 Darin Keener looks forward to another visit to Zendikar, and speculates on what we might find on the Adventure plance. Are you ready? 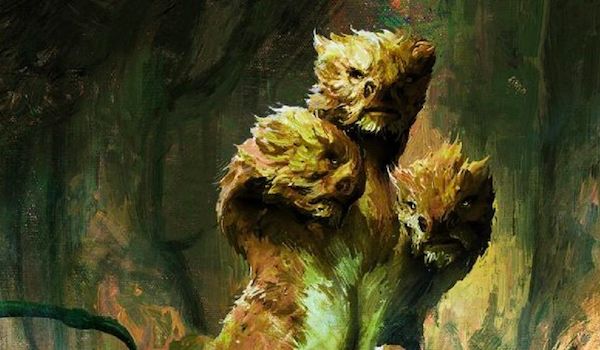 Skybilz examines the cards on which you should consider spending those wildcards, leadin up to rotation and Zendikar Rising.